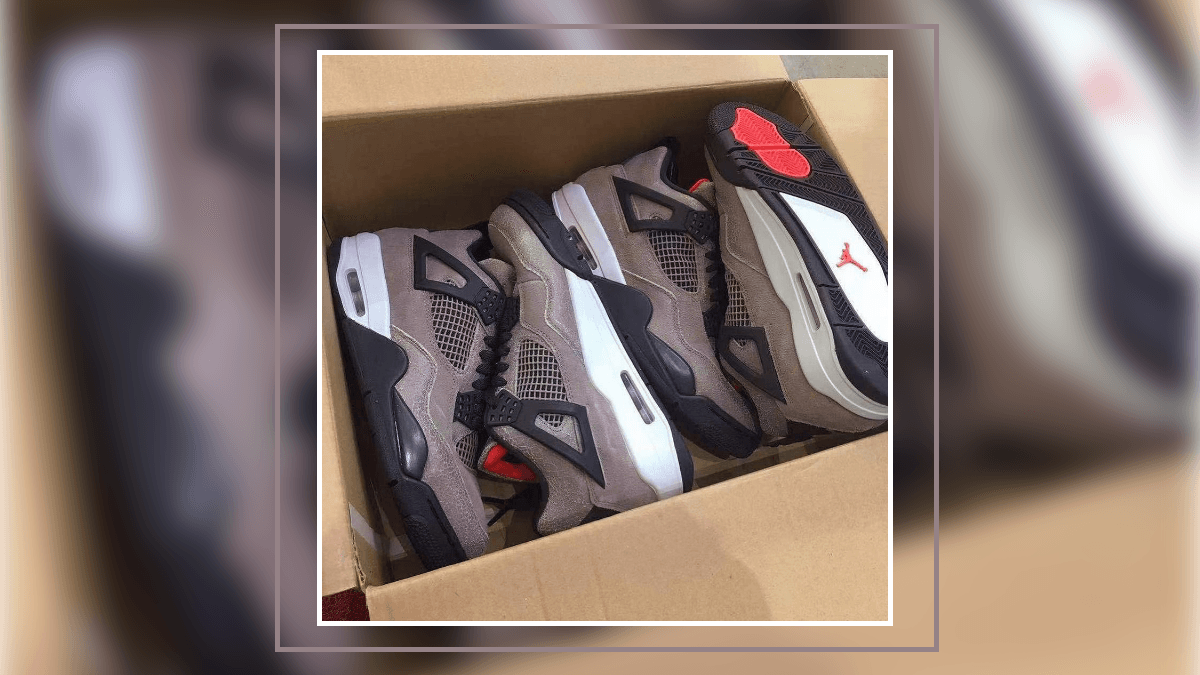 [Update 2. Dezember 2020] The next Travis Scott x Air Jordan 4? No, at least not this model. Even though it looks a bit like a Cactus Jack Jordan, this is the Air Jordan 4 'Taupe Haze'. Everything you need to know about the possible upcoming Jordan is now available.

So first to the release info, which is available so far. According to zSneakerHeadz, the Jordan drops in February 2021, and the exact release date is February 6th, but that could change. As far as the price is concerned, we assume that the shoe will cost 200€ in retail. As soon as we have more information about this, you will find it in our release calendar.

So, that was the release info. Now we come to the new sneaker of the Jordan Brand itself. The Air Jordan 4 'Taupe Haze' is, as the name suggests, a Jordan 4 and therefore one of the most legendary Jordan silhouettes that Michael Jordan wore in the 1989 season. The Jordan IV was designed by Tinker Hatfield, like many legendary Nike models before it.

In the season that MJ wore the Air Jordan 4, he statistically had one of his best seasons in his NBA career. He also had one of his most legendary playoff moments. In the first round MJ's Bulls play the Cleveland Cavaliers, the best of 5 series is tied 2 to 2 and the Bulls are down by one point with only 3 seconds left to play and the rest is, as the saying goes, history.......................

As already mentioned, the Colorway resembles the brown we already know from the Air Jordan 1 'Travis Scott'. But in this case the complete upper of the Jordan is in this brown and in addition there are black details on the upper, tongue and sole. Then there is the white midsole which completes the shoe. Unfortunately we don't know yet, if the Jordan has the Nike Air branding on the heel, but we hope so.

So, if there are any news about the release, you will of course find out immediately in our Blog.