Looking back at SNKRS Day 2022 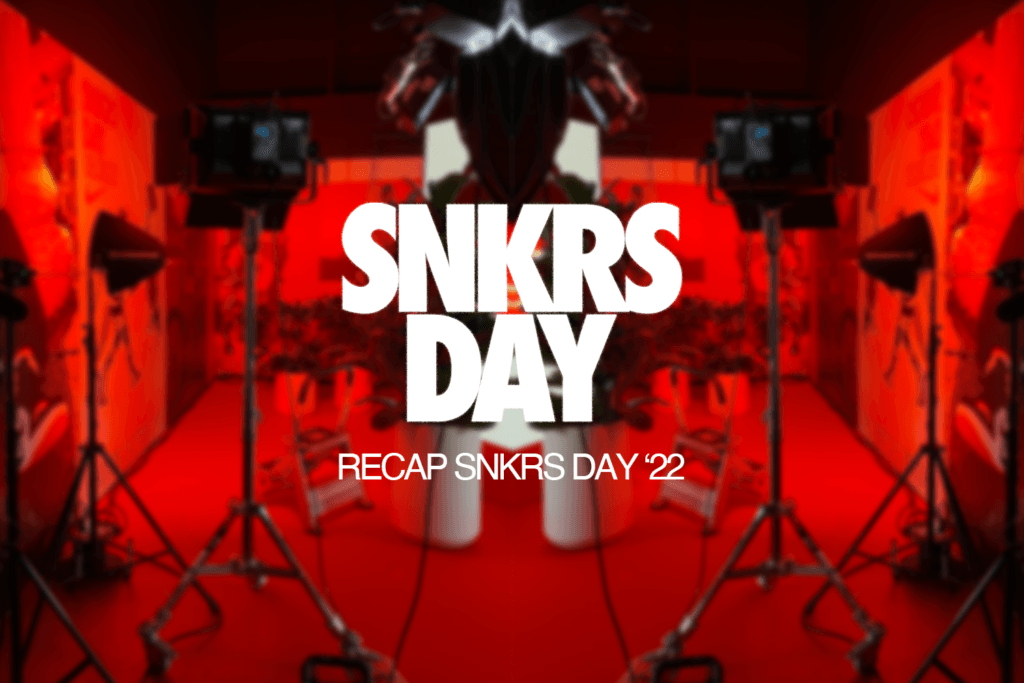 You surely haven't missed it. Monday 8 August 2022, it was SNKRS Day again. A day which was completely dedicated to the fifth anniversary of the Nike SNKRS app. With a programme of live shows, live broadcasts and several sneaker drops the event was a big success again this year!

During the event, Sneakerjagers provided you with behind the scenes content! We hope that you are one of the lucky ones who managed to score a pair and that you all had a blast during this special day.

Nike came out with four new releases on SNKRS Day 2022. It was easier to score a pair this year as the sneakers were made available in large quantities. This made an 'L' for many active Nike members a thing of the past.

Not only were these four models dropped, they were also talked about in detail in the four different live shows hosted by Will and Az. During the shows, you could also participate in polls and competitions.

The early birds were probably the first to score a pair. Before the first livestream, the Air Jordan 4 'Canyon Purple' could be unlocked at 9AM. What you had to do was find a specific image in the app, then scratch off a part of this image and tada there was your chance to purchase the sneaker.

The first live event took place at 1PM. This was before the drop of the Air Force 1 'SNKRS Day' which was due to release at 1.45PM. The event started with a Shoe IQ quiz, after that there was a switch to different Nike SNKRS pop-up stores in Europe. And of course the upcoming release was discussed as well.

At 3PM, the second live show took place and following this, the Air Max 1 'Tour Yellow' would be released at 4PM. The show covered the history and cultural influence of the Air Max 1 and again details were discussed about the upcoming colorway.

After the release of the 'Tour Yellow', we had to wait for the next stream, which would take place at 5PM. During this stream, there was a lot of chatter about the Air Jordan 4. It was quickly predicted that the Air Jordan 4 'Canyon Purple' would drop at the end. Again, you had to make some effort to be able to purchase the pair.

This time you had to scan an image using the SNKRS Cam, then the silhouette was displayed in 3D and you were directed to the sales page.

The last SNKRS live event started at 7.30PM. In this live show, the three cities competed against each other in a quiz. For the quiz, the contestants had to get into a taxi, which was a hint to the Air Jordan 1 High OG 'Yellow Taxi'. After the show, the Air Jordan was available in the SNKRS app.

To top it all off, there were live performances throughout the day by British rapper Knucks, Berlin-based Chapo102 and Parisian artist Bu$hi.

This was SNKRS Day 2022, which model did you manage to score?

Don't forget to keep an eye on our Instagram channels (@sneakerjagers and @sneakerjagers_wmns) so you won't miss out on events like this in the future!