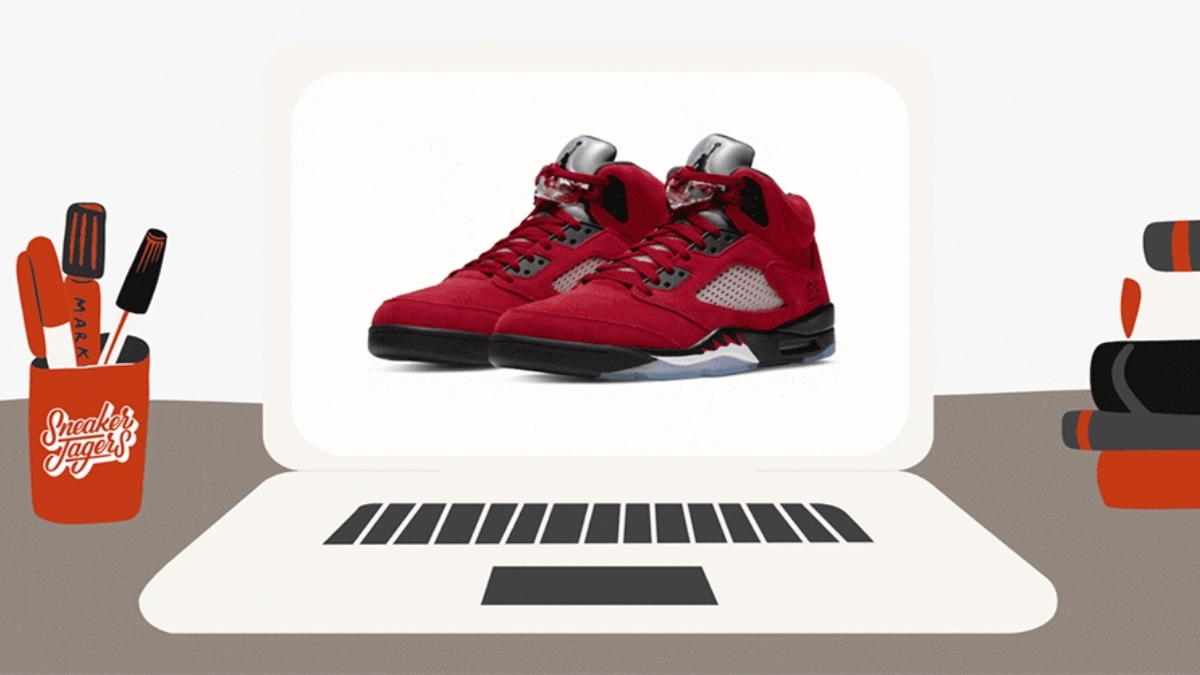 The Air Jordan 5 Raging Bull is mega hot! The rumours about the Varsity Red sneaker started months ago and now the second release of this model is finally in sight. You do not want to miss this fire sneaker! Read on for all the details.

The Air Jordan 5 'Raging Bull' finally makes its return in April 2021. Although the red colorway was originally bundled with a 3M version, it looks like only the red suede version will be returning. The Raging Bull and 3M versions were part of the "Raging Bulls" Pack also known as the "Toro Bravo" Pack from 2009. Both pairs came in a special wood-inspired box with a bulls eye.

Similar to the original 2009 release, this Air Jordan 5 features a red suede upper with matching red laces. On the heel of the sneaker, '23' is embroidered in the same colour as the upper. This makes the number almost invisible, but the black shadow still allows the signature number to be seen clearly. The tongue is covered in reflective silver and the midsole is made black. The outsole, on the other hand, features an icy blue look, which is quite translucent and provides contrast.

If you miss out on 10 April, you might find a few at GOAT or Flight Club!

Don't forget to check our release calendar to never miss an upcoming release. Or follow our Instagram channel for all the latest sneaker news and content!