The Yeezy Foam Runner gets a 'Vermillion' colorway 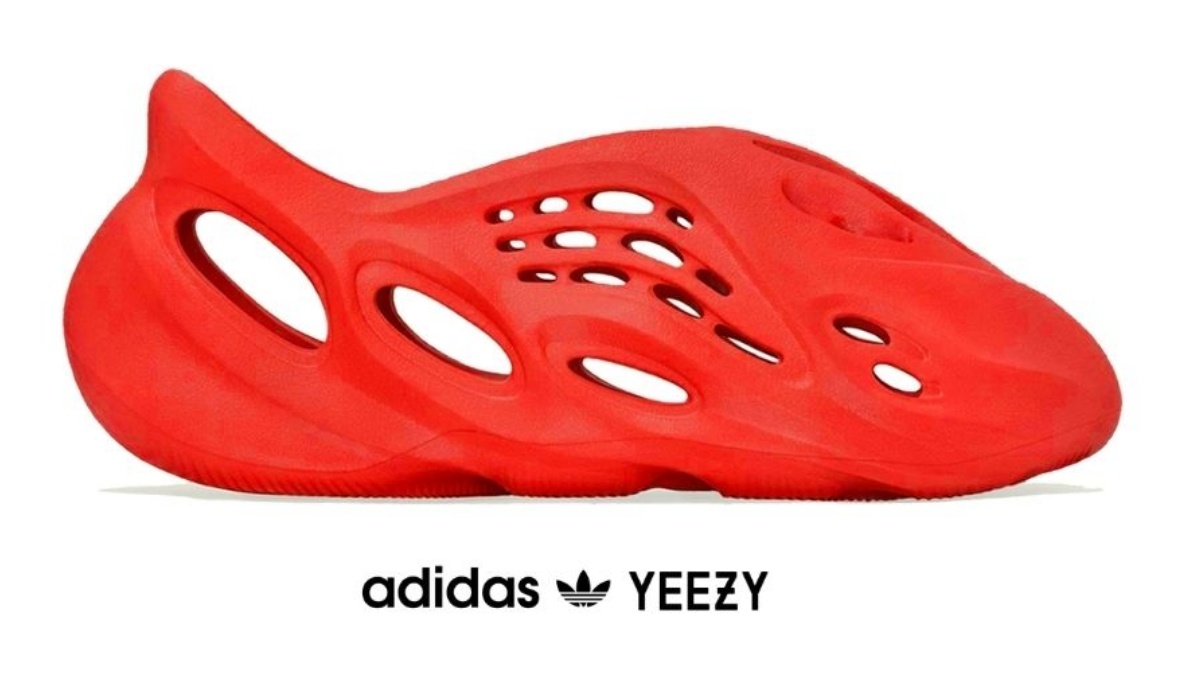 Images have emerged of the adidas Yeezy Foam Runner 'Vermillion'. With its red colour scheme, the lace-up model appears to be inspired by the iconic Nike Air Yeezy 2 'Red October'.

Before Kanye West became a partner of adidas, the artist released his Yeezy models under the Nike brand. For example, Kanye and Nike released the 'Red October' pair together in February 2014.

The shoe quickly attracted a lot of attention before the artist left the brand. Now the model is being sold for over thousands of euros on Stockx.

The upcoming Yeezy comes dipped in a red colour scheme. The upper and insert of this unique pair is made of EVA foam. This material makes the Yeezy very comfortable.

Furthermore, the model is also made of algae materials. Algae is a substitute material for plastic, which makes the flip-flop better for the environment.

adidas has unfortunately not yet announced the release date of the Yeezy Foam Runner 'Vermillion'. We can expect the pair in the fall of 2021. Are you curious which other Yeezy models have a release date? Check out our release calendar and follow us on Instagram, Facebook and Twitter.