The Vans Sk8-Hi gets a 'Freddy Krueger' version 👻 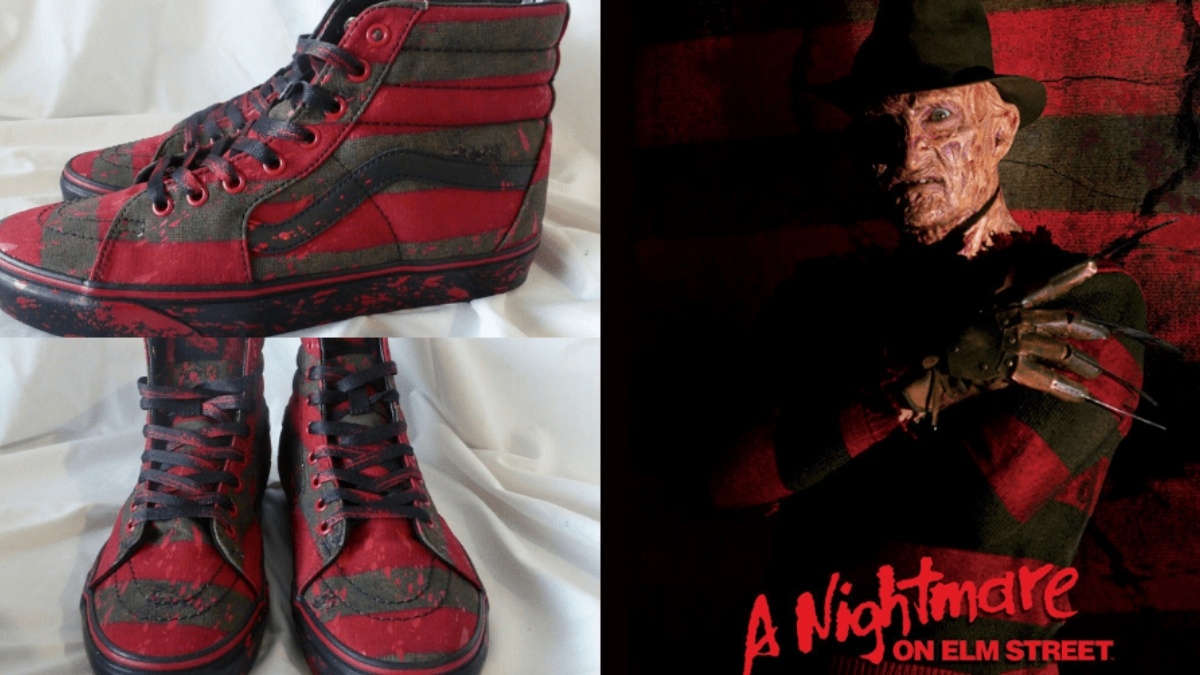 The Vans Sk8-Hi gets a 'Freddy Krueger' version for the spookiest holiday of the year. If you don't already know, Freddy Krueger is a character from horror film A Nightmare on Elm Street. In 2020, the similar Nike Air Max 95 'Freddy Krueger' released.

In the films, the Springwood Slasher wears a red and green striped long sleeve shirt. This colour scheme is reflected on the Vans Sk8-Hi. The canvas upper has adopted the same striped print.

To make the shoe a bit creepier, there are blood spatters all over the model. Even on the black laces and on the black midsole you can see the damage that Freddy Krueger did.

The Vans logo on the tongue and on the heel remain unharmed and have a black and red colour scheme. The logo on the sides are covered in blood spatter and are in black. Because of this colour you can see the splatters more clearly.

The Vans Sk8-Hi 'Freddy Krueger' doesn't have an official release date yet, but it will definitely arrive in time for Halloween. Would you like to add this pair to your collection? Follow us on Instagram and keep an eye on the release calendar. That way you will always be up to date with the latest sneaker drops.