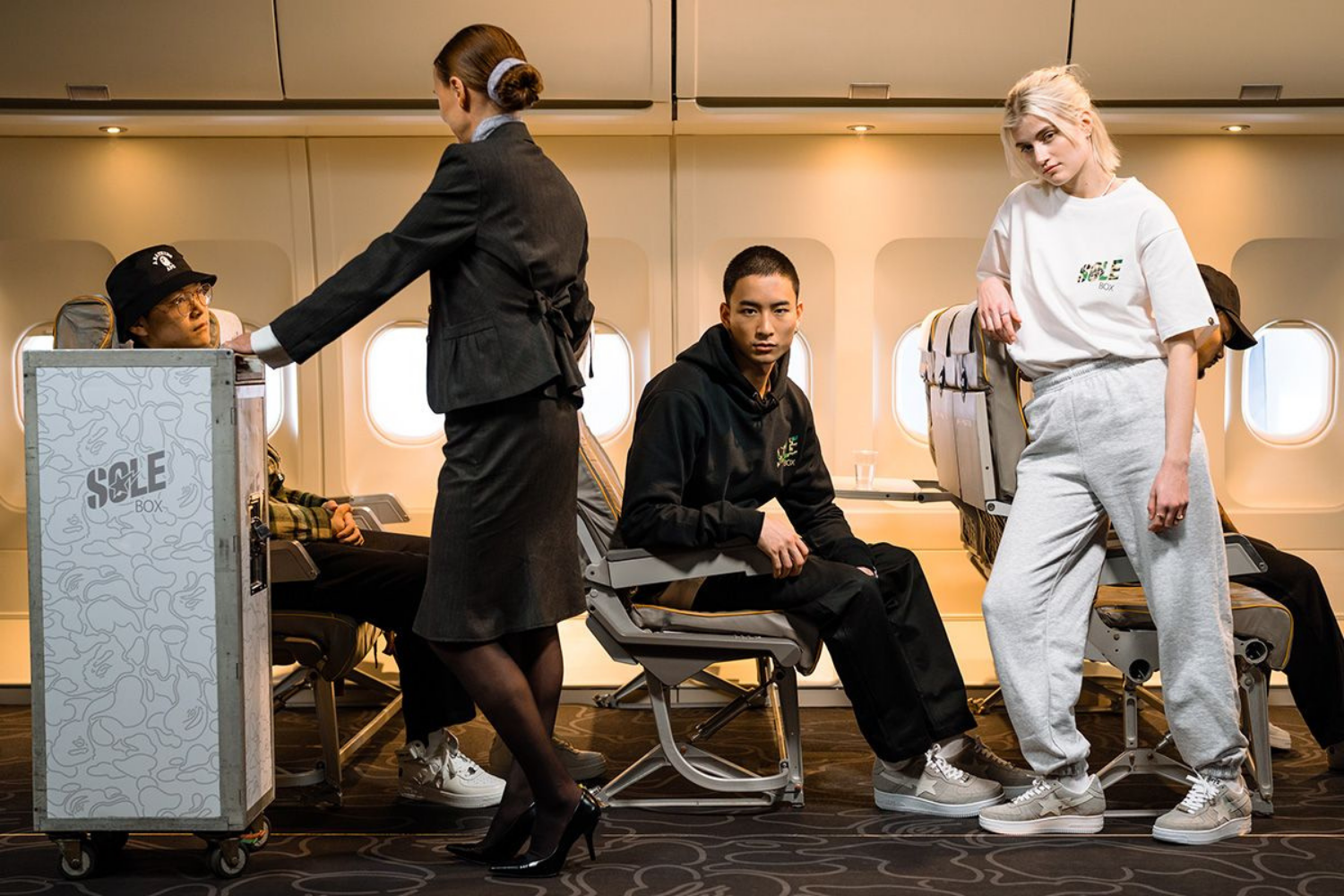 Solebox and BAPE drop a collection on 30 December 2021. In this collab, the famous BAPE STA sneaker gets a makeover and both brands come up with different clothing items. Along with the shoe, two hoodies and two t-shirts will be released.

The German sneaker shop Solebox is having a busy year. A few months ago, the store came out with a prototype of the EQT in collaboration with adidas. Only 300 copies of this pair were released, which made it a very exclusive sneaker. Now the store comes together with BAPE and the two names drop several items, including the famous BAPE STA sneaker.

The BAPE STA was a well-known sneaker especially in the '00s. The silhouette is reminiscent of the Nike Air Force 1 and has instead of a Swoosh on the middle panel, the STA logo from A Bathing Ape. In 2007, A Bathing Ape came out with the BAPE STA 'College Dropout'. This pair was released in collaboration with Kanye West and shares the same colours and name as Kanye's debut album.

The model has become a classic in recent years and now returns in the Solebox collab. Aljoscha Kondratiew, general manager at Solebox, explains in an interview with Highsnobiety (2021) where the inspiration for the collection came from.

According to Kondratiew, the cooperation with A Bathing Ape is a 'logical step'. BAPE was one of the first brands to join Solebox under Kondratiew's leadership, which makes it extra special for him. The collaboration for the upcoming collection took about two years. This was due to the corona crisis, but also to the disagreement about bringing back the OG model of the BAPE STA.

At the time when Solebox started its cooperation with BAPE, the updated version of the BAPE STA had just been launched. "I asked BAPE if we could bring back the OG shape", tells Kondratiew. "To begin with, it was a no." After several prototypes, the OG version was brought out and used in the collection.

The sneaker has a chic look and is made in Italy. The mid panel features the well-known STA logo in white and the upper has the ABC Camo print. The upper is made of suede and the tongue and midsole feature the BAPE logo. The Solebox logo is printed on the heel tab in BAPE style.

Besides a sneaker, Solebox and BAPE also come up with two shirts and two hoodies. The shirts come in a black and white colorway. On the back, the world map is printed in camo. The A Bathing Ape logo is also printed here. On the front, the Solebox logo is printed, as well as on the hoodies. These come in the colours grey and black.

According to Kondratiew, the upcoming collection is a unique one. "I think we are the first ones to produce the shoe in Italy, so manufacturing locally in Europe and adding another layer of luxury to the shoe is what I am proud of", says Kondratiew. The collection combines the DNAs of both brands and has a casual style and a striking look.

The items from the collection will be available on 30 December 2021 exclusively at Solebox. Check out the photos of the upcoming collection below.