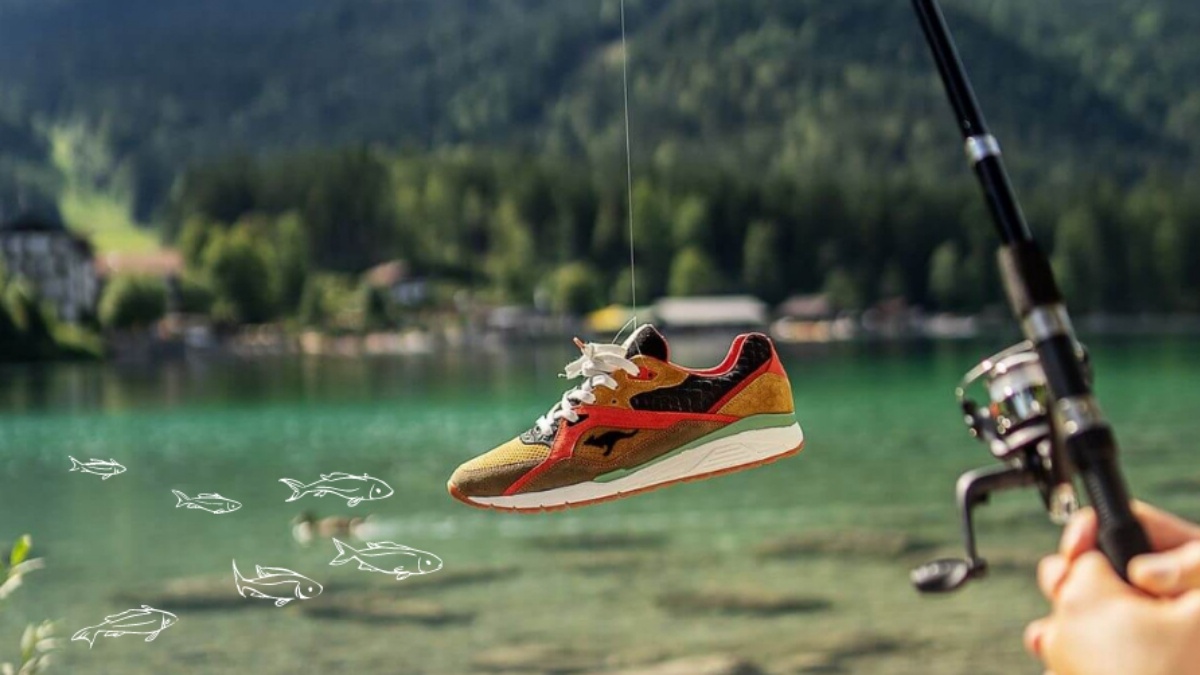 KangaROOS releases sneakers in their ROOS UNITED project with big names in the industry. Earlier in July 2021, a pair was released in collaboration with Morprime and Tommy Triggah. The third collaboration is with Bisso and Max Loewe. The model used in this collaboration is the Runaway ROOS 01.

This cooperation is inspired by sport fishing and in particular by the rainbow trout. The rainbow trout is one of the most caught trout species in both the Pyrenees in France and Bavaria in Germany.

The rainbow trout is native to North America and was introduced to Europe in 1879. The new fish caught the eye immediately as it has an iridescent pink band all over its body.

With this collab, Selecta Bisso and Max Loewe want to emphasise unity. A unity that allows one to work together without borders with the common goal of sharing passion.

The sneaker features the colours of rainbow trout. Green, pink, black and brown make an appearance on the upper. The black material has a print that makes it look like there are scales on these kicks.

The KangaROOS x Bisso x Max 'Rainbow Trout' will be released on Saturday 25 September at 00:00. Be quick because only 400 pairs have been made. Don't want to miss this release? Follow us on Instagram and download the Sneakerjagers app.