The History of the Creeper 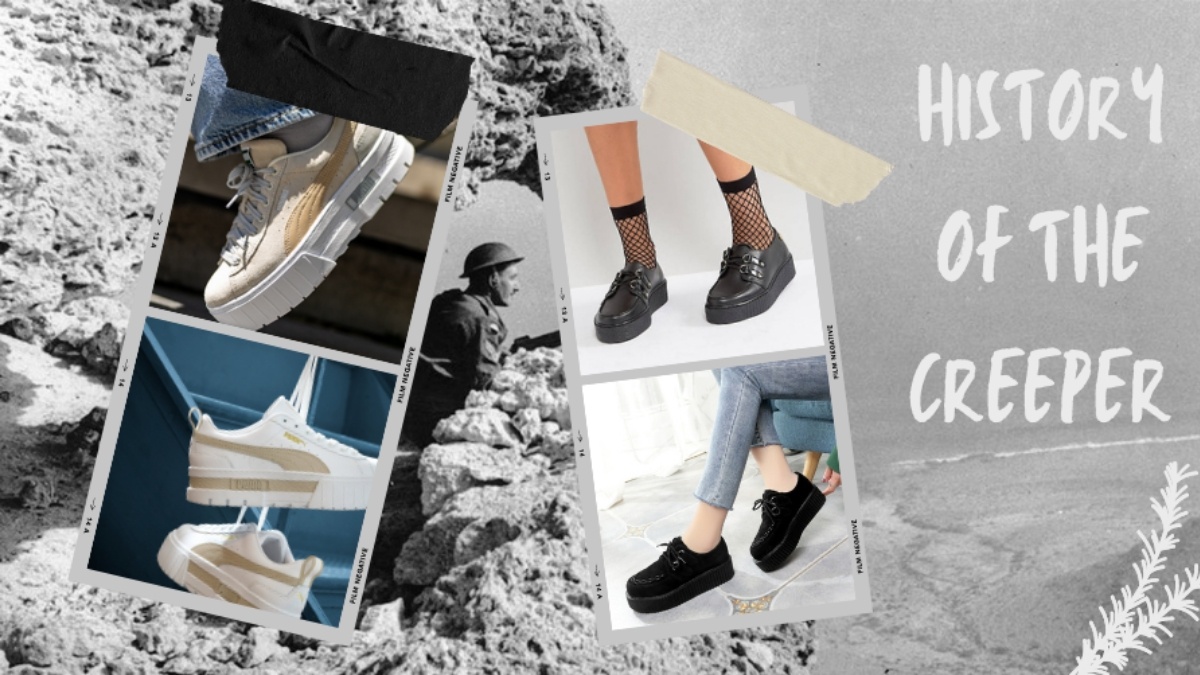 The Creeper is a model that is either very popular or not at all. What many people don't know is that this silhouette has a very rich history and has been around for a long time. There is also the big question whether this model falls under the category of sneakers.

The model of the Creeper is very recognisable. The shoe has a thick rubber sole and often has a suede upper. The beginnings of this silhouette began during the Second World War.

In 1945, the British who had been based in North Africa during the Second World War left for home. After their arrival in the United Kingdom, they went to many pubs and clubs to get rid of their thoughts. According to bystanders, these soldiers wore striking and eye-catching shoes. Someone started calling this model the 'Brothel Creepers'.

During the war, the soldiers wore shoes with thick rubber soles and suede uppers that were specially designed for the storms that occur in the deserts. The British wore them for the safety of their own feet.

After the war, this shoe model became a uniform for veterans. You could see who had fought where during the five long years.

The first company to see money in this shoe was George Cox Footwear in 1949. This was an American company based in Northamptonshire. The shoe company created their own silhouette, the Hamilton. This model had a sole between four and six inches and came with shiny leather on the upper or with suede.

The Teddy Boys, a British subculture, were big fans of the Creeper and wore it with their unique clothing style. The Teds were very interested in rock and roll and R&B. They wore clothes inspired by the Edwardian era (1901-1914).

Because the Teddy Boys wore this shoe with pride, it was also picked up by Europeans and Americans. The model became so popular that even Elvis Presley wrote a song about it.

Not long after, the Punk subculture picked up the Creepers. To this day, this model is still associated with this subculture.

Many sneaker shops indicate that Creepers are sneakers with a platform sole. The definition of the model becomes wider and bigger. This also means that many sneakers with a higher sole are seen as Creeper. Whether that is really the case is still a big debate. Puma, on the other hand, has made the model their signature women's silhouette in collaboration with Rihanna.

In 2015, Rihanna and Puma brought the Creeper into the sneaker world. Of course, this shoe had a rubber sole with the same ridges as a 'real' Creeper and a suede upper. So what makes this Creeper a sneaker?

The upper looks more sporty. Because we associate Puma shoes with activity, we recognise the upper and it can't be anything other than a sneaker.

Are you interested in a Puma Creeper? Then click on one of these images or on the button below the images to view the pairs.

Need some outfit inspiration with these shoes? Then watch the video below.

Do you want to read the latest sneaker news more often? Follow us on Instagram and keep an eye on our blogs regularly.