The History of the adidas Stan Smith 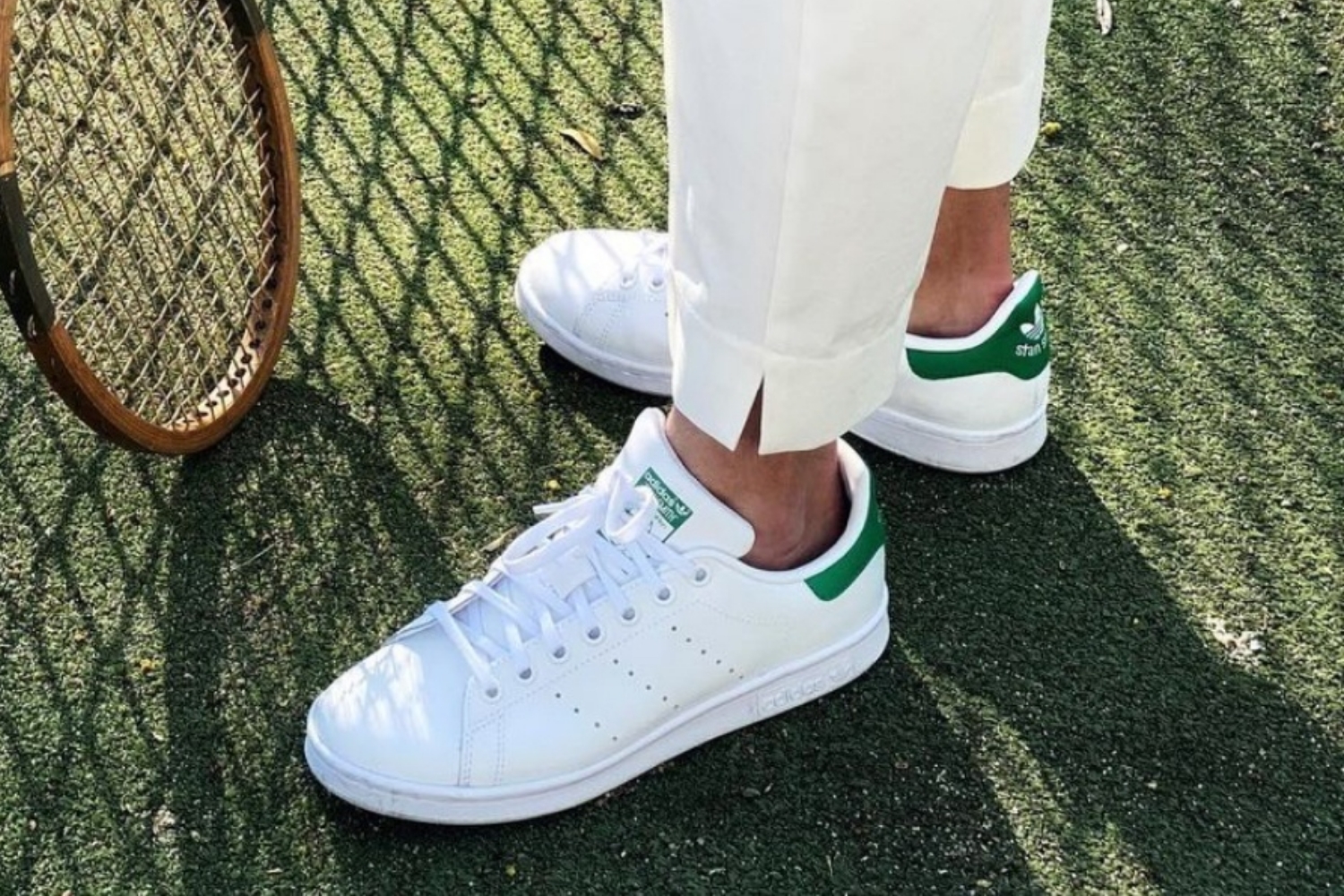 "Hi, I am Stan Smith. People think that I'm a shoe." No shoe is arguably better known, while its namesake disappears more and more into the memoirs of history. "It's actually pretty normal. Unless you're a historian, you wouldn't necessarily be up to date with my career."

That's what former US tennis champion Stan Smith says about himself and the success of his adidas-designed shoe. Although we know the adidas Stan Smith silhouette all too well, for a long time and on many feet, its history book is now a bit dusty. That's why today we're diving into the history of the best-selling shoe.

The origin of the Stan Smith

In 1963, the first adidas tennis shoe was produced and with it the first leather sneaker. Little did they know that this was just the beginning of a long line of classic adidas kicks. The upper was made of white leather, while the studded outsole was made of rubber. In addition, there were now perforated holes where the classic three stripes had been on the predecessors. Horst Dassler, the son of the founder of adidas, had the idea for this first leather tennis shoe.

However, the model, which was launched in 1965, was named after the French tennis pro Robert Haillet. When Haillet retired from the tennis game, adidas decided without further ado to look for another player. It was none other than Stan Smith.

The tennis pro quickly played his way to the top of tennis in the 70s. He won the US Open in 1971 and Wimbledon just one year later.

As a result, Stan Smith signed his contract with adidas in 1973, which, according to Sneaker Report, is now number 13 on the list of the 50 most influential sneaker sponsorships in sports history. But for whatever reason, the brand couldn't decide whether the model should still be called the Haillet.

For a few years (from 1974 to 1978) you could buy the shoe with Smith's portrait and Haillet's signature. It wasn't until 1978 that the model was officially renamed the adidas Stan Smith. The cooperation with the US tennis pro then also opened the doors of the market in the United States.

One Man - One Shoe

A tennis shoe as a fashion icon

While Smith gradually dropped out of worldwide tennis in the 1980s, the sneaker named after him also found relevance outside the tennis court. Rappers like Lil Wayne, Rick Ross or Jay-Z stylised the shoe into a streetwear hit.

In 2011, production was stopped because adidas managers felt that the market was overcrowded and needed some kind of shakeout. Smith (the tennis star) wasn't keen at first, but went along with it. For the 2014 relaunch, the managers planned something spectacular and got stars and influencers on board, for example Céline designer Phoebe Philo, singer Pharrell Williams, A$AP Rocky, Ellen DeGeneres and of course the tennis legend himself.

All trendsetters received individually designed kicks with their own faces. The idea was simple and good: social media marketing deluxe. The adidas Stan Smith celebrated a glorious comeback. The increasing interest was naturally reflected in the sales figures, and in 2015 alone, revenues rose by 16 percent. This year, eight million pairs are said to have been sold, and a total of 50 million pairs since the market launch.

Is the hype over?

In 2019, Business Insider wrote about a slump in sales of the two Originals models Stan Smith and Superstar. Both models would be "very important revenue drivers for adidas Originals," according to then (2016) Originals division chief Arthur Hoeld. "Both have a significant double-digit percentage share of Originals sales each."

Emotionally, too, the hype around the Stan Smith silhouette has died down after a high a few years ago. What do you think about it?

It remains undisputed that the simple and recognisable design offers many possibilities. On the one hand for changes and collaborations, on the other also for all situations in life. Sports shoes have been worn on the street for a long time, but sneakers were hardly tolerated in a more chic or formal environment.

Nevertheless, the adidas Stan Smith clearly contributed to the change in the reception of sneakers in everyday life. Phoebe Philo, the designer of the French luxury label Céline, was instrumental in this, often wearing the comfortable kicks after her fashion shows. Whether a suit, dress or sweatpants - the Stan Smith goes with everything.

The Stan Smith is now available in countless versions. From Primeknit upper to different colours, laced or with Velcro, cork or Boost sole to weatherproof Gore-Tex. You could even postulate that the adidas Stan Smith belongs to the 'unisex' sneakers, because the sizing is for men, women, children and babies.