The gabber culture behind the Nike Air Max BW 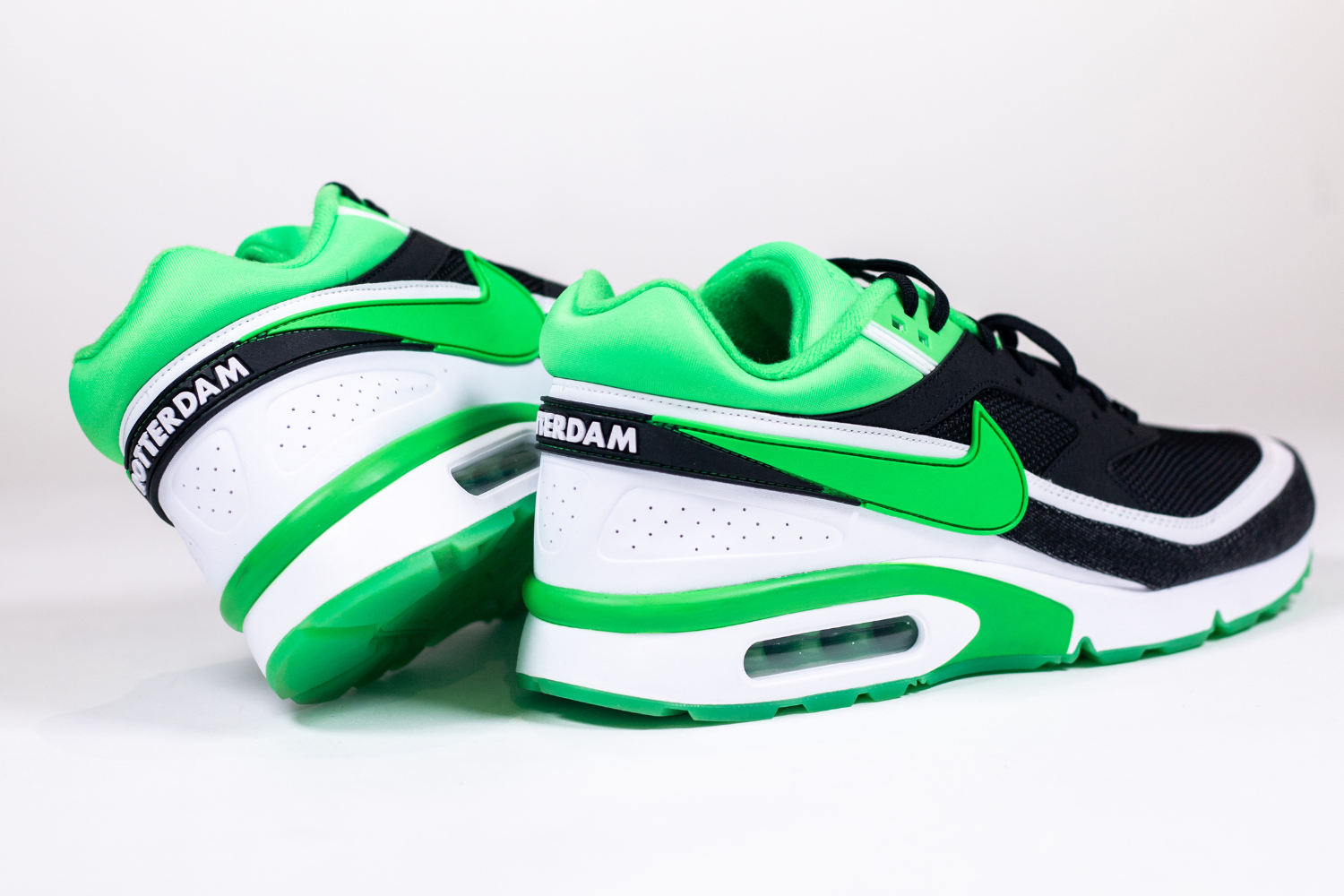 The Nike air Max BW 'Rotterdam' dropped on Friday 12 November 2021. The sneaker has a rich history and the gabber culture has had a big influence on it. But how did the Air Max BW become such a big sneaker in gabber culture?

In 1991, Nike introduced the Air Max BW. The sneaker was designed by Tinker Hatfield and had a larger Air Unit than its predecessor, the Air Max 90. The name BW comes from 'Bigger Window' and refers to the prominent Air Unit. The first colorway of this pair was the 'Persian Violet'. The model was designed as a running shoe, but soon acquired another function.

At first, the Air Max BW did not appeal to the general public. Nowadays, the BW has become a classic and the gabber culture of the Netherlands has played a major role in this.

The sneaker with the enlarged Air Unit did particularly well with the gabbers in Rotterdam and the surrounding area who were pounding on hardcore music. The Air Max 90 and 95 also did well among these hardcore enthusiasts, but the BW quickly became the symbol of the subculture.

The birth of gabber culture

The gabber culture came into being in the 90s and was mainly big in Rotterdam. The term gabber comes from the Bargoens and means friend or buddy. The gabber culture embraced everything that had to do with hardcore music. From the music to the dance style and outward appearance.

The culture formed around hardcore music, which is known for its hard and fast beats. The BPM (Beats Per Minutes) of this music style is between 180-220 BPM, but the harder the better.

A close-knit culture around hardcore music quickly developed. Despite the hard and sometimes aggressive music, the gabbers pounding away at the Energiehal were friendlier than one would think.

During the raves, loud music was played and friendships were made. The gabbers all shared the same passion and this connected them. Soon, this formed a close-knit culture that is now known as gabber culture.

A gabber can best be described as a hardcore enthusiast and has a distinctive look. The gabbers of the 90s often wore coloured tracksuits, bomber jackets, had bald heads and wore Air Max BWs underneath. In addition to their sporty appearance, the BWs also had an important function: they had to last 8 to 10 hours during hardcore parties.

Since the 1990s, gabber culture has grown and become more mainstream. Not only are there more skinheads at gabber parties, but girls in skinny jeans and white sneakers are also stomping around these days. Still, gabber culture was put in a negative light for a long time. The aggressive music, drug use and crazy dance moves gave the gabber culture a negative reputation and this also translated into the Air Max BW.

The BW was quickly seen as the gabber shoe and since the gabbers were not welcomed with open arms, neither were the BWs. Sneaker shops that normally had rows of Air Max BWs in their shop, sold less and less of them, and those who were seen with the model, were looked at with a skewed eye.

Because of this negative attention received by the gabber culture, the gabbers had to return to where it all started: the underground scene. The hardcore fans returned to the halls and kept pounding away. The gabber culture never lost its loyalty and even with the bad reputation the group got, the hardcore fans kept on 'chopping' in the underground halls.

The gabbers of today

In 2016, the Air Max BW made its comeback and Nike celebrated the 25th anniversary of the BW with the 'Persian Violet', which started it all. Since then, the BW has made a step-by-step comeback and has received several new colorways in the past five years. In 2016, Nike came out with the BW 'Olympic', 'Marina Blue' and the 'Midnight Navy' and the model was given new variants again in 2021.

In 2021, Nike came up with the 'Persian Violet' again and the BW model received a 'City Pack'. In it, the cities were Lyon, Beijing, Los Angeles and also Rotterdam.

The 'Rotterdam' was released on 12 November 2021 and has been given a bright green colour. This refers to the colours of the city. The name of the 'gabber city' is also printed on the heel. On the tongue, '220 BPM' is printed, which refers to the Beats Per Minutes in hardcore.

The gabber culture is far from stagnant these days. Festivals such as Defqon1, Thunderdome and Dominator attract thousands of hardcore fans around the world every year.

The gabber culture has also left its mark on names like Patta, Raf Simons and designer Tom Nijhuis. Here, the iconic tracksuits were given a new makeover and the term 'gabber' has become a globally recognised term among clothing brands and designers.