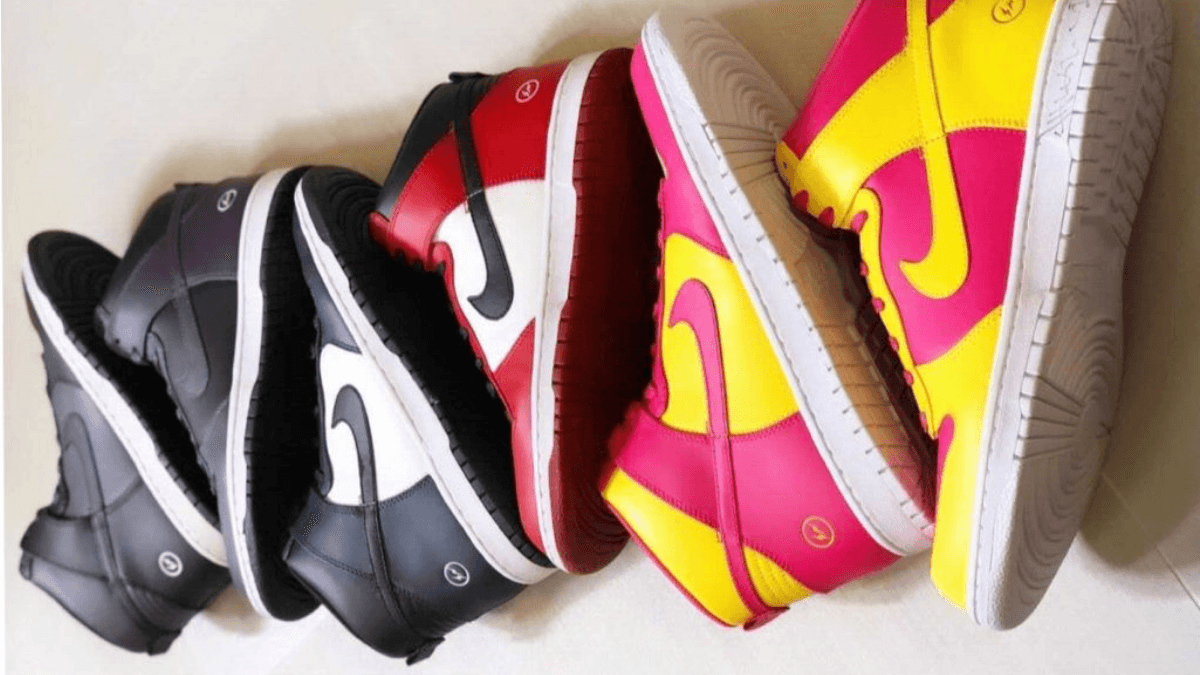 2021 started extremely well for all Dunk lovers. On January 14, six Nike Dunks were released, but we can also look forward to more Dunks later this year. Hiroshi Fujiwara, founder of Fragment Design, may have shown the Fragment x Nike Dunk High 'City Pack'. This pack has not been seen since 2010.

So the Fragment x Nike Dunk High City Pack first came out in 2010 and returns after more than a decade. The pack features three colorways inspired by London, New York and Beijing. All three sneakers are made entirely of leather.

The London colorway features a colour combination of pink and yellow, with the colorblocking on the left shoe being different than the right shoe.

The Beijing colorway is a lot darker and uses the colours purple and black for the upper. Like the London colorway, the left shoe is different than the right.

The New York colorway completes the pack. The left shoe is given the popular "Chicago" colorway. The right shoe on the other hand has a simple black/white colorway. All three sneakers feature Fragment's lightning bolt logo on the heel.

The release date for the Fragment x Nike Dunk High 'City pack' has not yet been announced and it could be months before the pack comes out. Check out the images below and keep an eye on the Sneakerjagers release calendar to never miss a sneaker release again.