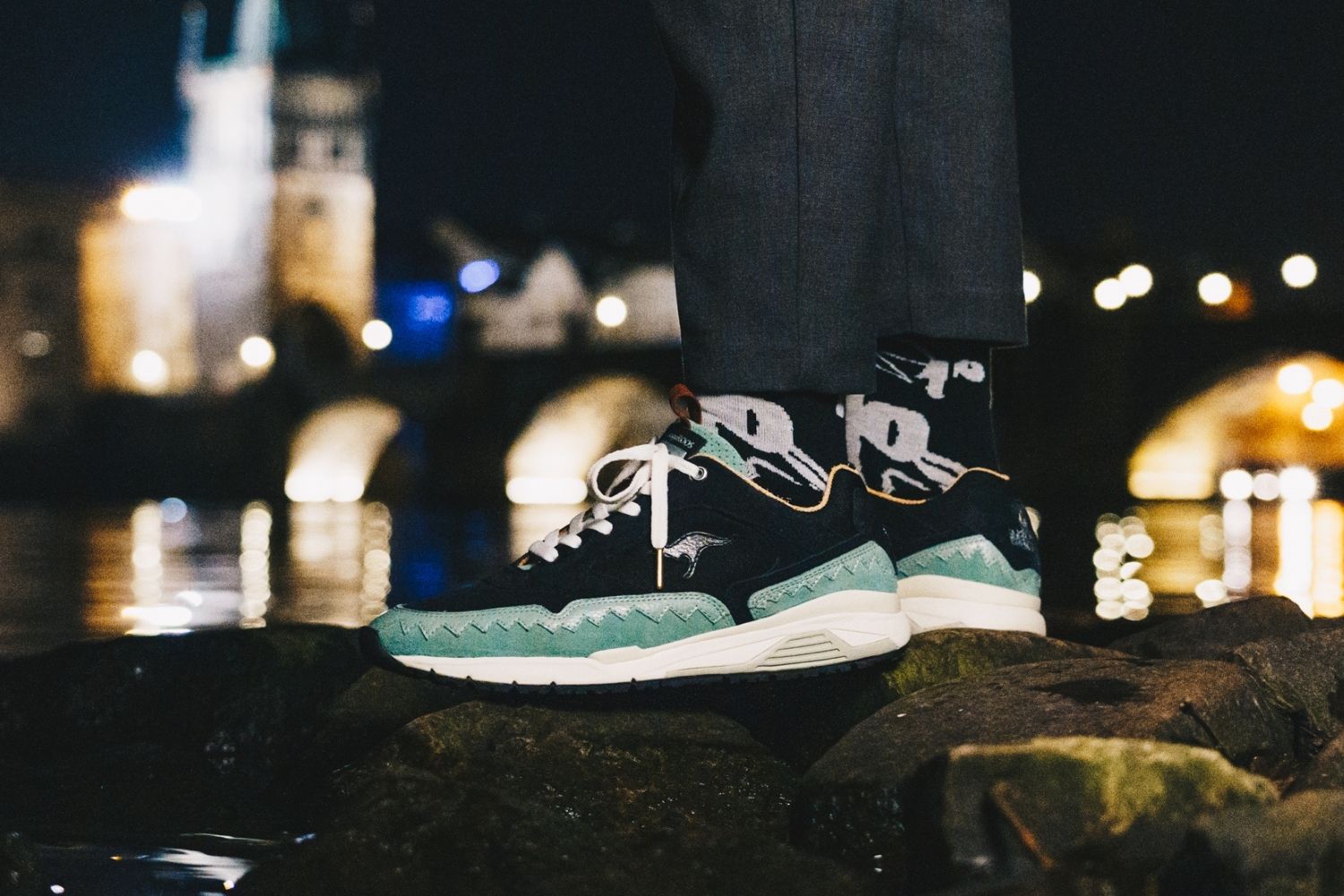 Footshop has existed for 10 years now and to celebrate this the store has teamed up with sneaker brand KangaROOS. Together the two names will release the Footshop x KangaROOS Ultimate 3 'Nocturna' and the shoe will be available exclusively at Footshop from today 21 December 2021.

The Prague-based sneaker store was founded in 2011 by Peter Hajduček. Peter bought his first D3 sneaker at the age of 13 and at that time was very interested in skateboarding and graffiti. Through skate club TSC he was introduced to web design and later designed several visuals for hip-hop concerts.

For his studies, Peter moved to Prague and was mainly involved in online marketing. A few years later, he decided to combine his interests and opened his own shop called 'Footshop'. The store started in 2011 with 50 pairs in stock, but later grew into one of the biggest local sneaker retailers. The store also has branches in Prague, Bratislava, Budapest and Bucharest.

Footshop focuses on sneakers, urban lifestyle and creativity and has a wide selection of brands like Nike, Vans and adidas. The store also has its own line, consisting of various clothing items and accessories. In 2022 the store will be celebrating its 10th anniversary and to celebrate this Footshop is going to make a big comeback.

The store recently released the 'Footshop meets Reebok' capsule collection. For this collaboration, Footshop sat down with different artists and released ten unique chairs. These were made of old cardboard boxes from Footshop's warehouses. The chairs were raffled off on the website and the winners also received a matching Reebok Classic sneaker.

KangaROOS is an American sneaker brand and was founded by architect Bob Gamm in 1979. Bob loved running and ran as much as 10 kilometres a day. During running, the architect preferred to wear light clothing without pockets.

He designed his first running shoe for his own use and was able to keep his keys and money in it. Bob brought the sneaker to the market and soon it was a great success. By the beginning of the 1980s, the brand was selling more than 700,000 pairs a month.

To mark its anniversary one more time, the Ultimate 3 model returns in a 'Noturna' colorway. Constructed from suede, premium leather and nylon-like canvas, the sneaker has been given a dark colour scheme. The base is black and the overlays, along with the tongue, are set in light blue.

The Footshop and KangaROOS logo is placed on the tongue to communicate the partnership. The Footshop logo can also be found on the heels, together with a detailed image of the Charles' Bridge in Prague. The lining is fully lined in orange and a kangaroo can be found on the middle panel. The midsoles have an off-white colour and are supported by black outsoles.

The 'Nocturna' is part of the three-part series of the Ultimate 3 model by KangaROOS and is completely inspired by the city of Prague. The city where Footshop originates from. According to the store, there are only 250 pairs of the model available and they are handmade. The sneaker was dropped today 21 December 2021 and can be found exclusively at Footshop.