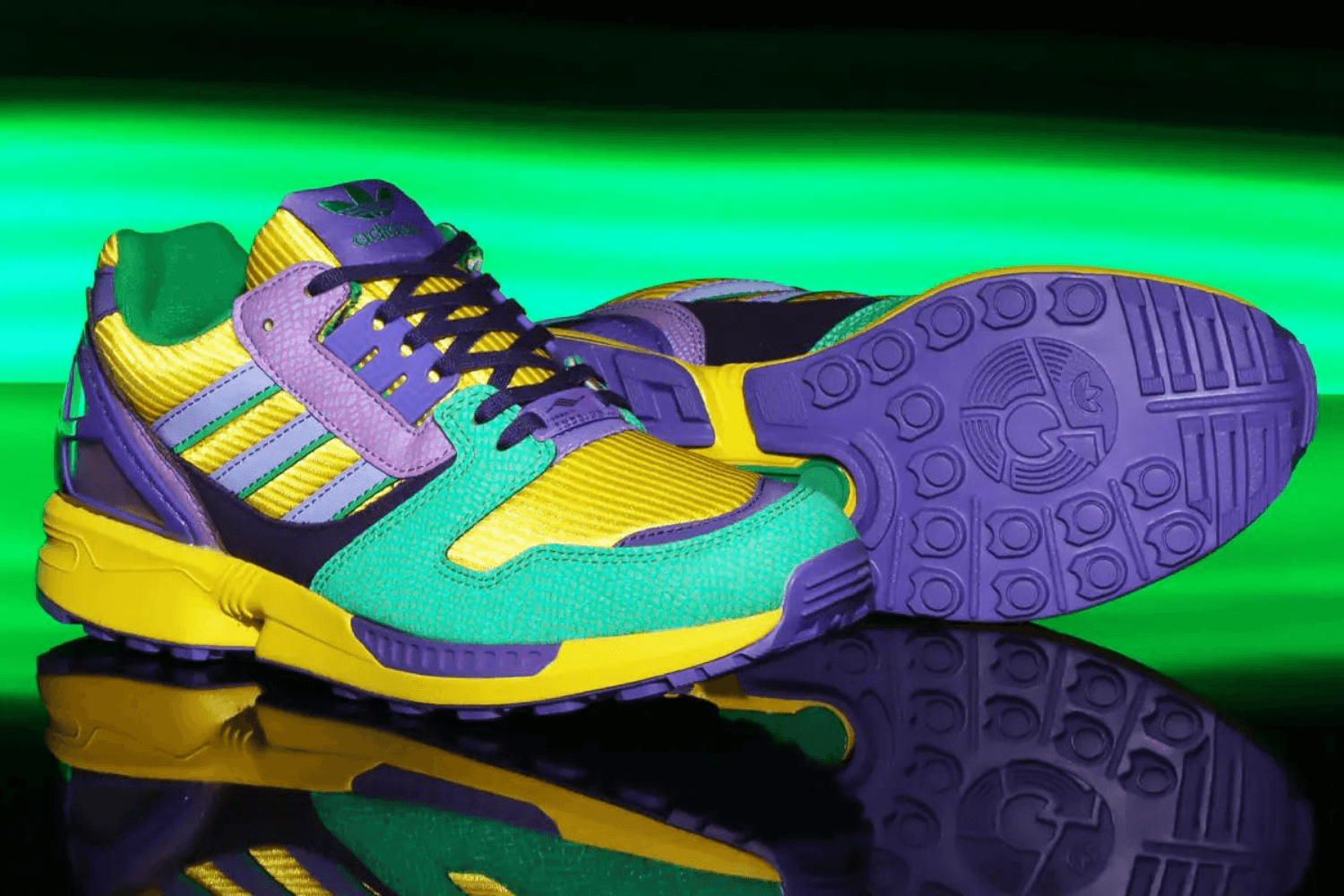 atmos tokyo and adidas Originals come up with a new colorway for the ZX 8000 G-SNK called 'BRAZIL'. The colorway is inspired by the ZX8000 BRAZIL which was released in 2001. We recently got a look at the 'TJ' in May 2022 and now a few weeks later, the G-SNK model will also get a 'BRAZIL' colorway. The sneaker will be released on May 28, 2022 at atmos tokyo.

atmos is once again staying true to their G-SNK colour scheme. The brand has given the sneaker a striking yellow nylon upper. Not to be missed either are the overlays, which come in purple.

The toe features snakeskin leather in green. This colour is also found on the lining, tongue branding and the Three Stripes. The pair features a yellow midsole and purple outsole, completing the Brazilian design.

The atmos x adidas Originals ZX 8000 G-SNK 'BRAZIL' will be released on 28 May 2022 via the atmos tokyo website. For now, the sneaker will only be released through this channel. Keep an eye on our release calendar for a possible release in Europe. We can at least take a look at the campaign video below! 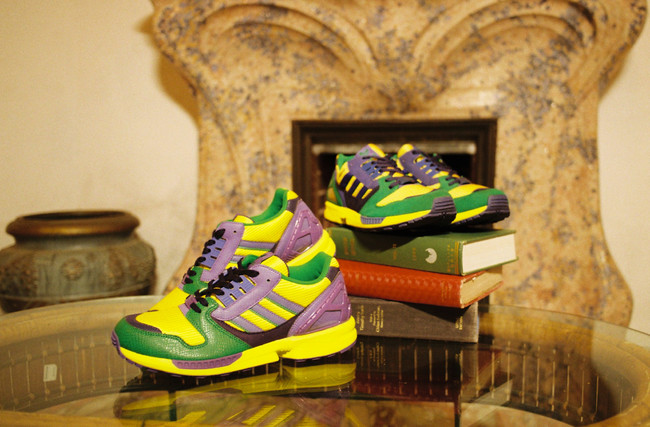 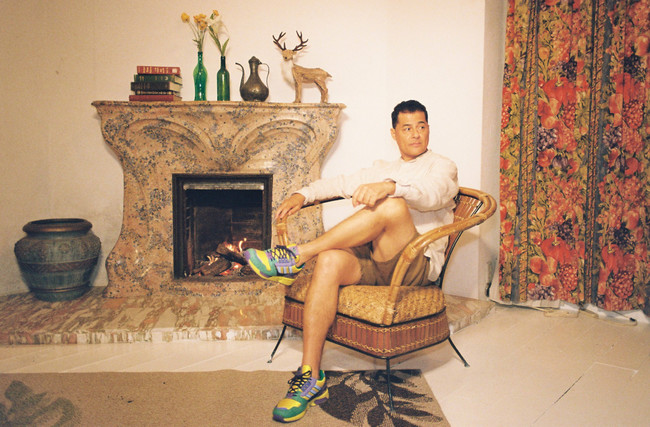 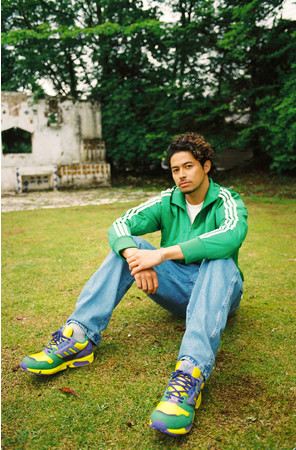 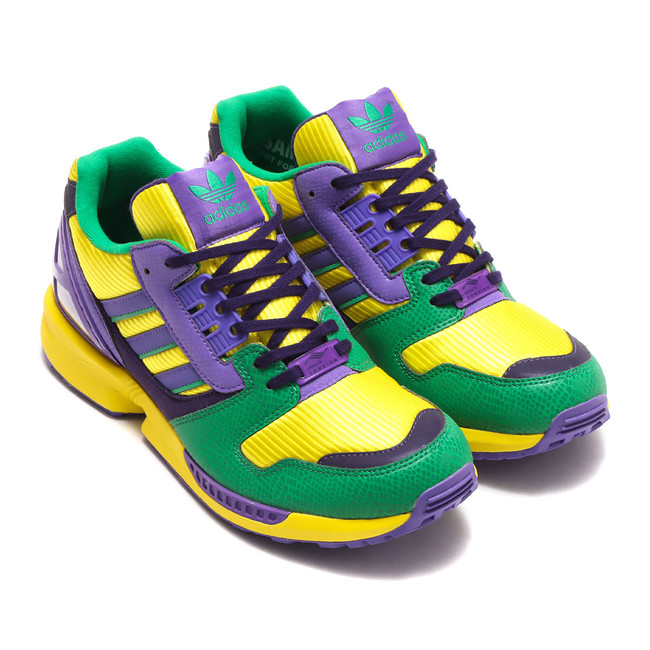 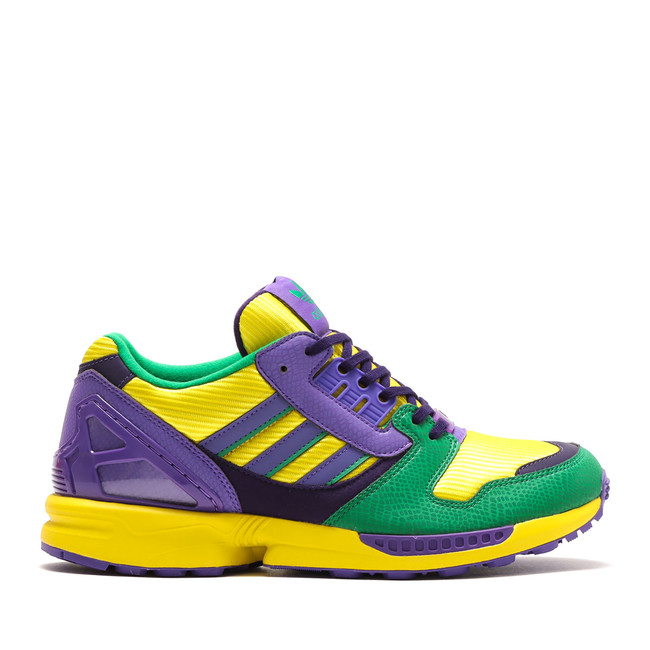 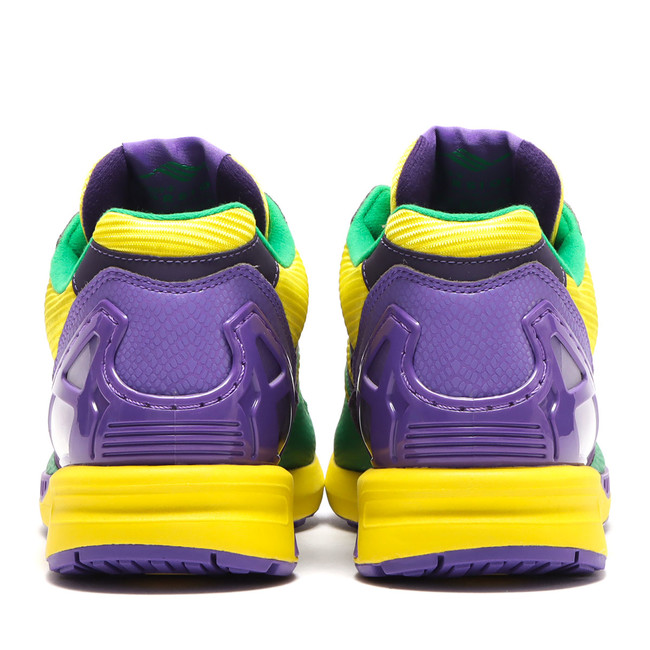