The Air Jordan 1 Zoom CMFT gets a 'Washed Blue' colorway 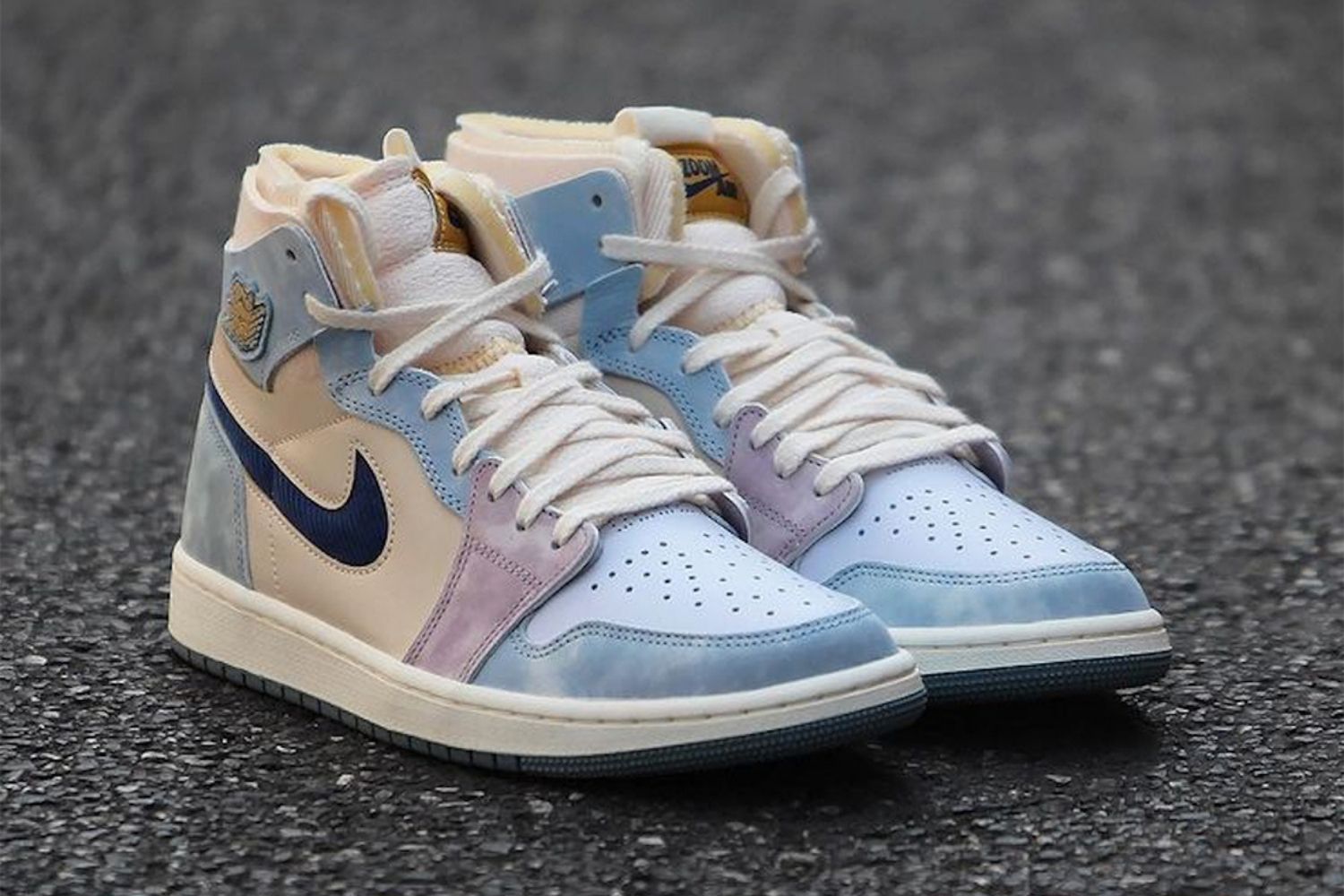 Nike unveils a new Air Jordan 1 Zoom CFMT in a 'Washed Blue' colorway. The sneaker is made specifically for women and is expected to be released in 2022.

The 'Washed Blue' has been given a cream-coloured base. The overlays at the mudguard, around the laces and heel are set in purple and blue and have a 'washed' look. The Swoosh is also cut out on this pair. On the middle panel, you can find a dark blue underlay. Finally, the Wing logo on the collar is set in gold. This matches nicely with the yellow 'Zoom Air' tags on the tongue.

The Air Jordan 1 Zoom CFMT 'Washed Blue' belongs to the Women's Exclusives of Nike. Unfortunately, it is not yet known when the shoe will be released. The Jordan will be released in 2022. Until then, we can already take a look at the images of the sneaker. 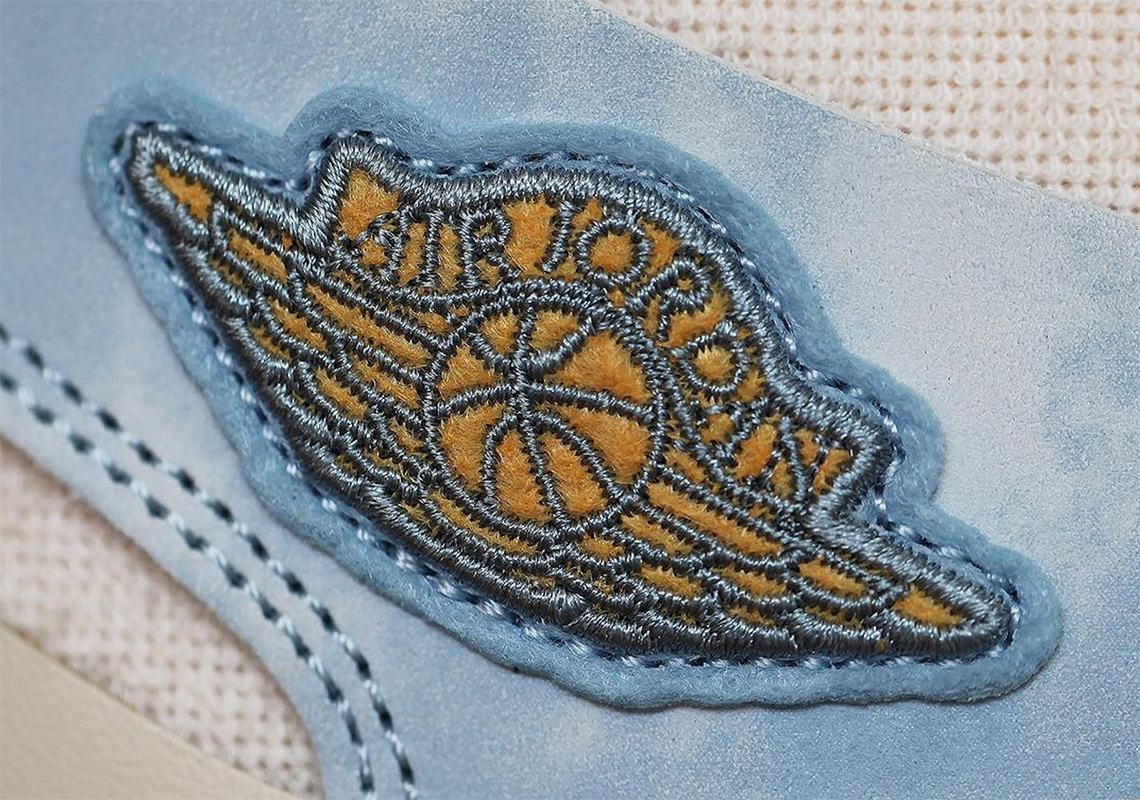 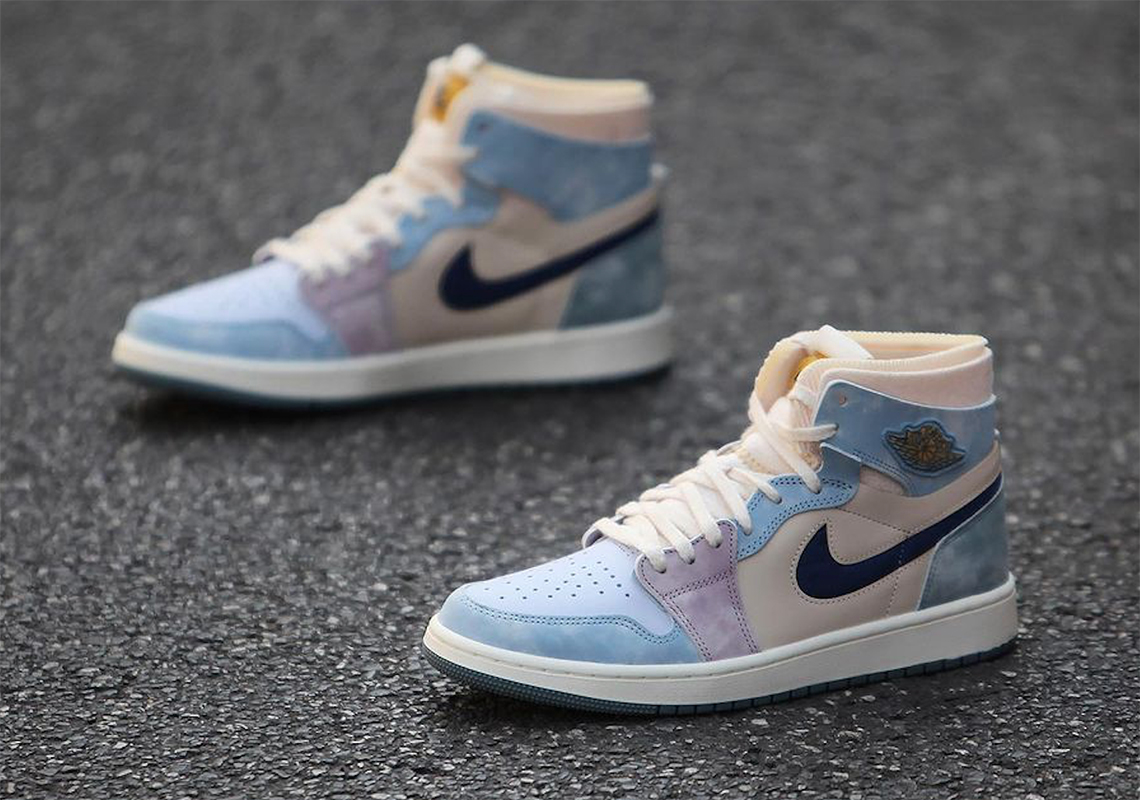 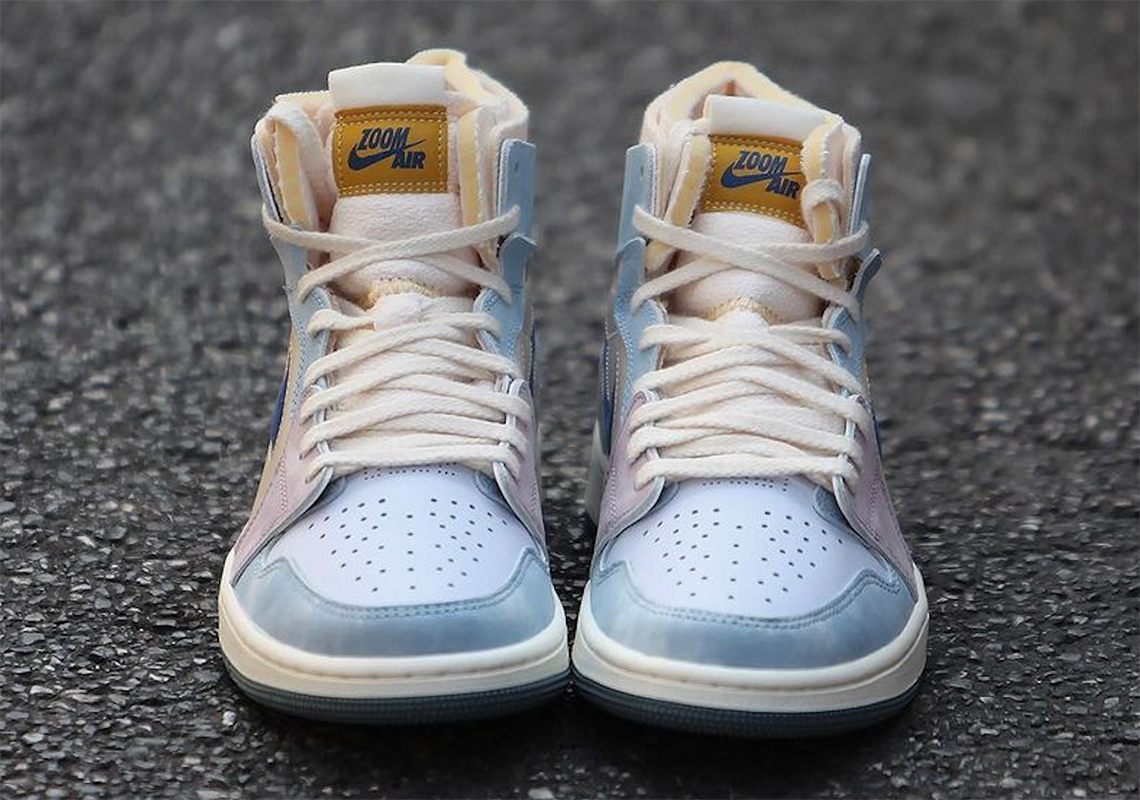 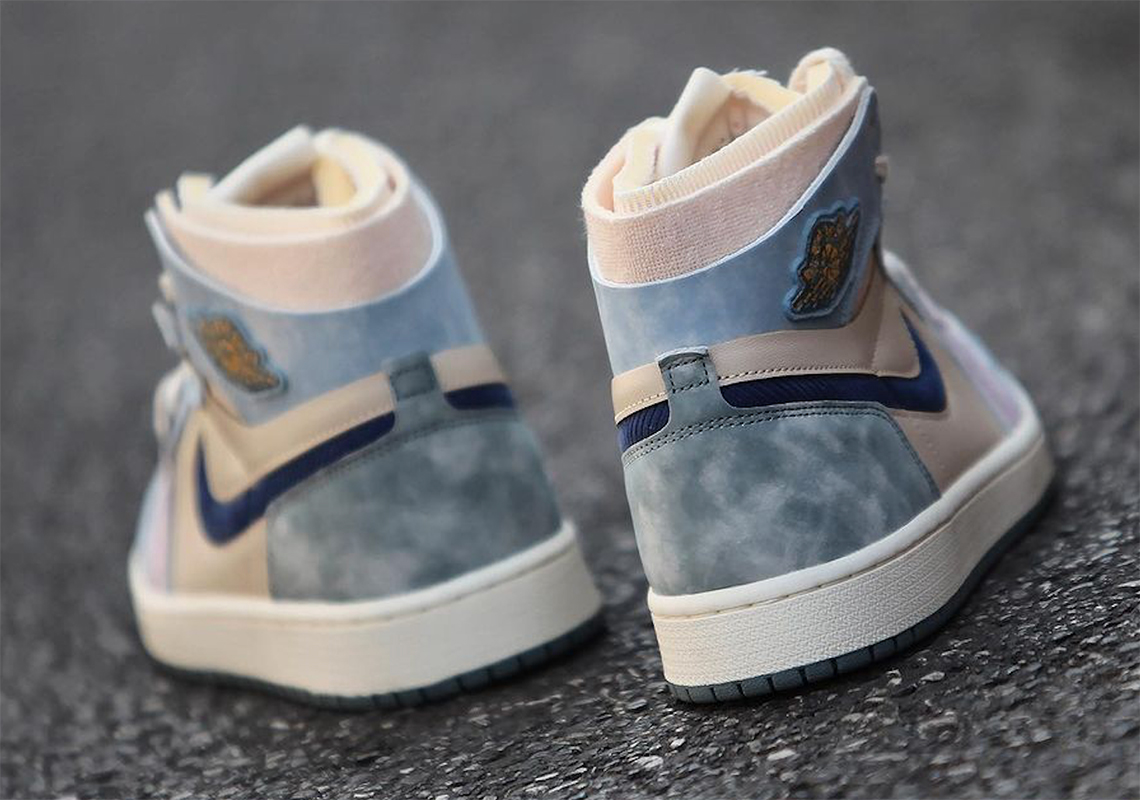 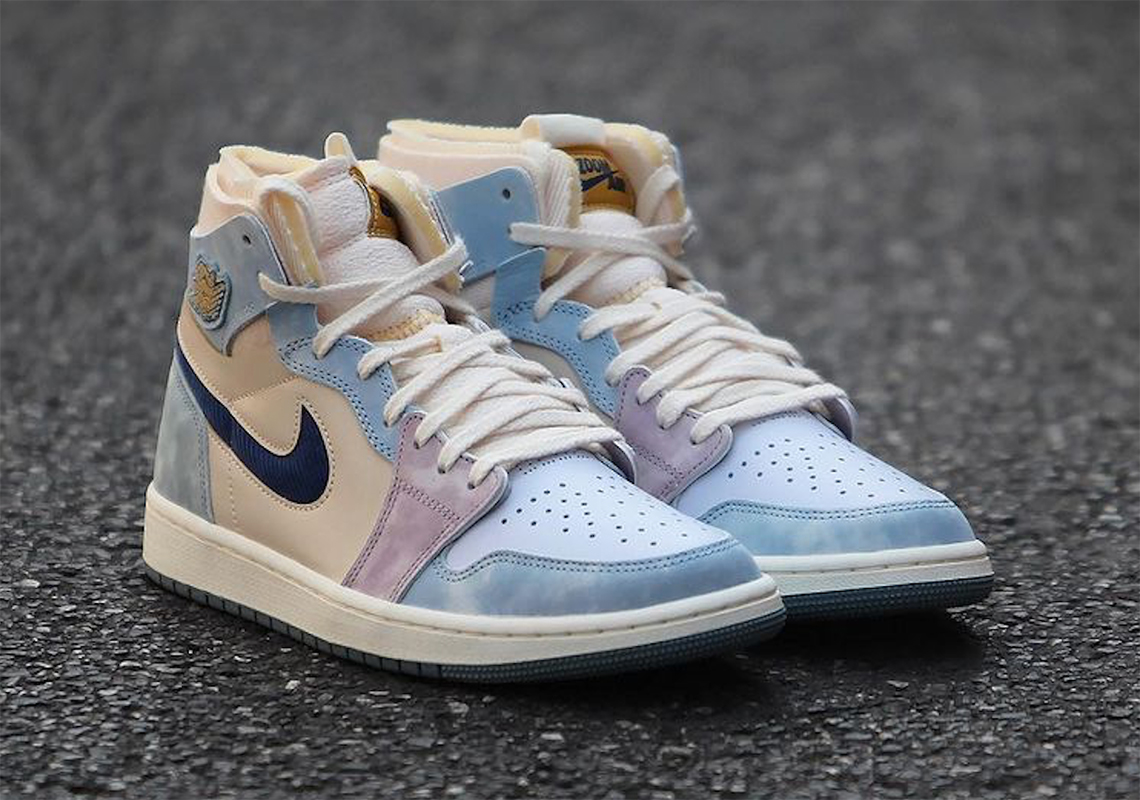 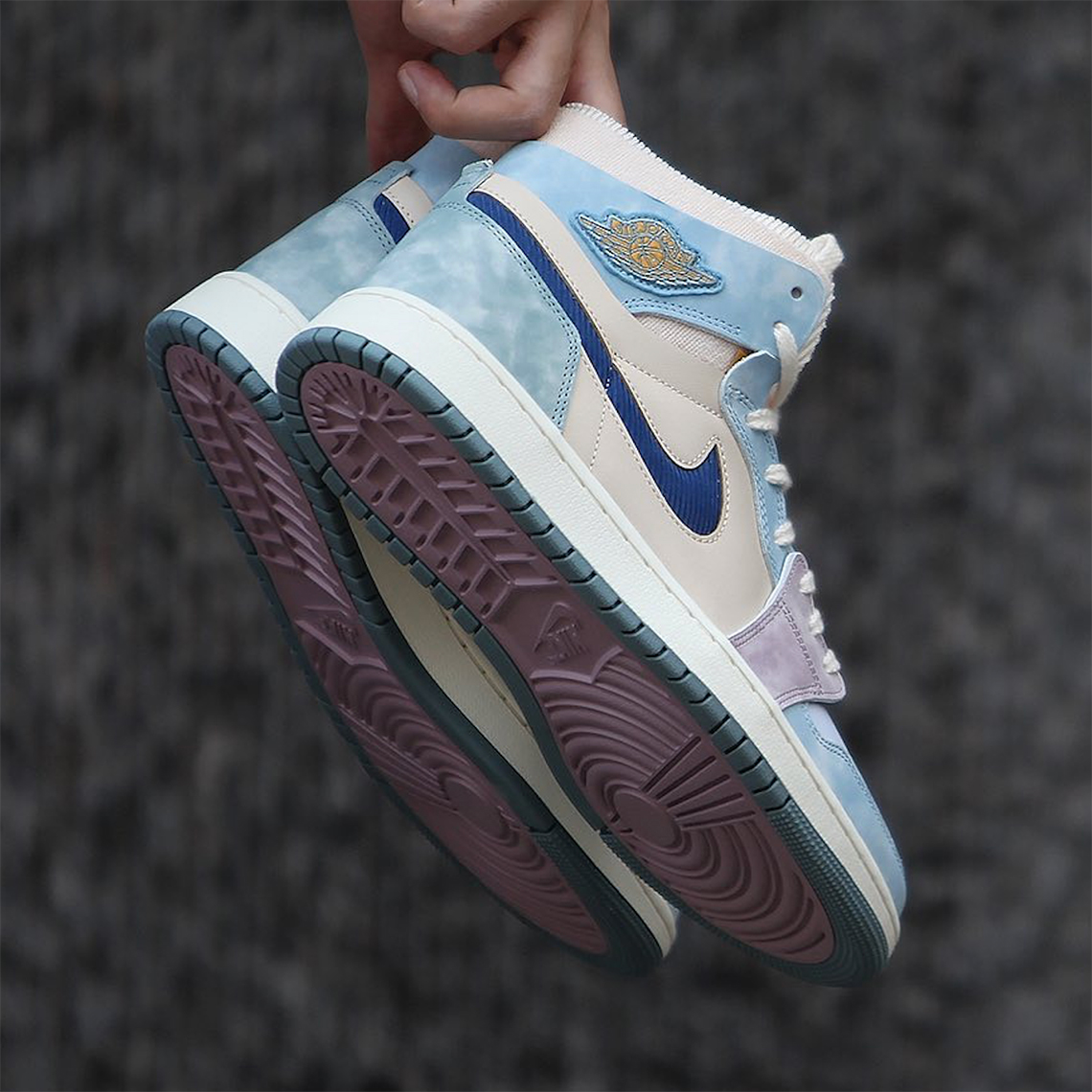 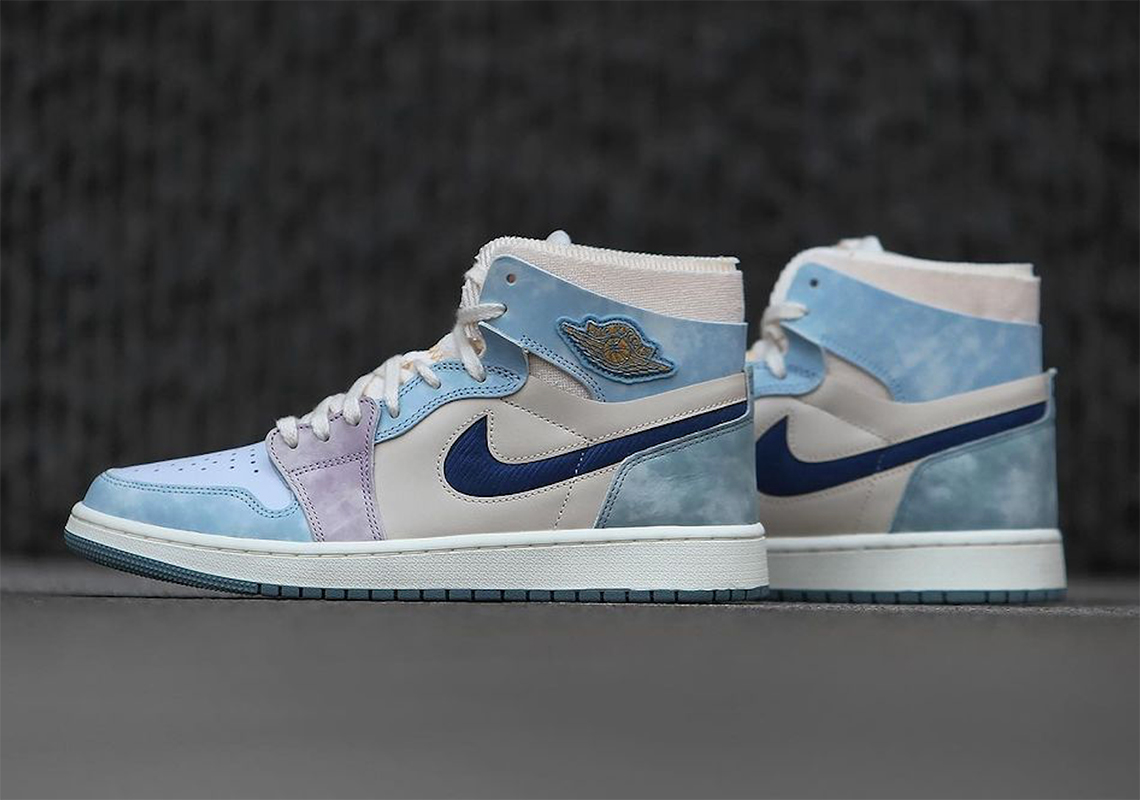 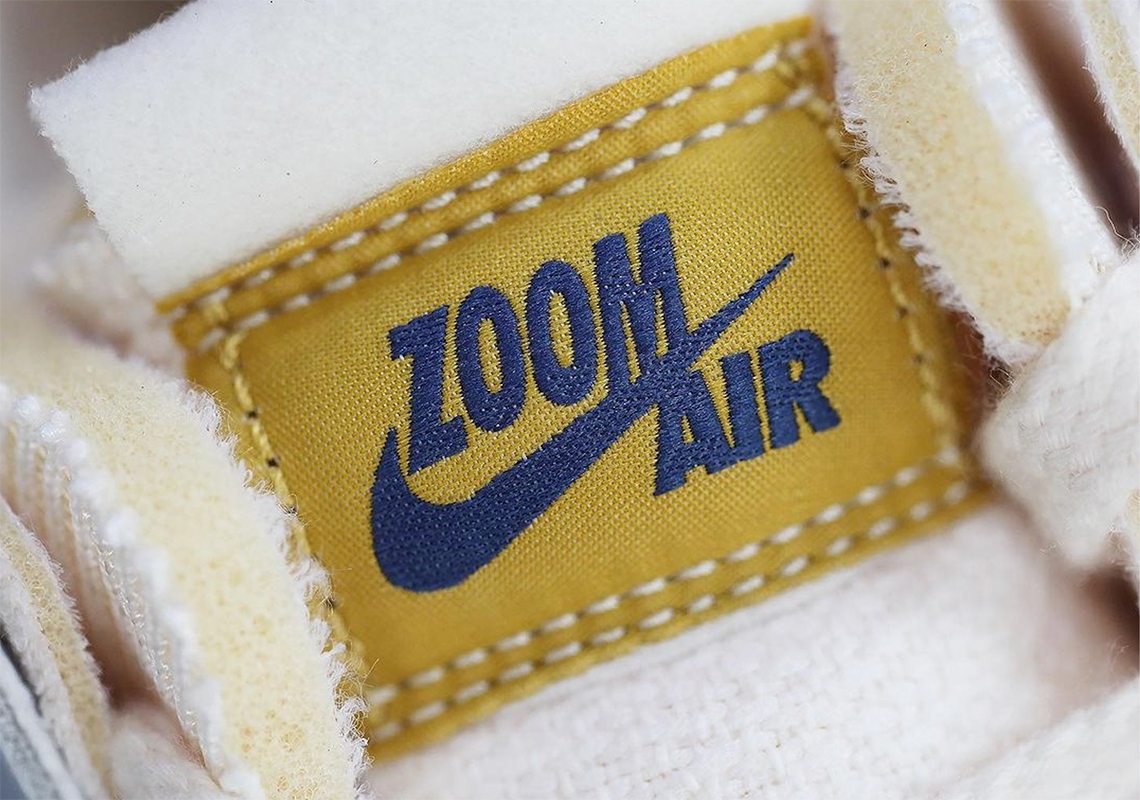