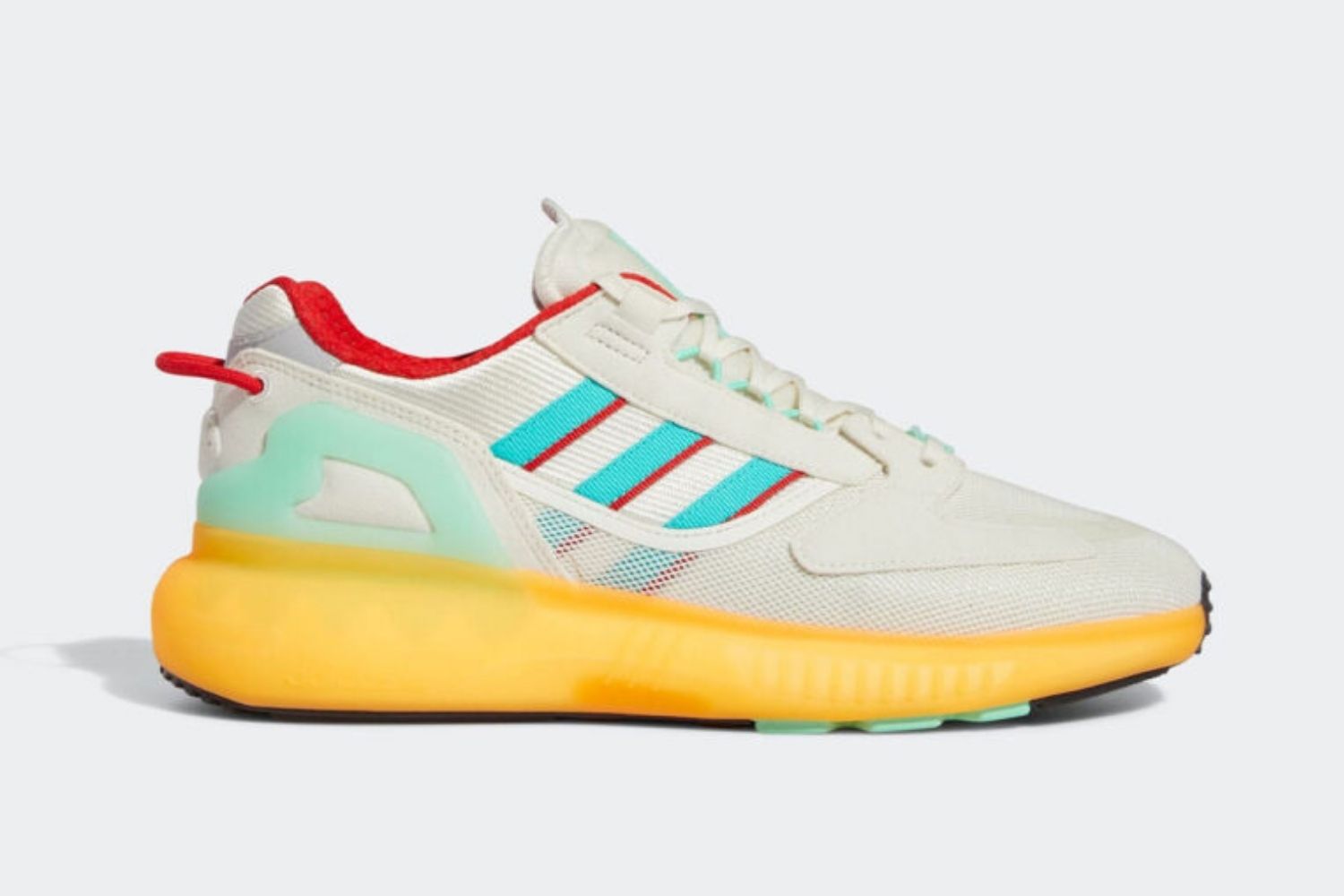 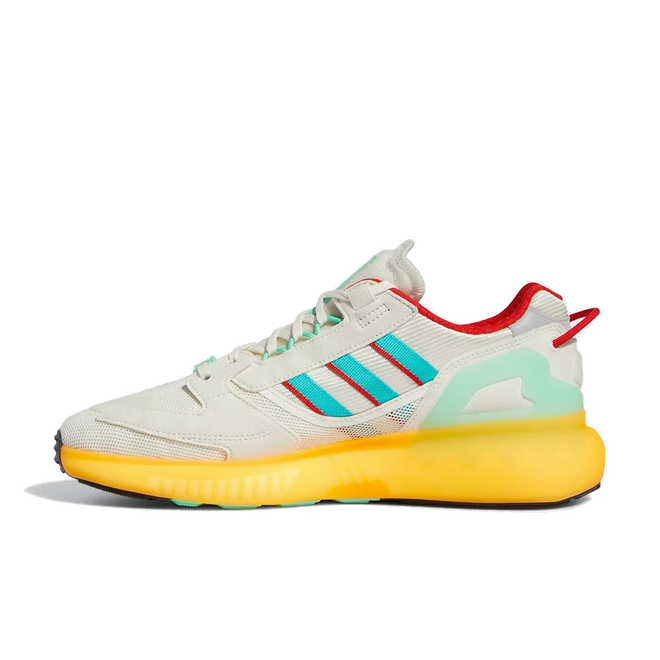 The ZX 6000 first appeared in 1989. This was also the sneaker that first introduced the Torsion Bar Technology and added it to the midsoles. The silhouette came dressed in an off-white upper with blue and burgundy accents. In addition, the ZX 6000 had a yellowed midsole. This gave the shoe a retro look.

Now adidas is bringing back this iconic colorway on the ZX 5K BOOST. So too has this pair been given an off-white upper, but the accents have been given a brighter hue. The upper is made from ribbed nylon and suede and features a mesh overlay at the mudguard and mid panels. The three stripes on the middle panel are stitched in blue and red, just like on the ZX 6000.

The lining is also red, as is the pulltab on the heel. There are also mint green accents on the shoe. The soles are yellow and refer to the yellow accent on the ZX 6000. To further mimic the 1989 colorway, the outsoles are set in black with a mint green accent.

Unfortunately, the ZX 5K BOOST 'ZX 6000' has not yet received an official release date. However, the shoe will be released in 2022. 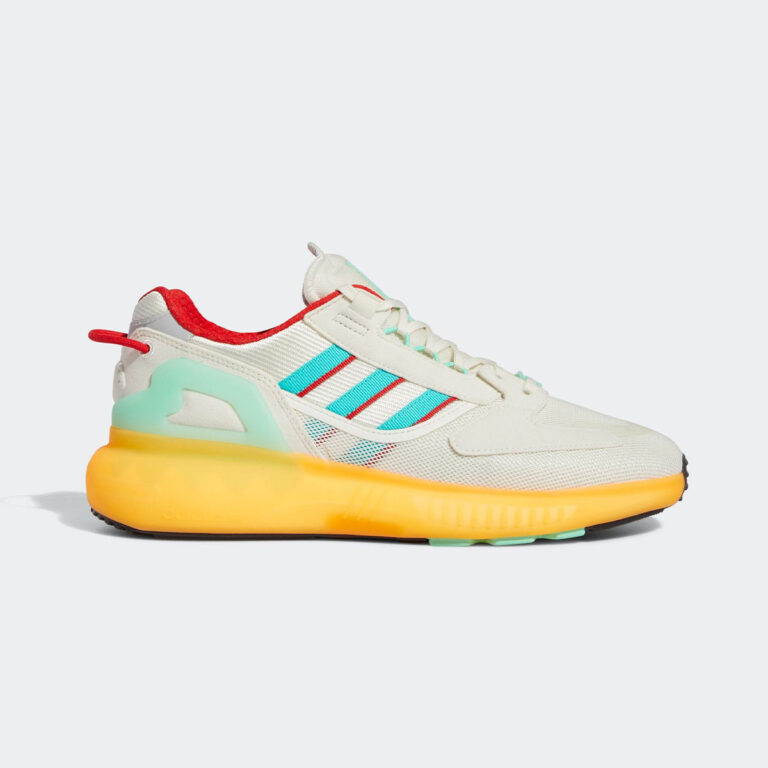 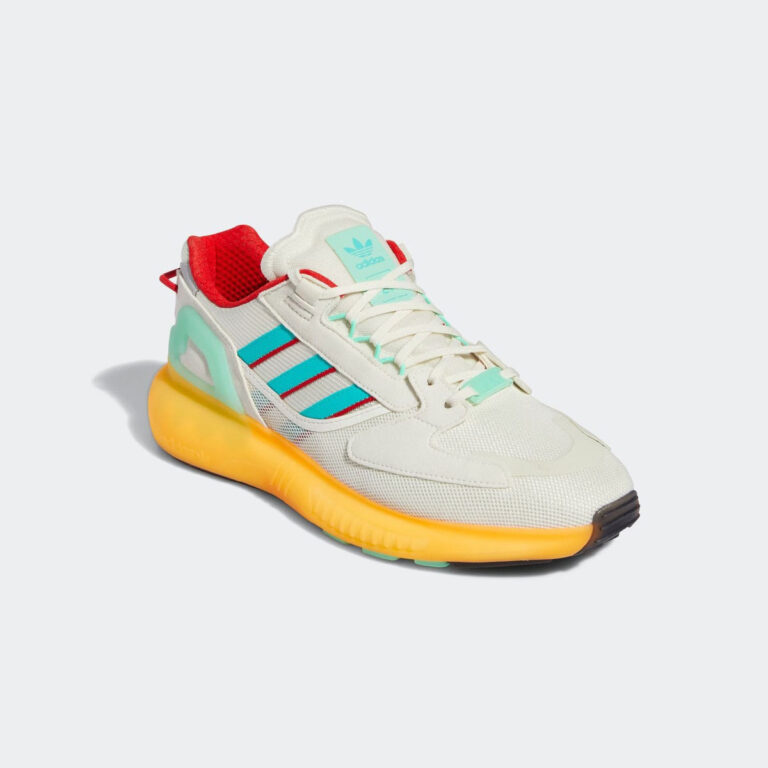 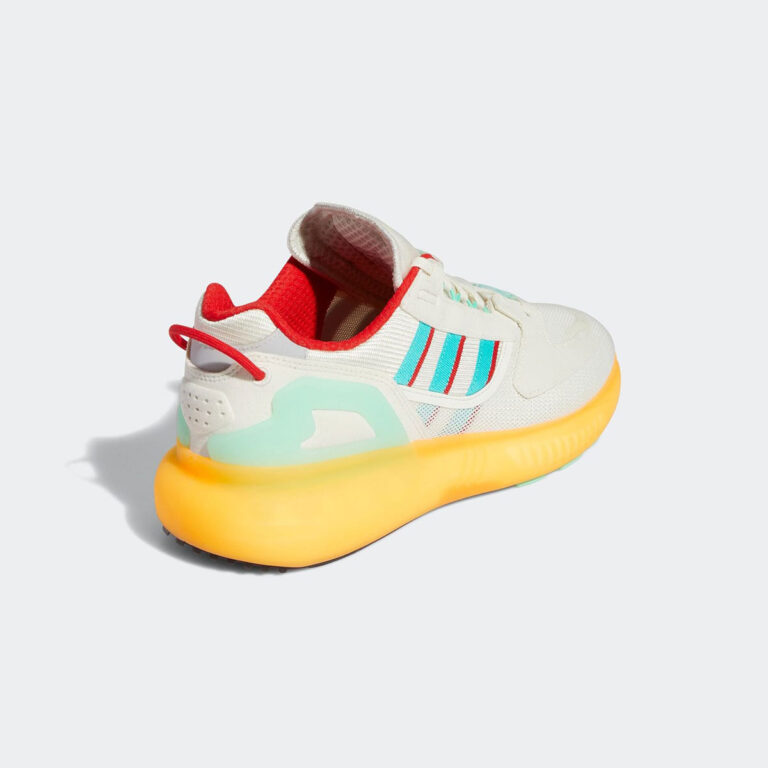 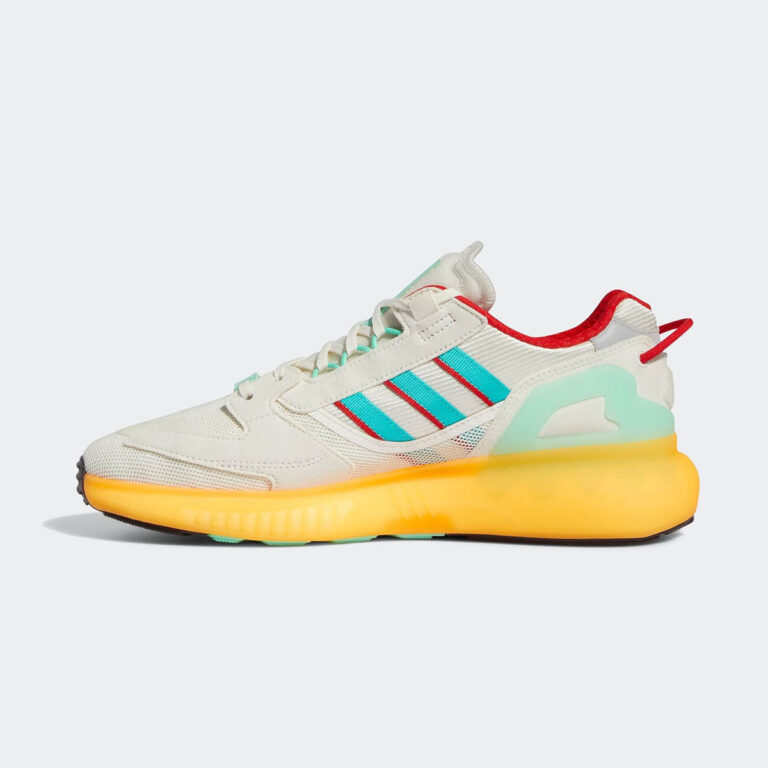 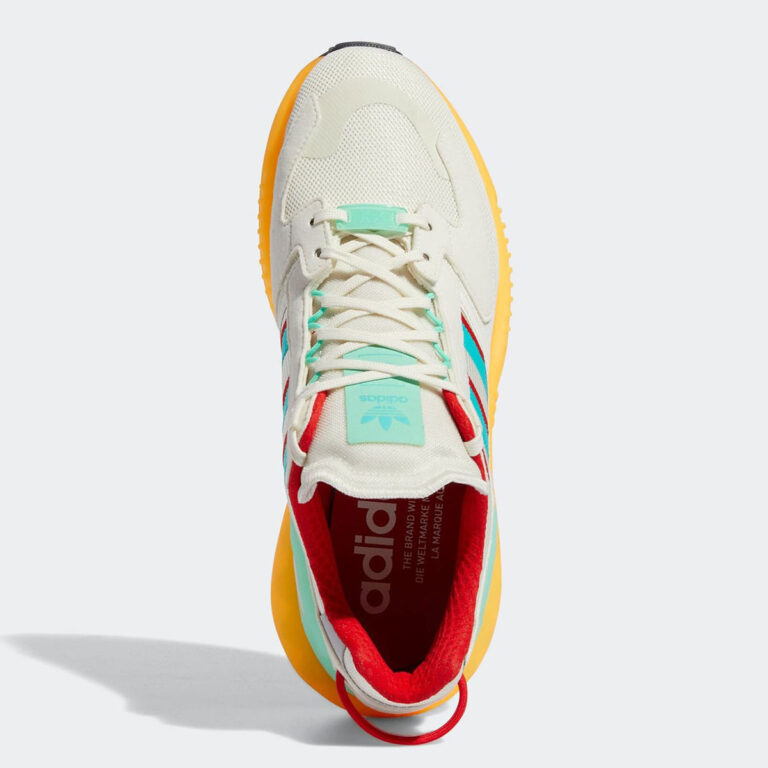 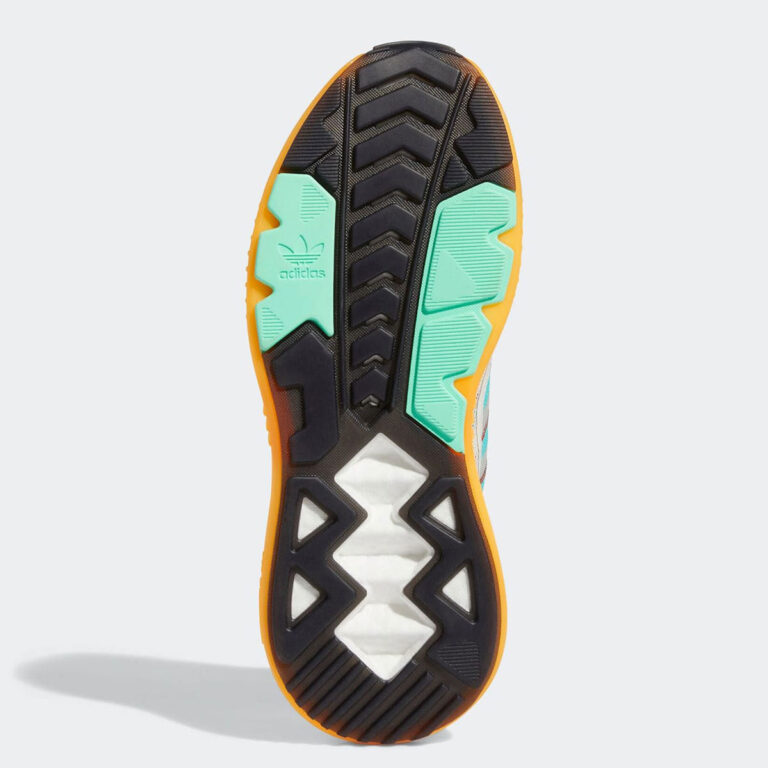 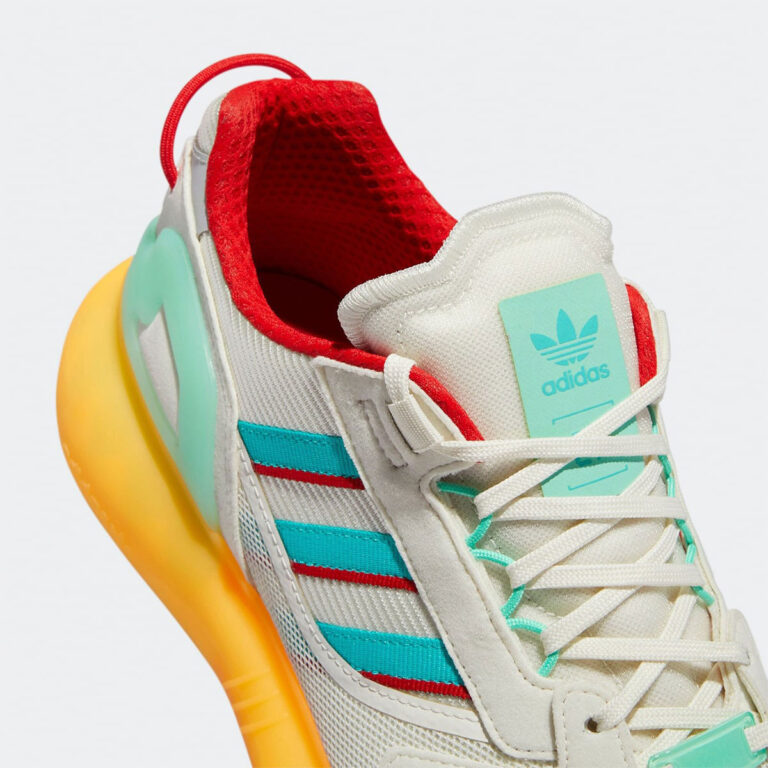 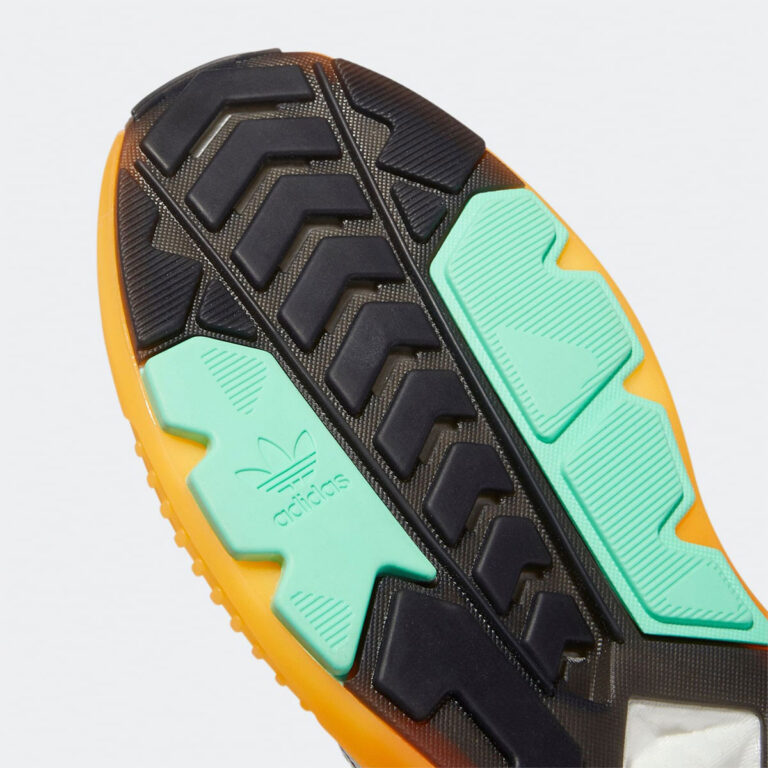