The 10 most iconic works of Virgil Abloh 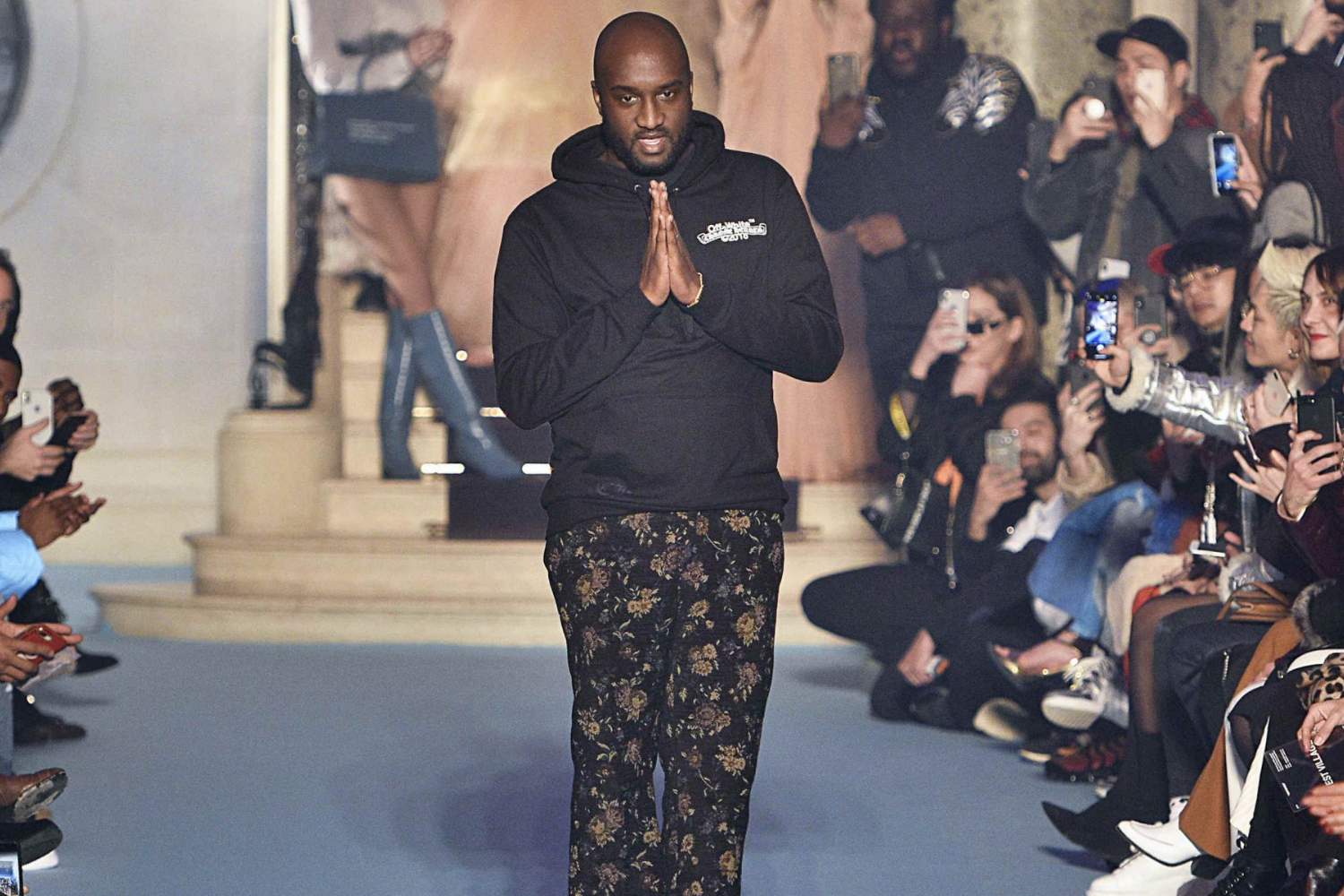 On 28 November 2021, news broke that fashion designer Virgil Abloh had died. Abloh was the founder of the Off-White brand and artistic director of Louis Vuitton menswear. He also had high-profile collaborations and worked on several artistic projects during his career.

In 2019, the designer was diagnosed with a rare form of cancer and chose to keep it private. Virgil later passed away at the age of 41. The designer has created a lot of high-profile designs in his career. In 2013, he founded his own brand Off-White. In his collections, he combined streetwear with luxury designs.

In addition to his extraordinary designs, he also found inclusiveness very important. Thus, in 2020, he founded 'POST-MODERN', a funding programme for "black youth". In the same year, he also launched 'FREE-GAME', a mentorship for "young creatives". All this made him an example for many and his works are considered iconic. Here is an overview of the 10 most iconic works of Virgil Abloh.

An art collective and DJ Crew were brought together in this design. Been Trill was a collaboration between Abloh, Matthew Williams, Heron Preston, YWP, Florencia Galarza and Justin Saunders. The merchandise featured the 'Rocky Horror Picture' font on the back.

With the large hastags on the model, the item made a big step towards streetwear in the luxury scene. In collaboration with streetwear cult HBA in New York, the shirt was quickly picked up by many.

In 2018, Virgil joined the team at Louis Vuitton. The first runway of his collection was a special one. From an emotional embrace with ex-boss Kanye West to models A$AP Nast and Blondey McCoy walking the runway, the first show was one for the books. The Holographic Duffle Bag was also a notable detail in the show. With its striking colours, the bag was given a playful twist.

Virgil has worked with Kanye West for a long time. As creative director at Donda, he designed several album covers of records such as 'Watch The Throne' and 'My Beautiful Dark Twisted Fantasy'. The cover of the album 'Yeezus', which Kanye released in 2013, is also Virgil's work. The cover has a simplistic design and "represented the death of a CD", according to Abloh.

'The Ten' Off White x Nike

In 2017, Virgil came out with 'The Ten' in collaboration with Nike. In this collab, Abloh gave ten iconic Nike models an Off-White makeover. From the Air Jordan 1 to the Air Presto, all ten models received Off-White branding on the designs. Especially the Air Jordan 1 'Chicago' was an iconic design from the pack. Chicago was Virgil's hometown and this made the sneaker extra special.

Virgil founded his brand 'Pyrex Vision' in 2012. With the brand, he gave hoodies, flannels and shirts a simplistic makeover and put his brand on the silhouettes. The 23 on the back refers to Michael Jordan, Abloh's child hero. The shirt was worn by Kanye West and group A$AP Mob and quickly became seen as a must-have.

The Ralph Lauren Rugby flannels with Pyrex branding sold out in no time. With this item, Virgil showed what he had to offer and the item became an iconic piece of clothing from that era.

The Industrial Belt by Off-White was part of the FW16 collection. The belt was worn in the most creative ways and had the brand's branding across its design. The belt was a must-have in the closet and was styled in the most unusual ways.

In 2019, Virgil collaborated with IKEA. From this collaboration came items like rugs, paperbags and this rug. The rug has a 'receipt' print and gave a nod to pop art. The design is simple and was a typical Abloh design. The passion for post-modern art was also well reflected in this design. The "KEEP OFF" rug (2019) also deserves a mention.

Virgil drew a lot of inspiration in his designs from the works of Marcel Duchamp, an artist from the conceptual art world. "Marcel Duchamp is my lawyer," Abloh said in an interview with 032c magazine. (2018). A famous work by Duchamp was the L.H.O.Q. This is a work of art in which the Mona Lisa has been given a moustache.

This work was featured in the FW17 show and the Mona Lisa was printed on the Off-White hoodies. With this design, the love for Duchamp's work is well reflected, along with Abloh's interest in art.

In addition to collaborations with Nike and IKEA, Virgil also came up with his own design of the Mercedes Benz. "It shows that luxury doesn't have to conform to ways of the past," Abloh told Highsnobiety. "It shows that design can show a new personality."

The latest iconic design from Virgil Abloh, is this Arc'teryxx Off-White dress. This unique item was worn by Gigi Hadid during the FW21 collection and combined the styles of Arc'teryxx and Off-White. In this piece, Abloh also combines streetwear with luxurious designs.