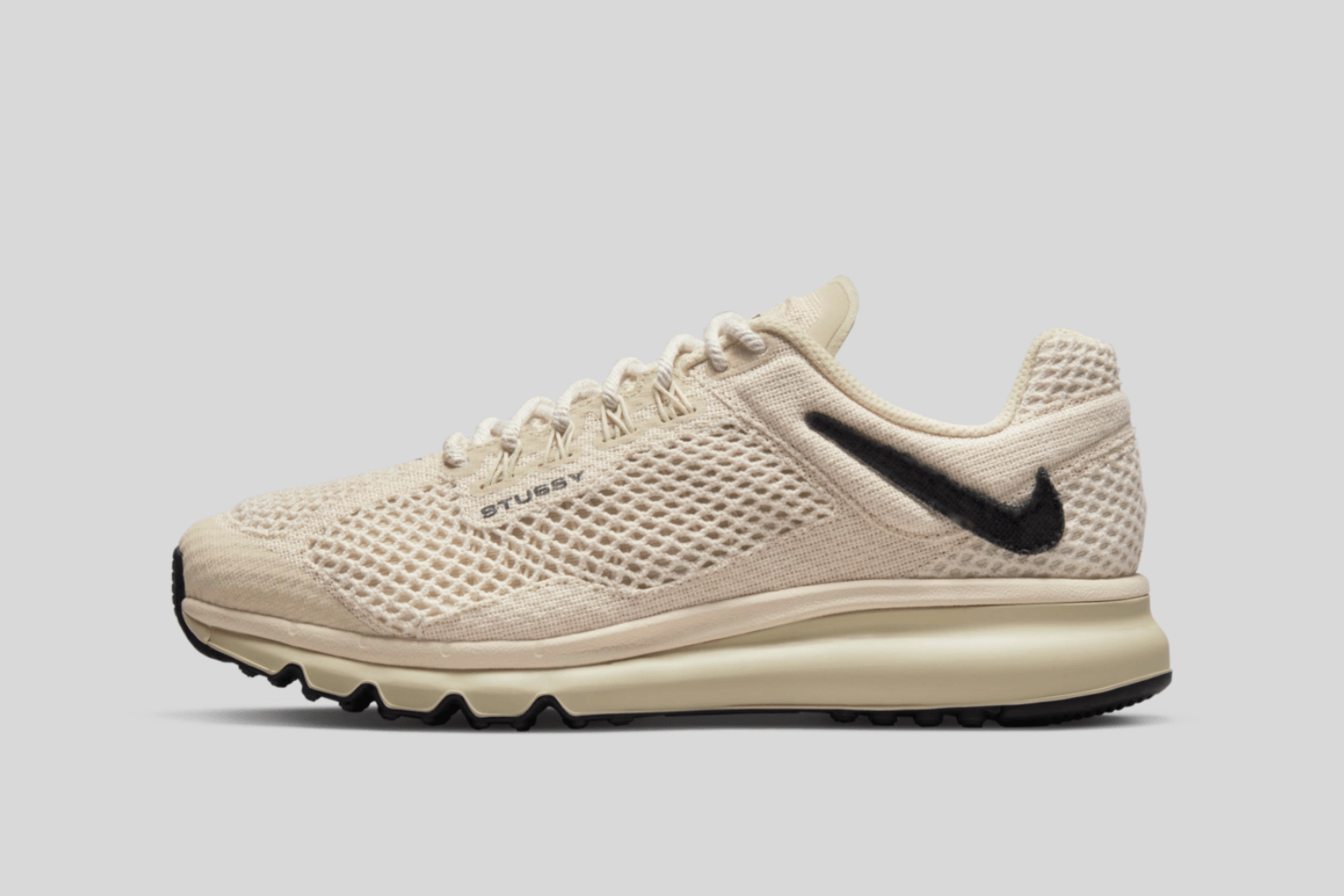 Stüssy and Nike are coming up with another collaboration. After the recent Air Force 1 collab, which was released in May 2022, now the Air Max 2015 model gets a makeover. The sneaker comes in a familiar colorway; 'Fossil'. We can expect the pair in 2022.

In late May 2022, Nike and Stüssy came out with three colorways of the Air Force 1 Mid. The Air Force 1 model celebrates its 40th Anniversary in 2022 and Stüssy did so with the 'Black', 'Fossil' and 'Light Bone' colorways. Now, less than a month later, the Nike Air Max 2015 appears in the 'Fossil' colorway.

The 'Fossil' colorway also appeared earlier in 2020 on the Air Force 1 Low and Air Zoom Spiridon Cage in collaboration with Stüssy. The colorway combines a beige color with black details. The 2015 Air Max colors the same light beige and features a black Swoosh.

Also, the sneaker seems to take its inspiration from the Air Max 2013. For example, the design is very reminiscent of the sporty silhouette of the AM 2013 and the midsole has been given the same shape. A striking detail on the Stüssy x Nike Air Max 2015, is the reversed Swoosh. This one hints at the Air Max 2015.

The upper has a hemp look. This gives the sneaker a fresh look. On the upper we see the Stüssy logo. The logo is black, just like the Swoosh and outsole. The midsole has been given the same 'Fossil' color and matches nicely with the upper of the sneaker. The laces have a rope-like look. 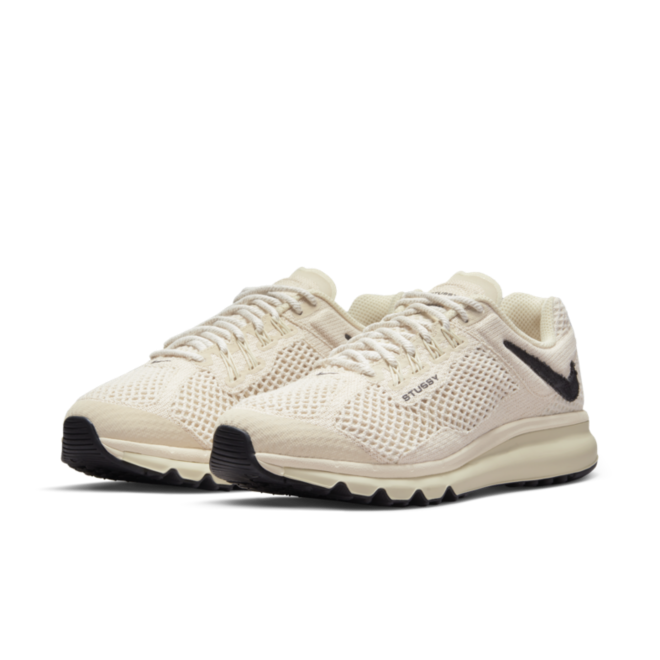 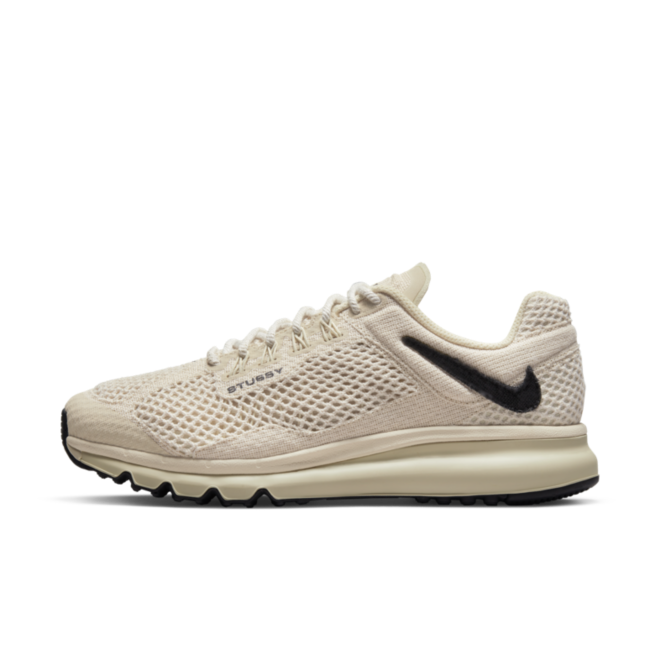 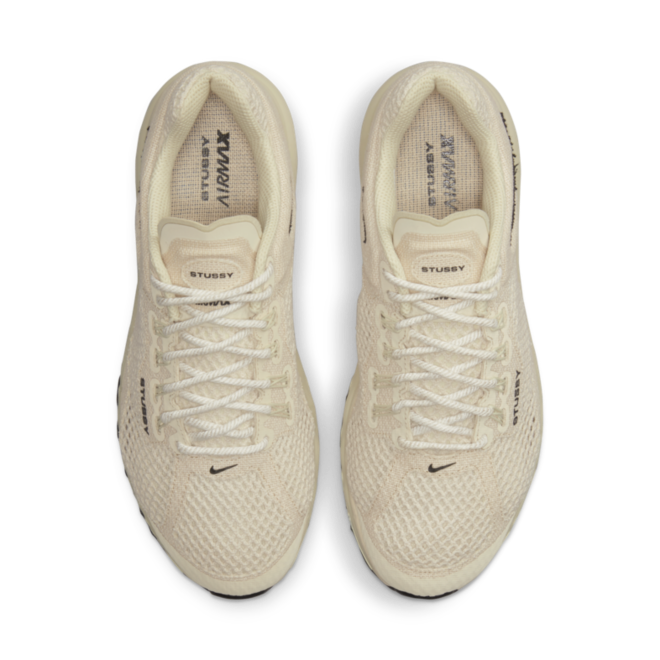 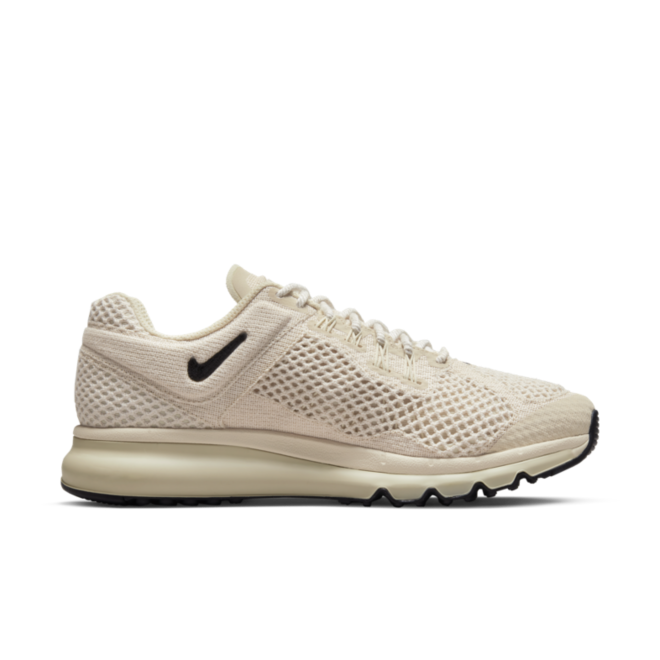 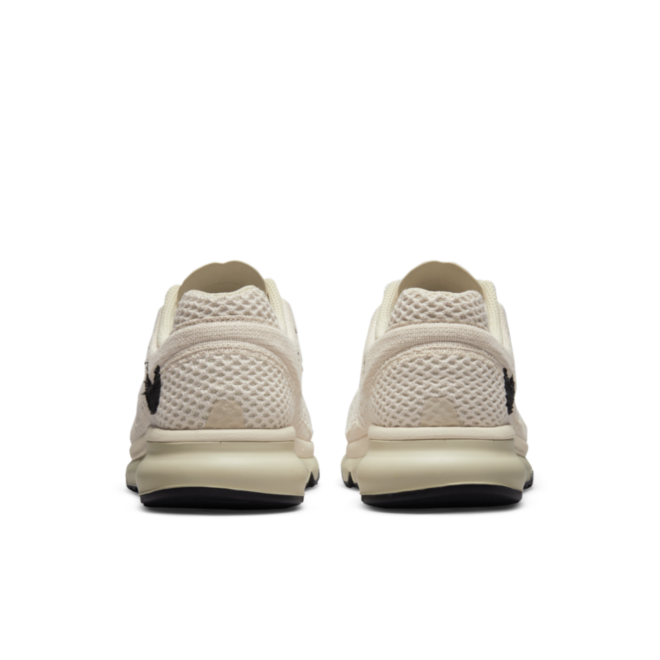 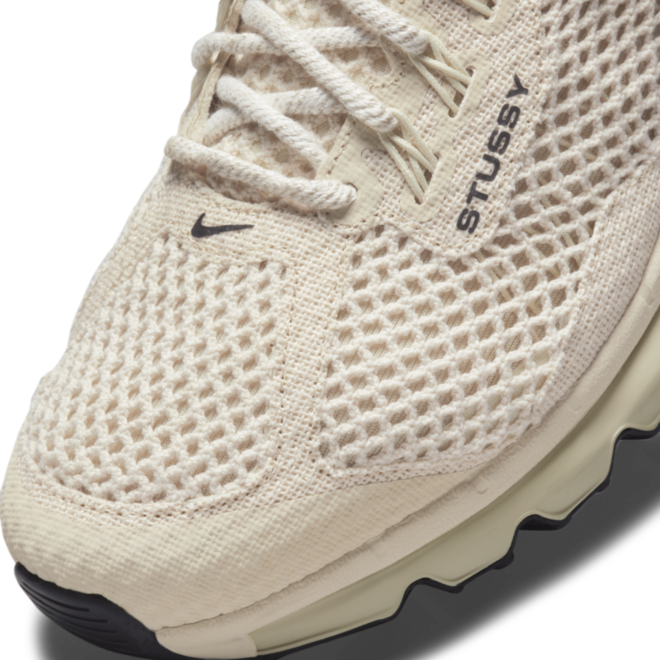 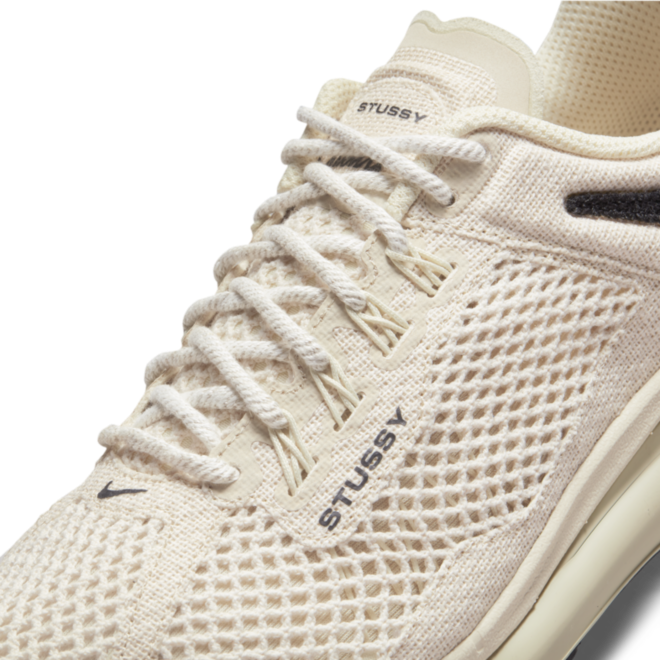 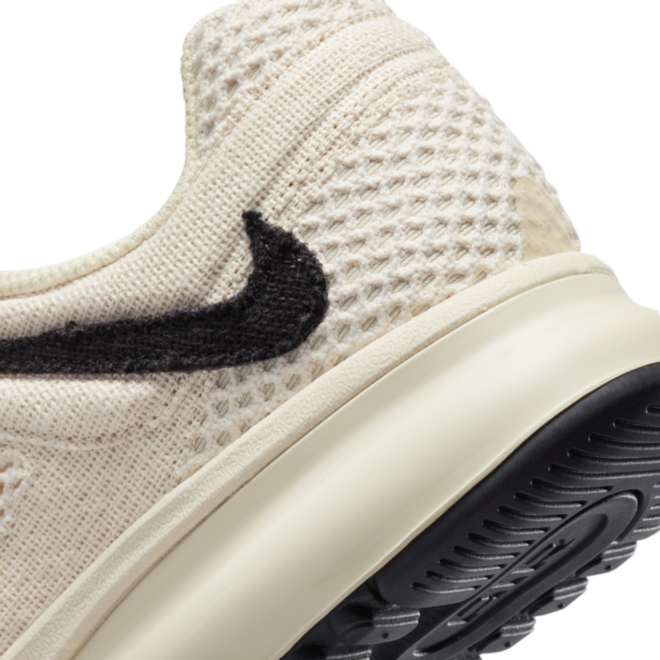 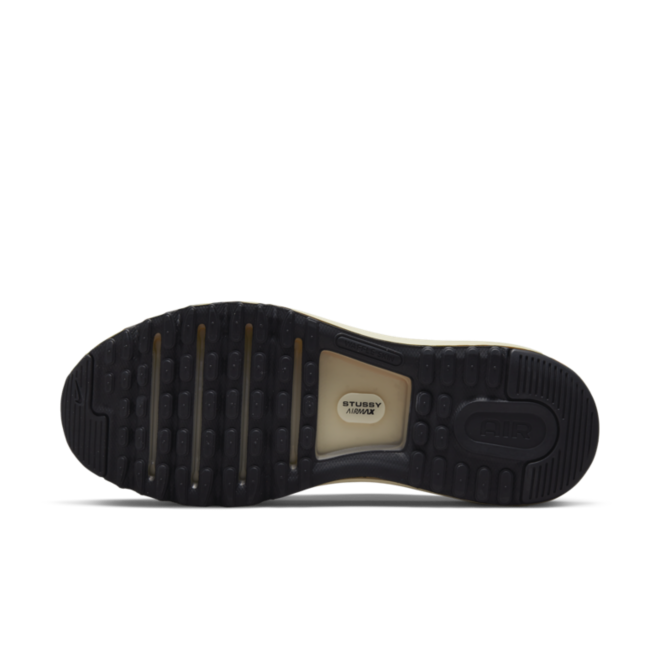