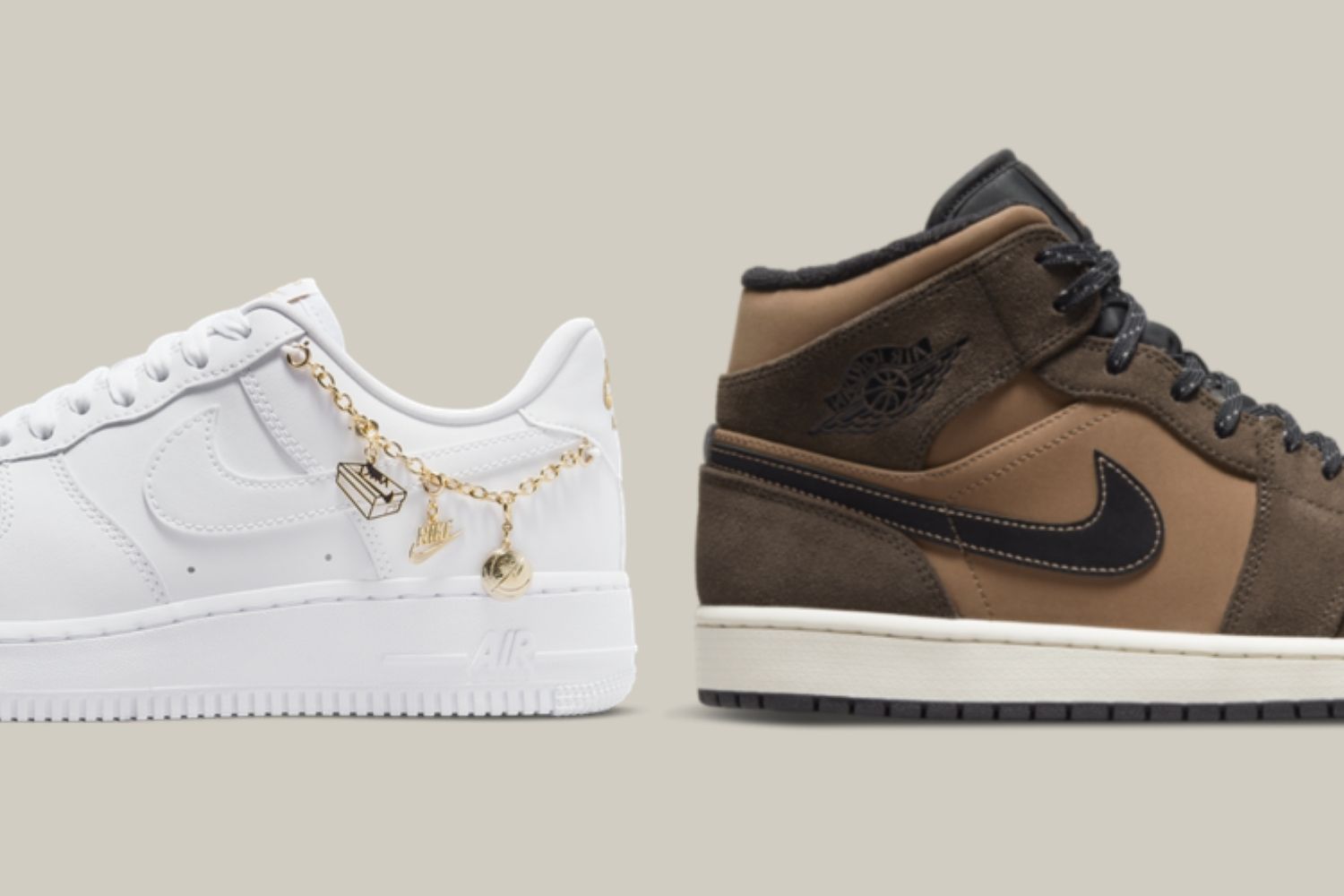 The Air Jordan 1 Mid 'Dark Chocolate' and the Nike Air Force 1 '07 LX 'Lucky Charms' are still in stock! Both pairs were released on 11 November 2021 and are still available at a number of shops.

The 'Dark Chocolate' is constructed entirely of suede and is dressed in various shades of brown. The swoosh on the middle panel is black and has brown foundations at the edge. The laces also share the same colour black, with a few reflective accents incorporated. Furthermore, the inner lining is made of plush materials.

The pair was released on 11 November 2021 and is still available at some shops. Click on the button below to see where you can still score this pair!

Along with the 'Dark Chocolate', the 'Lucky Charms' was also released on 11 November and has been given a notable element. The pair is completely white with the Nike logo on the heel and tongue set in gold. On the middle panel hangs a gold chain. Several lucky charms are attached to this. These charms come in the form of a shoebox, a basketball, a star, a swoosh and the Nike and Air Force logo.

The Air Force was first released on Nike Members Day exclusively for members of the Swoosh family. On Thursday 11 November 2021, the pairs were released again. On the button below you can see where you can still find the Lucky Charms.