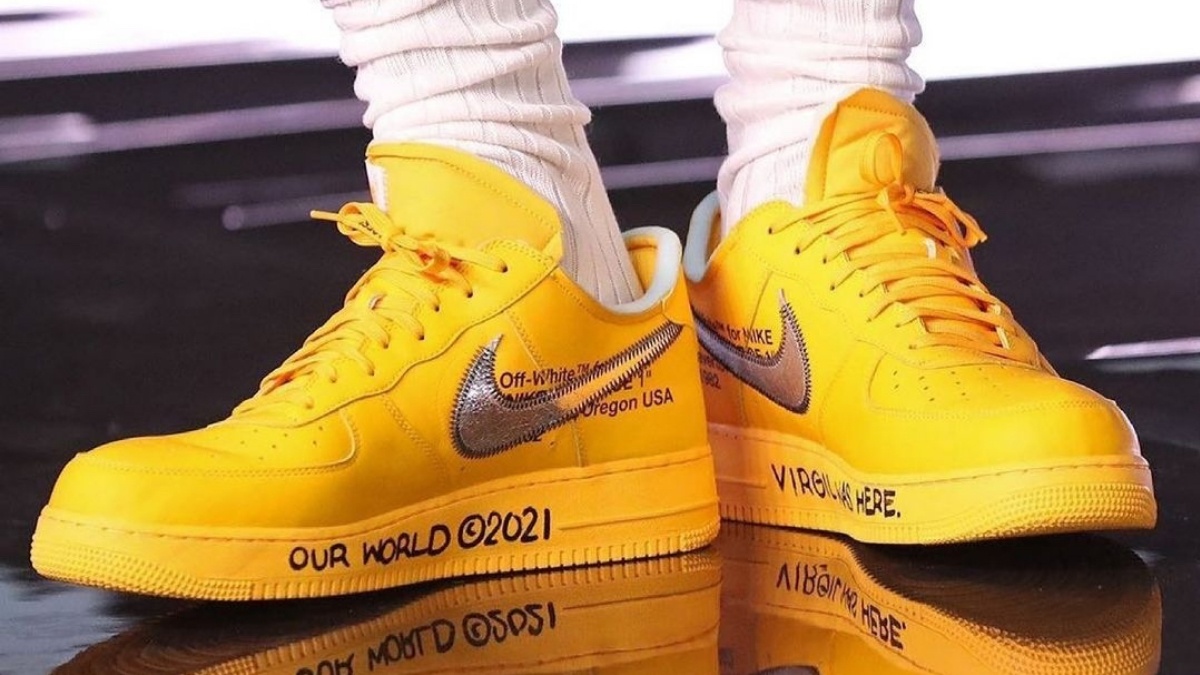 This year's NBA All-Star Game 2021 was quite a successful event for basketball legend LeBron James. Not only was he able to beat the opponents around Kevin Durant with his team, he also caused quite a stir upon his arrival! Because none other than Virgil Abloh himself equipped King James with a special version of the Off-White x Nike Air Force 1 'University Gold'.

You missed that? No problem:

The news that Virgil Abloh will release another collection with his brand Off-White and Nike already excited us all last year. Since then there have been many leaks and rumours, but it is now certain that the new 'The Twenty' collection will also include the "University Gold" colourway on the Off-White x Nike Air Force 1 Low.

Let's take a look at what makes LeBron's kicks so special and then, of course, we want to answer the important question of when and if we will be able to buy the look soon.

Virgil Abloh is, of course, a big name in the sneaker game. American designer, entrepreneur, DJ and one of the most hyped sneaker designers. He founded the Off-White label in 2012 and five years later the first Off-White x Nike collaboration was released. The rest, as they say, is history!

So for the next collaboration with Nike, Virgil has once again set his sights on the Air Force as a canvas, among other things. The pair signed by Virgil Abloh especially for basketball player LeBron James definitely makes you want more.

The midsoles of the LeBron sneakers read "BLACK LIVES MATTER", "LE BRON" and "VIRGIL WAS HERE". Otherwise, the kicks resemble the previous Off-White x Nike Air Force 1 colourways in most aspects. The upper of the sneaker has been kept in the colour University Gold and the Swoosh in metallic silver is accentuated with black contrast stitching. This makes the Nike branding particularly striking here. The Nike x Off-White kicks also feature the characteristic hang tag.

A strong performance by LeBron and indirectly also by Virgil! After the first impression of the new Off-White x Nike Air Force we are of course even more eager for a release! But do we get a chance to cop the kicks?

The Off-White x Nike Air Force 1 Low "University Gold" is expected to be released sometime in July 2021 and will be available from $150. Whether we will actually be able to buy the shoes here in Europe and in the normal way remains to be seen. Keep an eye on our sneaker news and release calendar - we'll keep you up-to-date!