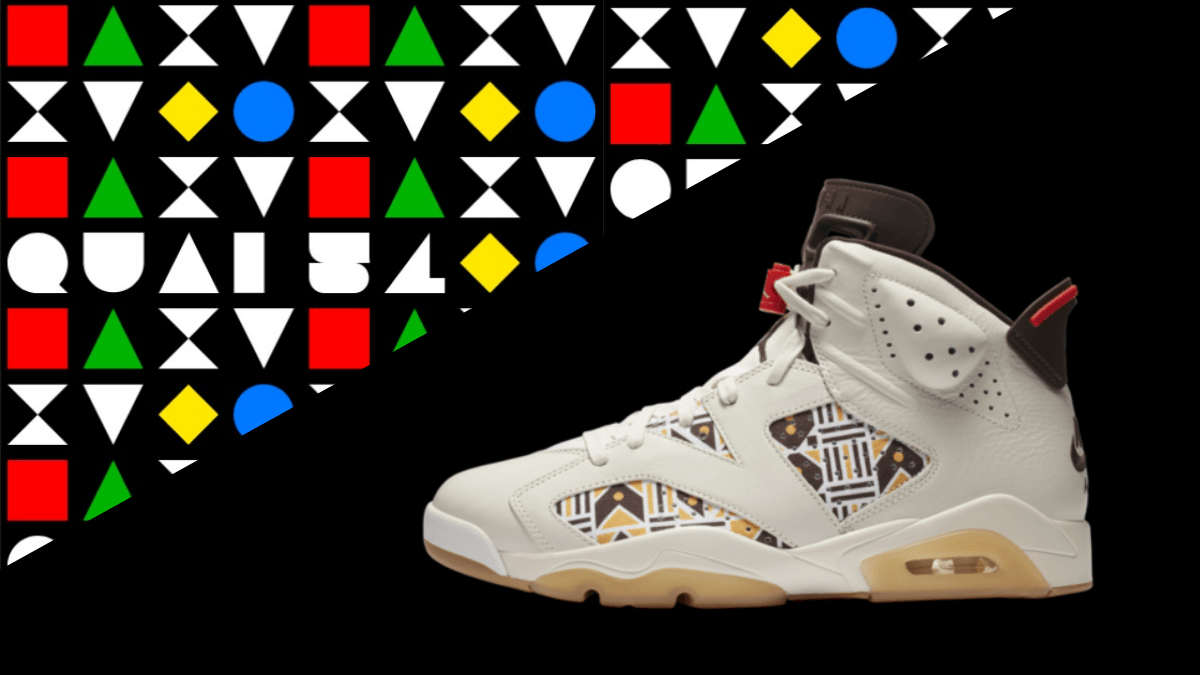 The first question that some of you may be asking yourselves now is: "What is Quai 54 and what is so special about the new Quai 54 x Air Jordan 6 '2020' collaboration? Oh, of course you'll want to know what the kickz look like! ? All this and much more about this collab and the background can be found in this blog post. Ready? WAIT - first the release info:

The Quai 54 x Air Jordan 6 '2020' will celebrate it's release on Saturday, July 4, 2020 at 09:00 am both at Nike and selected retailers. The sneakers will also come out in children's sizes. You can find a list of all retailers by clicking on the respective button below. ⬇️ With a bit of luck you can treat yourself to these gems on Saturday from €190.

So, you should have seen the first pictures of the nice kickz now. Colorway has as little to do with aliens and UFO's as Michael Jordan has to do with soccer. Nevertheless it's worth to have a look at the background of Quai 54!

The Jordan Quai 54 is one of the world's biggest street basketball tournaments and has actually been held every year since 2002 in the last week of June. Due to COVID-19, the event has been postponed indefinitely this year. Because normally the tournament is huge and even takes place in the heart of Paris, next to the Eiffel Tower! ? Furthermore, Quai 54 is the only streetball event so far, which is directly sponsored and mostly supported by Jordan brand. But I think at this point I have told enough. Have a look under here and see for yourself. I am definitely excited about the vibes!

Well? Promising too much? - I think not! I'm super hyped right now and I'd really like to see that live next year. ??

Back to the collab: Quai 54 x Air Jordan

Whether you can really call this a collaboration is a bit questionable in my opinion, considering that the event is actually almost owned by the Jordan brand. But let's put that aside at this point and come to the more interesting facts. The two "players" have already released some extremely nice Jordan models in the last years!

Okay, okay! I know you finally want more pictures of the new model! Be satisfied with one of them first, because before I show you all the pictures, I'll give you a small, fine detail analysis for you, yooooo!

An extremely beautiful colorway! We get the Air Jordan 6 in neutral, earthy colors by and large. Here we saved on knick-knacks and the previous colors red and blue and invented something new, which doesn't necessarily have to fit the corporate design of the event. Thank god! This time the collaborators have put a nice graphic pattern as print under the overlays.

Let's start at the bottom: The new Quai 54 x Air Jordan 6 '2020' features a gumsole with a white midsole. The basketball sneaker has a 'Sail'-colored upper, which allows the print to attract a lot of attention under the typical overlays. The Nike Air logo, as well as the Quai 54 logo on the heels come in a nice brown, as do the tongue and the sockliner. The whole thing is accentuated by several small red details like the lace lock. Nice thing - had to have!

Okidoki, that's it for today with my overview of the upcoming Quai 54 x Air Jordan release! As promised there are also more pictures of the nice kickz! ⬇️

You want to know where you can get them? By clicking on the button below you will be taken directly to the list of all retailers who will sell the shoe. ⬇️