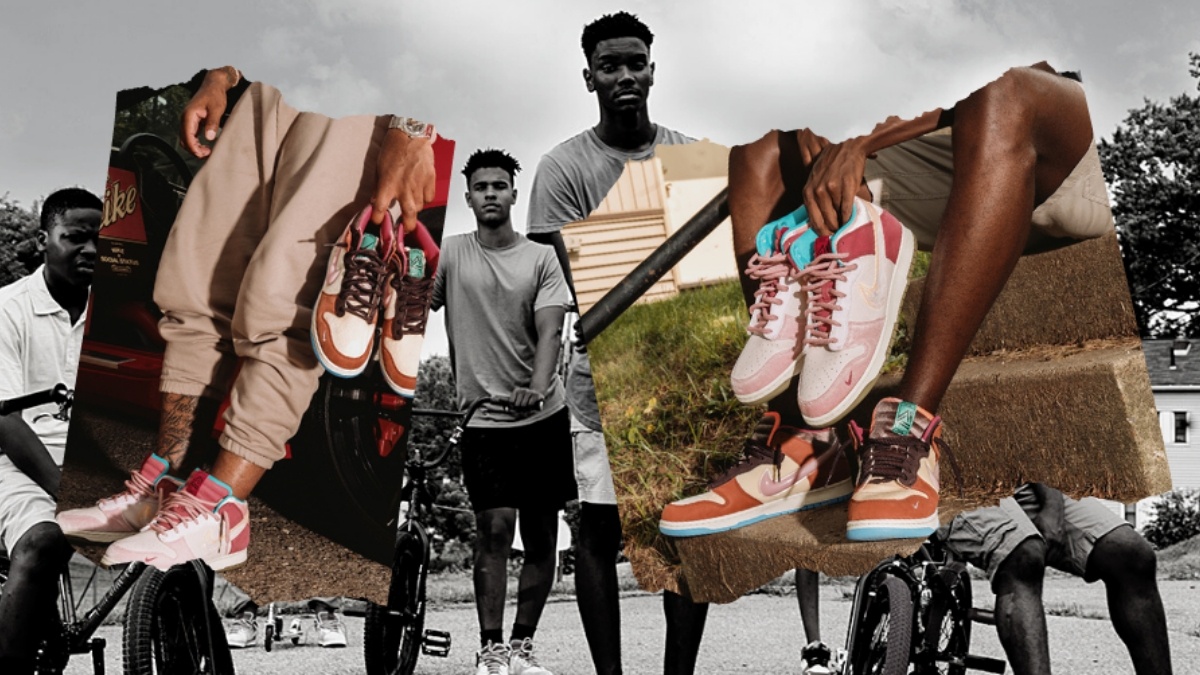 To promote the release, Social Status made a short film. In this short film, you see a group of young people cycling in their neighbourhood. They go to 'Free Lunch', also the name of the capsule, and on the way they meet all kinds of characters.

In the video, you see OG Hustle with an expensive car and expensive necklaces. Because one of the guys gives him a free lunch, he gets a pair of sneakers from his boot. These are the Dunk Mid's.

One of the two colorways is inspired by chocolate milk. The brown colour is reflected on the leather overlays. The base and tongue of the Dunk Mid are made of velour.

The toebox and side panel are in light beige colours, while the heel and tongue are darker. The Swoosh is pink and shiny. The laces look like rope.

The second colorway is inspired by strawberry milk. On this pair, the front overlays are made of velour and the base along with the rear overlay is leather. The heel on this pair is also made of velour.

The upper of this edition features different shades of pink. The laces and the tongue are also in this colour. The lining is blue, which is immediately noticeable.

The two Dunk Mid's release on two different days. The Social Status x Nike Dunk Mid 'Chocolate Milk' will be released on Saturday 4 September and the 'Strawberry Milk' on Saturday 18 September. Don't want to miss this release? Follow us on Instagram and turn on your notifications in the Sneakerjagers app.

Available at marketplaces
View all retailers
€110