Pharrell Williams in the sneaker and street wear game 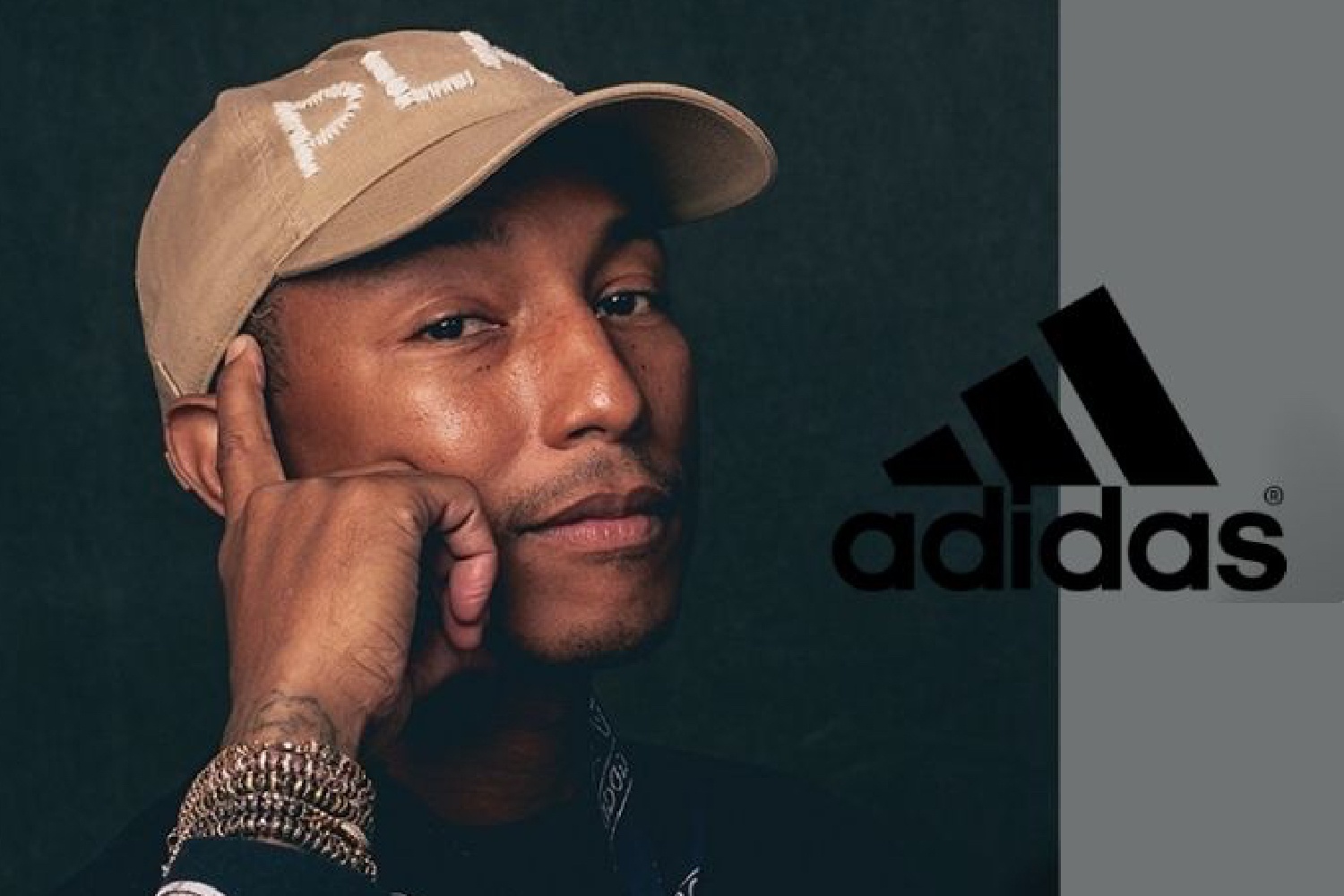 Pharrell Williams is certainly a household name for many of you, dear community. The artist has been working with adidas for quite some time, is a well-known musician and producer and his designs also play a big role in street wear. Today we want to take a look at the life and work of this likeable star and of course not forget his milestones in the sneaker world.

Pharrell Williams: Musician, artist, producer, designer and and and

The rapper and singer Pharrell Williams was born in America in 1973. He was already very interested in music at a young age and in his school days and is already starting several projects.

At the age of 26, in 1999, he made his breakthrough as a music producer and the world took notice for the first time.

In the 00s, he celebrated success as a member of the hip-hop group N.E.R.D.. The group consisted of Chad Hugo, Chay Haley and Pharrell Williams and released their first album "In Search Of…" in 2002. The group's name stood for "No One Ever Really Dies" and they released their last album in 2017.

Pharrell also released his solo debut album "In My Mind" in 2006. The album, which also featured artists such as Kanye West, Pusha T and Snoop Dogg, reached number three on the Billboard 200.

Since then, at the latest, it has been impossible to imagine the music industry without the artist. Williams is also a world-renowned songwriter. For example, Nelly's breakthrough hit "Hot In Here" was written by him, and Snoop Dogg, Justin Timberlake, Beyoncé and many other artists have benefited from his lyrics in their careers. Since 2016, the star has also been working in the film industry as a producer.

Fashion with more behind it

In addition to his eventful career in the music and film industries, Pharrell Williams has also had a major influence on the street wear fashion of our time.

If you've been around the sneaker & streetwear game for a while, dear community, you're probably familiar with Pharrell's own brand BBC. Billionaire Boys Club was founded in 2005 and has been going uphill ever since. Over the years, we've seen celebrities like Lil' Wayne, Jay-Z and Kanye West wearing nice pieces from the brand.

The brand was founded by Pharrell Williams and his good friend Nigo. Nigo, now a Japanese streetwear icon, was also a well-known DJ at the time and is also the founder of the popular brand. "A Bathing Ape" (BAPE).

With Nigo's Human Made brand, adidas has also designed some sneakers, also partly together with Pharrell.

BBC always focuses on the quality of the products as well as the uniqueness of the designs and often there is only a limited production number of products. Pharrell and Nigo founded Billionaire Boys Club with a specific message:

"True wealth is not in your pocket, but in your heart and intellect."

Williams' style has a huge influence on today's streetwear and this is also reflected in the collaboration with adidas. In 2014, adidas announced the collaboration with Williams. In the same year, the two also directly released the 'Solid Pack'. In this collection, the Stan Smith model was offered in different colourways. The sneakers kept their classic silhouette but were dipped in different, bright colours.

Over the years, the Solid Pack has been released in other silhouettes in similar colorways.

When we talk about adidas and Pharrell we have to mention the NMD designs, the various Superstars, the Tennis HU, the basketball looks by Pharrell, the Triple Black collection, the Humanrace designs, the Ecru colorways and and and… As you can see, dear community, in this post we can by no means present all of Pharrell's sneaker designs in detail. However, we would like to highlight a few of his works.

You can find Pharrell's sneakers in our search engine and more info in the sneaker news.

Also colourful was the Superstar Supercolor pack, where the adidas classic has been launched in different colorways. The remarkable thing about this pack is that all the sneakers have the same colour from head to toe.

We have also seen the Superstar more often at Pharrell and adidas, such as in the Primeknit version.

Pharrell, Humanrace and the adidas NMD

On 23 July 2016, Pharrell and adidas released the NMD 'Human Race' collection, with different colorways of the NMD and the words Human Race on the upper. With this, the artist wanted to convey a positive message to the models. Again, many colourful designs have been launched over the years.

The comfortable NMD with flexible upper and Boost cushioning is a lifestyle sneaker with a lot of running vibes and experienced an absolute hype after its first release in 2016, also thanks to Pharrell.. Pharrell then gave the look his very own vibe:

Humanrace is a product company founded by Pharrell Williams with a mission to empower all people in their pursuit of wellbeing.

The trend of the adidas Tennis Hu

A look into the future:

There will also be an NMD in 2021, celebrating the anniversary of N.E.R.D.'s debut album. Another NMD Hu will be released in 2021 in collaboration with Billionaires Boys Club, Pharrell's streetwear brand.

Click on the button to get all the release information and to find out more about the sneakers and their designs.

Raffles only
View all retailers
€209

Hyped sneaker releases are listed in our release calendar, along with an overview of all dates, prices, shops, raffles and other info. This way you'll always be up to date.