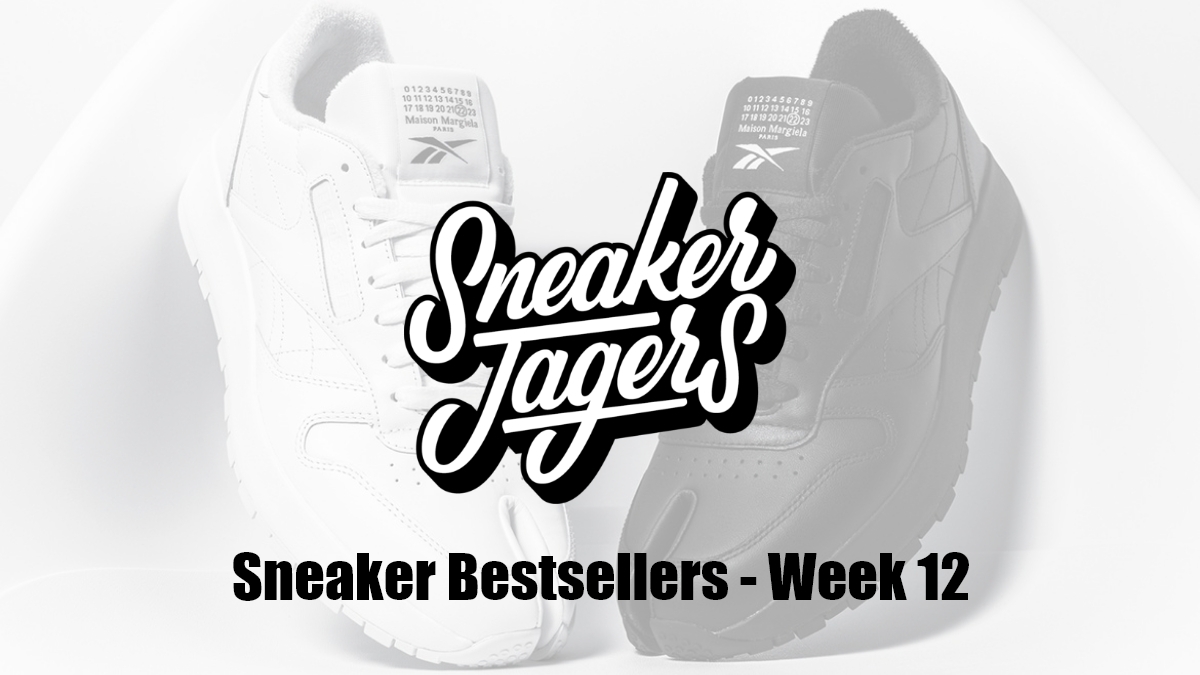 Our sneaker bestsellers for week 12 include (unsurprisingly, as it was Nike Air Max Day on 26 March) a Nike Air Max 90, but also a Blazer Mid '77, and a Reebok Classic has also dropped in as a popular seller this week!

Don't forget, as hyped kicks are usually sold out instantly, we only ever comment on the the trend sneakers that are still available. But you still need to be quick!

French luxury brand Maison Margiela have teamed up with Reebok to release a striking silhouette. They combined two silhouettes from both brands into one special design. The popular Reebok Classic Leather has now been released in black and white.

The most striking detail - the two-part toe box, which bring to mind 'Tabi'; traditional Japanese socks worn with thonged footwear such as 'Zori'.

Inspired by cinemas of the past, the 'Popcorn' colorway on the Nike Blazer Mid '77 is a gorgeous combination of cream and white leather. The striped branding on the tongue also bring popcorn bags to mind. No wonder this sneaker has been so popular since its release on 9 March 2021!

Some other nice touches on the shoe include 'Fresh since '77' is written in gold across the heel, and the golden popcorn-shaped hangtag.

Nike Air Max Day was on 26 March, but this sneaker released a little earlier on 22 March, and has proven really popular. Part of the 'Kiss My Airs' pack, this Air Max 90 features the 'Infrared' red colour originally used on the 1990 release.

The base, originally white, has been replaced with a grey and black theme, and the black overlay above the sole has been given a safari print.

You can read more about the pack here!

We hope you like our sneaker bestsellers from week 12! Did you cop any of these yourself?

If you don't want to miss a release, check our release calendar or download the app for daily sneaker updates.