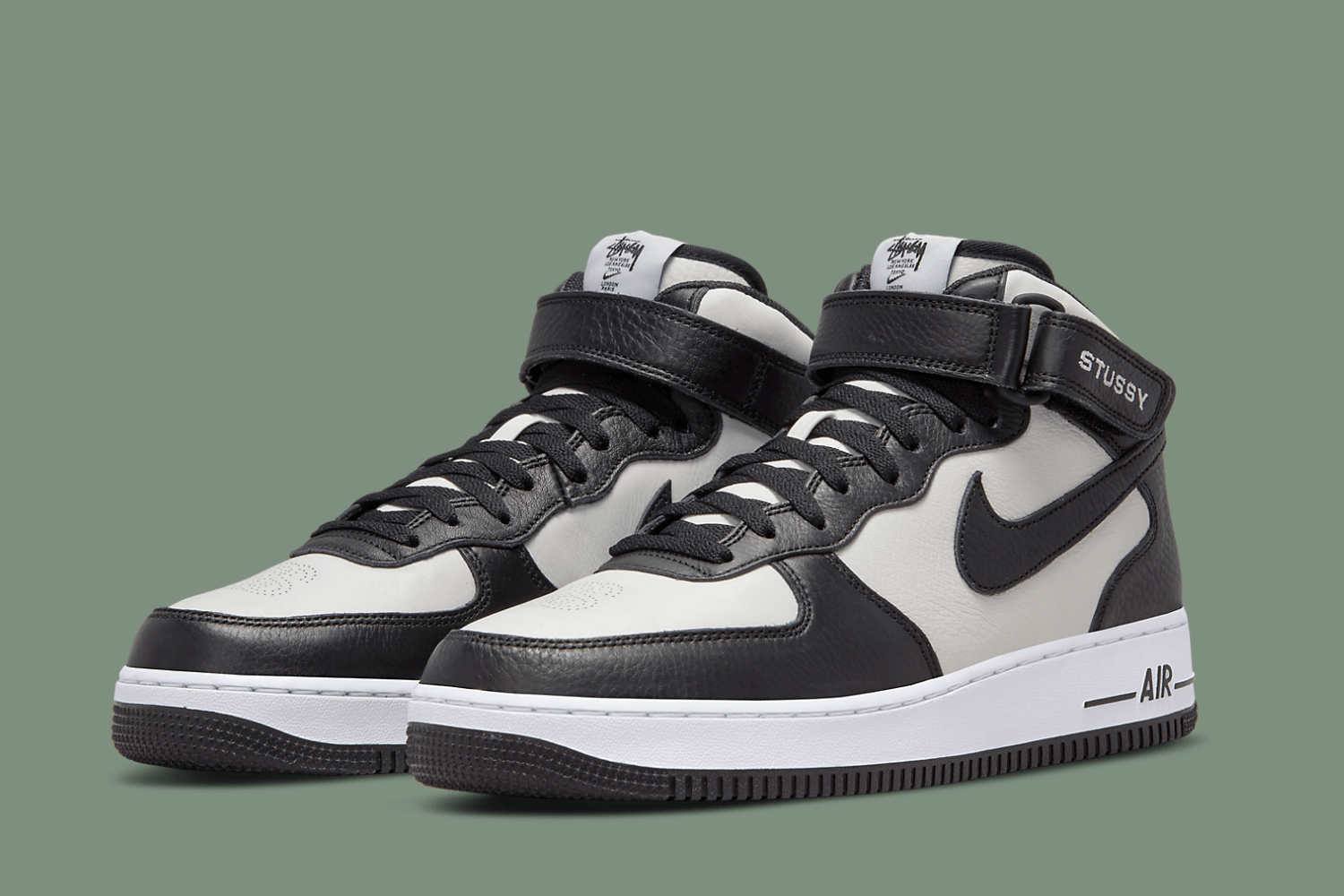 Now the Air Force 1 Mid is getting a makeover. The Air Force 1 celebrates its 40th anniversary in 2022 and Stüssy is responding to this. The pair gets a black and white colorway. Stüssy branding can be found across the entire silhouette. The toe cap has perforations in the shape of the brand. The logo is also placed on the strap on the heel.

The label on the tongue features both brands. These are stitched here in black and combine well with the rest of the sneaker. On the heel, a silver Stüssy emblem makes its appearance. The Swoosh is stitched in black, and the Air logo is also stitched in black on the midsole.

The sneaker has no official release date yet. However, the Air Force 1 Mid is expected to be released in 2022. 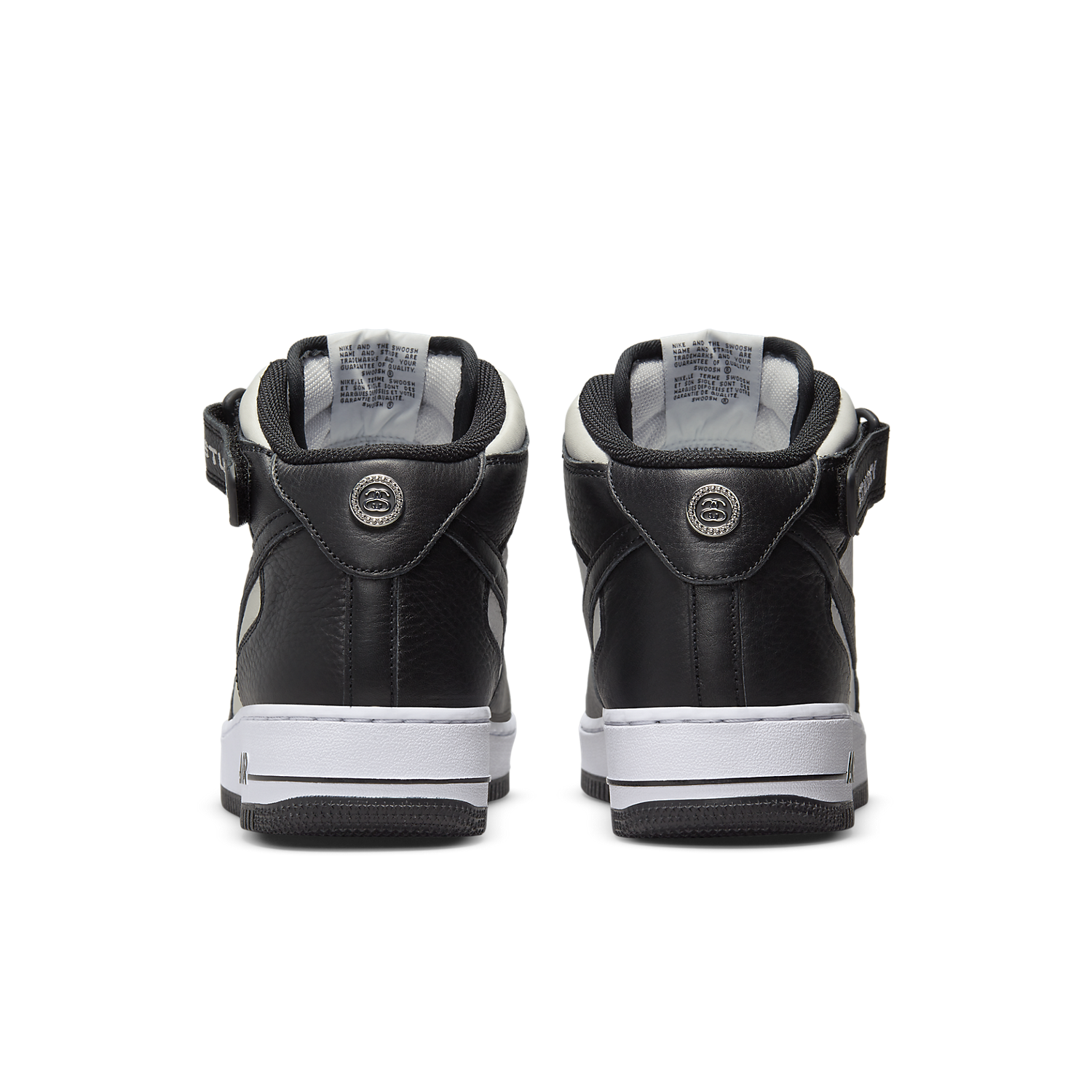 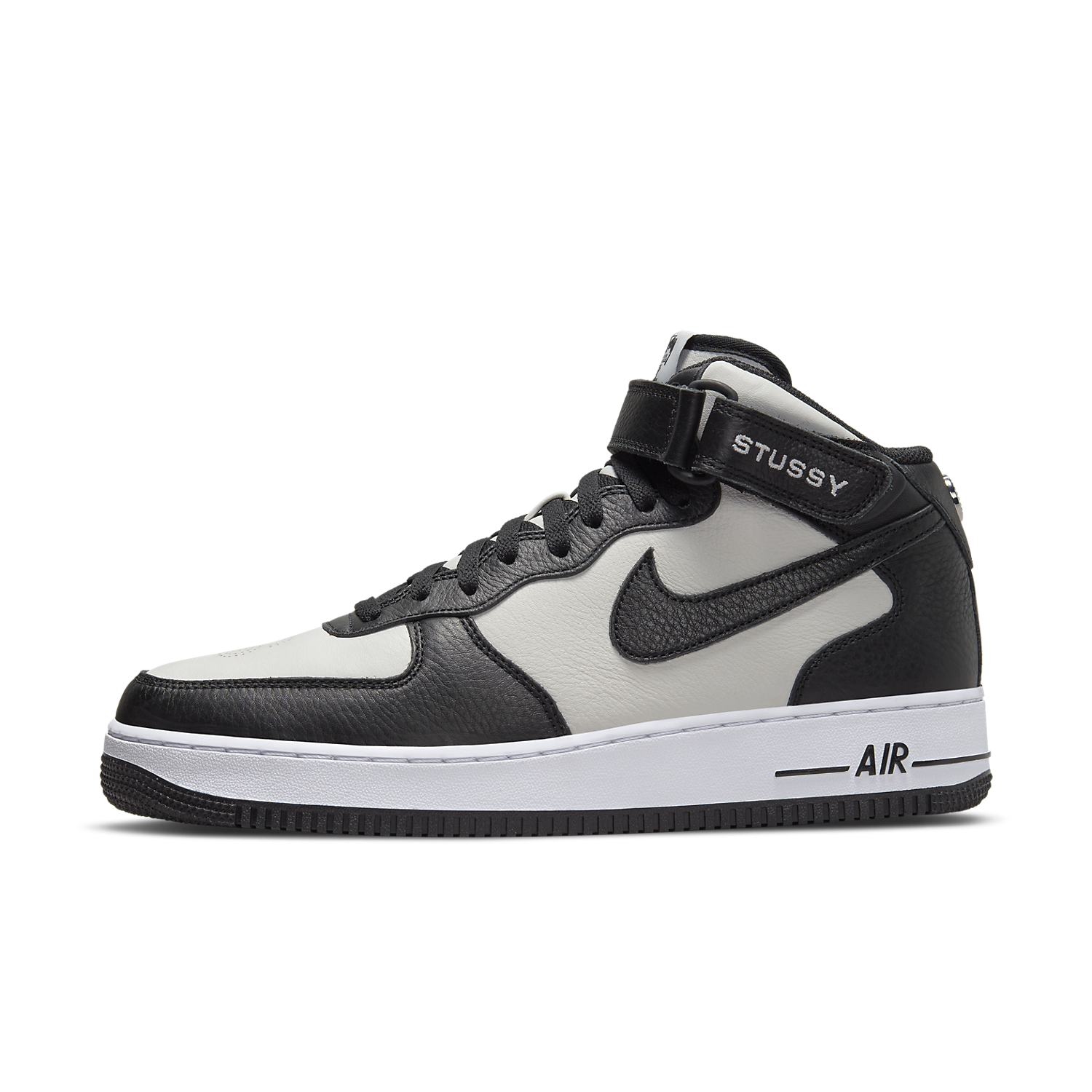 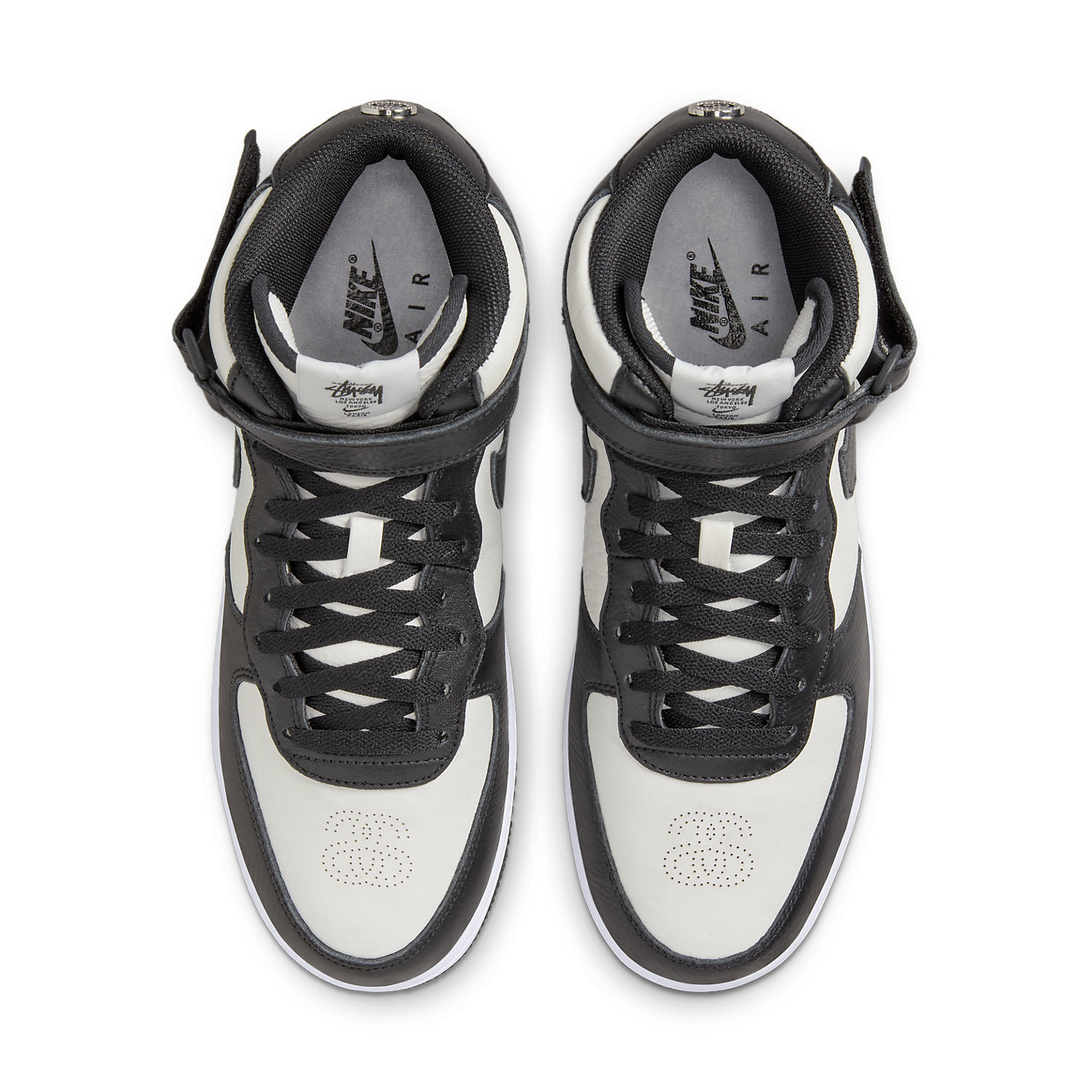 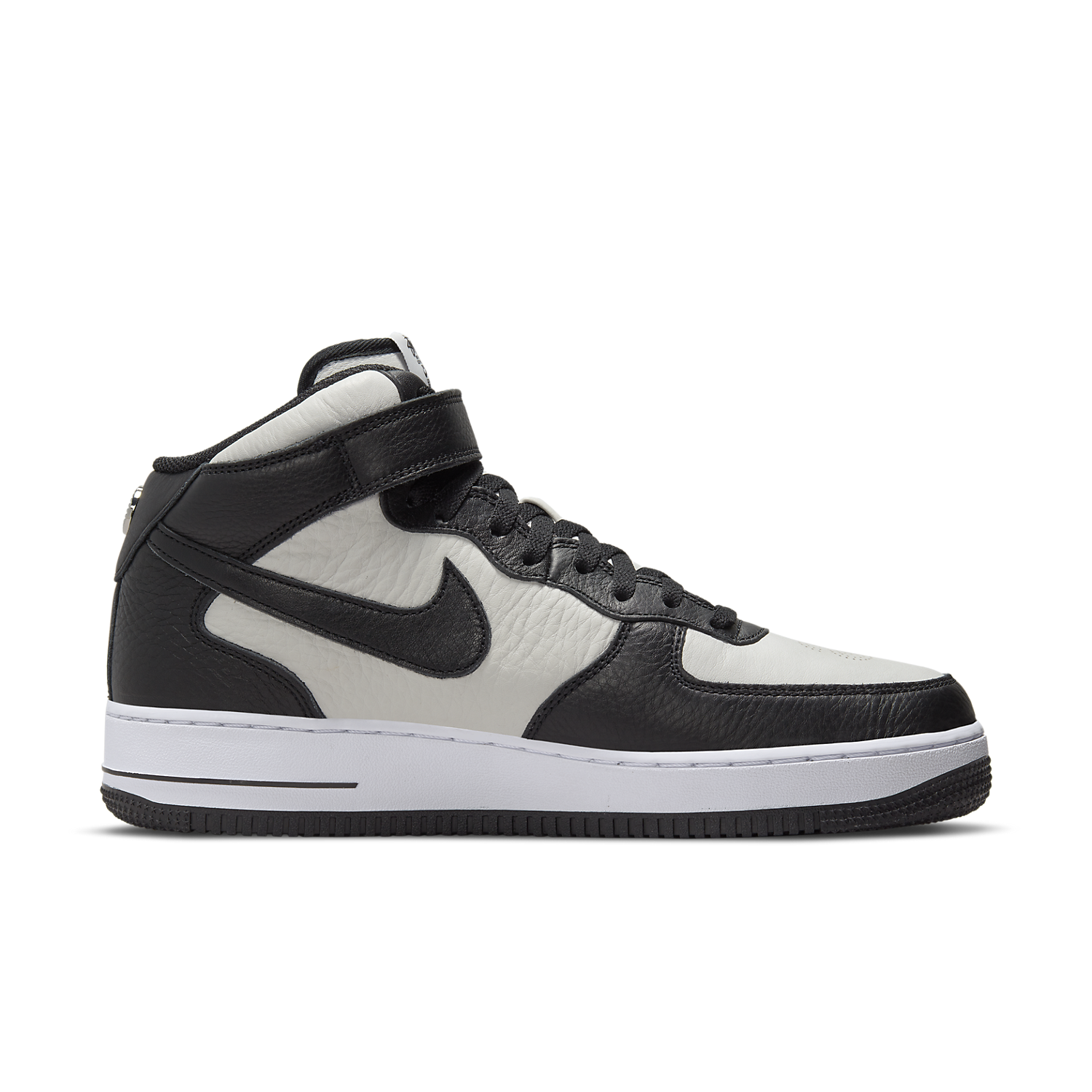 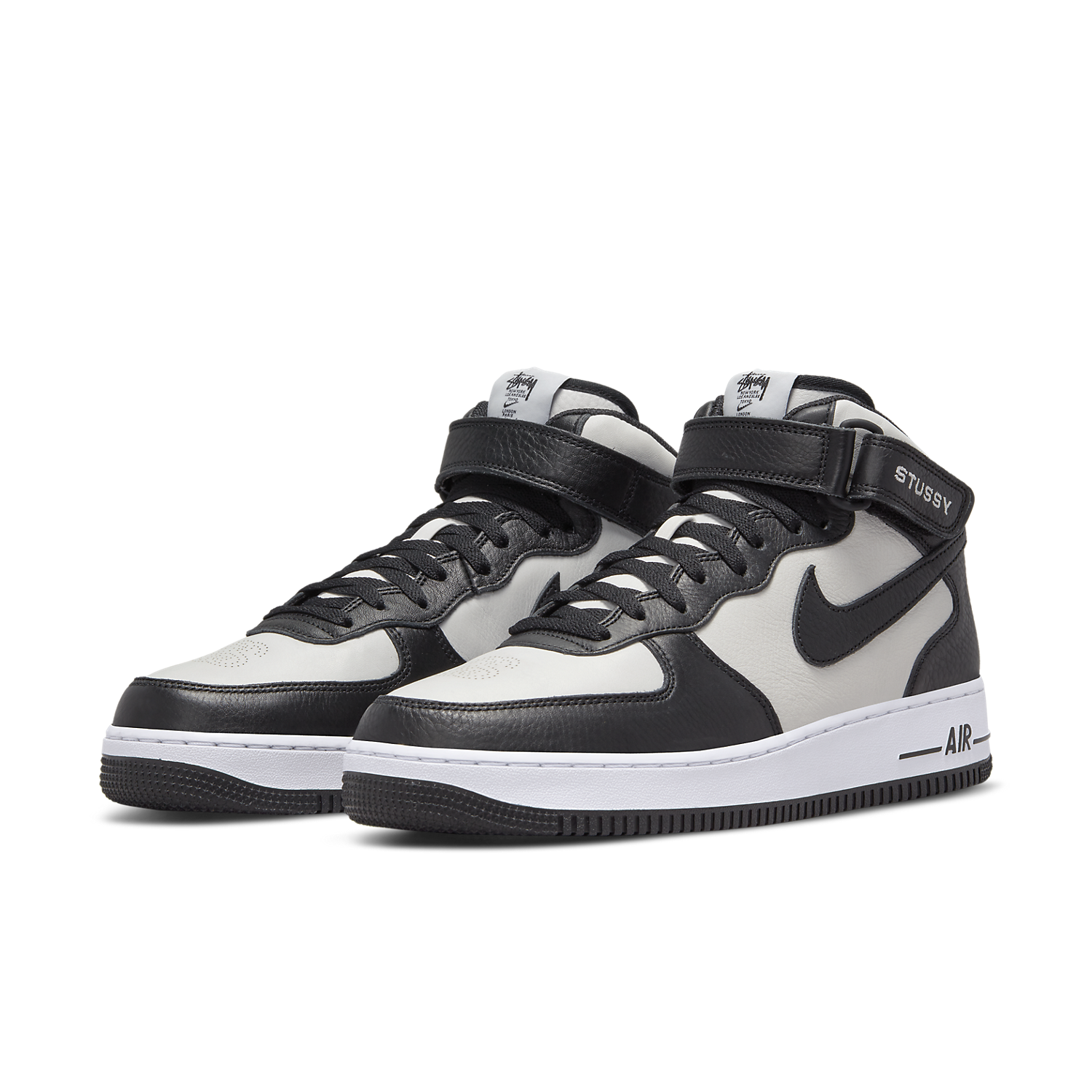