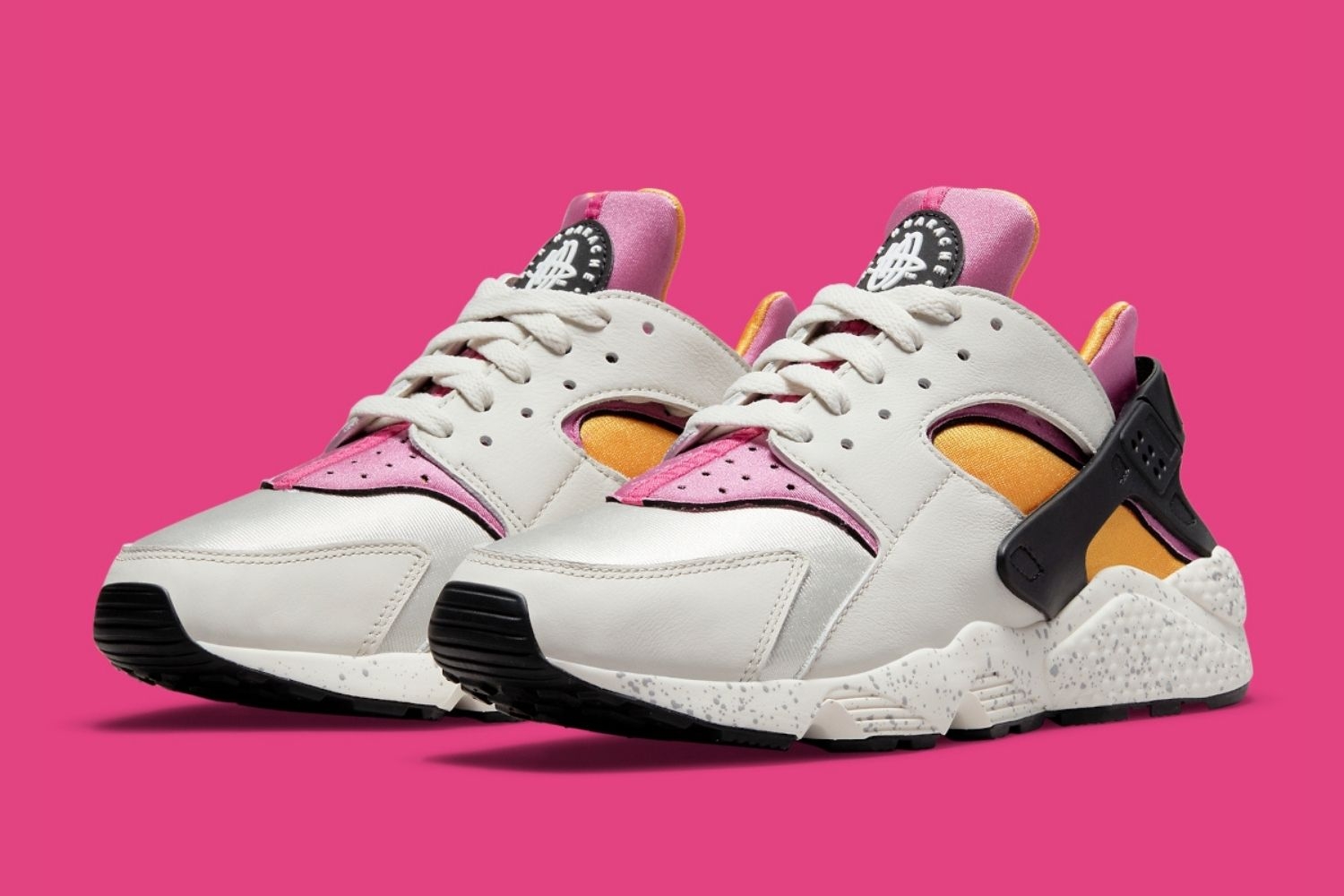 Nike unveils a new Air Huarache in the colorway 'Lethal Pink'. The brand has already announced a few releases for the upcoming year and the 'Lethal Pink' is a nice addition to that.

The Nike Air Huarache was launched in 1991 and is named after traditional Mexican flip-flops. The first 5,000 pairs were sold to marathon runners and because of its comfortable fit, the shoe was soon seen as a positive.

This is because the base is made of neoprene. This makes the shoe 'embrace' your foot, as it were. Over the base, leather overlays give the shoe more sturdiness. The 'Lethal Pink' combines the colours white and pink and has yellow accents. This makes the pair perfect for Spring.

The heel clip is black and matches the outsoles nicely. This pair also has speckled midsoles. Finally, Nike's branding can be found all over the pair.

The Nike Air Huarache 'Lethal Pink' will make its appearance in 2022. Until then, we can already take a look at the official images of the shoe. 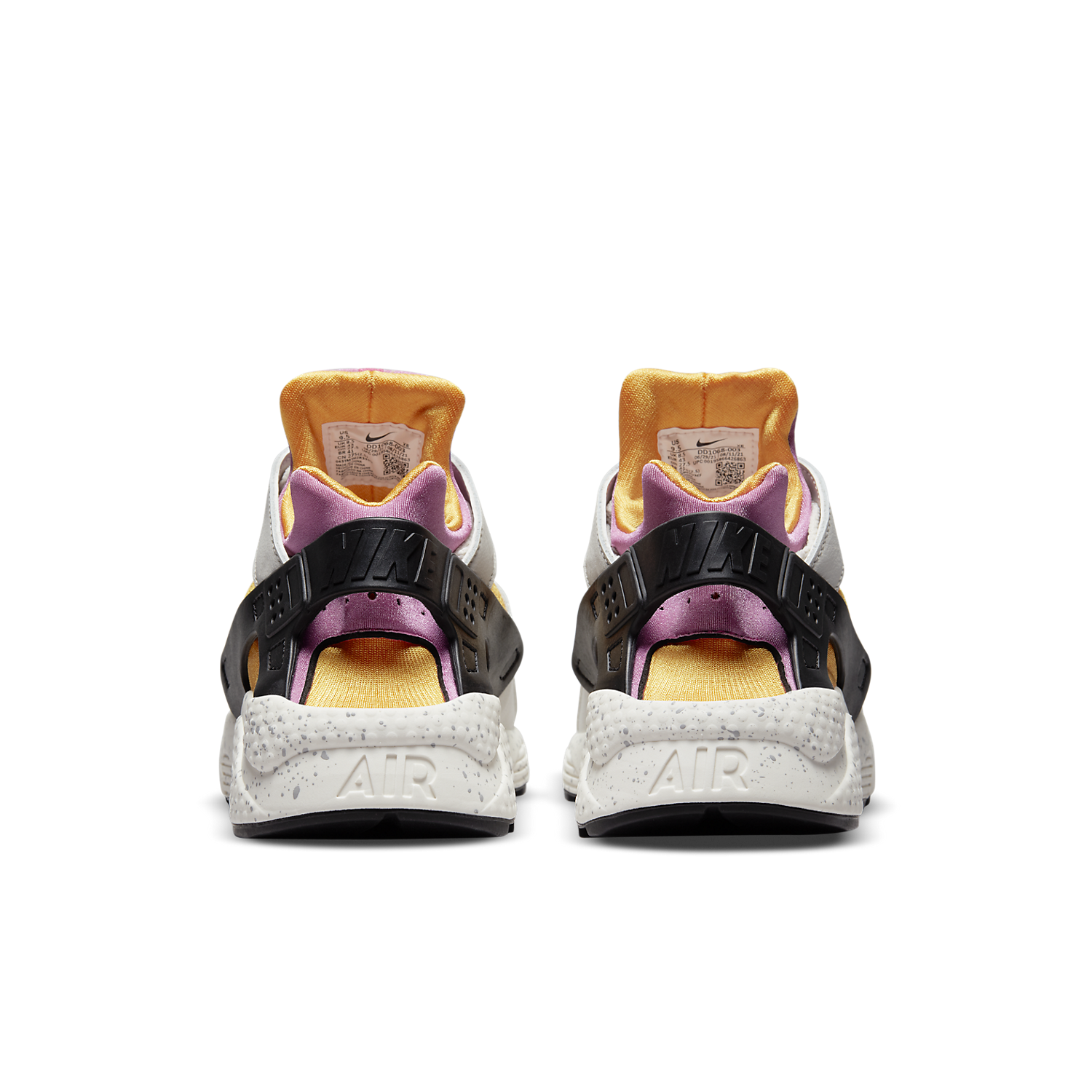 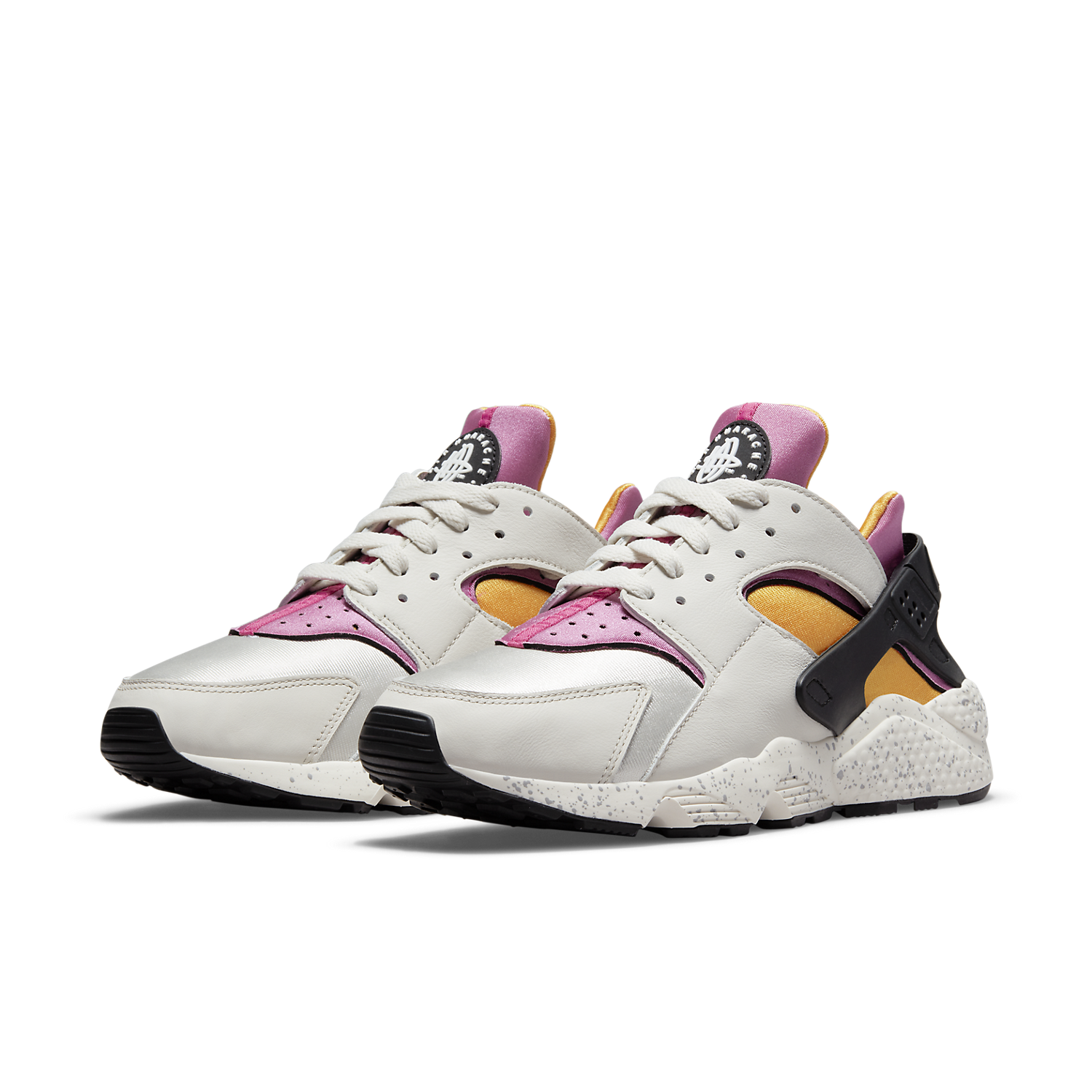 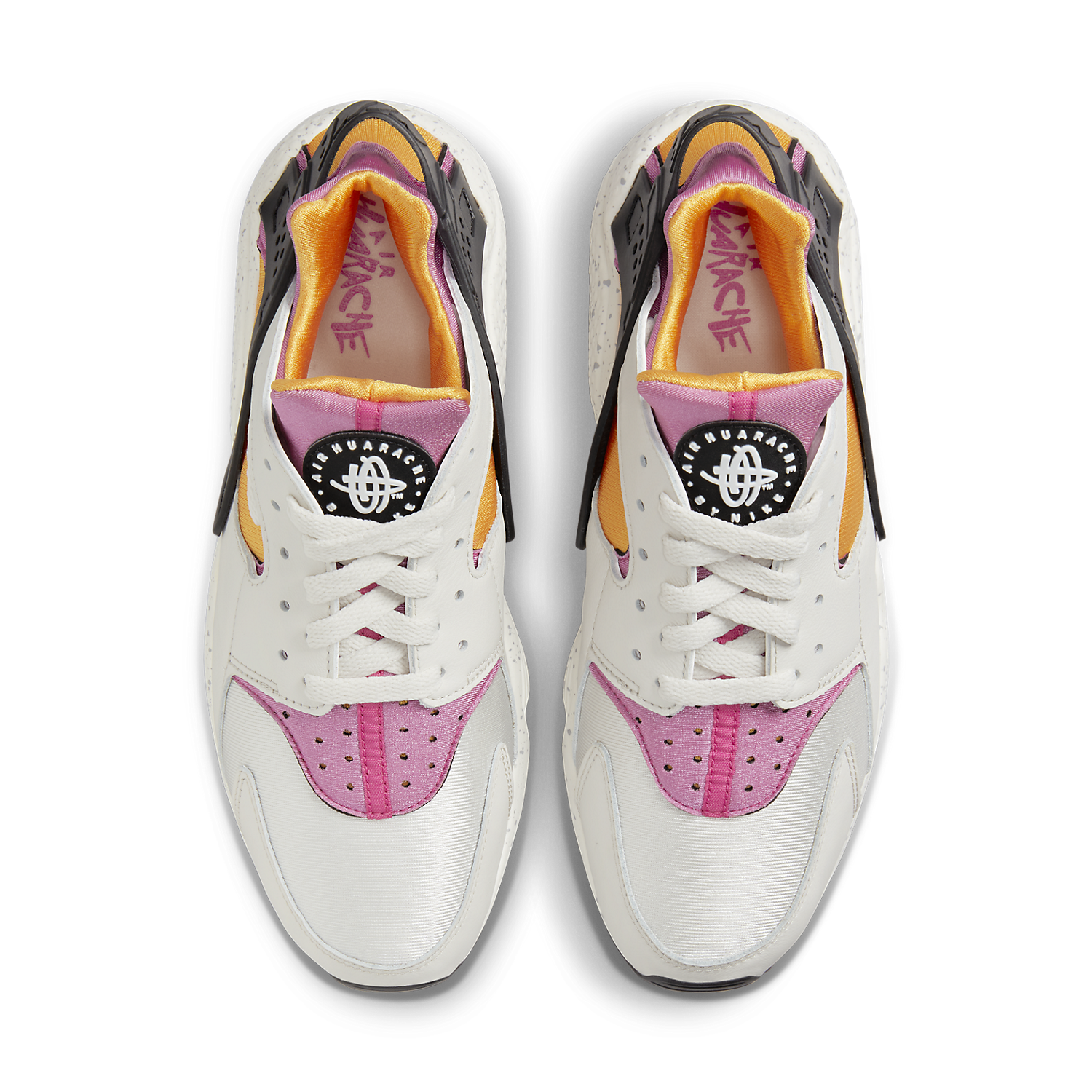 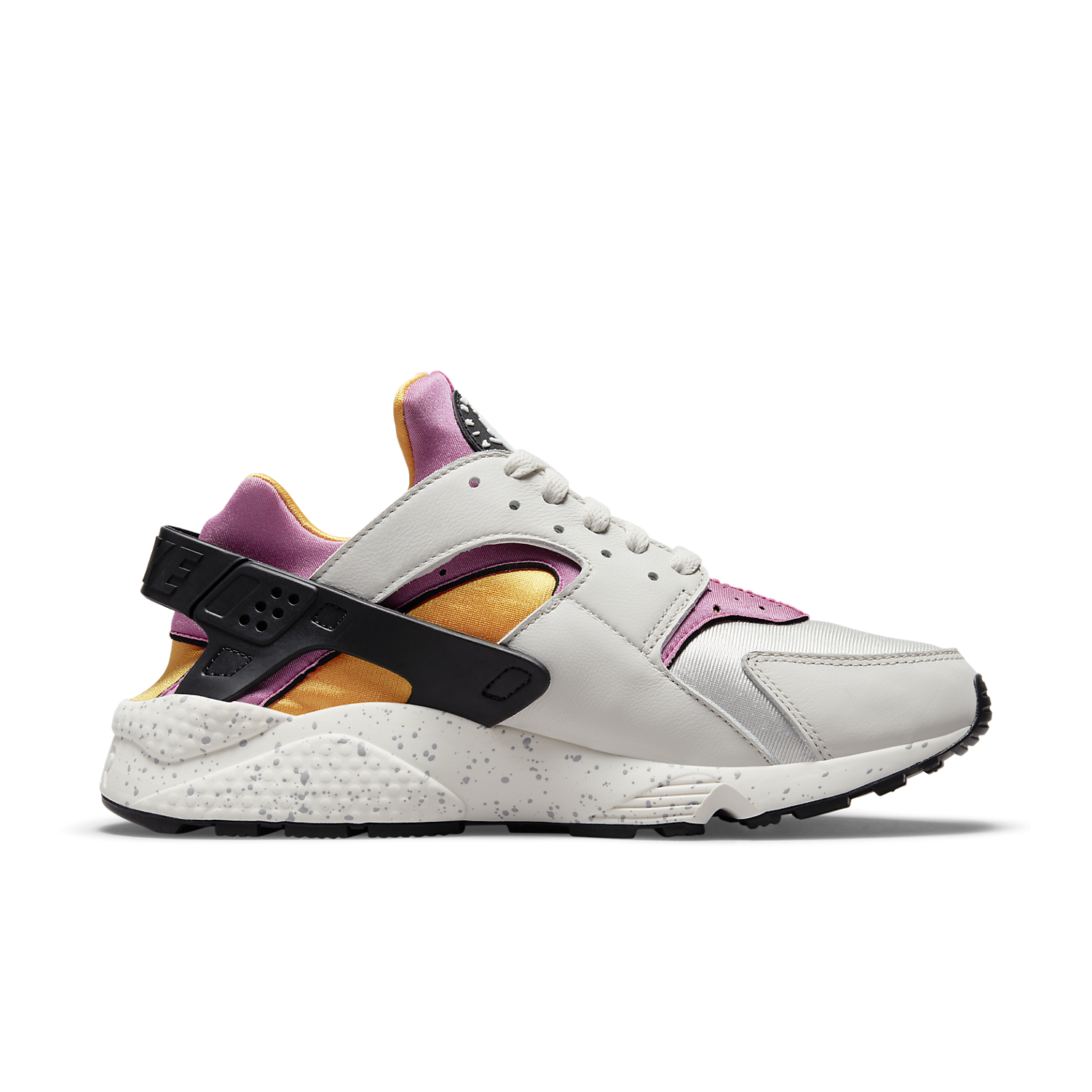 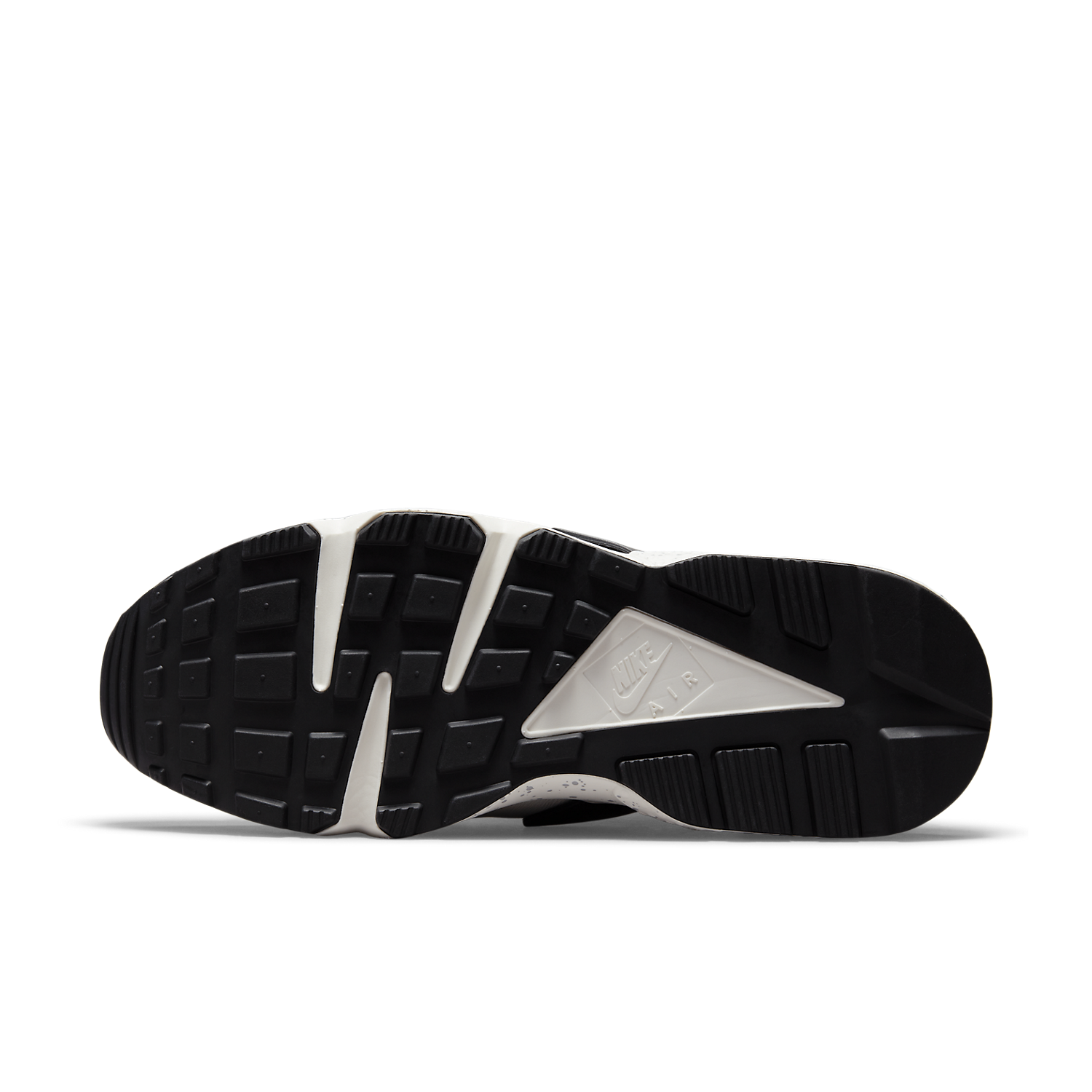 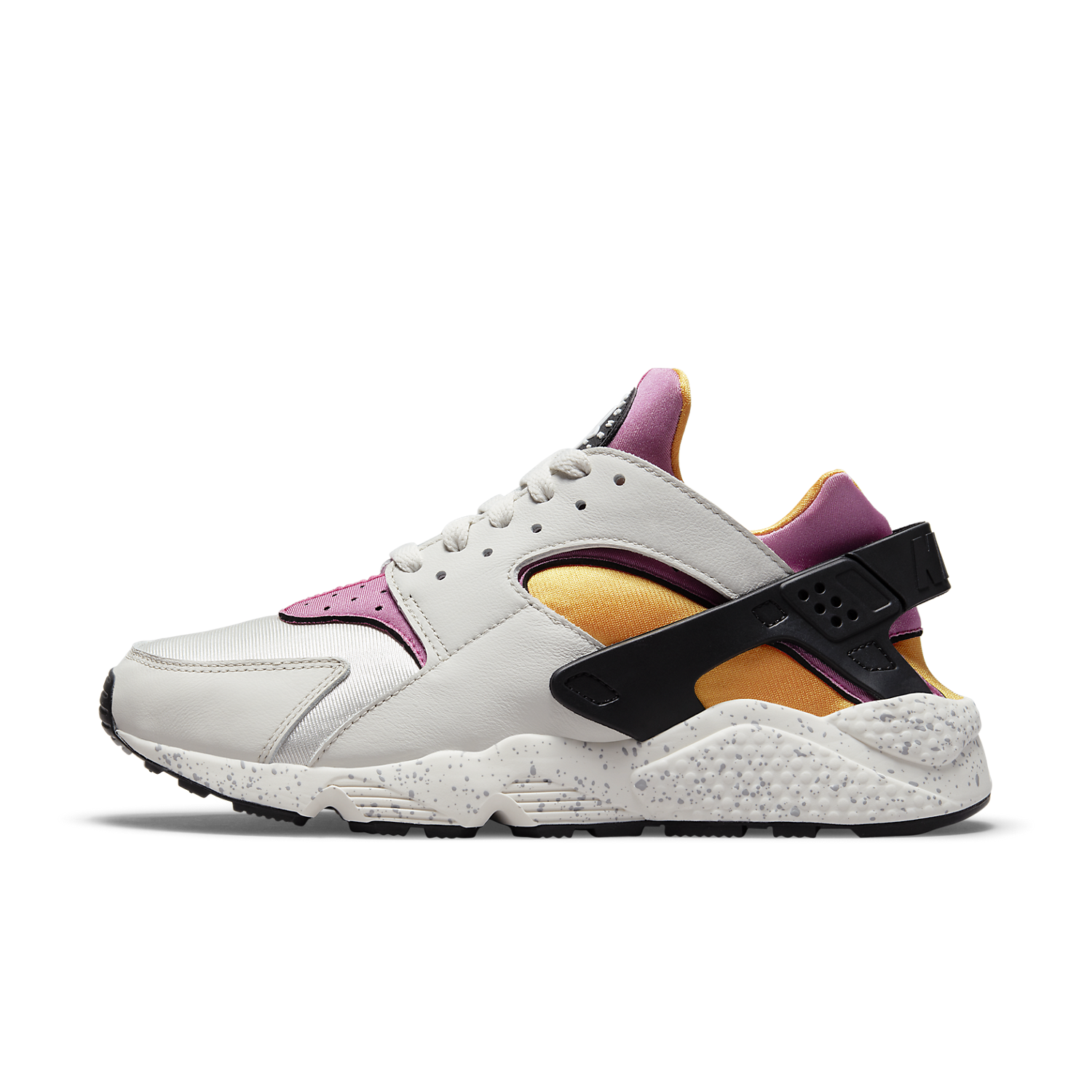