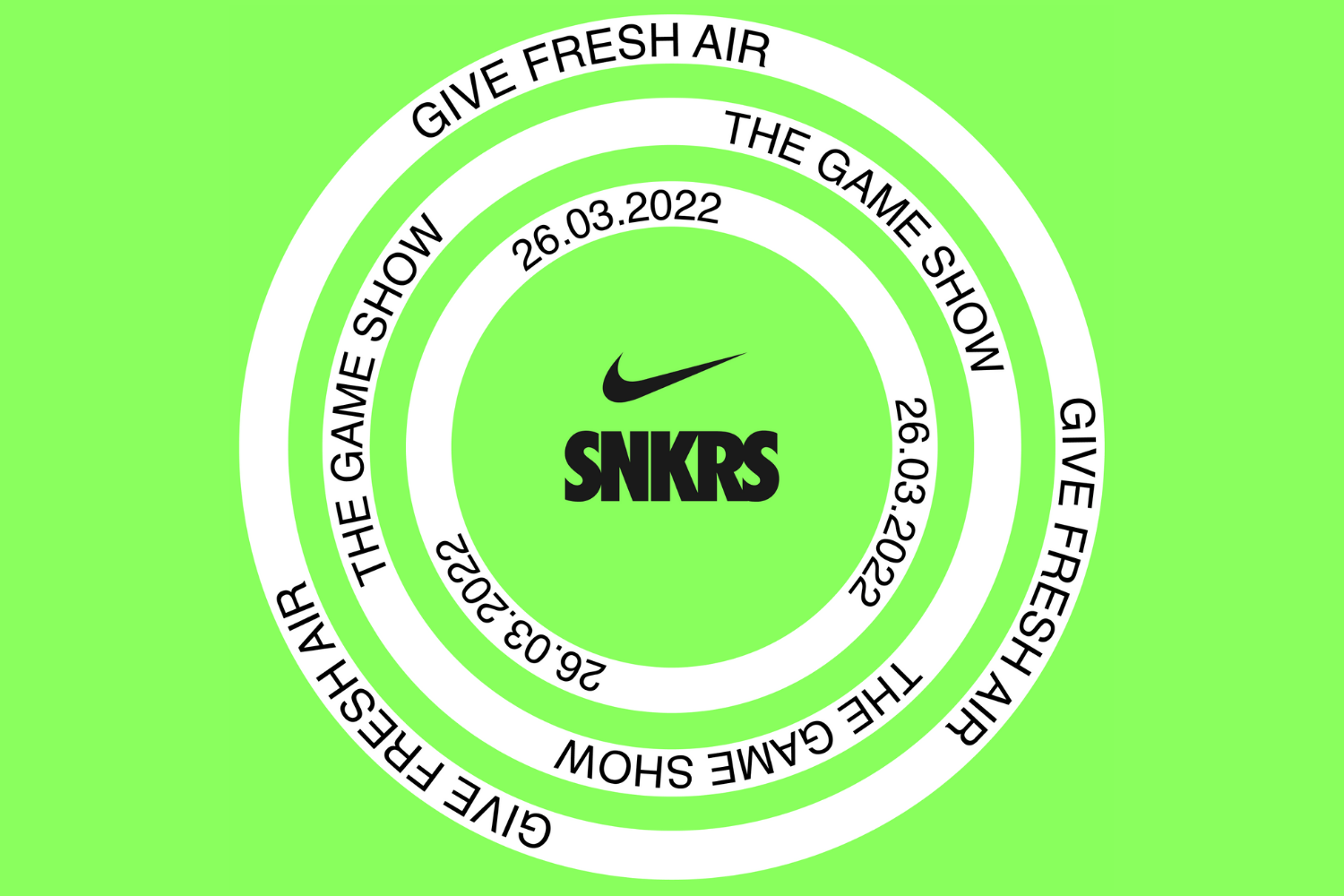 March 26, 2022 is Air Max Day again. This year, the Air Max 1 will be put in the spotlight. The model is having its 35th anniversary and to celebrate, Nike is coming out with three colorways on Air Max Day. The three sneakers are location specific. In Europe, the Nike Air Max 1 AMD 'La Ville Lumiere' - EU Exclusive will drop on the 26th.

Along with the release of the 'La Ville Lumiere', Nike is also coming out with a special game. In Give Fresh Air: The Game Show, Nike wants to bring together the sneaker community around the world. In the live game, teams from different cities compete together. Members can also play along via the SNKRS app.

Give Fresh Air: The Game Show

Under the name 'Give Fresh Air', Nike is coming out with an online game that raises money for charities and brings the sneaker community together. In the game, players from the cities of Berlin, London and Amsterdam compete against each other. The game also supports local organisations and causes.

With Give Fresh Air: The Game Show, Nike wants to show how important the community around sneakers is. According to the Swoosh Brand it is important to maintain the real life connections in the sneaker world and stimulates this with The Game Show. Nike: "We want to bring joy and the feeling of community back through an interactive moment."

How the game works

During Air Max Day on March 26, 2022, the game will take place in London. The three teams represent the three European cities named above. Each city competes for its own local organization and raises money for it.

The game will be played with a live audience. Nike members can also participate via polls in the SNKRS app. The game consists of 3 rounds. In each round questions are asked and the audience can participate with The Game Show. Between the rounds there are breaks with polls and DJ sessions.

In the days leading up to Air Max Day, teams are introduced to Give Fresh Air: The Game Show. In the SNKRS app, Nike shows polls and we see the upcoming Air Max 1 passing by.

The game will be available to follow via the SNKRS app. Also, the Nike Air Max 1 AMD 'La Ville Lumiere' - EU Exclusive will drop during Air Max Day. With this model Nike wants to unite the young and old generation. The classic has been given a modern look which brings the two generations together. "Built yesterday, relevant today, inspiring tomorrow", says Nike.

In addition to the 'La Ville Lumiere', Concepts is also coming out with a second colorway of the Air Max 1. On March 26, the Concepts x Nike Air Max SP will drop. This sneaker combines different motifs and has a striking design.

Download the SNKRS app to stay up to date on Give Fresh Air: The Game Show and the releases of the Air Max 1s.