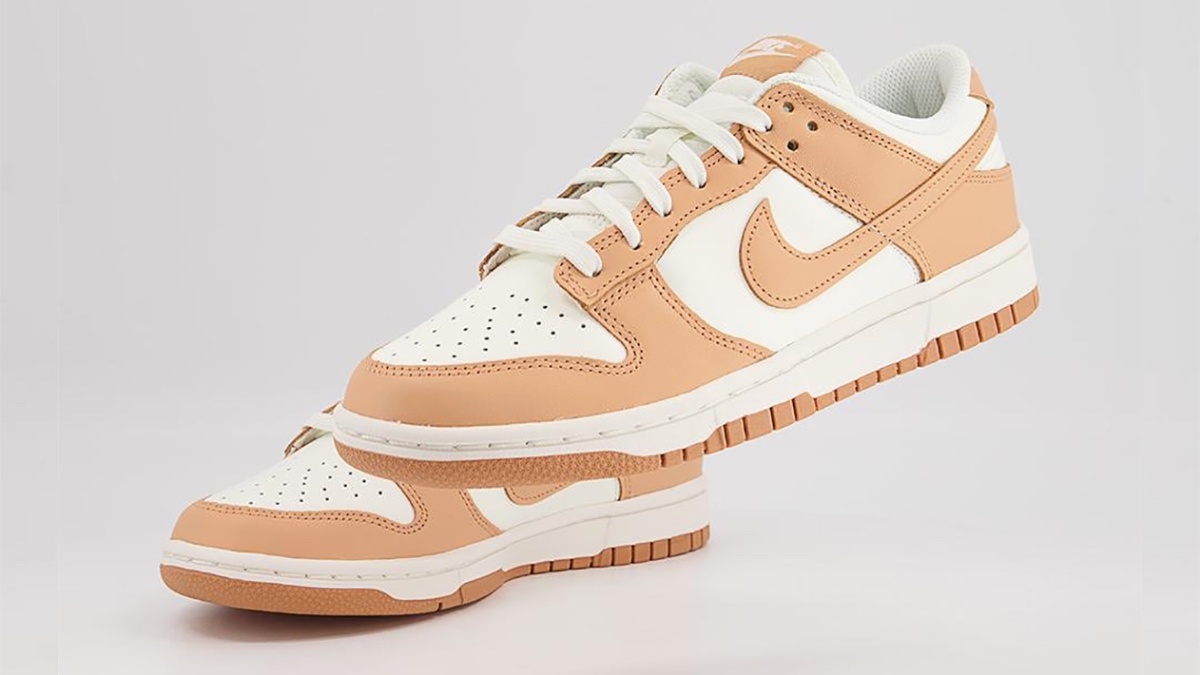 I can reassure all those who can hardly wait for the release. The Nike Dunk Low 'Harvest Moon' is scheduled for release this Winter.

The year 2021 is totally marked by the Nike Dunks. An unbelievable number of colorways came onto the market and you could actually think that people have seen enough of the kicks. Resell prices have already dropped a bit for some colourways, but silhouettes like the upcoming 'Harvest Moon' colorway are very chic and popular.

Whenever you think: enough with the Dunks, Nike manages to pull another great colorway like this one out of its sleeve and keep the series in the conversation.

The details of the shoe

Now that you've had a chance to see for yourself, let's take a look at the details. The sneaker will be launched as a WMNS model and will therefore only be available up to a maximum size of 44.5. The Dunk comes in a two-tone version in beige and white leather. The overlays contrast nicely with the white toe box and we can also see the label on the tongue in the 'Harvest Moon' colour scheme.

The midsole is white, while the outsole is beige for a further contrast. The laces also come in white and we are curious to see if Nike will include more variants in the box.

Overall, a totally clean silhouette with a lot of potential to become a daily sneaker. A certain similarity to the Nike Dunk Low 'Medium Curry' is definitely not to be denied, even if materials other than leather were used.

Unfortunately, there is no official release date yet, but the shoes have been announced for Winter 2021. Presumably, the kicks will then come onto the market via the Nike app and the usual retailers. You can check out all the raffles and retailers in our release calendar shortly before the release via the link below and thus increase your chance of getting the shoe.

The Dunk in the Sail/Harvest Moon colorway will have the usual retail price of €100. We're keeping our fingers crossed for the release and would be happy to see you on our Instagram.