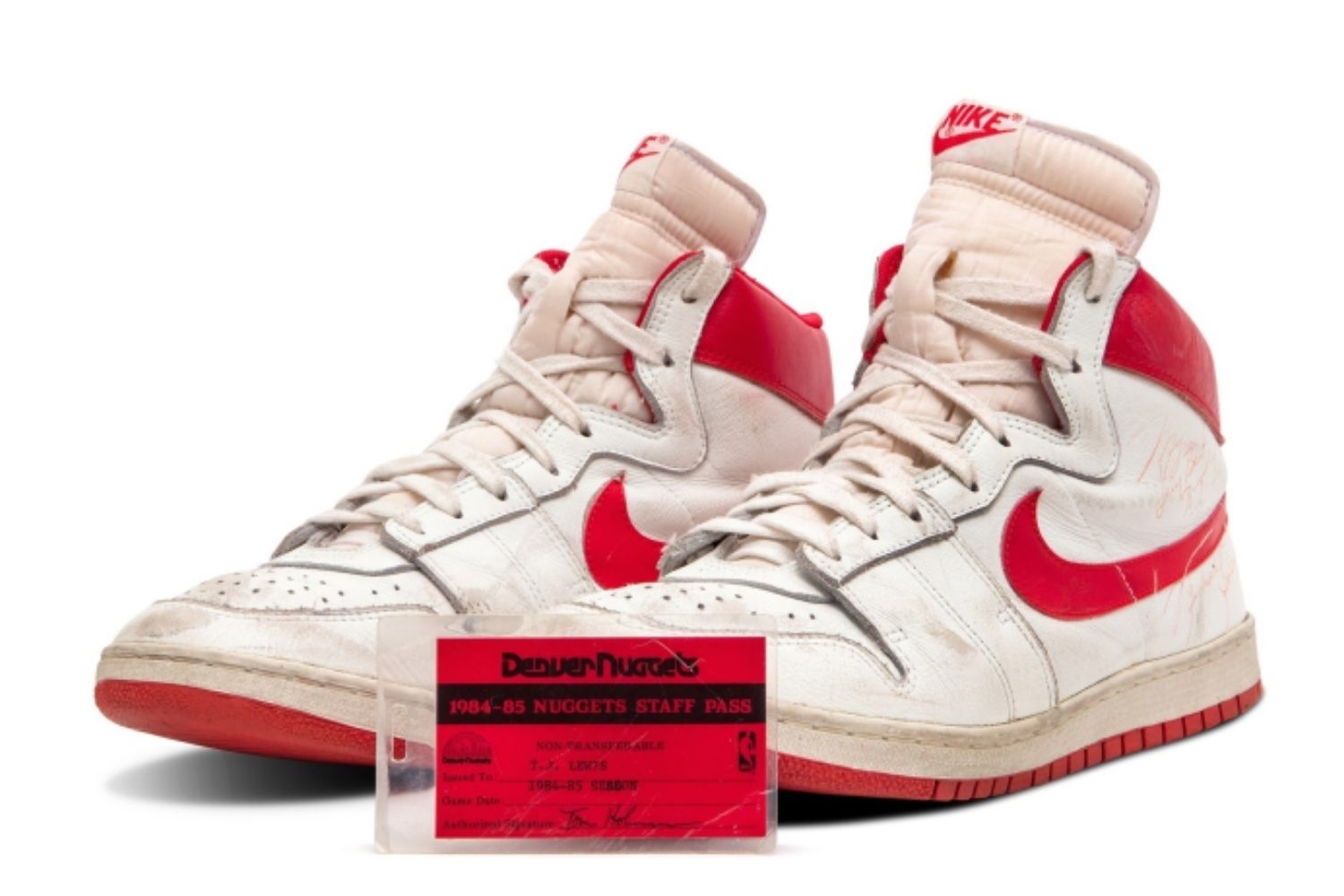 The Air Ships are an iconic model for the basketball career of Michael Jordan. The Ships were the Nike models that the basketball player wore at the beginning of his career. The shoes were designed in 1984 by Bruce Kilgore. This was the same year that Michael came out with his Jordan line.

In the first year that Michael played in the NBA, he was mainly seen in the white and red Air Ships and in the black and red ones. The model that was auctioned was worn by the basketball player in his fifth NBA game. The pair has been worn a lot and it shows. The shoe will go down in history as the most expensive shoe ever worn.

The Air Ships were signed by the basketball player himself and were a size 13. The auction house Sotheby's in London confirmed the sneakers had "signs of court wear and tear". The pair was a gift from the player to Tommie Tim III. Tommie was a ball boy for basketball team Denver Nuggets in the 1984-1985 season.

The Nike Air Ships have been sold to sneaker collector Nick Fiorella. The estimate of the shoe was between $1-$1.5 million. This makes it the second most expensive sneaker sold. In first place is the first worn pair of Yeezy's. These sneakers were worn by Kanye West during the Grammy's in 2008 and were sold in April 2021 for $1.8 million.