How Virgil Abloh changed the world of fashion 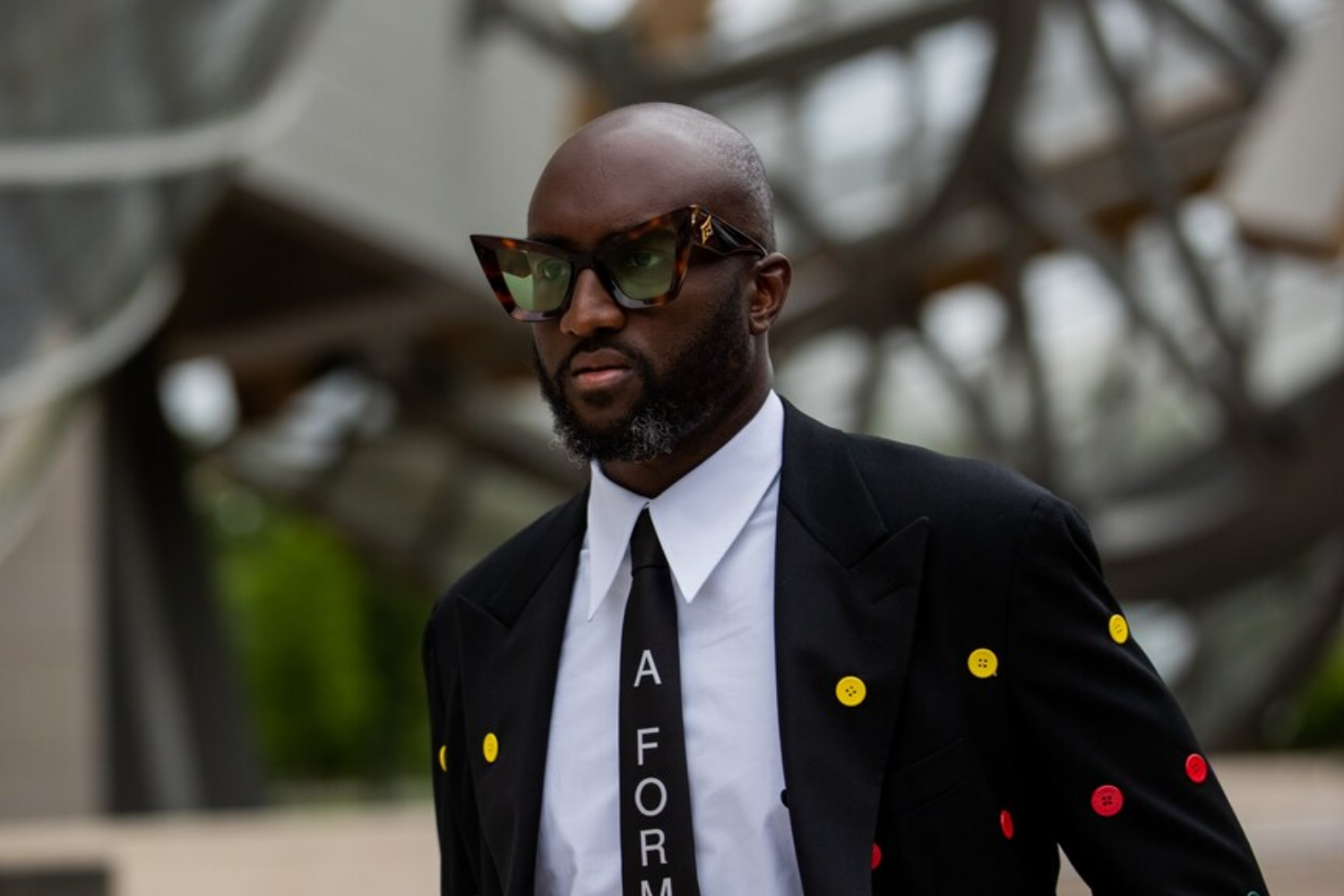 On 28 November 2021, the entire fashion world was turned upside down. Virgil Abloh's Instagram account shared the news that the designer had passed away at the age of 41. Abloh was diagnosed with a rare form of cancer in 2019 and had been diagnosed with an angiosarcoma in his heart. The designer deliberately chose to keep his illness and treatments private.

Abloh's sudden death caused a stir among colleagues and artists who had worked with him. Virgil was, and still is, seen as a fashion icon who changed the landscape of fashion forever. From his designs at Louis Vuitton, to collections under his own brand 'Off-White', Virgil redefined the term 'fashion' with his visions.

In 2006, the then 26-year-old Virgil graduated from the Illinois Institute of Technology with a master's degree in architecture. While studying at IIT, a Rem Kolhaas building was constructed, which sparked Virgil's interest in fashion. Three years later, Abloh worked with Kanye West. They both did an internship at Fendi in Rome and their visions were picked up by Louis Vuiton CEO Michael Burke.

“I was really impressed with how [Abloh and West] brought a whole new vibe to the studio and were disruptive in the best way", Burke told the New York Times. "Virgil could create a metaphor and a new vocabulary to describe something as old-school as Fendi. I have been following his career ever since.”

Virgil wanted to combine streetwear and high-end fashion with his outfit during Fashion Week. “We were a generation that was interested in fashion and weren’t supposed to be there", he told in an interview with W Magazine (2017). "We saw this as our chance to participate and make current culture. In a lot of ways, it felt like we were bringing more excitement than the industry was.”

The collaboration with Kanye West continued to blossom and so Virgil became creative director at Donda. During this time, he designed album covers for iconic records such as 'Watch The Throne' and 'My Beautiful Dark Twisted Fantasy'. In 2012, Virgil launched his first own brand. The brand 'PYREX VISION' combined Ralph Lauren shirts with his own style. On the items, he put the brand logo and the number '23'. This referred to his child hero Michael Jordan.

A year later, he launched "Off-White". In these collections, Virgil combined streetwear items with luxury designs. The brand quickly became a huge success and brought about a change in the fashion world. The items showed that streetwear and high-end fashion could be combined. The items were soon picked up by major artists and the brand became a major player in fashion.

In the following years Off-White worked with several major brands and in 2017 Virgil came out with 'The Ten'. In this collaboration, he worked with Nike and released 10 iconic models. The Air Jordan 1 got a makeover, as well as the models Air Force 1, Air VaporMax, Blazer Mid and many more.

The collaboration was successful for both brands and Off-White released several more models with Nike until 2021. Think of the 50 colorways of the Off-White x Dunk Low.

Diversity in the world of fashion

Models from different backgrounds were used in Off-White's fashion shows. Students were also involved in his design choices and fashion shows. Despite his great success, Virgil remained modest. He kept in close contact with the people he worked with. He also remained humble in his own work, telling Thom Bettridge (2021): "What I do has the instructions embedded in it, so that kids can look at the garment and think, 'Hey, I can do that too.'"

After a lot of successful collaborations and his own collections, Virgil became creative director of Louis Vuitton Menswear in 2018. This made him the first coloured director at Louis Vuitton. In his first collection, he combined fashion with streetwear and hip-hop. For example, artists Playboi Carti and Kid Cudi walked the catwalk.

More than a fashion designer

Virgil was subtly more than a fashion designer. His designs, projects and ideas combined everything he stood for. From the skate industry, to hip-hop and art, Virgil's designs were not only visually appealing. The stories behind the collections and Virgil's way of relating also made him an icon for many.

With his work, he touched the younger generations and outsiders. In 2020, Abloh came up with the scholarship 'POST-MODERN', where he had invested one million dollars in a funding programme for "black youth". This same year, he also came up with 'FREE-GAME', a mentorship for "young creatives".

With these initiatives, Virgil wanted to give something back to the community. On 28 November 2021, Virgil Abloh died from a rare form of cancer.