How Nike's female partners inspire others 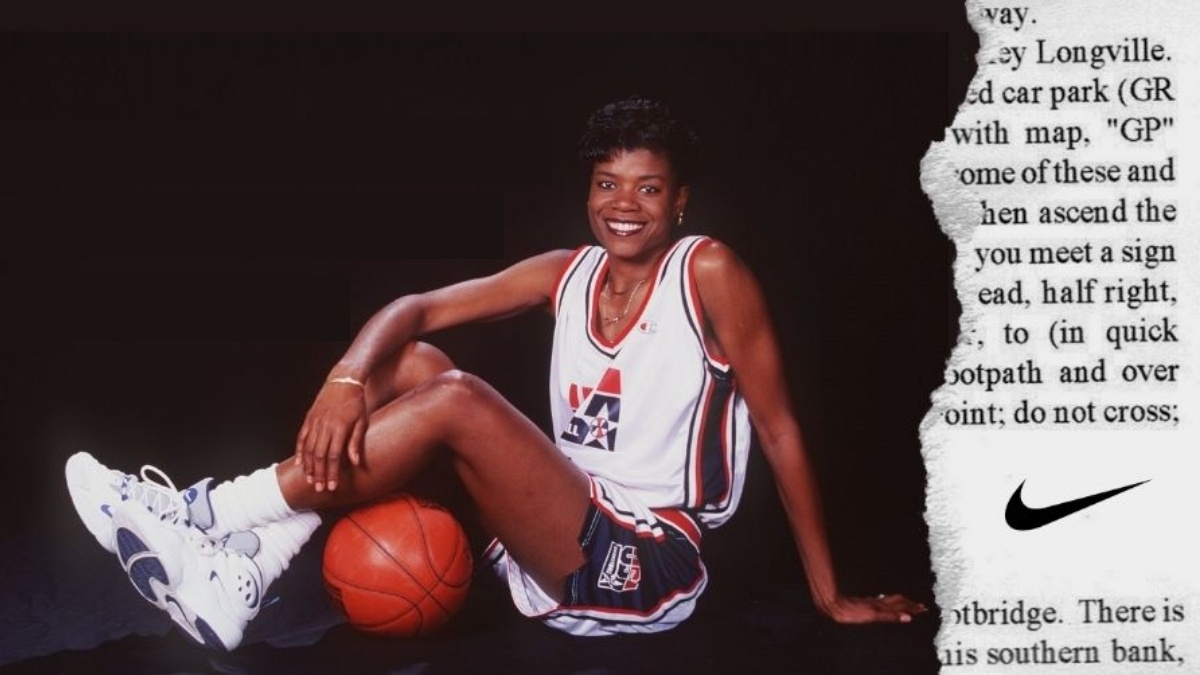 Over the years, Nike has worked with a lot of inspiring women. Whether it was athletes, music artists or stylists, Nike's female partners all share their visions and perspectives with the world.

"If you let me play"

In 1995 Nike noticed that there was a big difference between girls' and boys' sports. The brand saw that girls were given fewer opportunities and chances in sports than boys. To bring this issue more to light, Nike released the 'If You Let Me Play' campaign.

The campaign was seen by 73 million viewers and resulted in a lot of messages and phone calls to Nike headquarters. The video was also called "inspiring" by various organisations, such as the Presidents Conference on youth, drugs and violence and Girls, Inc.

In the same year as the 'If you let me play' campaign, Nike also signed its first female partner, Sheryl Swoopes. Sheryl is an American basketball player and signed a contract with the WNBA (Woman's National Basketball Assoiciation) in 1997. Together with her basketball team, she won gold three times at the Summer Olympics. In addition, the athlete also received gold twice at the World Basketball Championships.

Sheryl discovered her love for basketball when she was 7 years old. The athlete was inspired by her own brother, who was offered a scholarship by playing basketball. What Sheryl noticed while growing up, was that she never really saw ladies playing basketball on television. In her eyes, it seemed almost impossible for a woman to achieve this.

Together with Nike, Sheryl released the Nike Air Swoopes. These were launched as a basketball shoe especially for women. While designing the kicks, the athlete focused most on functionality and style.

The silhouette received a futuristic design and was finished with neat lines. The kicks were slightly raised and also added ankle support. In addition, the sneaker contains a pull-tab on the heel. These were added to the model so that ladies do not damage their nails while putting on the shoe.

The shoe made a big impact on women's basketball. In addition, the athlete has managed to inspire a lot of girls to play basketball, by showing what she has achieved and where she comes from.

After the signing of Sheryl Swoopes, many other ladies followed. Serena Williams is one of the few female partners of Nike. After the athlete ended her partnership with Puma in 2003, it did not take long for Nike to decide to bring Serena in as a new member of the Swoosh family.

Serena is a professional tennis player from the United States and holds the title as a multiple grandslam winner. The athlete captured 23 grandslam singles titles. Together with Nike, Serena has already released a number of collections, consisting of different items for both on the tennis court and for everyday use.

In 2021, the two will meet again for the 'Serena Williams Design Crew' capsule. For this collab, Serena and Nike sit down with ten other designers from different backgrounds. With this, the tennis player tries to show that diversity is important not only for the design process, but also for the future.

Serena says it is important to know the value of diversity. By having diversity, you discover new perspectives. This ultimately leads to new ideas and better results. Furthermore, Serena tries to build multiple diverse communities while inspiring others to follow their dreams and love sports.

Serena is not the only figure who finds diversity an important factor. For the series 'Beyond The Fit', Nike teamed up with Momo Hassan-Odukale. In this series, different creative talents tell their story about their personal style and identity. Momo is a creative director and stylist and tries to bring attention to African fashion.

Momo has a Nigerian background and lives in Lagos. In the series, Nike shows how the stylist combines her outfits with brands from all over Africa. In this way, she tries to bring African fashion more to the light. For this, she does not necessarily focus on Western countries, but also on the people of Lagos.

For the stylist, it is important to change the image of what people think is African. When Momo tells people that she is an African designer, they often expect colourful fabrics and prints on her designs. By bringing African fashion into the light, Momo tries to let go of the stereotypical images of what Africa is or who Africans are.

A powerful woman can be described in many ways. Through her songs and skills in dancing, Megan Thee Stallion became one of Nike's newest female partners in 2021. Megan is a rapper, singer and songwriter and started writing raps at the age of 16. In 2020, the artist released her debut album called 'Good News' and has secured a spot in the top 10 of the Bilboards 100.

Together with Nike, Megan shares her personal sports journey with the world in the 'New Hotties' campaign. With this, she tries to give her fans, also known as 'Hotties', a new meaning of what sports really means to her.

Growing up, Megan was often encouraged by family and friends to participate in various sports. This is how she discovered the world of dance and used it as a positive outlet.

Dance gave the artist self-confidence and allowed her to see herself as a real athlete. One of Megan's most famous moves on stage are her squat moves in dance form. These are also known as the "Megan Knees". The artist does this while rapping.

In addition, Megan also tries to pay attention to the health and well-being of not only the hotties, but herself as well. After all, Megan feels it is important to show her fans that there are also difficult moments in her journey.

Just like how Sheryl Swoopes has inspired a lot of ladies to play basketball, Bebe Vio is inspiring a whole generation of para athletes. Bebe is a professional fencing athlete who contracted meningitis at the age of 11. As a result, she lost her legs and forearms.

Bebe had been fencing since the age of 5, but did not start paralympic sport until she was 13. The para-athlete found a way to express herself through sport. Together with Nike, Bebe tells her vision of the future and shows that sport is possible for everyone who likes to play.

In paralympic sports, Bebe discovered a whole new world. It made her realise that it doesn't matter whether you are limited or not. You can create a great version of yourself through sport.

"When we all play, we are all part of the same team."