Here's what you probably didn't know about the Nike Cortez 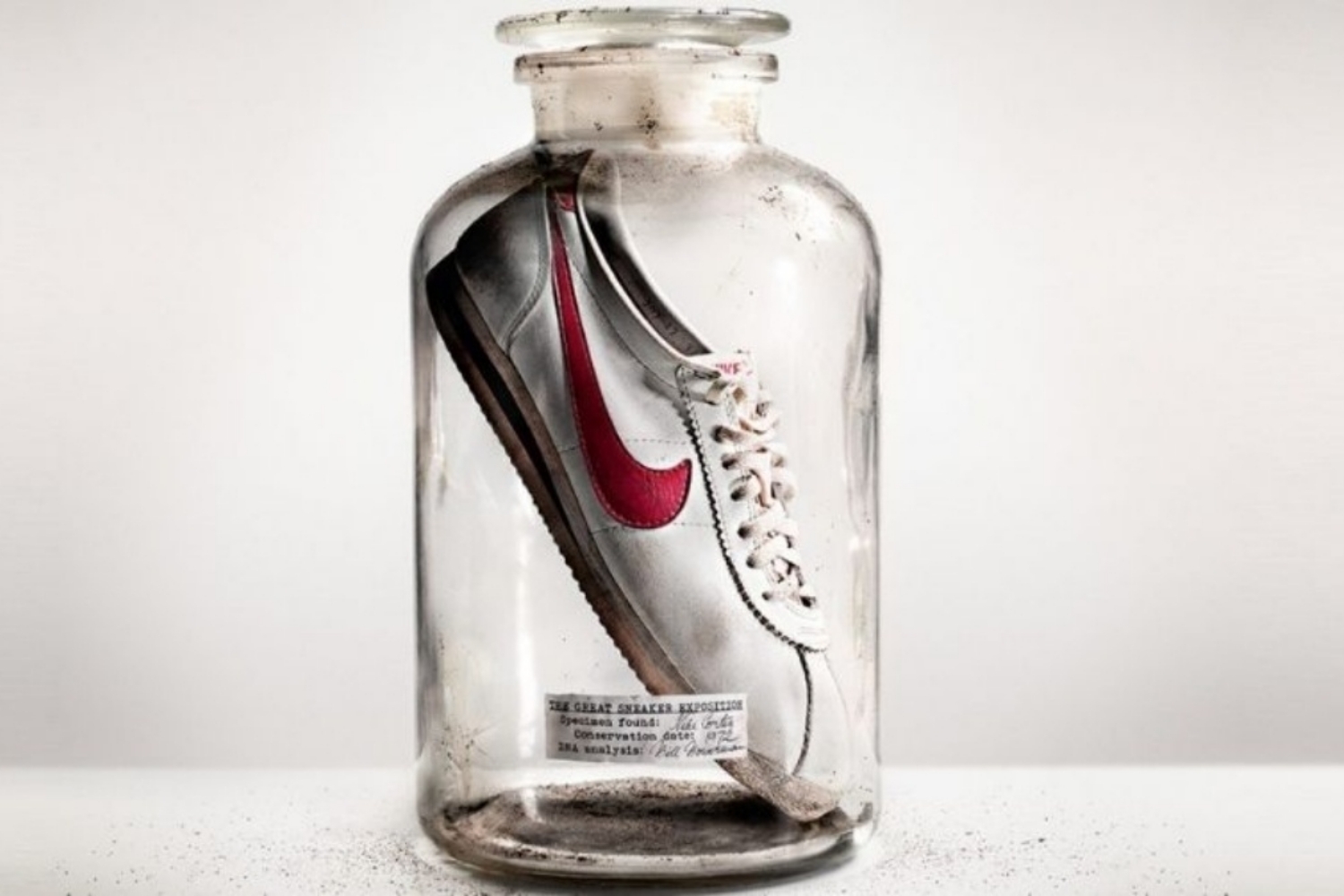 You probably know the Nike Cortez. It's a classic Nike silhouette that has been loved by Nike fans for almost 50 years. But did you know that the kicks are banned in some places? Or that the model has changed names several times? How about that Nike and Asics had a battle over the model?

How the Cortez came to be

To start this story you need to know Bill Bowerman. Bowerman was an American running coach and later the co-founder of Nike. He collaborated with the Japanese shoe company Asics, which at the time was still called Onitsuka Tiger. The two worked on the TG-24 running shoe.

In August 1966, Bowerman created 300 pairs of the 'TG-24 shoe designed by Bill Bowerman w/Mexico Line' to be sold in the US. Yes, this really was the name of the shoe in question! But the quality of the shoes were very good. It had everything a runner was looking for at the time. This is why it became one of the best-selling running shoes of the year.

From Mexico to Cortez

Before Phil Knight and Bill Bowerman called their company Nike, it was called Blue Ribbon Sports. BRS imported sports shoes from Japan to the US. In 1967 Bowerman decided to change the name of the TG24 to a more 'market friendly' name. He called the shoes 'Mexico'. This name was inspired by the 1968 Summer Olympics in Mexico.

After the year of the Olympics, Blue Ribbon Sports and Onitsuka Tiger wanted a more striking name for the sneaker. Therefore, they came up with the name Aztec, but with this name they soon got into legal trouble, because it looked too much like the adidas Azteca Gold track shoe.

BRS then finally named the shoe Cortez, named after Hernan Cortés, the man who led an expedition that resulted in the downfall of the Aztec Empire. Could this secretly have been a message to adidas?

The Cortez did not only appeal to athletes. In fact, the model looked cool enough to be worn as a lifestyle shoe. It became the best-selling shoe in the history of BRS and Onitsuka Tiger, but behind the scenes, problems started to arise.

Bowerman and Knight changed the name of their company in 1971 to Nike Inc, inspired by the Greek goddess of victory. The two decided to introduce their own line of shoes with the Nike Cortez. The Swoosh designed by student Carolyn Davidson was added to the side of the Cortez. This was the start of a years-long battle with Onitsuka Tiger on who got the rights to the Cortez name.

Who has the right to the name Cortez?

Nike's leather Cortez were sold for $22.90. Can you imagine!

However, this leather Cortez was quite heavy. Bowerman changed the leather upper to a lightweight nylon construction and in 1974 the Nylon Nike Cortez was introduced as the world's lightest running shoe. There was also a women's version of the Cortez called the Senorita Cortez. This shoe became popular when seen on actress Farah Fawcett in Charlie's Angels.

The Nike Cortez was loved by a very wide audience. With the rise of LA 'gangster rap', the Cortez became popular in the hip-scene under the name 'Dopeman's Nikes' from the 1987 NWA song Dopeman: "To be a dopeman boy, you must qualify. Don't get high off your own supply."

The colour of your Nike Cortez kicks indicated which gang you were in. The Bloods gang members wore red, while the Crips wore blue. When you saw these coloured sneakers on someone, you often knew it was a gang member. It got so out of hand in the early 1990s that schools even banned the shoes because they were considered 'gang-related'.

The notorious American gang MS-13 adopted the Nike Cortez as part of their uniform, as a sign of loyalty. In fact, the shoe has become so closely associated with the them that police in gang areas usually assume that anyone wearing the shoe is involved with MS-13.

When I think of the Nike Cortez, I think of something completely different. Namely Forrest Gump. This film is often called a 'product placement slam dunk'. The shoe became mega popular again due to the success of the film. Forrest received the kicks as a gift and described it as "The best gift anyone could ever give me!" You can regularly see memes passing by where the model has been replaced by another shoe. Check out an example below: