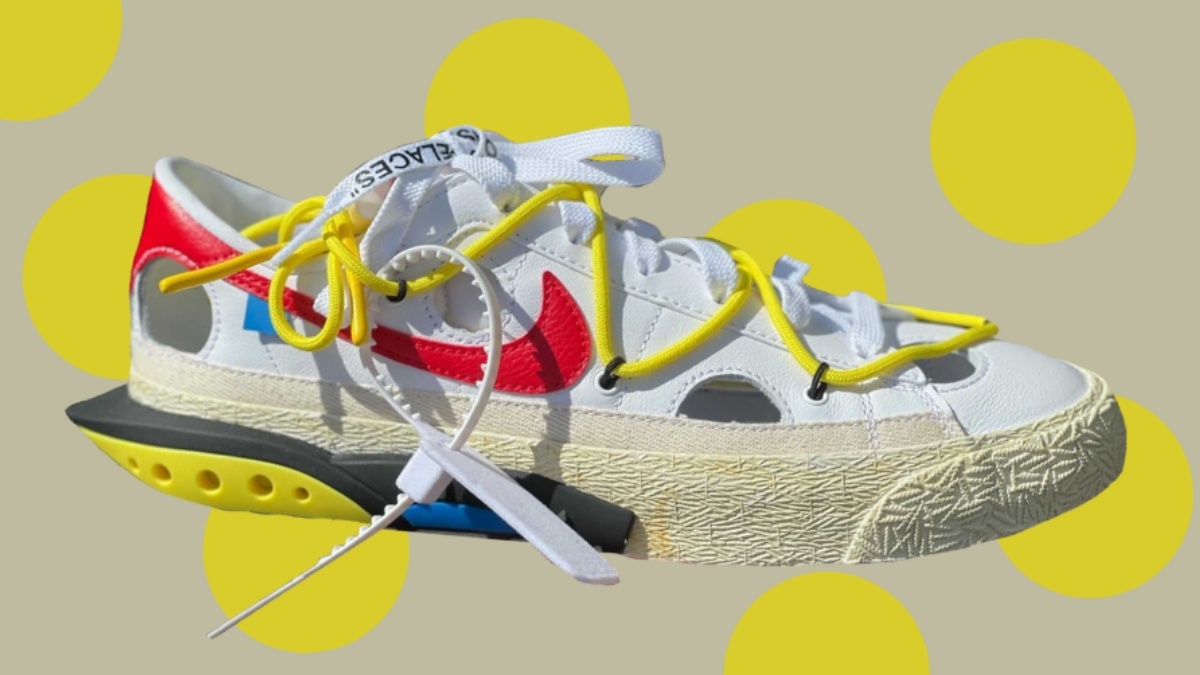 The first images of the Off-White x Nike Blazer Low have been released. This model not only has a unique upper, but also a unique midsole.

That Virgil Abloh, the founder of Off-White, is a fan of the Nike Blazer is not in doubt. In the first cooperation between these two brands in 2017, they had already used this model. Later they used the Nike Blazer Mid again for two new colorways and for a collab with Serena Williams. This year, they are focusing on the low-top version of this silhouette.

That this sneaker is a collaboration with Off-White is very clear. Several elements that we see more often on these collabs, are also applied to this model. Holes on the upper, an extra lace that also goes over the upper, text on the inside of the shoe and of course the tie wrap on the laces.

There is also a new element to this silhouette. Under the heel is a rubber cap that runs in the shape of a point.

According to rumours, this sneaker is one of two colorways. In addition to the white upper with the red Swoosh, an all-black Blazer Low is also said to be releasing. The extra utility laces will be in green with that colour scheme.

The release date of the Off-White x Nike Blazer Low is not yet known, but speculations are that we can expect this model this summer. Don't want to miss this release? Follow us on Instagram and download the Sneakerjagers app.