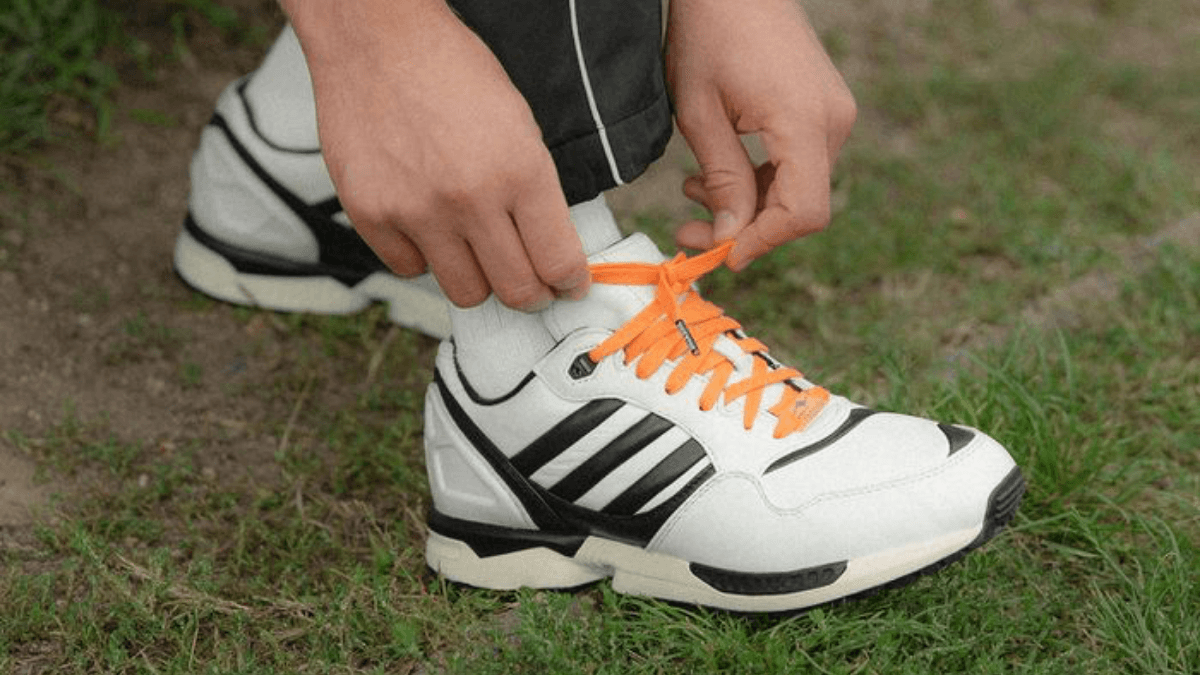 What's up community, it's time for the next ZX from the A-Z series 🔥🔥! The fifth shoe from the Collaboration series, which goes through all letters of the alphabet, is coming out soon. This time the Juventus FC X adidas ZX 6000 'Turin', with the Italian football club Juventus Turin.

For all those who just want to know how to get the shoe, here are all the infos you need. All of you want to know more, there will be much more information, about the collaboration between adidas and the Italian football club in this post.

Already in 2008 adidas released the A to ZX series. Now adidas has brought this series back to life. As well as in 2008, adidas is releasing 26 collaborations onto different ZX models. Each collaboration stands for a letter in the alphabet. The Juventus FC X adidas ZX 6000 'Turin' is the fifth shoe in the series and stands for the letter J like Juventus.

Juventus Turin is an Italian football club, that is the record champion in Italy with 36 league titles. The league has not only been won the most times by Juve, it has also been won the last nine years by them. Juventus also won several national cups, more importantly, two Champions League and European Cup titles in the 84/85 and 95/96 season. The first Champions League victory came at a time when ZX was also celebrating its first major successes. Juventus Turin, just like adidas, stands for success.

The team from the north-western Italian city has been one of adidas top partners in terms of jersey sales, ever since signing the Portuguese superstar Cristiano Ronaldo. All Ronaldo fans, who are now hoping to wear the same shoes as him, I'm sorry, but I have to disappoint you - Ronaldo is a Nike athlete and will therefore never wear adidas shoes, including this adidas Juventus special edition. Juventus was already part in a Palace x adidas Collaboration last year. However the first real hype about Juve jerseys was even earlier. Drake wore the pink jersey of the former Juventus player Paul Pogba. Due to that, the pink jersey turned into the most wanted jersey of that season.

For the Juventus ZX, adidas archive design meets football aesthetics. The Juventus FC X adidas ZX 6000 'Turin' is mainly kept simple. The main colours are the clubs traditional black and white. The upper is made of Italian leather. The laces are in orange to be combined with the new third jersey of the 2020/2021 season, which is also orange, with black elements. On the heel and on the insole, you can see the recently redesigned Juventus Turin logo, in black and white. The ZX 6000 features a torsion system for a comfortable wear. All in all the Juve ZX 6000 is an absolute banger and a must cop for every Juve fan. Even if you don't like Juventus or football in general, the colorway is sick. As a Bayern fan, I have to applaud Juventus for that shoe.

Here are a few pictures, so that you can make yourselves an opinion, on the shoe.... Enjoy.

If you want to know, what new shoes will be released in the near future, check out our release calendar and updates. For all other sneaker related topics check out our blog posts.

Furthermore, we have the info you may need or want to know about the adidas A-ZX series check out this post! There we will inform you about all the drops that have already been released, all the latest speculations and much more!