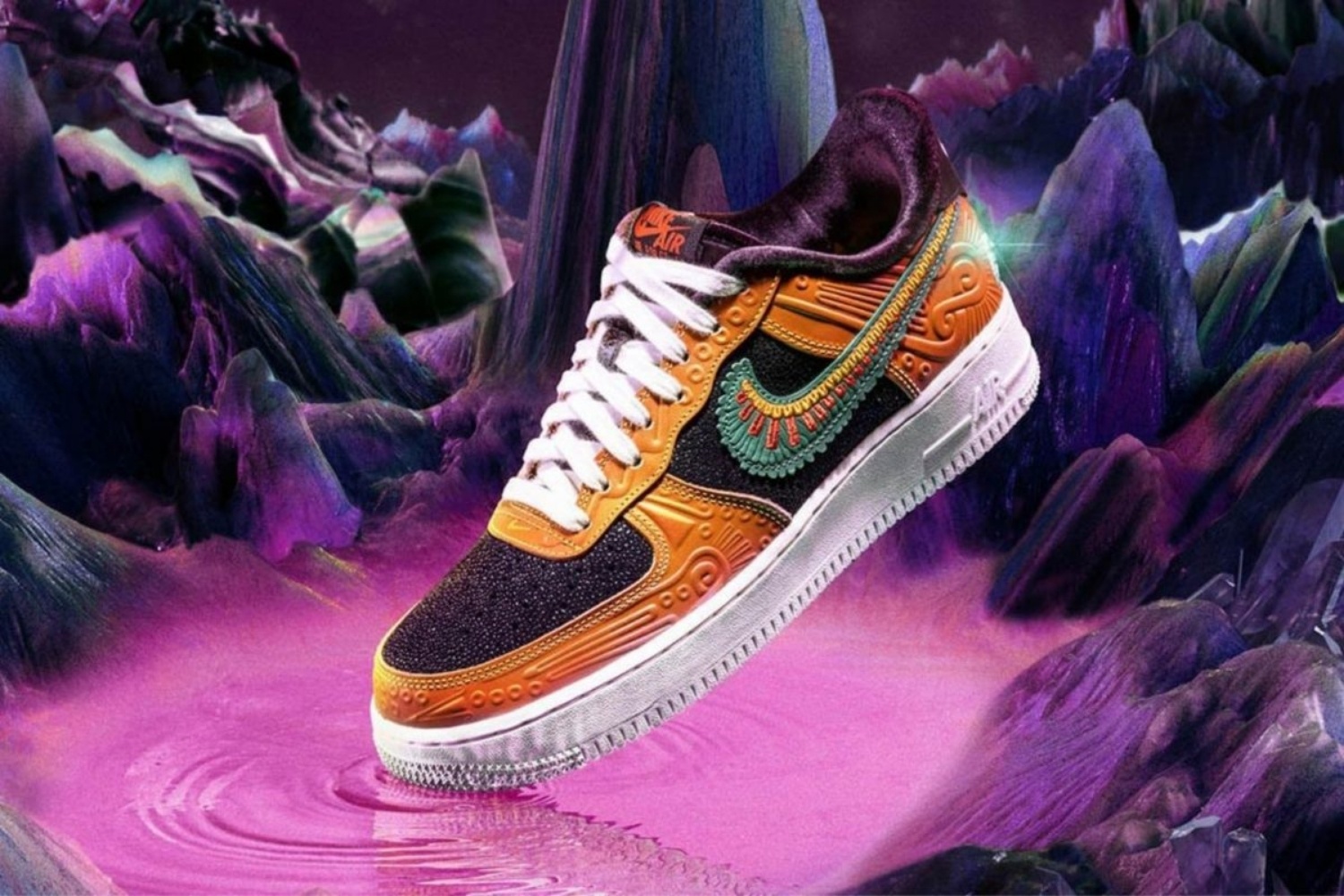 Dìa de Los Muertos is a Mexican holiday and is also celebrated in Latin America, the United States and the Philippines. Dìa de Los Muertos' is Spanish for 'the day of the dead'. This tradition takes place on 1 and 2 November every year.

In addition, the graves of the deceased are cleaned and decorated. Food is also prepared together and placed on the grave along with the goods as a kind of offering.

Nike is inspired by the Mexican culture and holiday and brings out a special collection. With the 'Dìa de Los Muertos' collection, Nike shares a piece of culture with the rest of the world. With this collection they combine the world of culture and sports and try to stimulate people to sport.

The collection focuses on 'Siempre Familia'. This is Spanish for 'Always Family' and refers to the strong bond families have in Mexican culture. The Air Jordan 1 Mid and the Air Force 1 Low contain a number of elements that refer to this.

The first pair from the collection is the Air Force 1 Low. The sneaker has a remarkable design on which you can find lively details. For example, the colours purple and orange come together on the upper and the laces and soles are white.

The toe box and middle panel of this pair are covered with purple stones. These give the kicks a chic look. The overlays have been given a vibrant print and connect nicely to the Swoosh.

Instead of the usual leather Swoosh, the Swoosh on this pair is embroidered on the middle panel. This element is green with a small display of yellow and red. Finally, the soles of the kicks are white and there is a 'Siempre Famillia' plaque printed on the insoles, reflecting the strong family ties in Mexican culture.

The second 'Dìa de Los Muertos' pair is the Air Jordan 1 Mid. The kicks feature a suede upper with the colours black and red coming together. This pair also receives a number of notable elements that represent Mexican culture.

To begin with, the Swoosh on the middle panel is depicted as an arrow and bow. This refers to the history of Mexican culture. In addition, the overlays have been given a jaguar print that refers to the Mexican story of the 'Jaguar Warriors'.

On the heel is a black jaguar with a blue stone as an eye. Finally, below the Jumpman logo on the tongue, 'Familia' is written in white. This is Spanish for 'family'.

The Nike Dìa de Los Muertos collection will first drop in Mexico on 24 October 2021 via the SNKRS app. The global release will then take place on 29 October 2021.