AMBUSH X Nike: A Dunk, an NBA collection and a great project 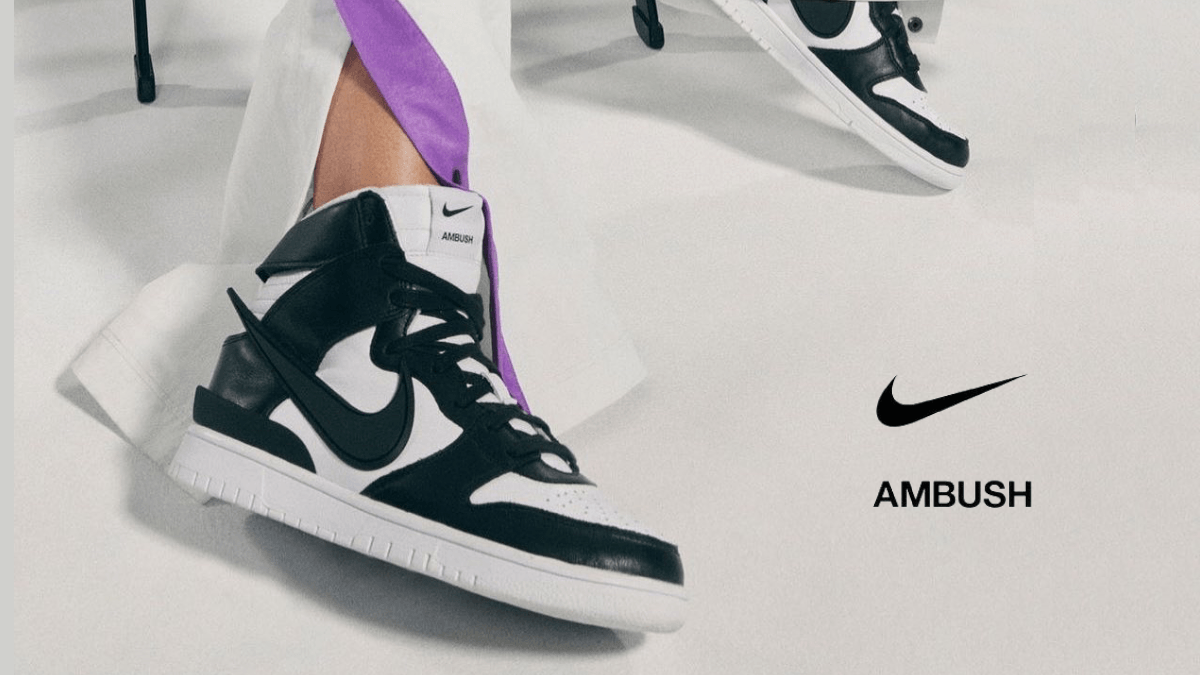 The new AMBUSH X Nike Dunk High 'Black' is in the starting blocks and together with the sneaker an NBA clothing collection will be released. Behind all this is AMBUSH x Nike and apart from the special styles, there is also a story behind the collaboration that we want to tell you today.

The special dunk also comes in sizing for men and will be available on 11 December 2020 from 09:00 am for 180€. A list with all shops and Raffle registrations can be found by clicking the button:

The AMBUSH® brand made its debut in Paris in 2015 and was initially an experimental jewellery line with a focus on innovative designs inspired by Pop Art. Over time, AMBUSH® quickly evolved into the design of unisex collections, with the brand's apparel always bringing a unique style and trying to capture the Tokyo aesthetic. In 2016 the brand opened its first flagship store in Tokyo.

Yoon Ahn is a Korean-American fashion designer and creative director of the AMBUSH brand. She is also known as the jewellery design director of Dior Homme and is now working together with Nike on special pieces. As the first woman to design a Nike Dunk High, she will go down in history.

In her current collaboration with Nike, the designer emphasizes a balance between the culture of sport and fashion. She also says: "The project began with a conversation about making women feel proud to represent their favourite teams.” You can see this in the feminine NBA collection, which we present below!

The silhouette of Dunk High celebrates a great comeback this year and is super hyped again. YOON's design is now bringing the next hit to the shelves! The design of the sneaker is based on the Japanese bicycle, car, motorbike and truck culture. For example, we get a special swoosh that protrudes over the shoe, similar to the pipe on a motorbike for example.

Otherwise the Dunk features a high quality leather upper and a trend colorway in black and white. Besides the Swoosh, there are other special design elements and of course the branding of AMBUSH and Nike as a highlight on the kicks. But let's have a look at this in detail:

As far as the feminine NBA basketball collection is concerned, YOON follows the clothing of the Los Angeles Lakers and Brooklyn Nets teams. In the design, their mission was to maintain classic vibes, but also to incorporate a feminine side. Her designs move in time with the 90s. She says: "I thought of all these amazing and strong female characters from the '90s who would come out in men's clothes, and I wanted to see how we could carry that attitude, but bring in more feminine forms."

In concrete terms, YOON transforms a typical basketball warm-up pant into an insulated pant. Perfect for the current season, with a playful waistband. The look resembles a pair of shorts that seem to peek out from under the warm-up pants. There is also a retro button panel on the side.

Beautifully cut long-sleeved tops are also intended to pick up on the classic NBA jersey aesthetics. YOON's reference to the 90s is particularly evident in the jackets in the collection. Just like the Dunk, the collection will also be available from Nike from 11 December.