All about the Supreme x Nike Shox Ride 2 Release 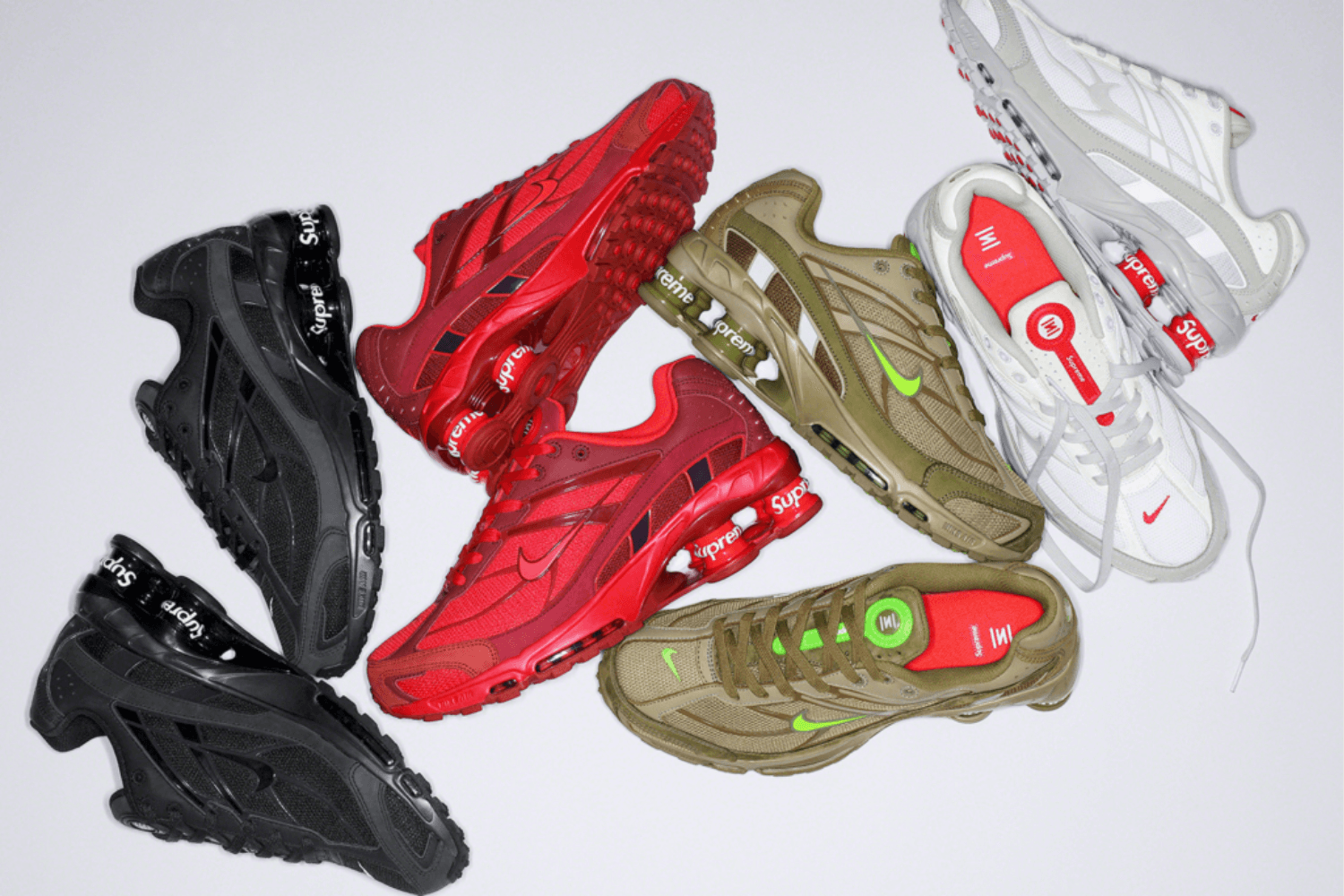 In late 2021, the first images of a possible Supreme x Nike Shox Ride 2 collab were teased. Now, some six months later, Supreme is showing the official images and release information of the collaboration. The Nike Shox Ride 2 comes in four colorways and drops on June 23, 2022 at Supreme.

Nike and Supreme join forces again and this time with the Nike Shox Ride 2. The two names came up with an extensive collection in May 2022 in which the Air Zoom Flight 95 SP received three colorways. Now, the Nike Shox Ride 2 gets a subtle makeover.

The Shox Ride 2 was introduced in the 2000s and featured a distinctive midsole. In recent years, the Shox model has had several colorways and variations and a collab with Comme des Garçons (2019). Now Supreme comes out with four colorways of the Shox Ride 2.

The Supreme x Nike Shox Ride 2 comes in four different colorways. A white, black, red and olive green version. The upper of the trainers is made of mesh and combines leather overlays. The Swoosh appears on the middle panel and has a glossy finish. The olive green colorway combines bright yellow details on the upper.

A striking detail on the four sneakers from the collaboration is the Supreme logo over the midsole. It appears under the heel and turns white here. The sneakers come with matching caps, which are held in the same colorways as the Shox Ride 2. The collection drops on June 23, 2022 at Supreme. 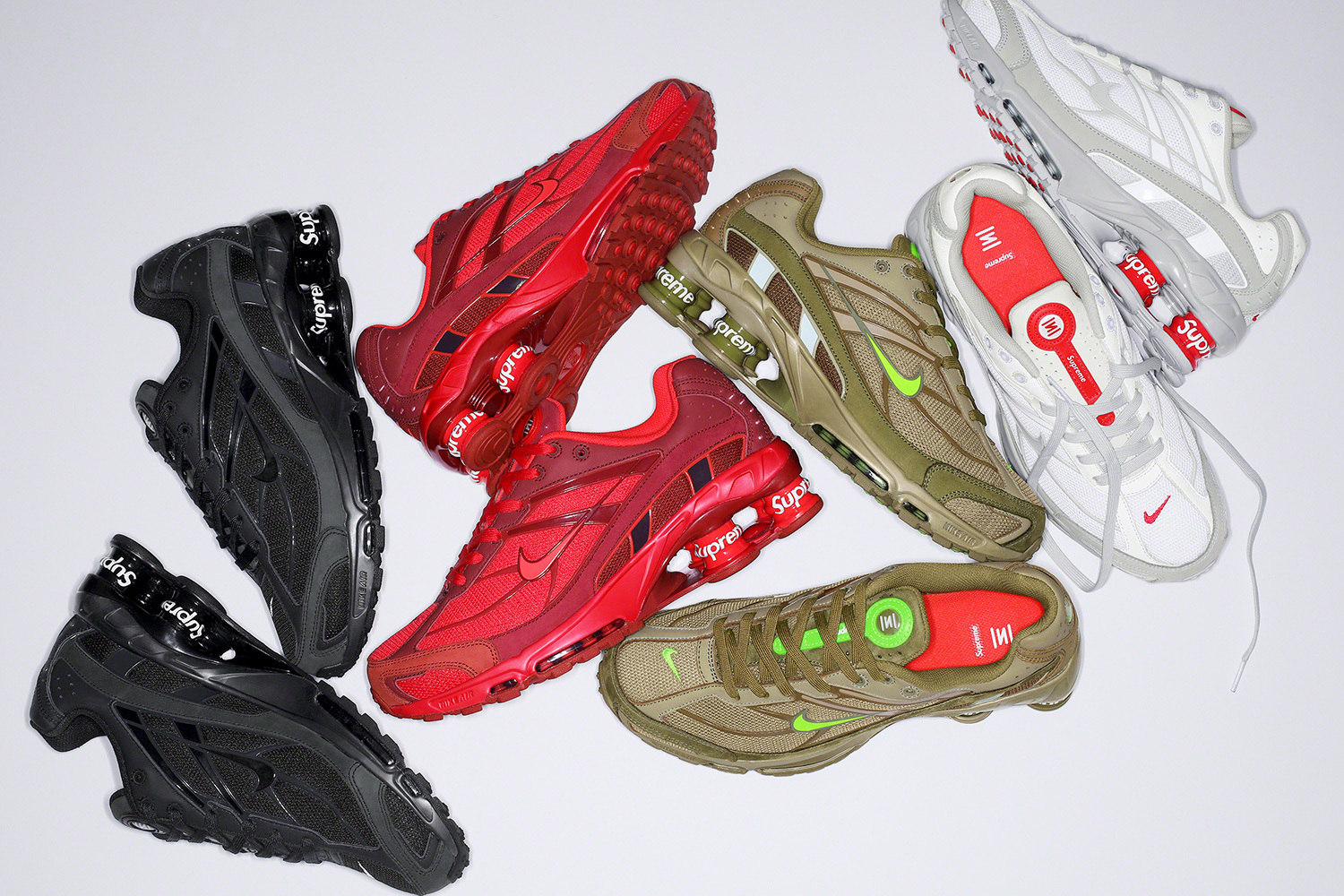 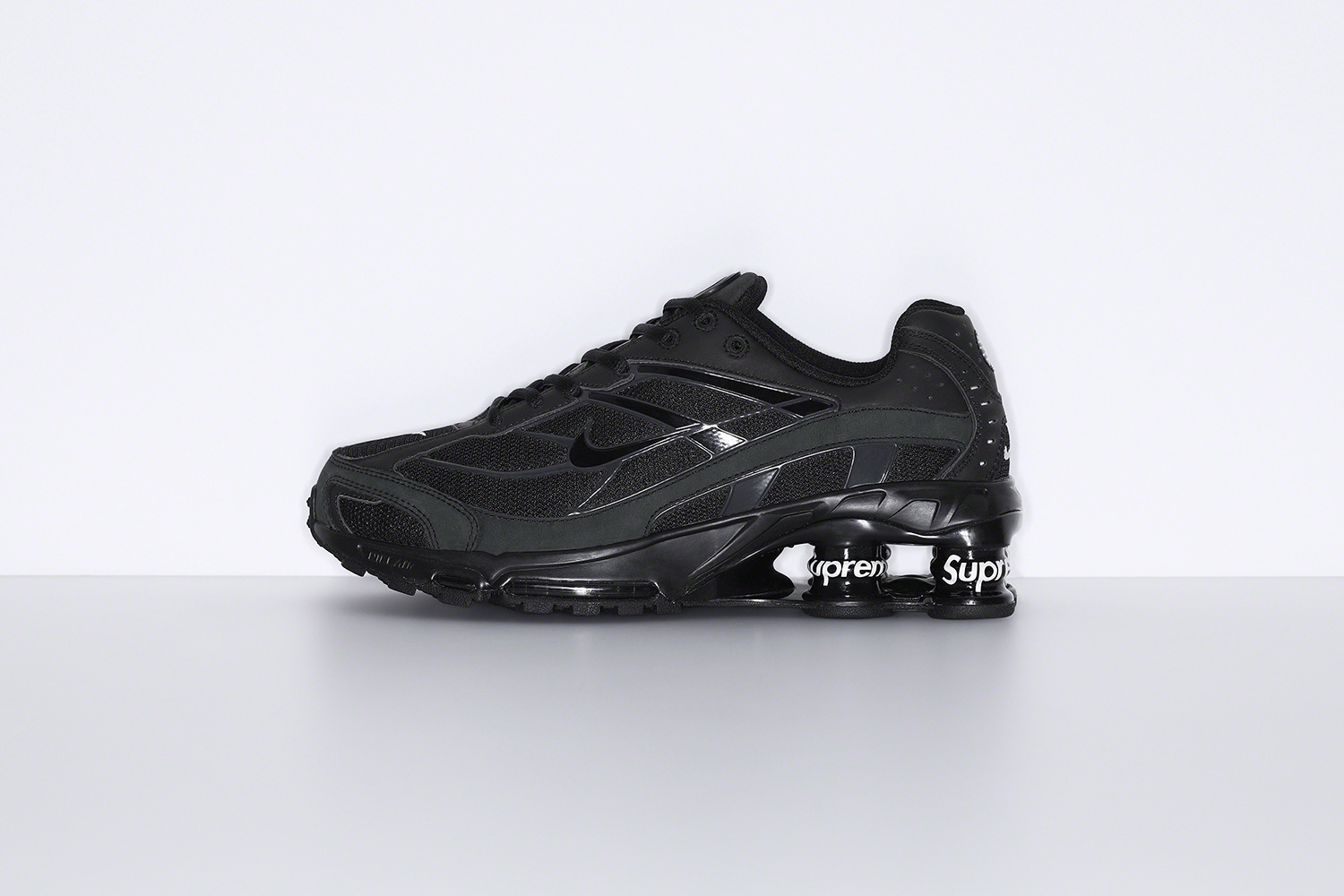 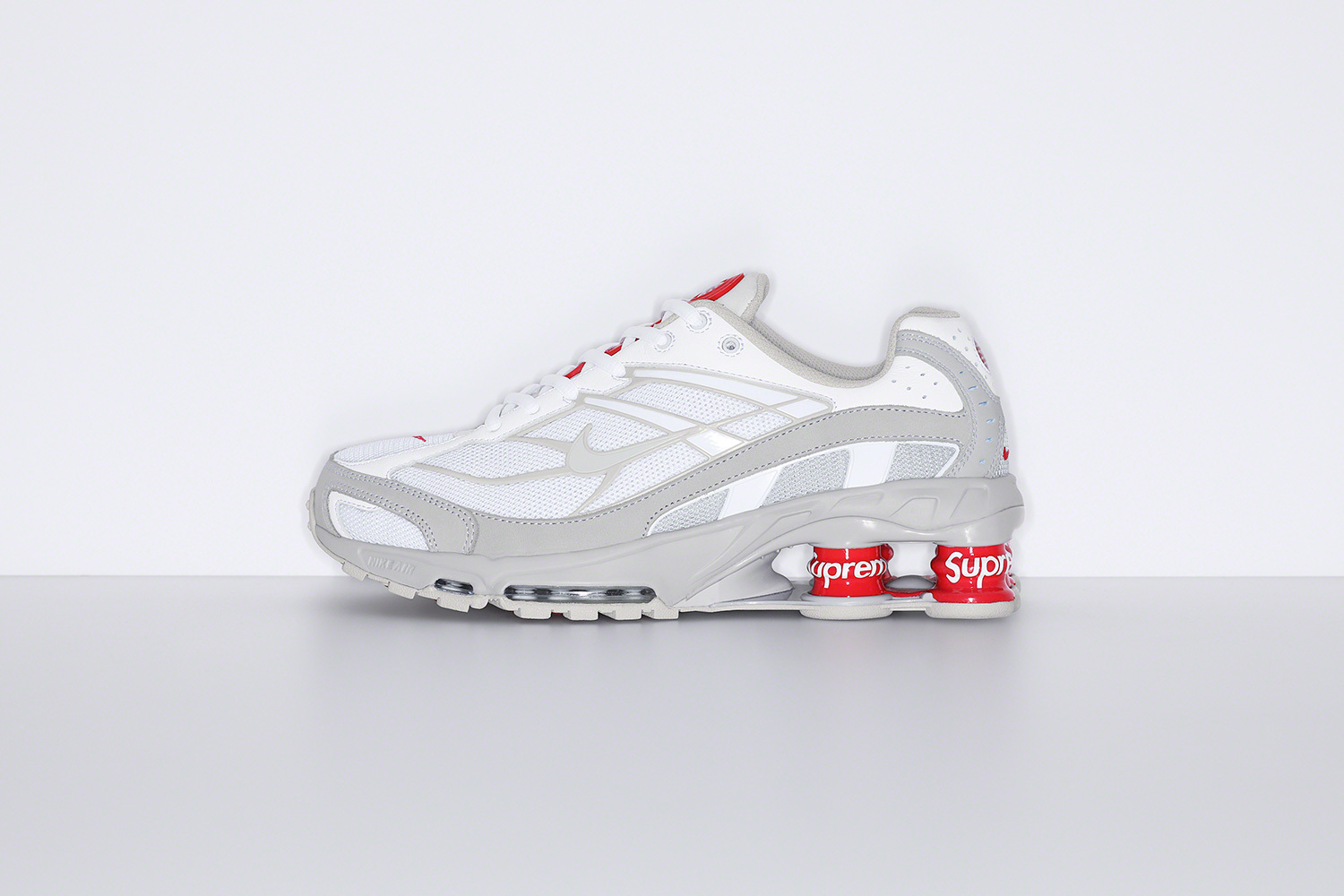 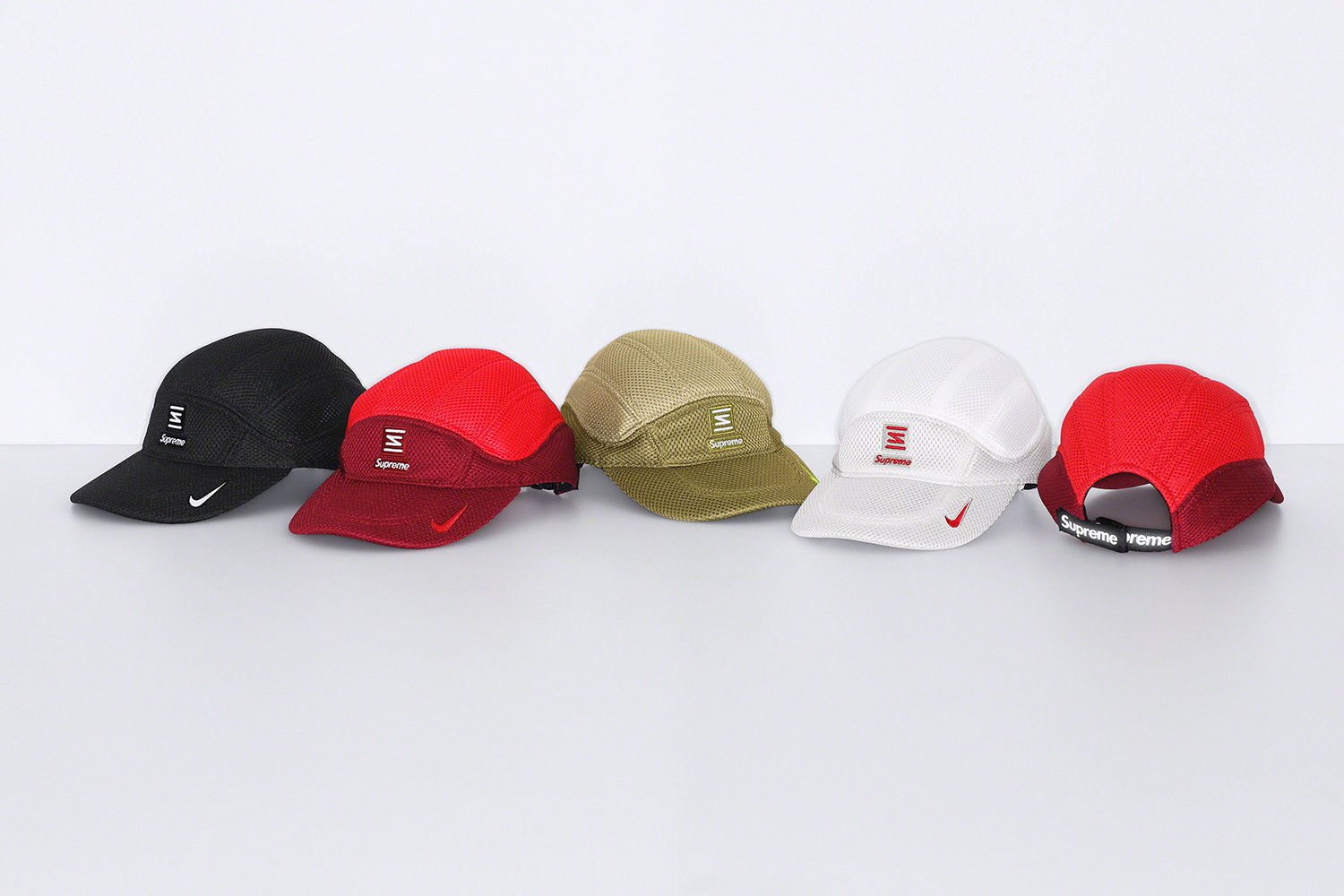 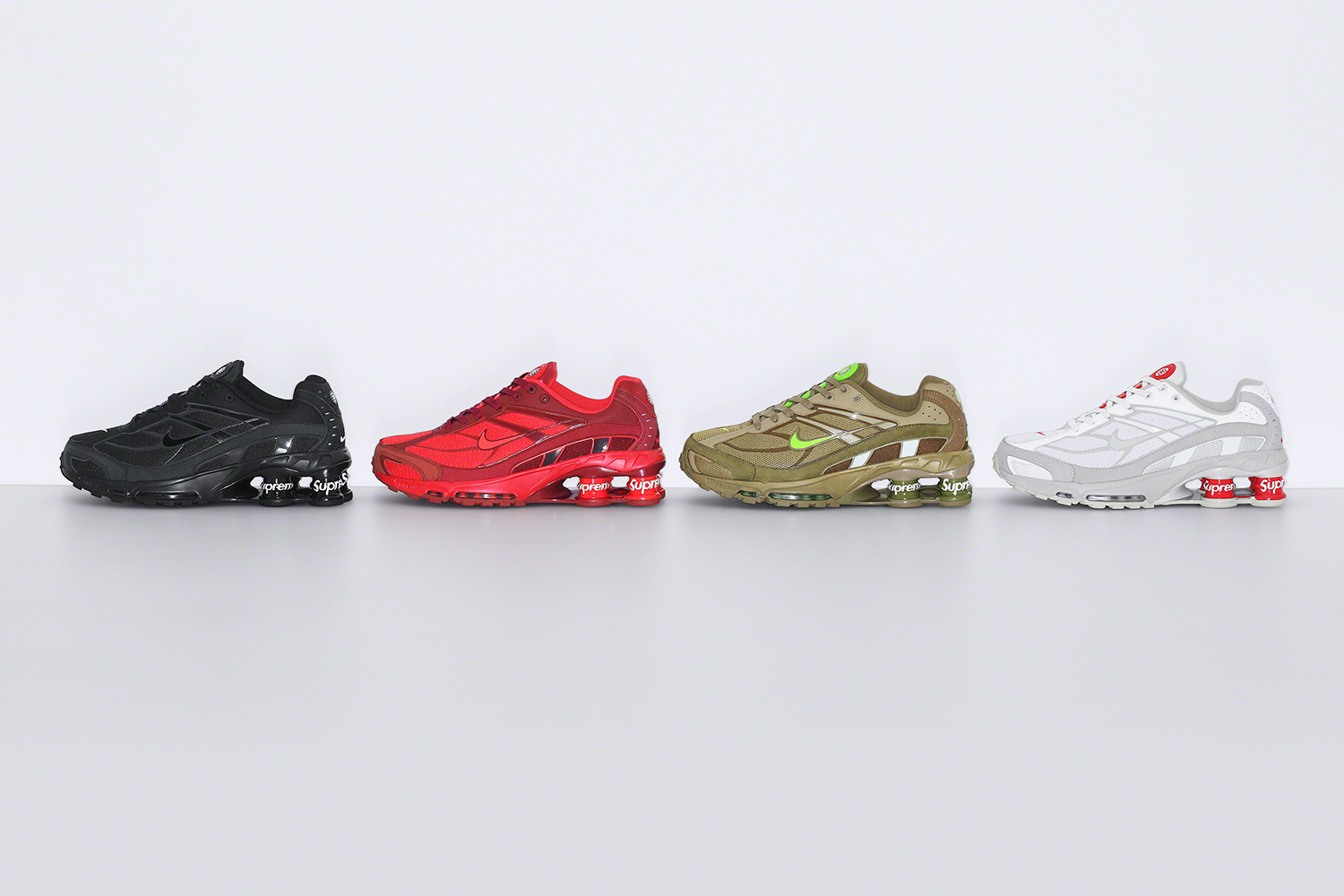 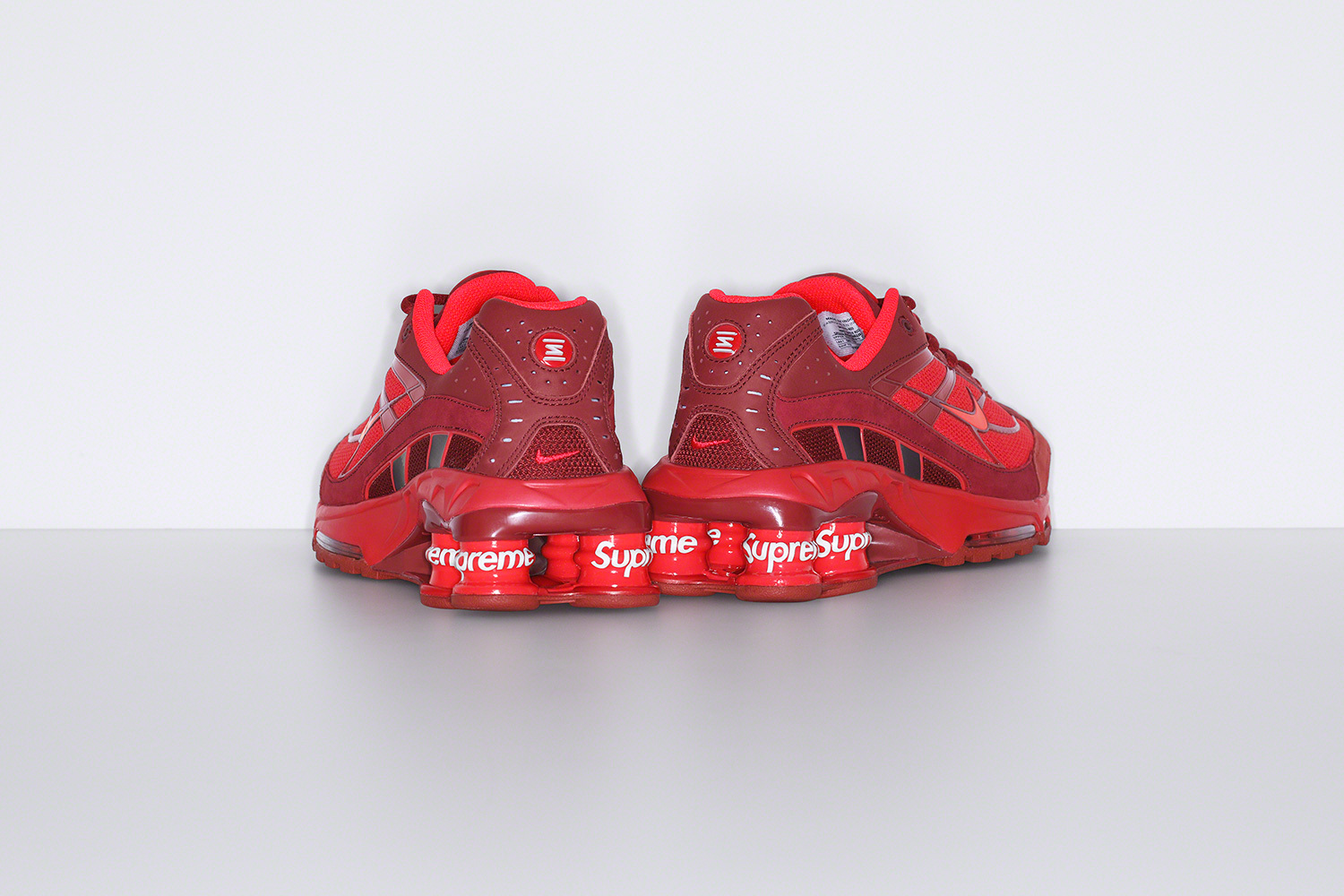 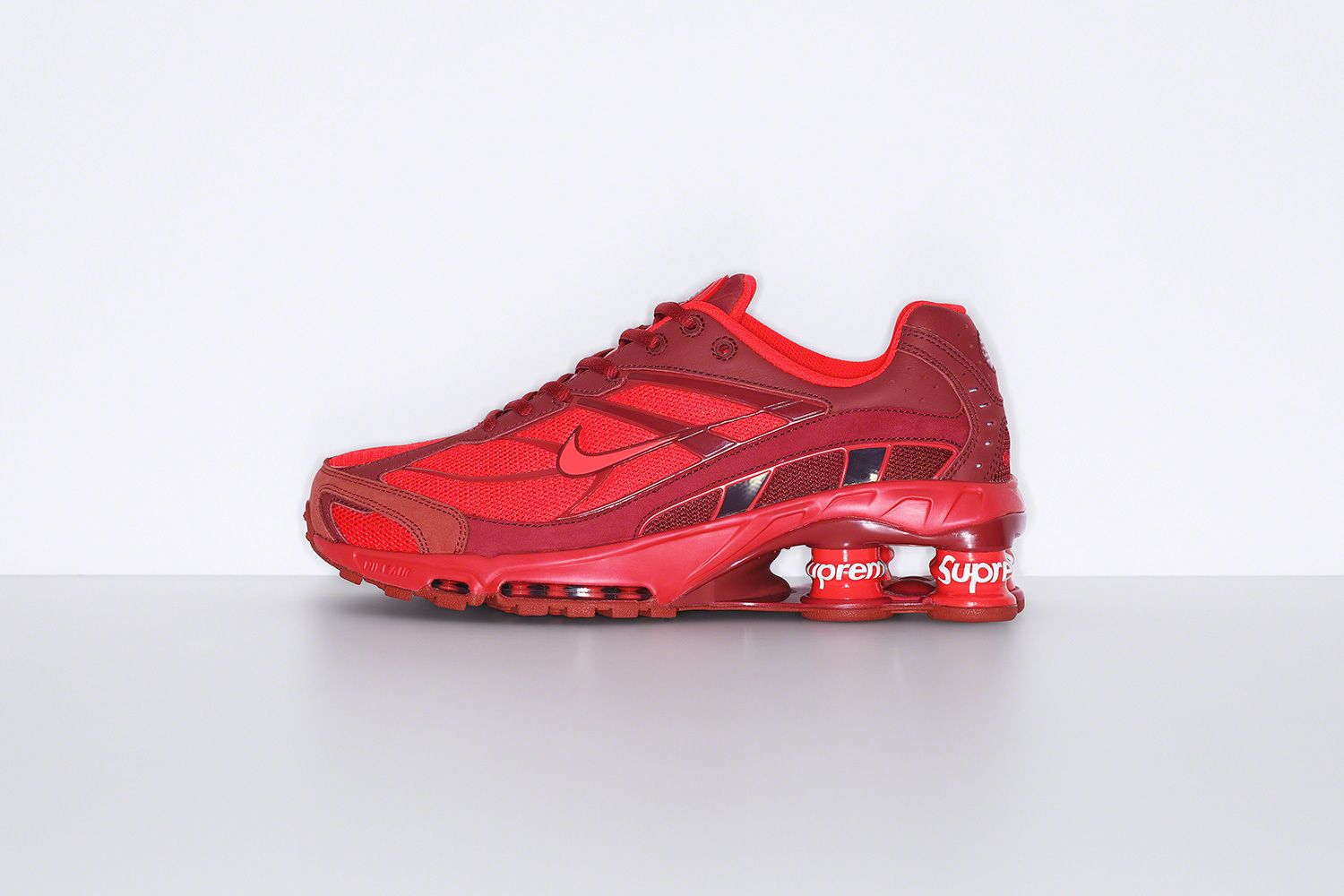 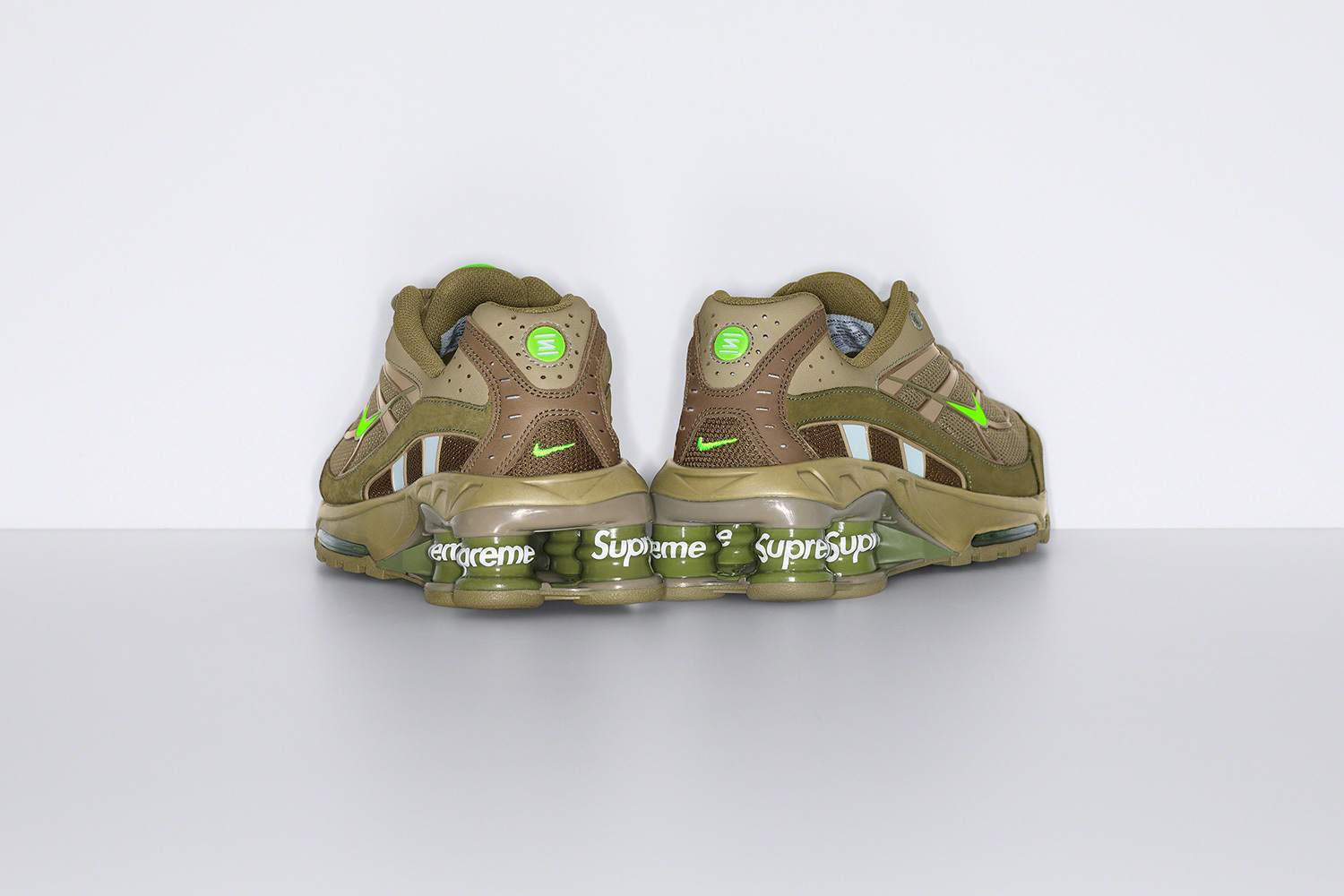 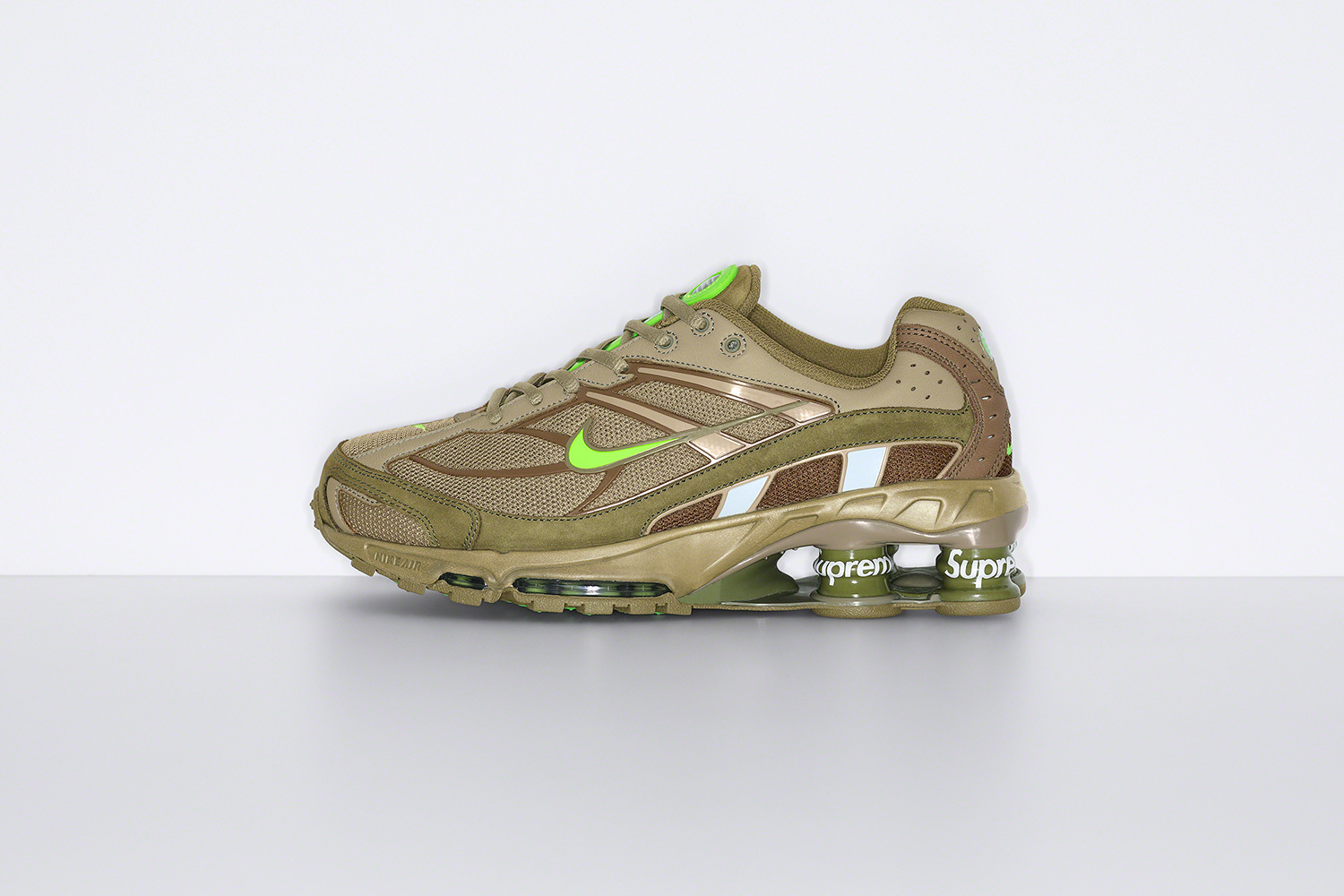 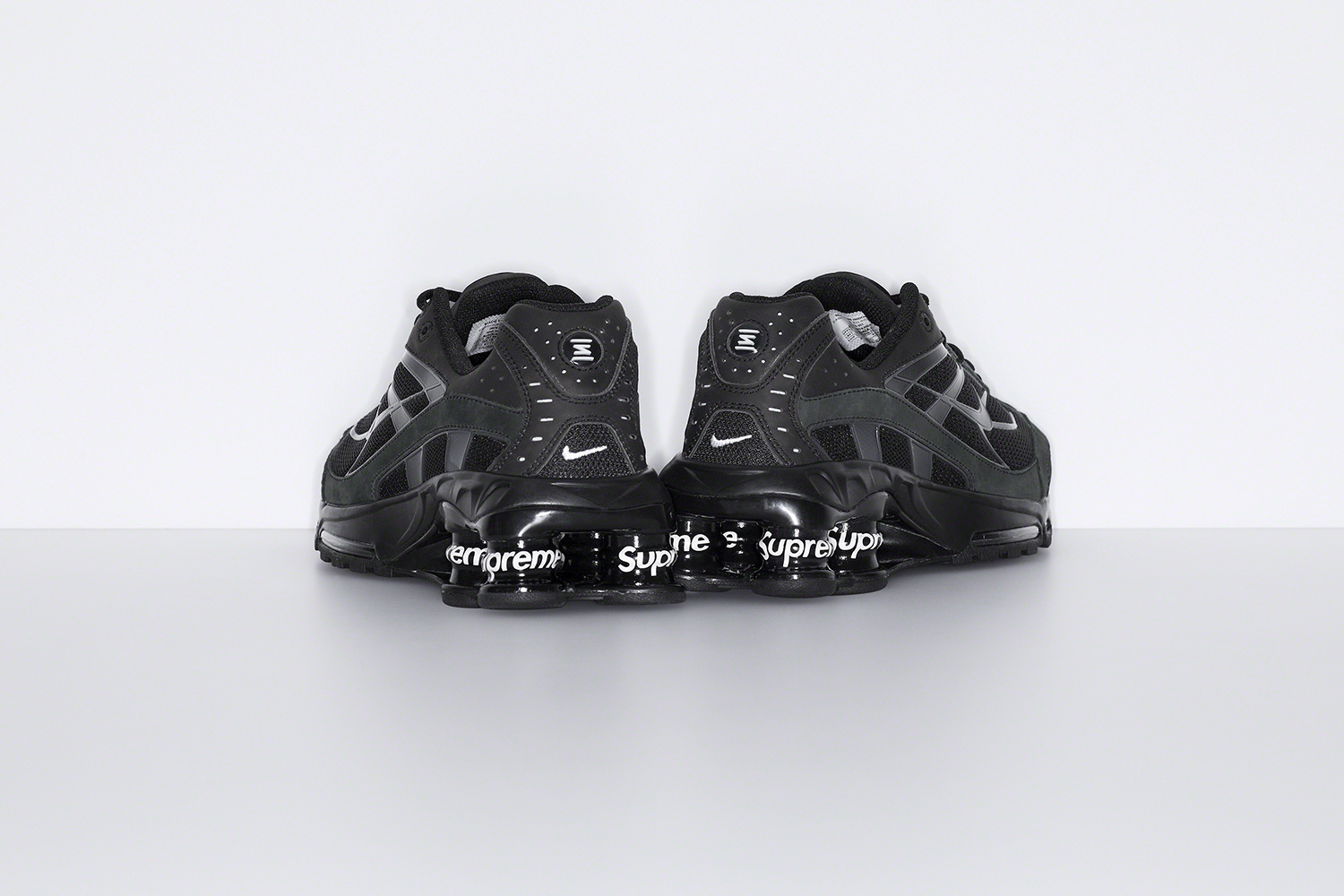 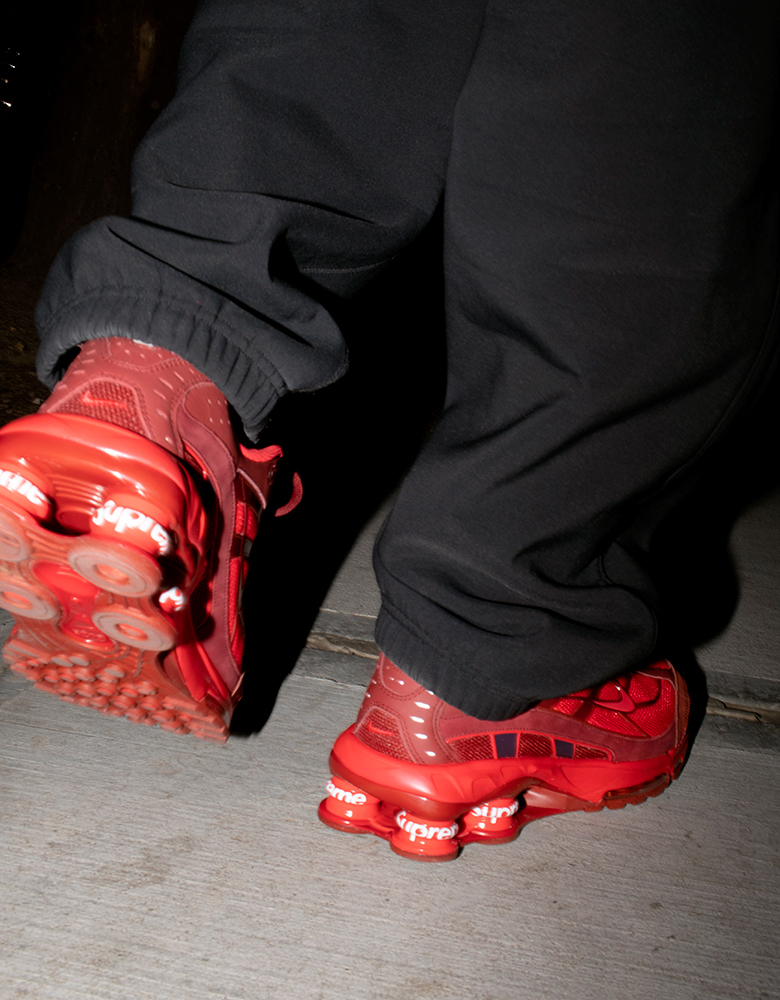 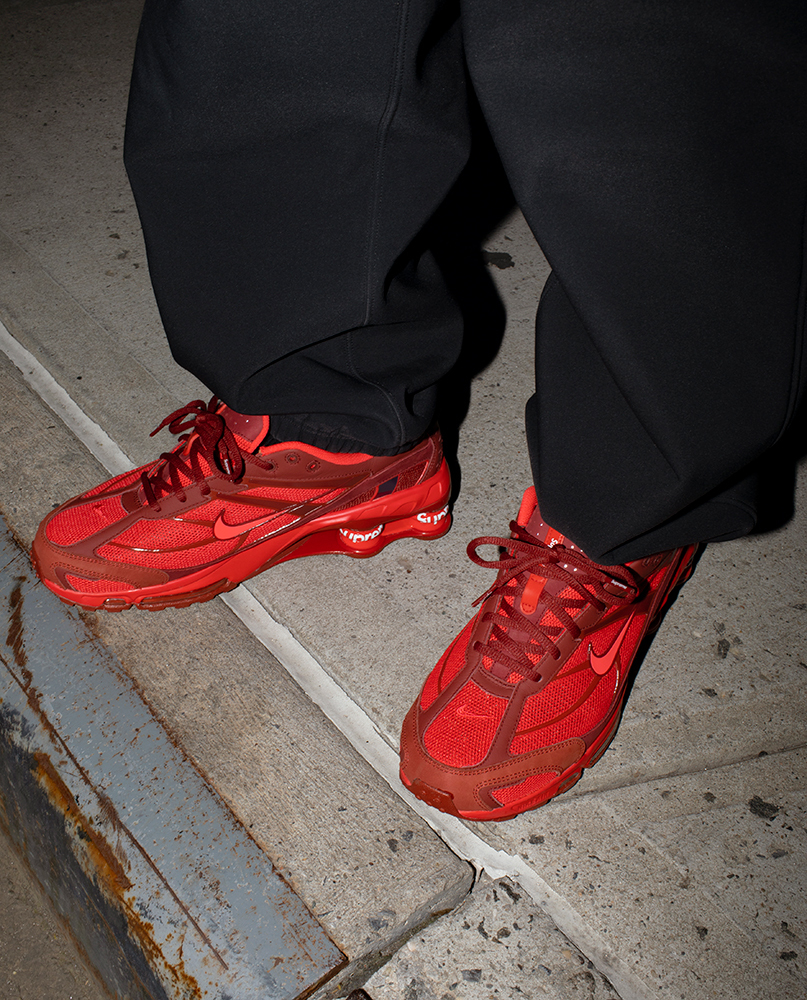 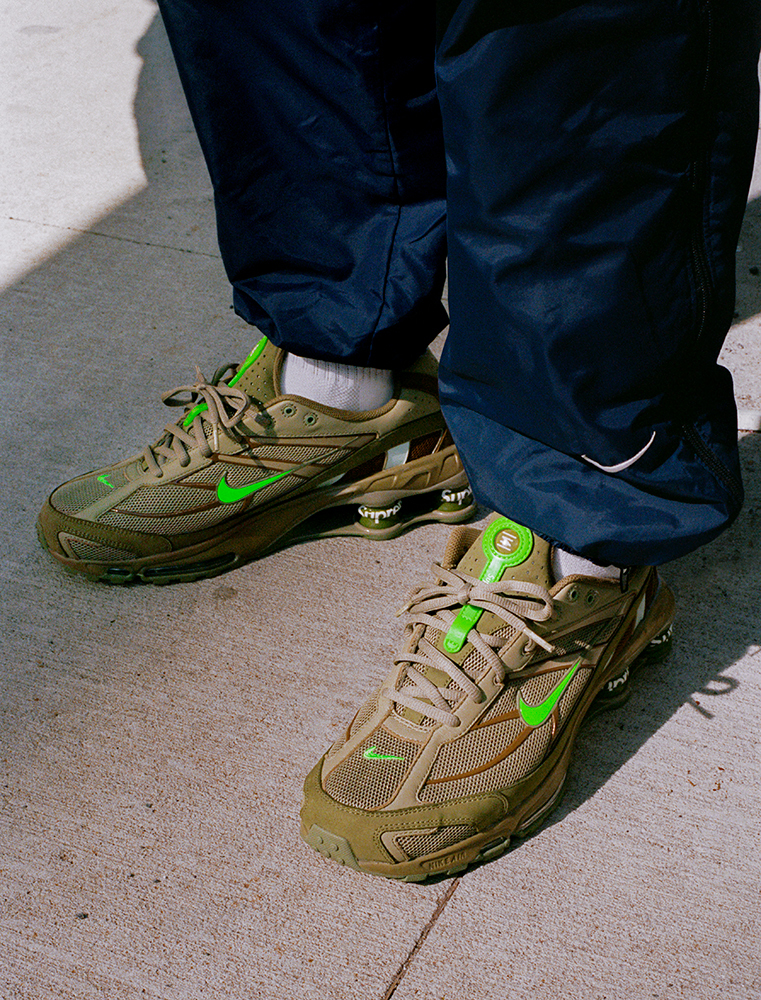 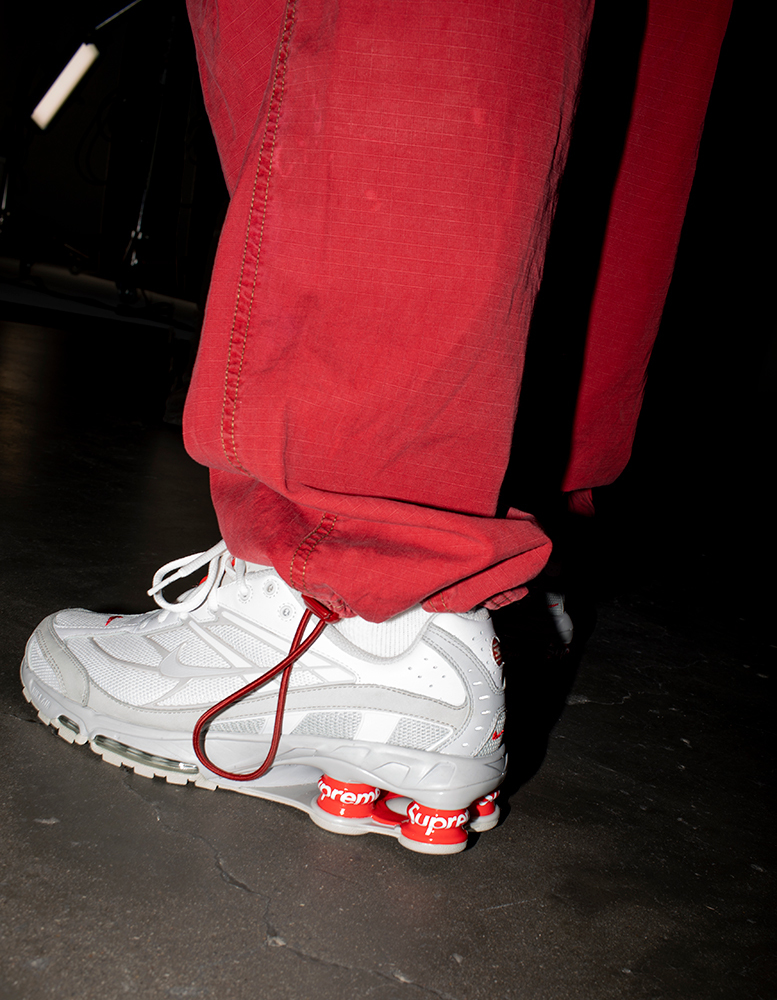