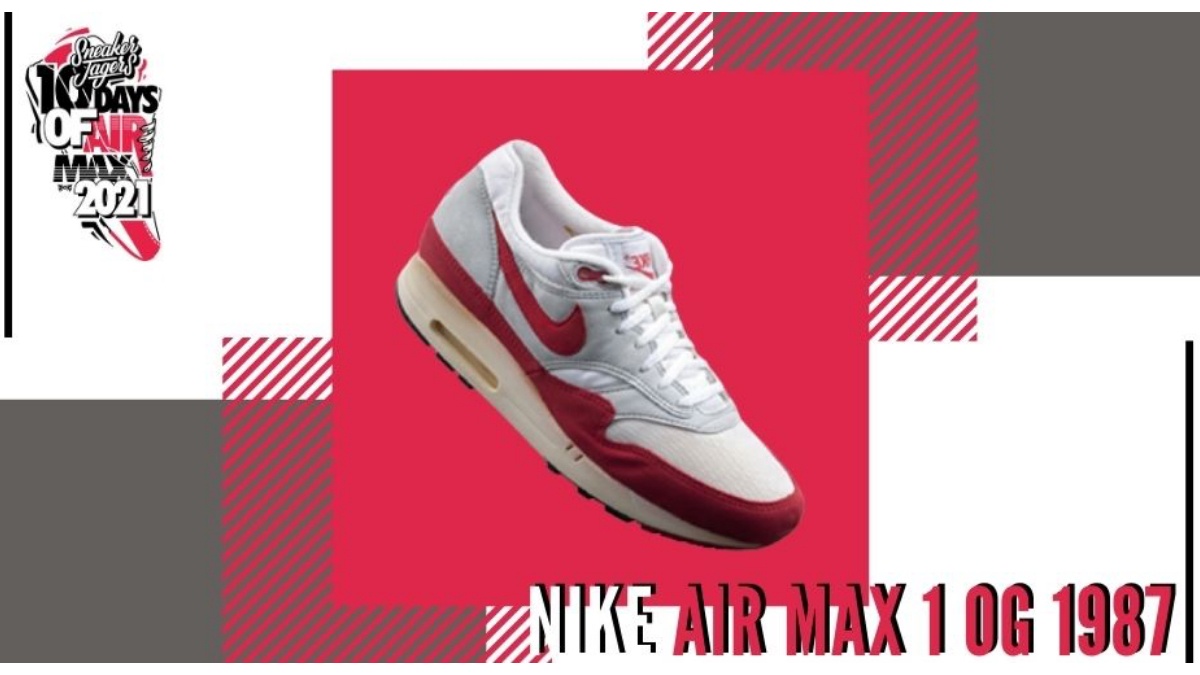 The 10 Days of Air Max have started at Sneakerjagers! From 16 March until 26 March 2021 everything is about Nike's iconic Air Max line. During this event, we will take you through the history of Air Max and celebrate its evolution with, among other things, cool competitions. For day 1, we have to start with the origin of the Air Max. Read all about the Nike Air Max 1 OG (1987) below.

What was so revolutionary about the shoe? The Air Cushioning Technology was previously used in 1978, when Nike launched the Air Tailwind. This was the first sneaker to incorporate this technology. This revolutionary idea to use 'air' in the sole of a sneaker came from NASA engineer Frank Rudy. What was special about the Air Max 1, was that this was the first sneaker where this Air Cushioning Technology was visible. You could literally see the 'Air' through a transparent part in the sole.

On 26 March 1987, Nike launched the first Air Max 1 in a red and white colorway. These colours: University Red and White are considered the OG colorway of the model. In 1987, Nike also released their very first TV ad for this release, featuring the Beatles' song 'Revolution'.

Now, more than 30 years later since its original release, the Air Max 1 is still one of Nike's most loved models. The sneaker has received numerous designs over the years. But to continue honouring the OG shoe, Nike has re-released the OG colorway several times with a number of variations. Below is a look at some of the releases Nike has done over the years. As you can see, the upper is often a little different, but the base with the Air sole always remains constant.

Revolution of the visible Air

The visible Air on the Air Max 1 in 1987 was certainly not the end of this technology. Nike continued to develop and create different models. With the AM1, Nike went one step further and made the Air more and more visible over the years.

Without the Air Max 1, Nike would never have been able to develop their other Air Max models. Therefore, 26 March is definitely a day worth celebrating. Which design on the Air Max 1 is your favourite? Do you like a classic pair or a unique colorway?