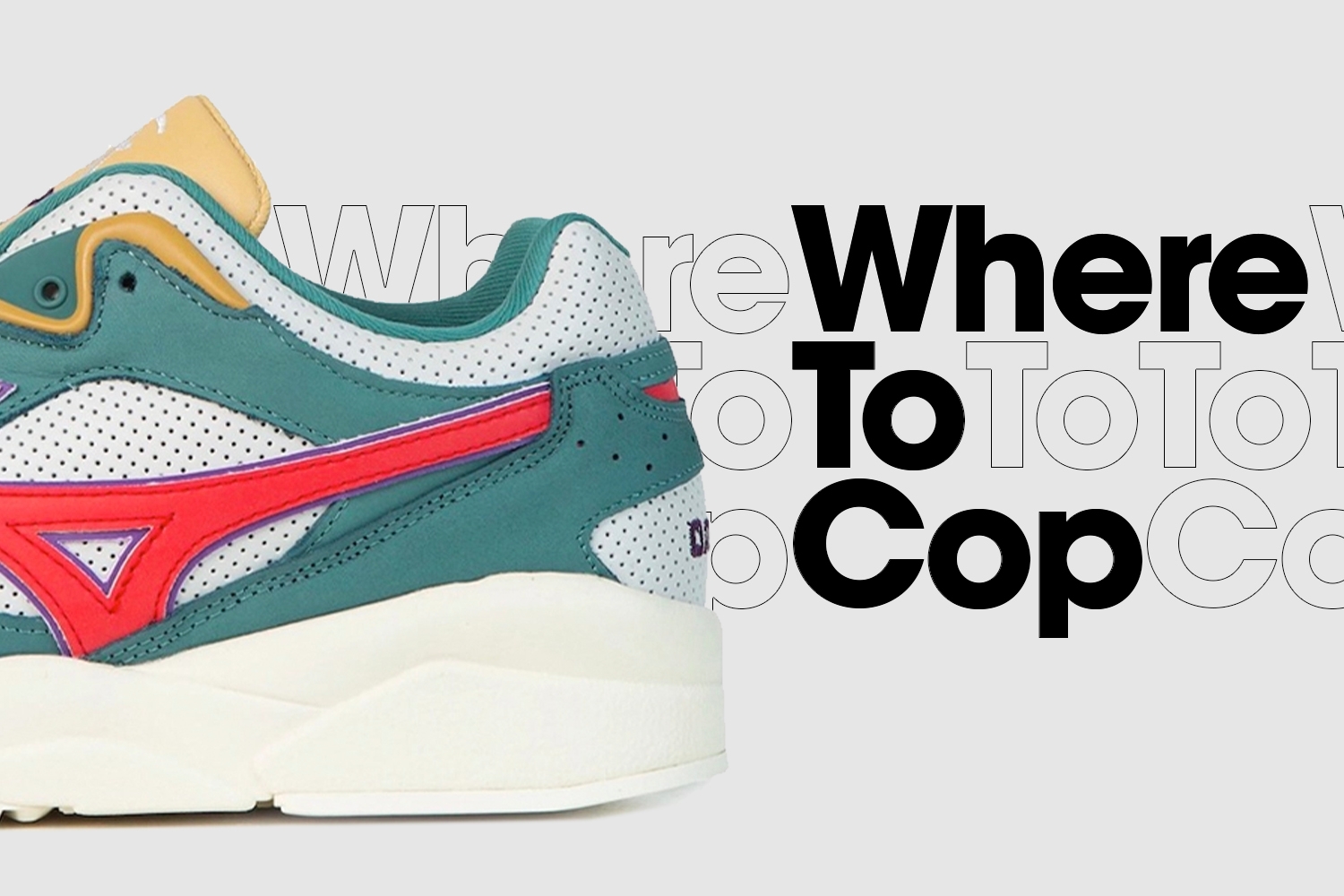 The Patta x Mizuno Sky Medal 'Ivory' will be released on April 15, 2022. The two names have already collaborated in the past on this model and this time they've come up with a colourful pair. The 'Ivory' will be available at various stores. Check out the detailed list here.

The new Patta x Mizuno collab has a striking look. The sneaker has a white upper and this one is made of leather. The overlays on the center panel have a dynamic look and color green. These are also made of leather. On the middle panel we see the Mizuno logo, which colours bright pink.

Previous collabs between the two names have also used the Sky Medal model. For example, the first Sky Medal collab came out in 2018 and has received four colorways since.

The new design 'Ivory' features an off-white midsole and has dynamic lines in the silhouette. The heel comes with the Mizuno logo stitched on.

The Mizuno logo also appears on the outsole. The tongue turns brown and has the Patta logo stitched in white. Underneath is the Mizuno sign in purple stitched.

The Patta x Mizuno Sky Medal 'Ivory' will be re-released on Friday, April 15, 2022. The sneaker was first released on April 1, 2022 and is now getting released at several stores. Click on the stores below to check out the release information.

In addition, the Patta x Mizuno Sky Medal 'Ivory' is also available via raffles. The raffle at the shop below is already open, so sign up quickly while clicking the photo:

In case you miss the release of the Patta x Mizuno collab, no stress. The sneaker will also be available at several marketplaces after its release. Check out the pair at the shops below and compare the prices.

All information at a glance: The Patta x Mizuno Sky Medal 'Ivory' will drop on April 15, 2022 at 00:00 am. Click on the button below to get a full list of all retail and release details again. We wish you the best of luck in scoring this pair.