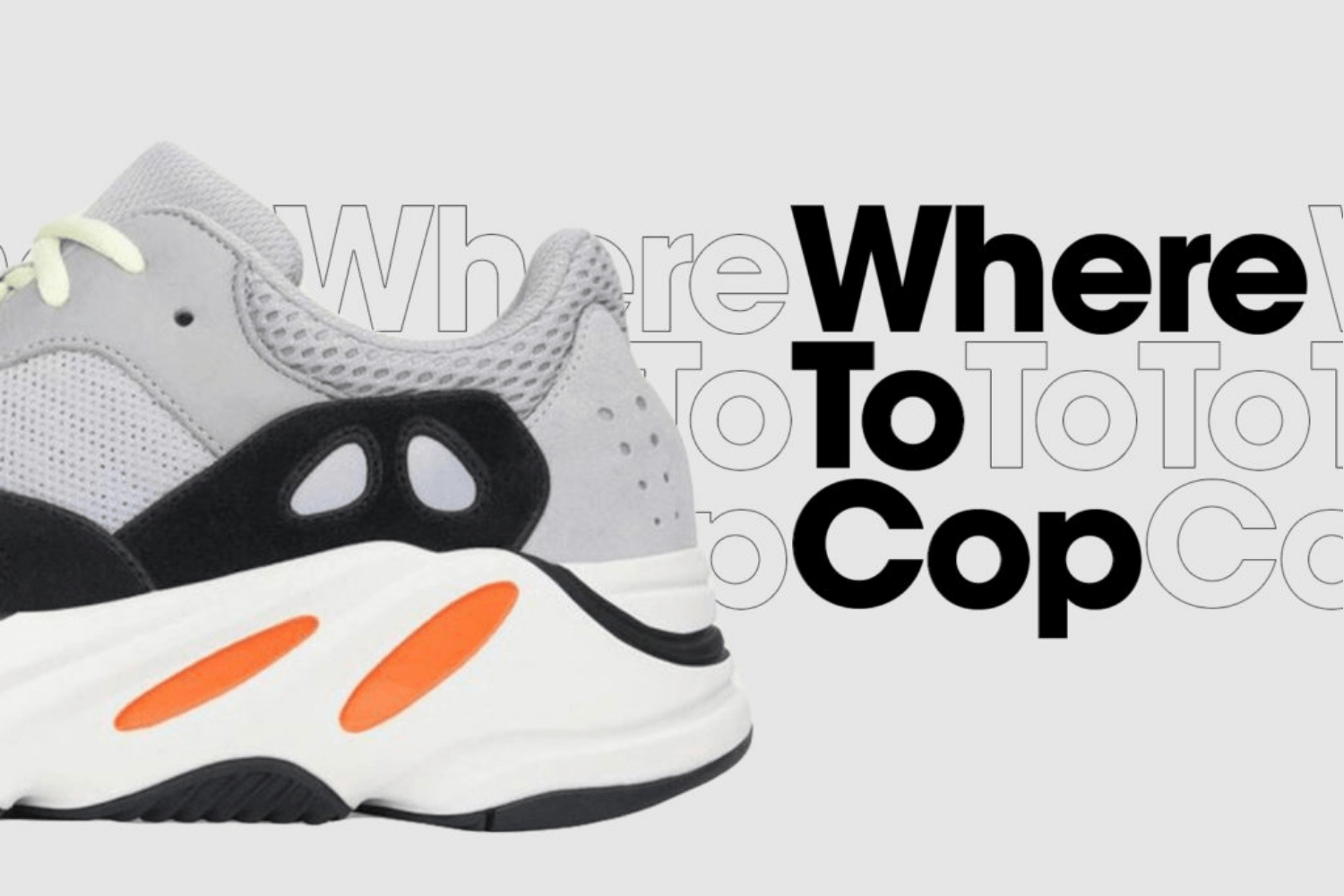 On Tuesday, March 22, 2022, the adidas Yeezy Boost 700 'Waverunner' will be restocked. The 'Waverunner' made its initial debut in 2017. After its release, the silhouette was rereleased worldwide in 2018, 2019 and 2021. It is definitely one of the most popular Yeezy releases of all time. Want to know where you can cop the 'Waverunner' again, dear community? Then check out all the details below!

The 'Waverunner' is most recognizable by the colours of the upper. The base on the upper is made of mesh and is coloured light grey. This color can also be found on the suede overlays, on the laces, heel and the toe. The rest of the upper has a combination of black and blue color accents.

What immediately stands out about the Yeezy is the summer color of the laces. The laces are kept in a striking cream which give the kicks an additional retro touch. A lot of eye-catchers!

Besides the laces, the orange and black accents on the midsole give the 'Waverunner' more cool details. The rest of the midsole is white, which transitions into a powerful black outsole.

The adidas Yeezy Boost 700 'Waverunner' will be re-released on Tuesday, March 22, 2022. The Kicks will only be available exclusively through online raffles. To increase your chances of getting a pair, it's best to enter as many Raffles as possible! Just click on the images to access the appropriate retailer and sign in!

Did you miss the restock? Than don't worry! The 'Waverunner' is always for sale on various marketplaces. Click on the stores below to grab the kicks!

Don't forget to sign up for the Raffles, fam! Hopefully you'll be lucky and the adidas Yeezy Boost 700 'Waverunner' can be added to your personal collection! Good luck!

Keep an eye on our release calendar regularly to find out about the other latest releases!