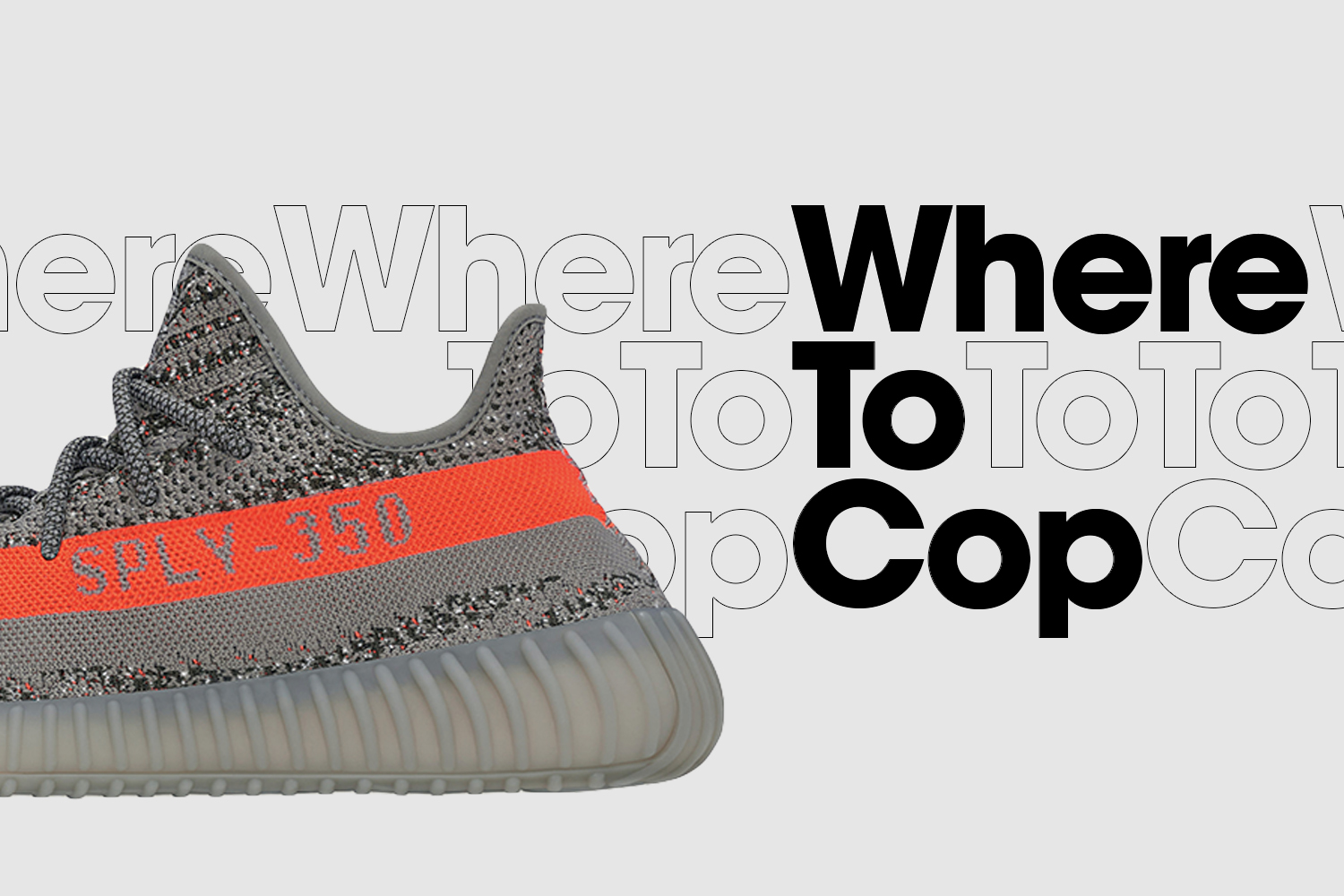 Before 2021 ends, adidas and Kanye West release the Yeezy Boost 350 V2 'Beluga'. For its release, the sneaker dons the familiar colorway from 2016 and has been given reflective details. The pair will be released on Saturday, December 18, 2021. We made a list of shops where you can score the Yeezy.

In 2016, the Yeezy Boost 350 first appeared in a 'Beluga' colorway. Now the colorway is making a comeback and the sneaker has been given the same grey upper. The upper is made of Primeknit materials and the middle panel features the Yeezy stripe. This is completely set in red.

In contrast to the pair from 2016, this variant is processed with 3M materials. This ensures that the sneaker is reflective and gives light when you shine on it. Furthermore, the soles share the same colour grey as the upper and the adidas and Yeezy logo is printed in the insoles.

The 'Beluga' will be available from Saturday 18 December 2021 at the adidas Confirmed app and Baskèts. Be quick, because the kicks will come online at 08:00 sharp.

In addition, the Yeezy will also be released through raffles. These are already open at a lot of shops. To increase your chances of scoring, it's a good idea to sign up for multiple raffles. Click on the stores below to sign up for the raffles.

Don't forget that the sneaker is also available on a number of marketplaces. So if you didn't score the pair, you can always check out StockX and eBay.

So that's the list of shops where you can score the adidas Yeezy Boost 350 V2 'Beluga' - Reflective. For a complete list and all points of sale of the Yeezy, click on the button below. Keep an eye on your diary, because the kicks will be released on Saturday 18 December 2021 at 08:00. We wish you the best of luck!