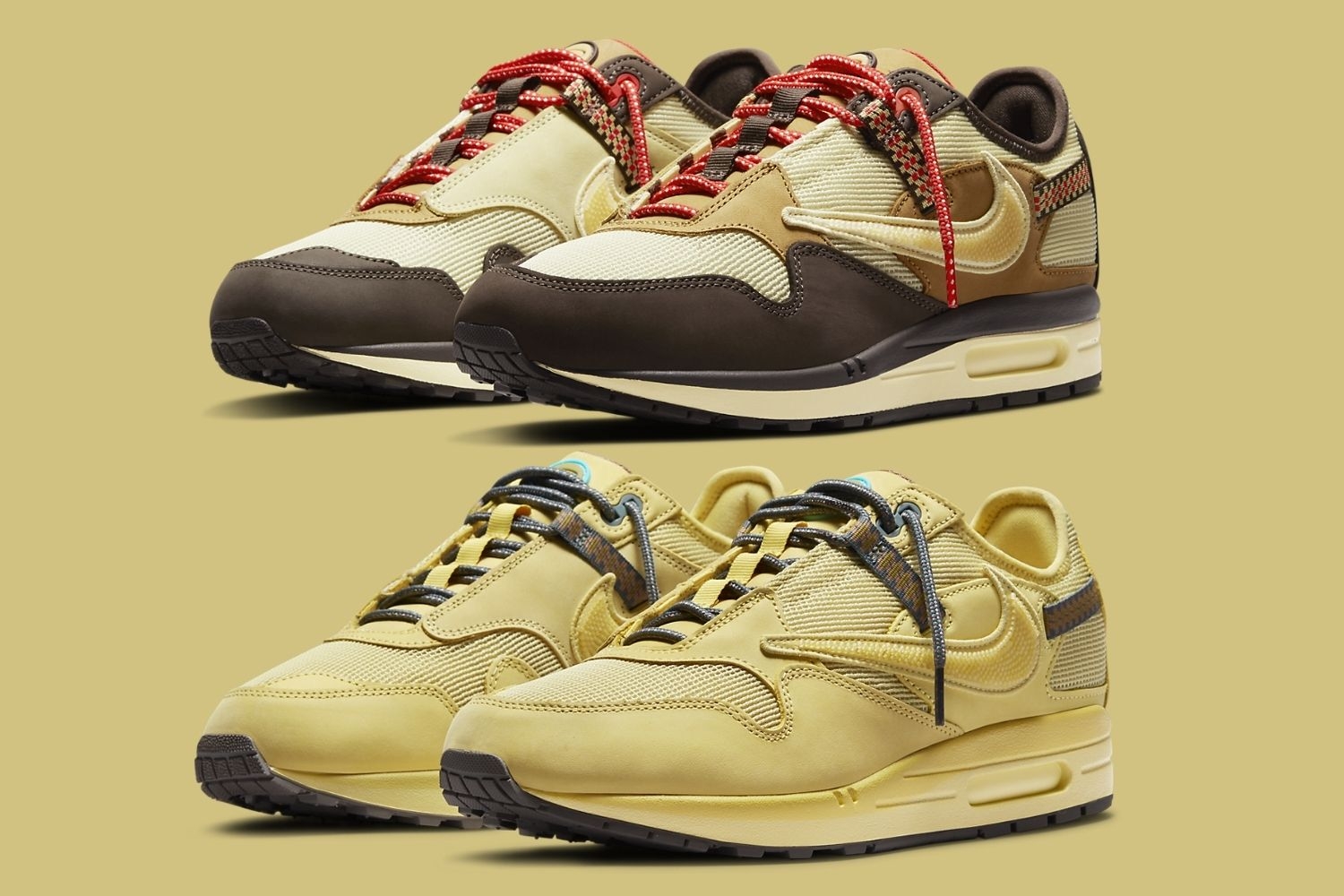 Check out other upcoming drops in our release calendar!

Rapper Travis Scott has teamed up with Nike to design two new sneakers. The Houston-based artist is known for his successful sneaker collabs and has released several pairs with Nike in the past. Think of the Air Jordan 1 High and the SB Dunk Low.

The new pair comes in two colorways that both combine different shades of yellow and brown. Both models also feature an inverted Swoosh on the centre panel.

The 'Saturn Gold' has been given a gold-coloured upper. The upper is made of mesh and has leather overlays. The Swoosh also shares the golden colour, as does the midsole. A striking detail on the 'Saturn Gold' are the dark blue and pink laces. In addition, the pair has a drawstring lacing system and a lacing eyelet runs through to the heel of the pair.

The 'Baroque Brown' shares the same silhouette as the 'Saturn Gold'. The upper of this pair is coloured gold and the overlays on this pair are cognac brown. The mudguard is a dark brown colour and the details on the 'Baroque Brown' are red. On the heel, a red flag is stitched with 'Cactus Jack'. This can also be seen on the 'Saturn Gold'. Both Air Max 1s have the Cactus Jack logo on the insole.

The Travis Scott x Nike Air Max 1 pairs will both be released on December 16, 2021. The pairs will also be dropped during the Astroworld Festival. 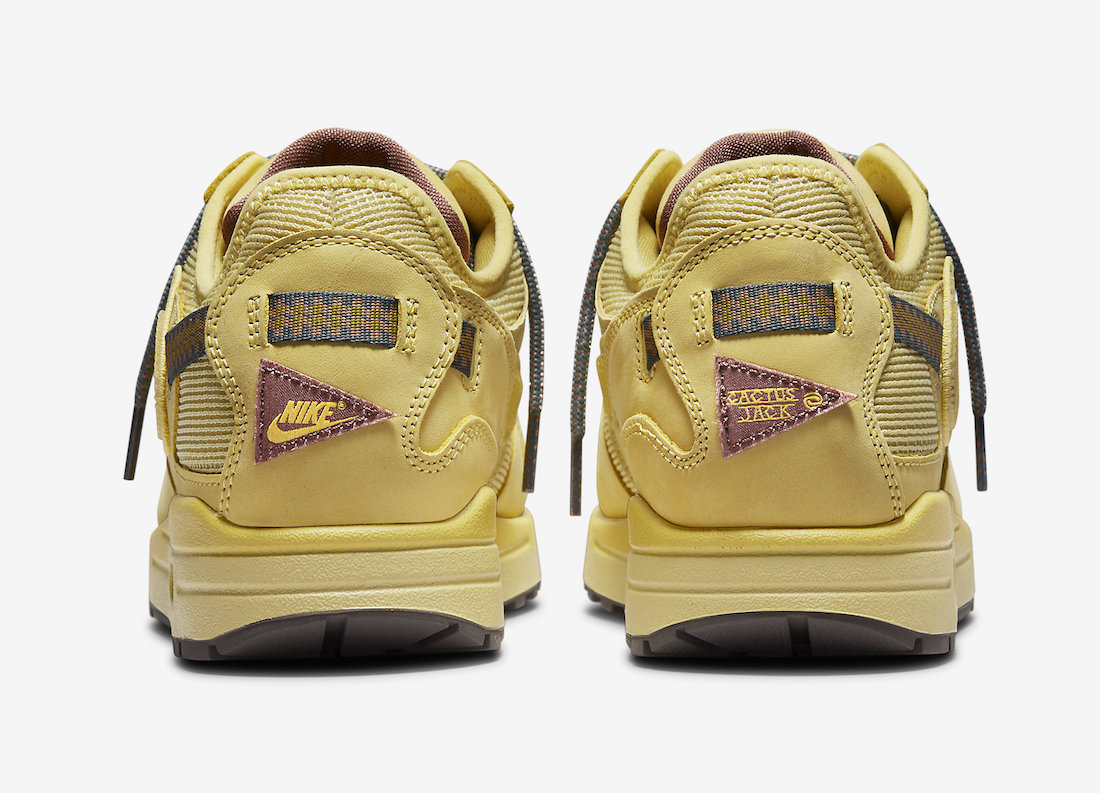 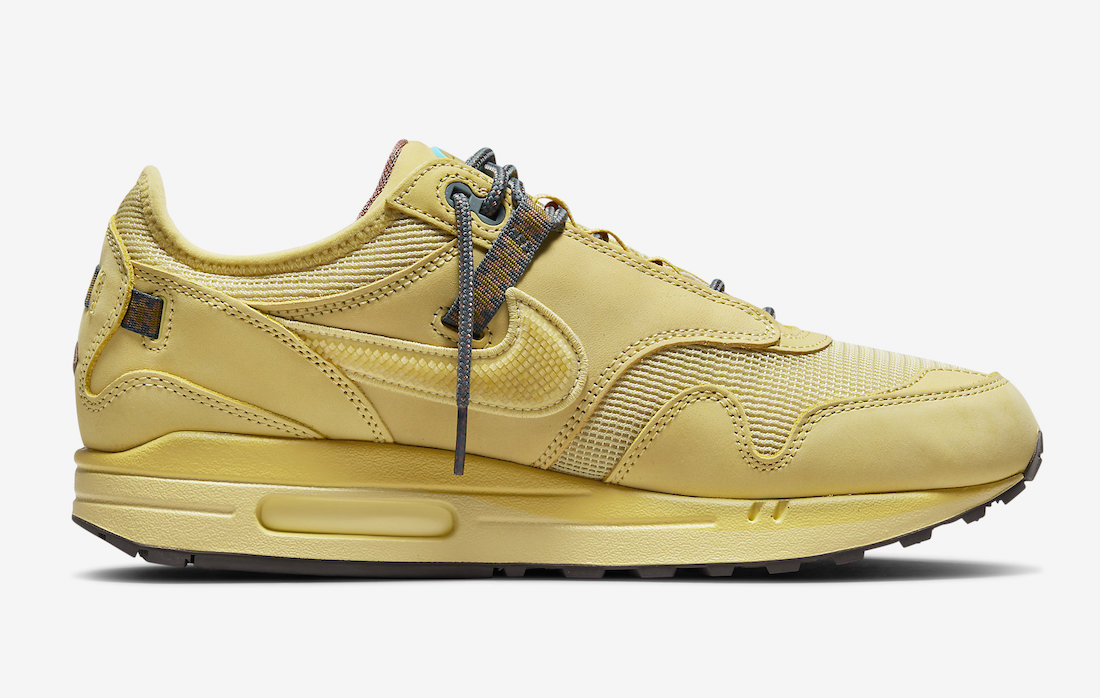 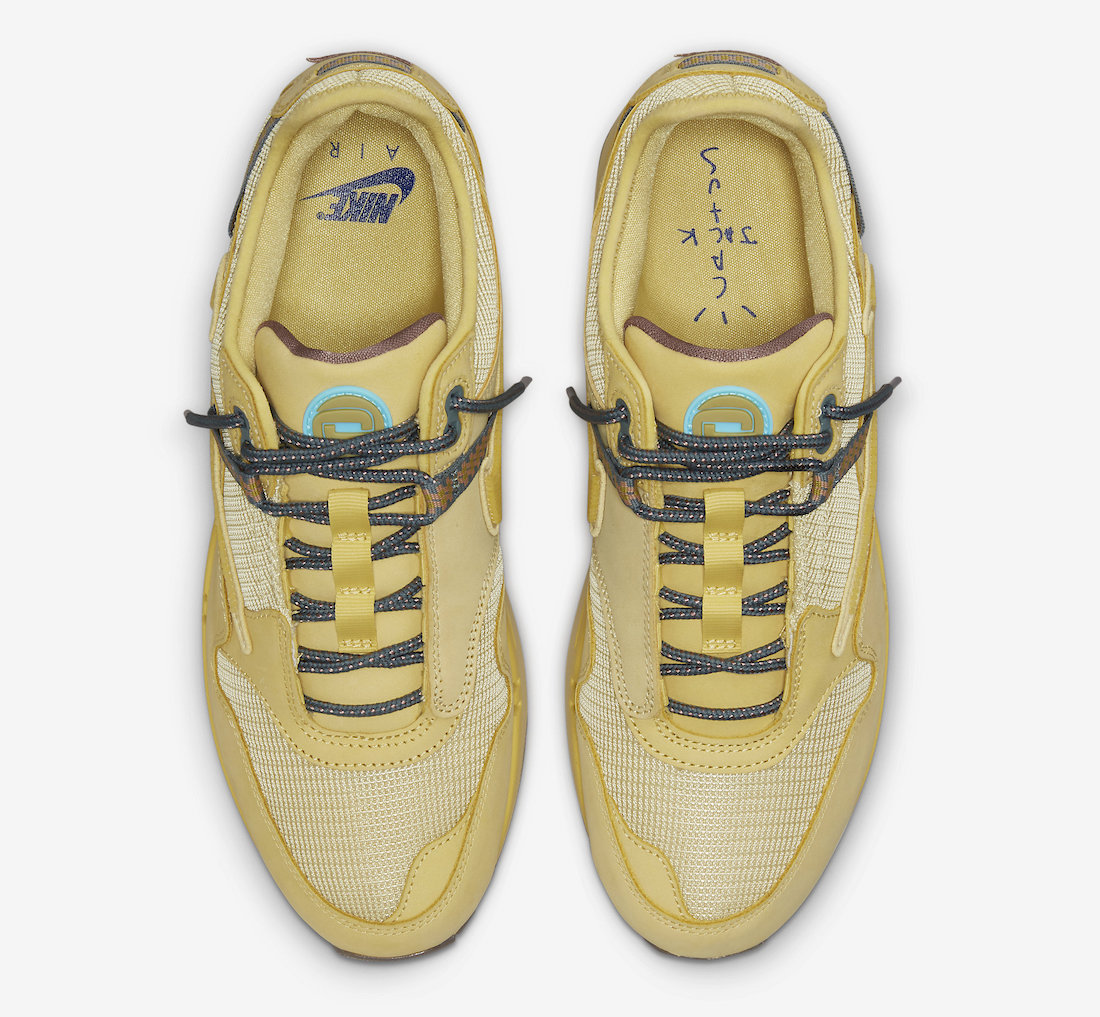 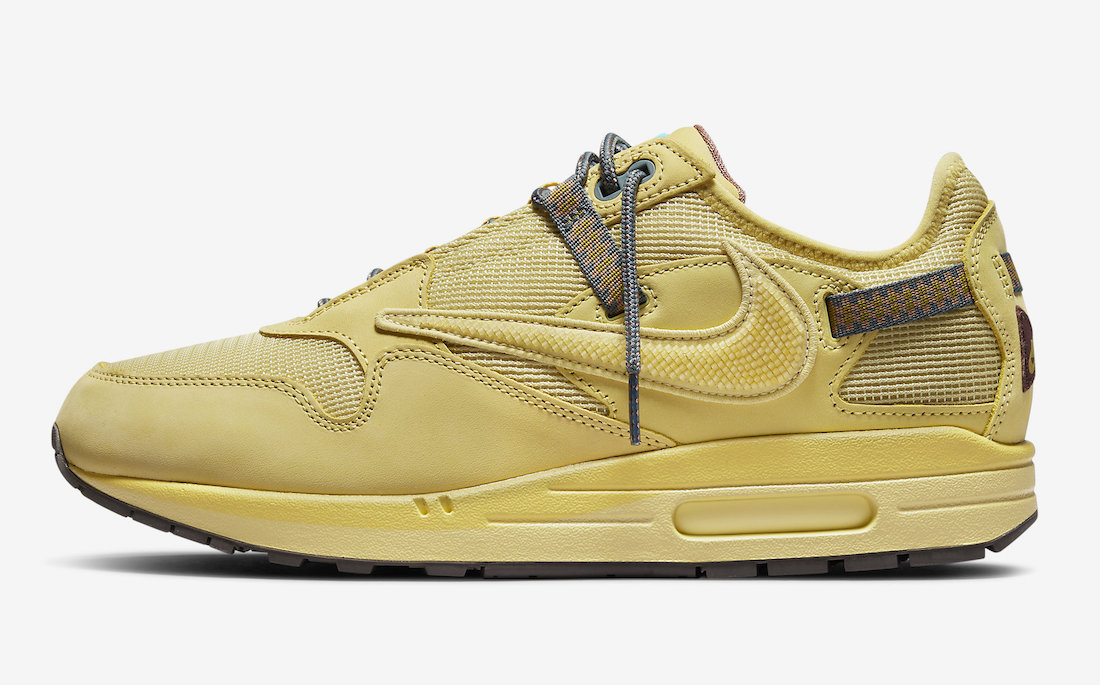 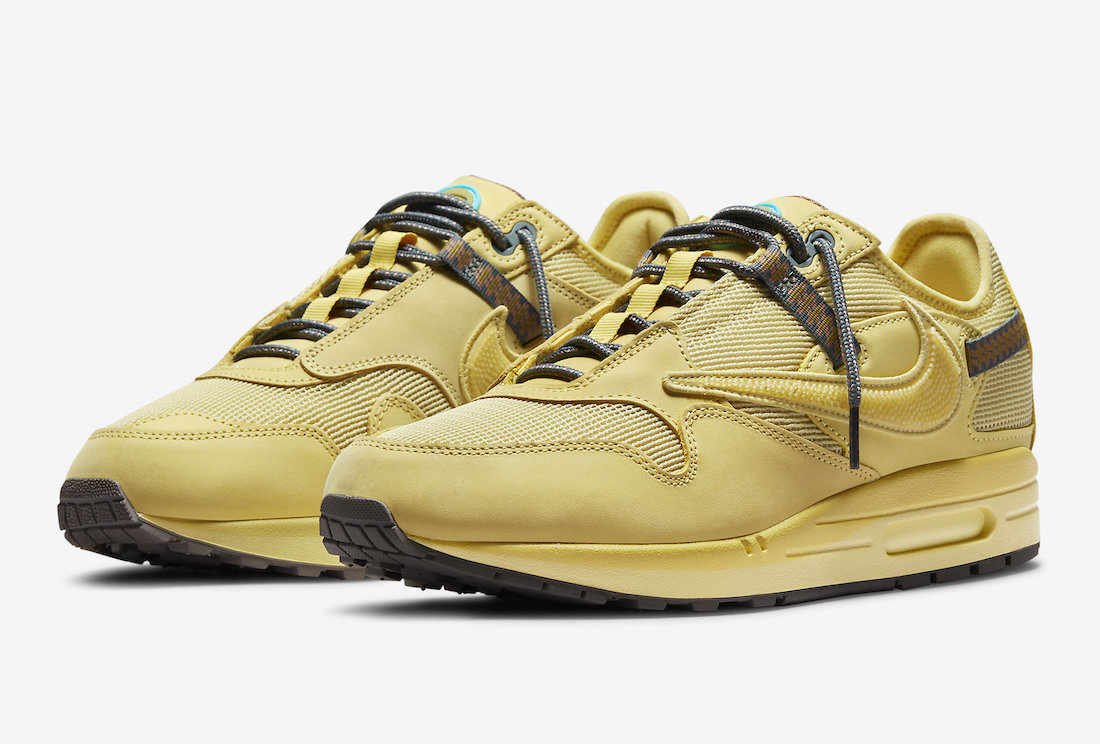 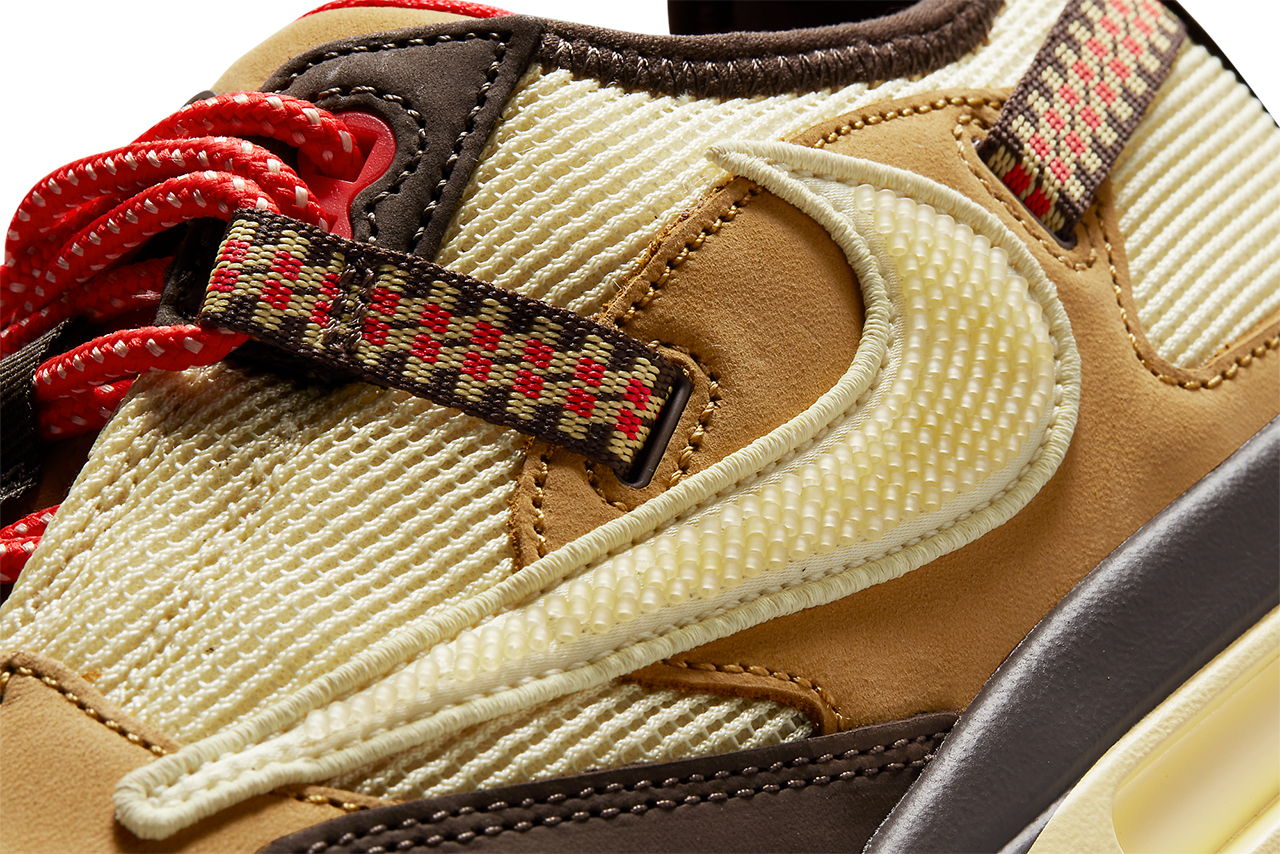 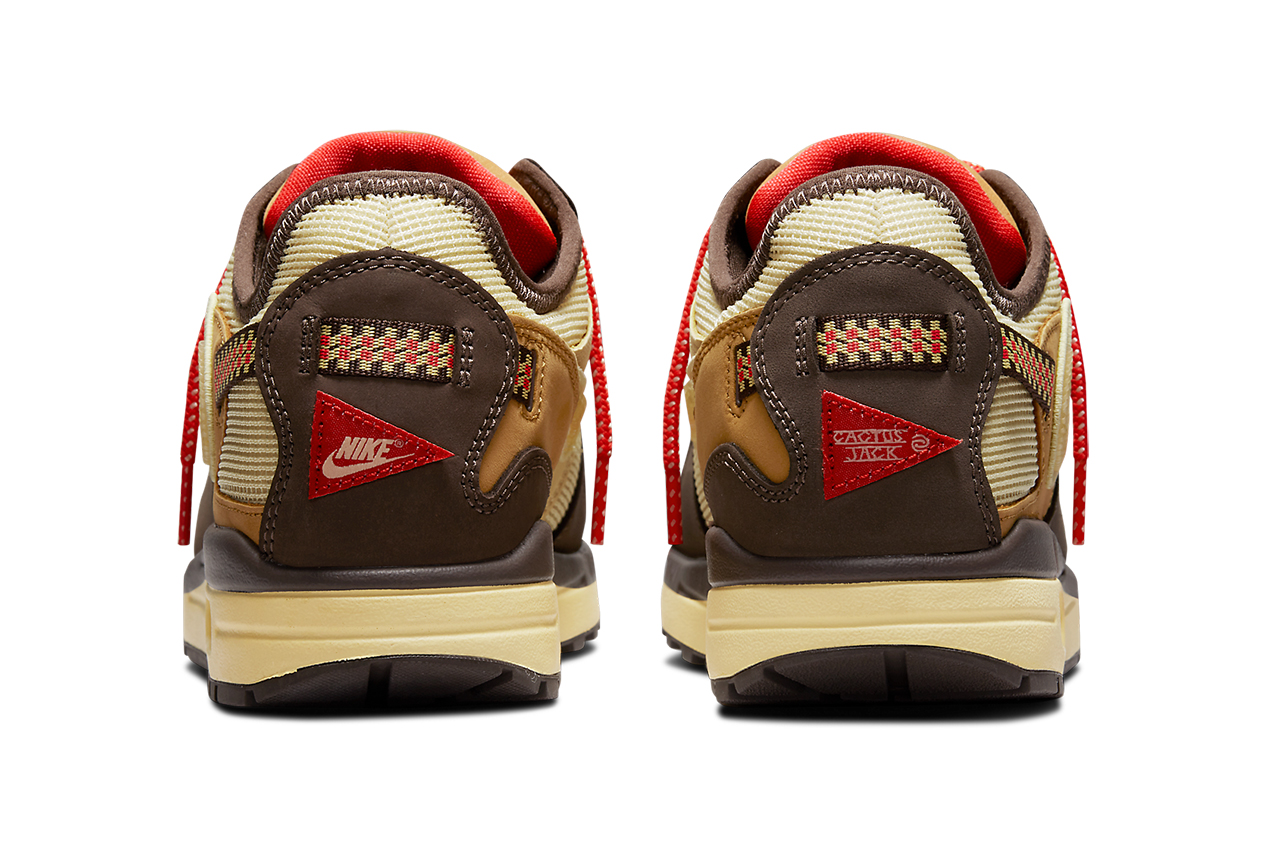 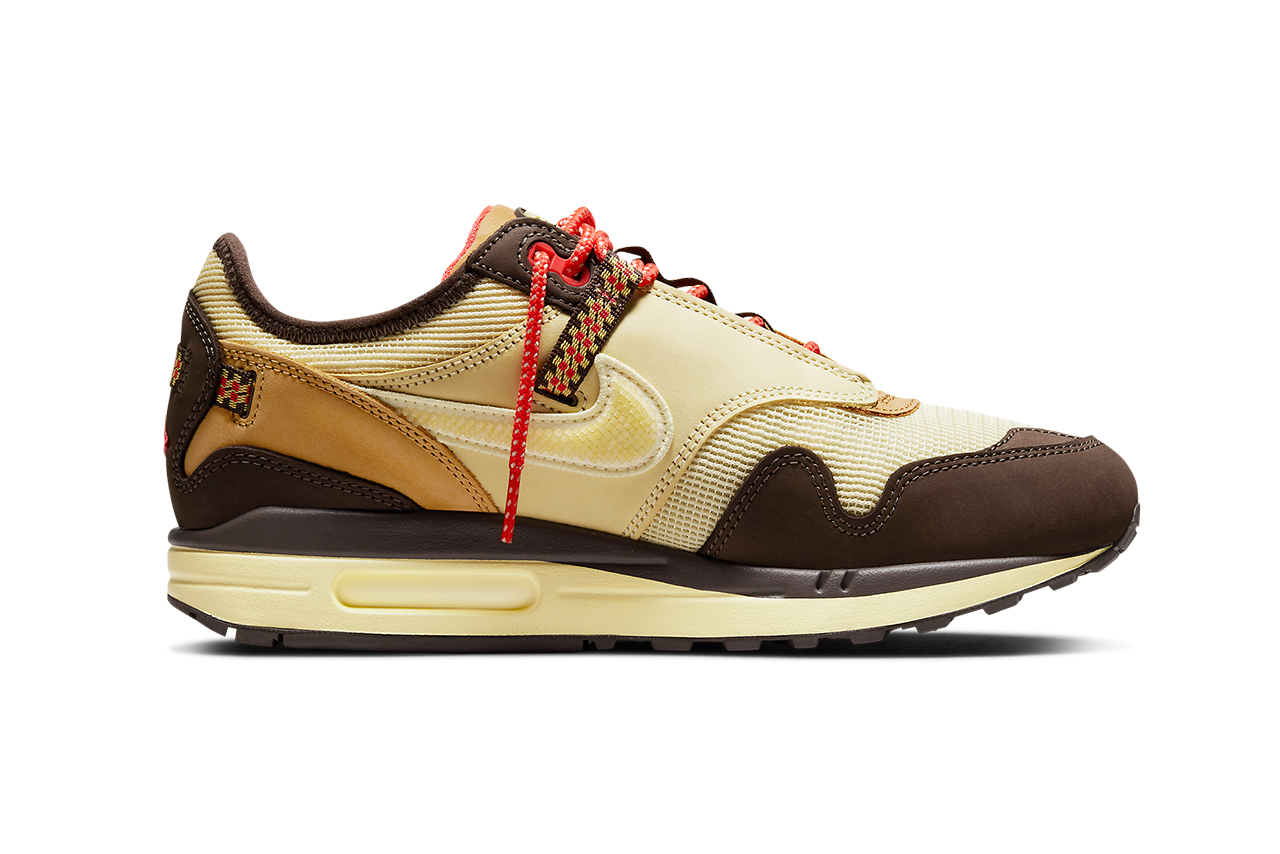 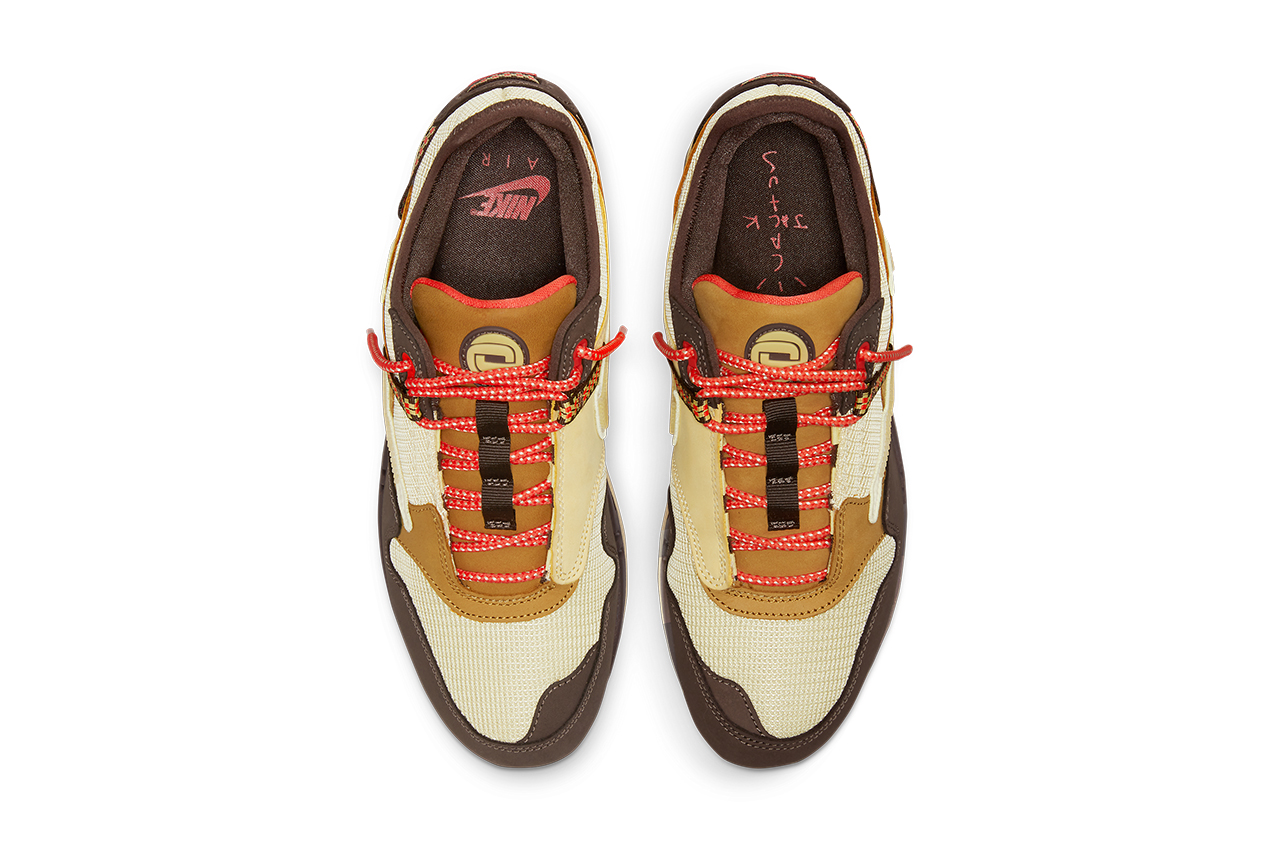 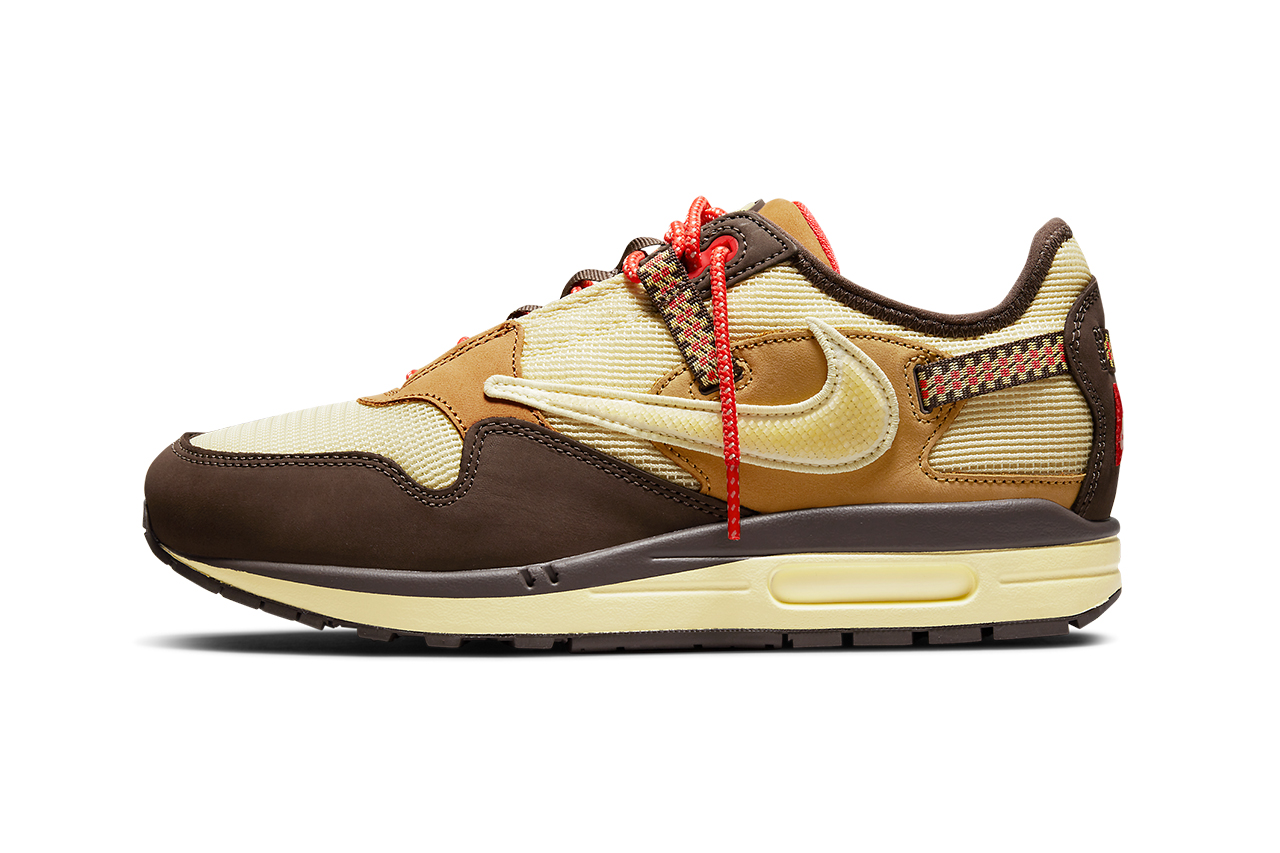 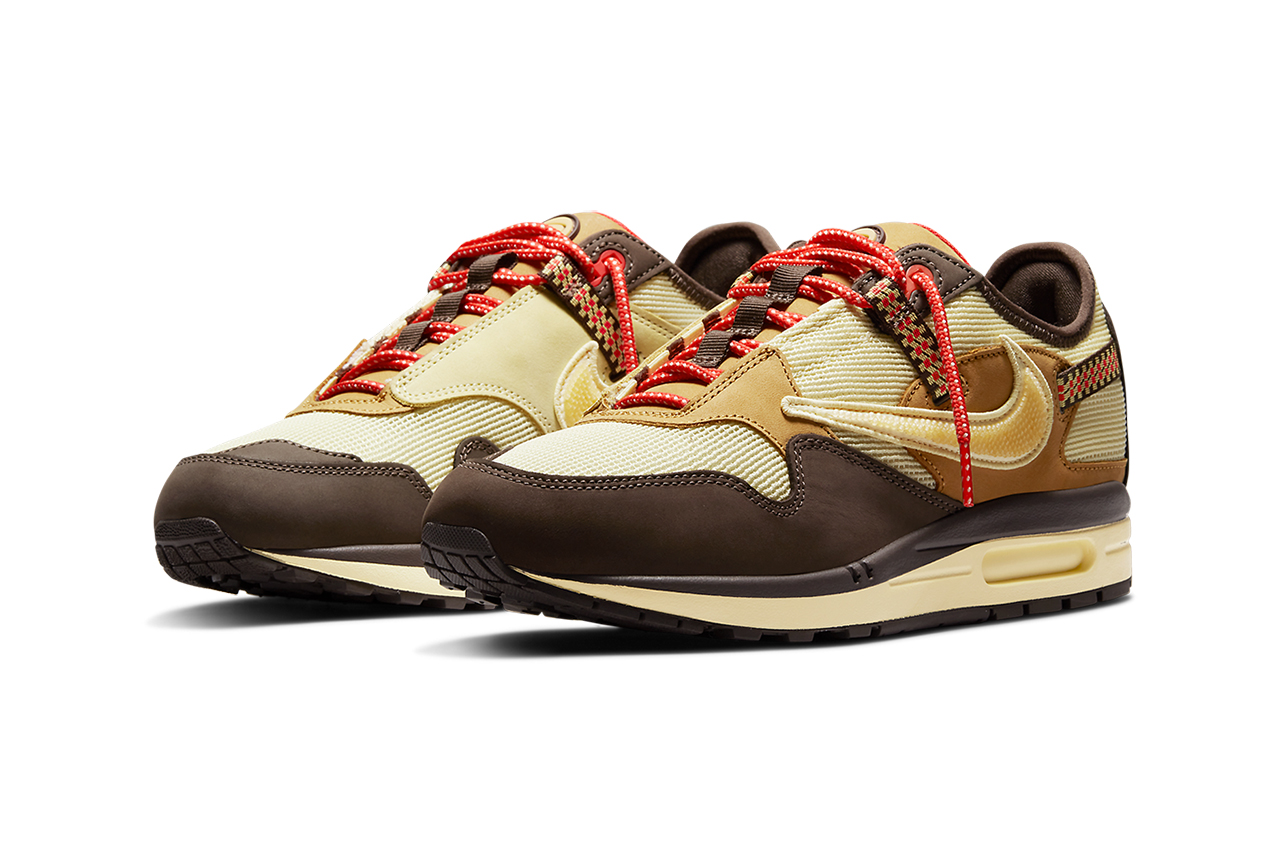 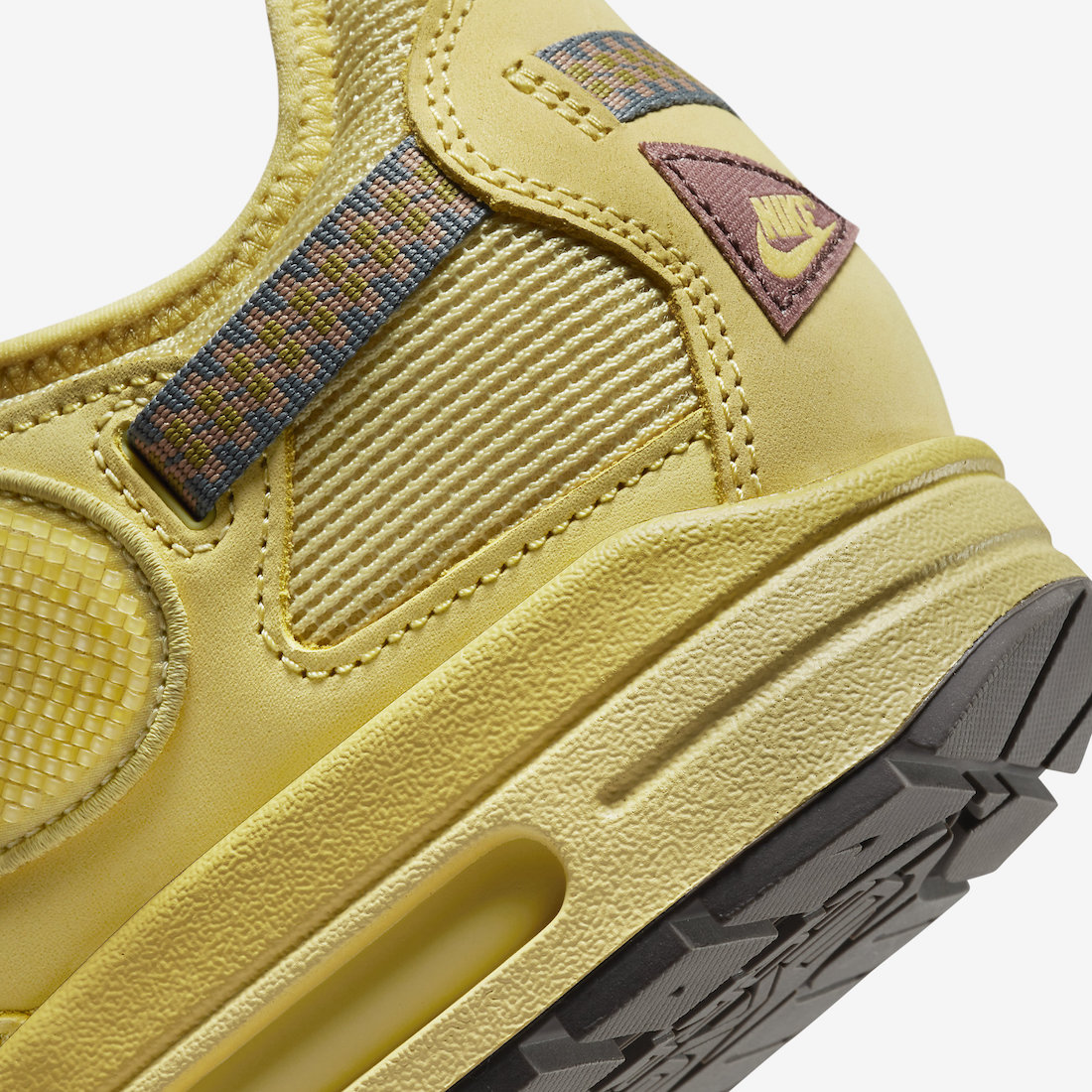