This is what the Vans tiger patchwork premium-pack looks like! 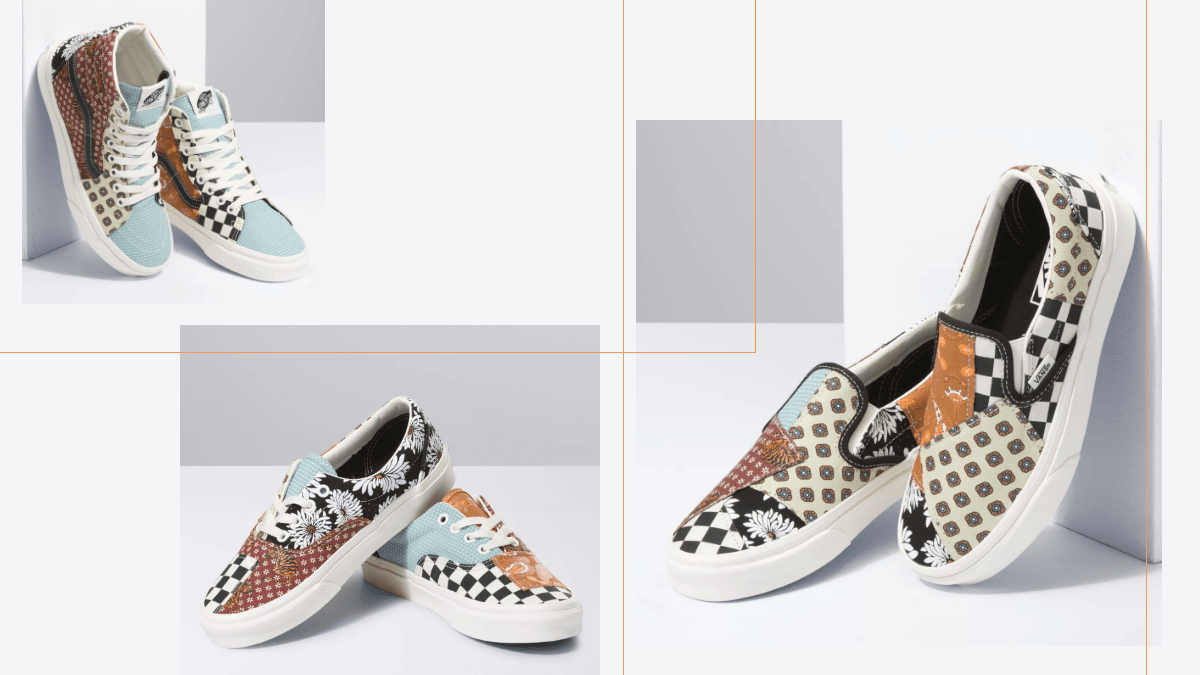 Guys, I got something really special for you today. Vans launches their new tiger patchwork premium-pack and I personally am blown away! The shoes, a total of 3 popular silhouettes from Vans, not only have a really good look but also a message. With this pack, Vans pays tribute to the movement of DIY and do-it-yourselfers, as they say themselves! The sneakers therefore present themselves in a mix of unexpected patterns and materials, whose combination presents a handmade patchwork style!

The sneakers celebrate their release on July 21st, 2020 with a Sk8-Hi, a Vans Era and a Slip-On model in the style I just described. If you want to know how it looks like in detail, then scroll down in any case. For all of you who are already as convinced as I am: In our release calendar you will find all information about buying the shoes as soon as it is time!

Above you can already see it a little bit: Patchwork is really the program with the sneakers. Here the famous checkerboard pattern meets paisley. Also the whole thing is combined with different flower patterns, checks and also the tiger after which the pack is named literally sneaks around on the silhouettes. In addition, the upper has a patchwork look and some pieces of fabric have been sewn over others. But let's have a look at it in detail!

As mentioned in the beginning, Vans celebrates the craftsmen and people who work in the world with the new tiger patchwork premium-pack. As well as the DIY (do it yourself) movement that is all around us right now! The result is a striking look, which is very special, but also looks quite nice! The three silhouettes all come in the same colorway, but still they differ in style. One of them got more of the pattern, the other one got more of the other and also the patches and colors are distributed differently. Do you already have a favorite?

The silhouettes are as individual as the patterns. The Sk8-Hi model stands out with its high cut and well-known charm, while the slip-on can present the patterns on a large surface and offers its usual comfort. The Era Silhouette is also a legendary Vans product. It was first launched in 1976 and has since then not only inspired skaters, but has also become an integral part of street style! The shoes are all comfortable I can tell you that from my own experience! So you can easily choose the sneaker that suits you best!

Vans - Do it yourself stands out

Also the history of Vans which starts in 1966 in Anaheim, starts with hard work and people who can get to work. At that time brothers Paul and Jim Van Doren together with some partners opened the gates to the first Vans factory. It didn't take long before the first skaters became aware of the shoes that were great for the board. Today you can see Vans sneakers not only in the skate park but also on the streets of the world and that in great numbers. A great brand with chic models and values that have shaped a culture.

We celebrate together with Vans and their tiger patchwork premium-pack all craftsmen and DIY fans out there! And we are looking forward to see you guys share your new style with us! Post your new Tiger Patchwork Vans with the #sneaker find on Instagram!