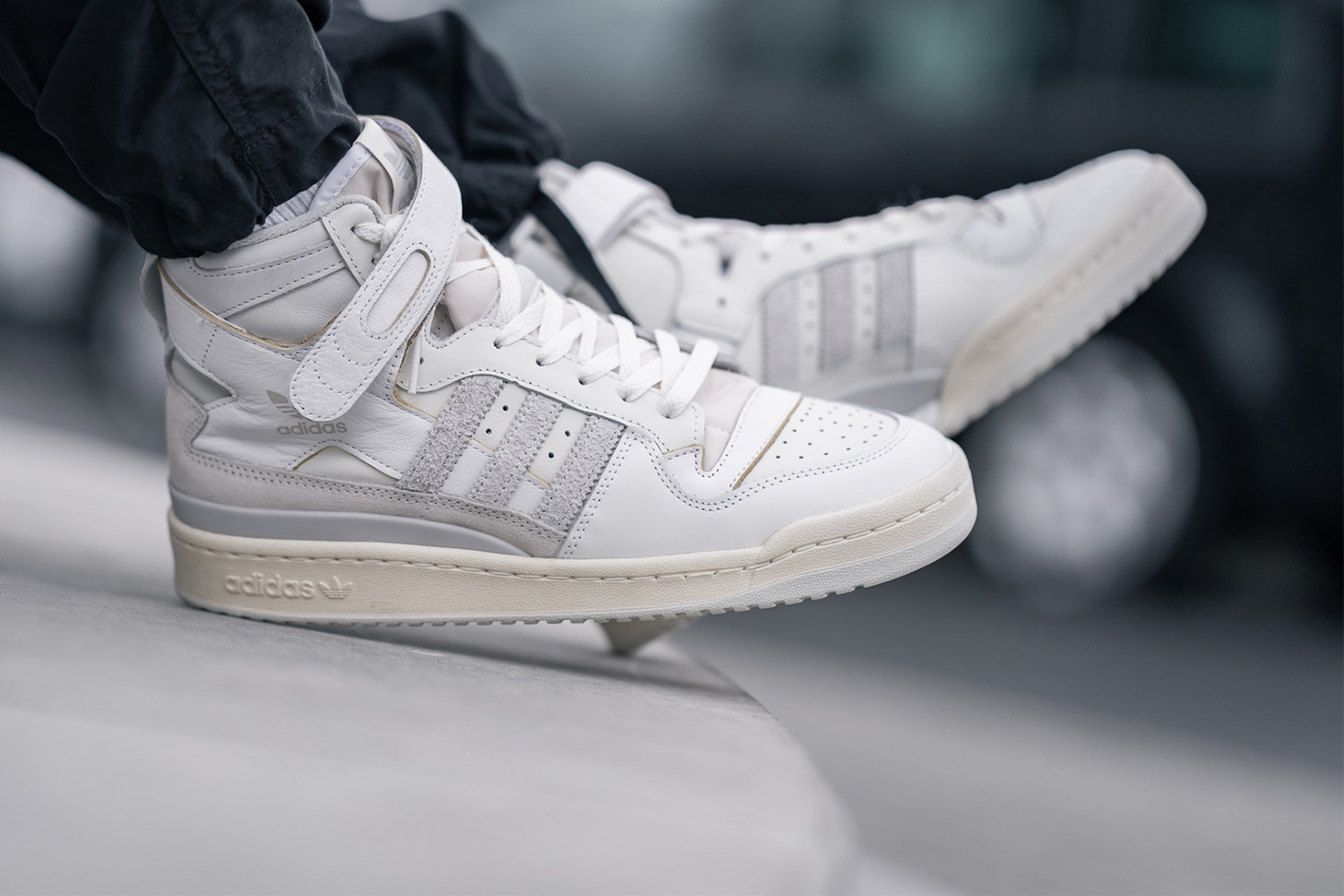 What goes around, comes back around! The adidas Forum is back in the race for the most sought-after sneaker at the moment, which is partly due to the fact that it fits right in with the returning vintage eighties trend and partly because of its strong, resilient materials, good workmanship and clean appearance.

What could be better than a sneaker that is sporty but still appears as a street and lifestyle item? Almost nothing! This has also been discovered by stars like Bad Bunny, who is partly responsible for the hype with his adidas Forum collabos.

Here we tell you where the silhouette comes from, what makes it tick and introduce you to the different adidas Forum models including their characteristics. Quick question… What does Michael Jordan have to do with the adidas Forum? We'll tell you.

But in the end, it all depends on you… which adidas Forum model suits you?

The concentrated drone of adidas Forum in all shapes and colours can be found here. Definitely worth a trip.

Where does the adidas Forum come from?

First released in 1984, the adidas Forum really made a wave. With its origins in basketball, of course, it was Michael Jordan himself who won Olympic gold with the shoe before he had even played an NBA game. Afterwards, he called the model his favourite shoe.

After being almost forgotten, the Forum made a comeback in 2009 with a collaboration with DefJam on the occasion of his 25th stage anniversary. Stan Smith is also involved. The model also attracts attention outside the basketball and hip hop scene and is increasingly spotted on rolling boards in skate parks.

Since the beginning of 2021, the Phoenix has once again risen from the ashes and is conquering the sneaker market. Primarily pushed by the collabo with Latino rapper and world star Bad Bunny, but also other collabos and OG looks, the Forum became a class hit. The technology of the time was improved again and other versions were added in addition to the OG.

What does the adidas Forum stand for?

The adidas Forum stands for progress, resilience and tradition, but also for diversity, emancipation and creativity. It masters this balancing act with flying colours!

Why progress? French designer Jaques Chassaing was himself a passionate basketball player and was bothered by the frequent ankle injuries, so he took the stabilisation straps used in physiotherapy into account when designing the Forum. This is how the strap made it into the design of the shoe.

He also analysed all the different types of players and developed the perfect silhouette based on his findings.

Diversity, creativity and emancipation? There are examples. A very fitting one is adidas' action in the course of the release of three new colorways in 2021, in which young female photographers were given the chance to shoot a selected model in the new models, including location and storytelling.

The photo story was shared by adidas to raise awareness about the under-representation of women in the creative industry. The adidas Forum also stands for a political statement and movement.

Available at marketplaces
View all retailers
€69 €141

Available at 12 webshops
View all retailers

Which adidas Forum model suits you?

Available at 11 webshops
View all retailers

Whether you've found what you're looking for or not, one thing is for sure…. the adidas Forum models are a festival of diversity and emotion and that's what we at Sneakerjagers celebrate so much about the silhouette.