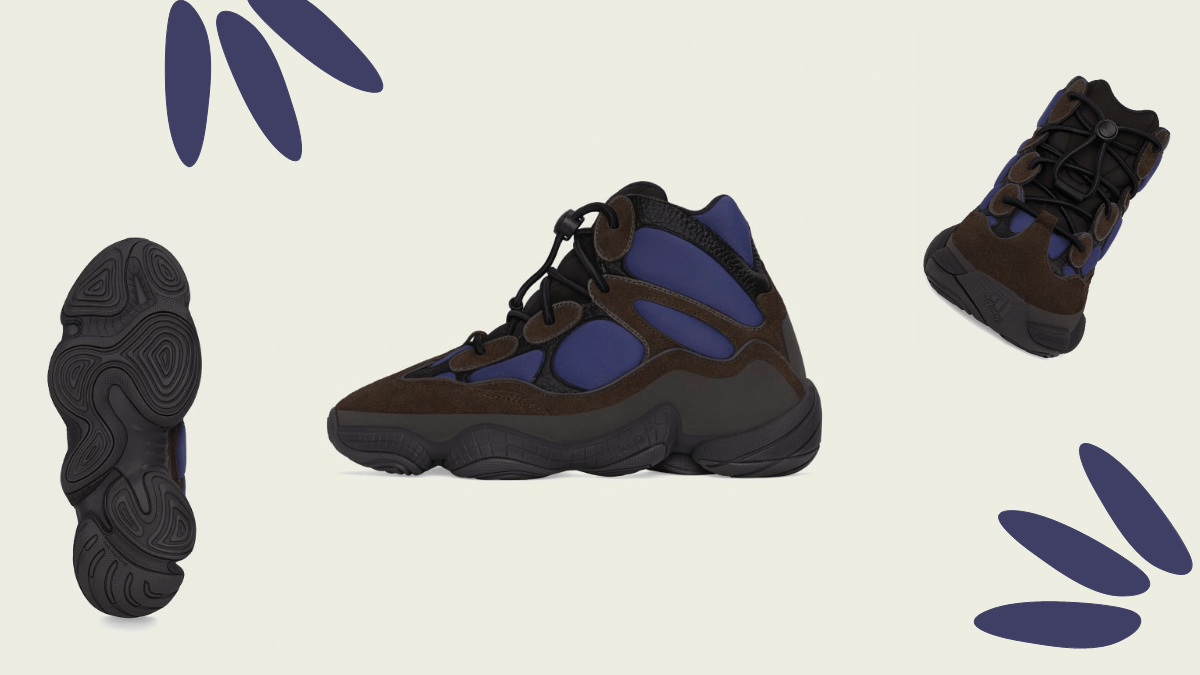 New week - new Yeezys! Lately we're beginning to realize that Kanye West definitely wants to keep his promise. Because everyone who wants a Yeezy should get one! And how could that work better than with lots of new shapes and colorways?! Okay, but is this really a yeezy? I wouldn't have known that at first glance, would you? Because the adidas Yeezy 500 High 'Tyrian' come as boots this time. You can find out exactly what it is, here:

Release details: The new adidas Yeezy 500 High 'Tyrian' will celebrate its release on May 16, 2020 at 08:00 am at adidas and many other retailers. For a price of €220 you can call them your own soon. Click on the button down below to get to the Yeezy in our Release Calendar. There you will also find a list of the different retailers:

If you are still with us now, all further information about our new Yeezy 500 High, its colorway and all its details are coming now. Let's go!

We are not used to see such a Yeezy from adidas and Kanye West! Because we get really nice boots! The absolute contrast to a Yeezy Boost 350 V2. Reminds a bit of a military boot, doesn't it? If you want to know more about all Yeezy models, Le has created a really good overview for you. Probs go out to @le!

But now back to our new Yeezy 500 High in the colorway 'Tyrian': As I mentioned before, we get boots, but the ones for the summer? Isn't it too warm? Well, who wants to be beautiful has to suffer - that's what my mum would have said! The Yeezy comes with a rubber outsole and also with an AdiPrene foam midsole! AdiPrene? What the hell is that? Where did the Boost go? AdiPrene is a cushioning technology just like the well-known Boost from adidas. Because with it, you will be able to walk through life comfortably, just like with the Boost.

On the upper we find a material mix of mesh, leather and nubuck. The color play on the upper represents a combination of both extremes. On the one hand we have the dark, gloomy brown, the black sole and the black laces, which can be easily put on and off. On the other hand the cooler and more colorful blue, which gives the shoe it's certain charm. All in all it's an allrounder for all weather (except maybe 30°C in the shade).

Why don't you take a look at this fancy piece yourself now? Once again adidas and Kanye did a great job and surprised us with a Yeezy of the other class. I'm curious to see what will happen with the two collaborators in the near future. Click on the picture or the button to get directly to the shoe:

Are you perhaps not only interested in the Yeezys themselves, but also in the whole story behind the shoes? Because Le has prepared even more for you. In our Newsblog you can also read the cool story about Kanye West and his popular Yeezys. Just have a look, it will be worth it!