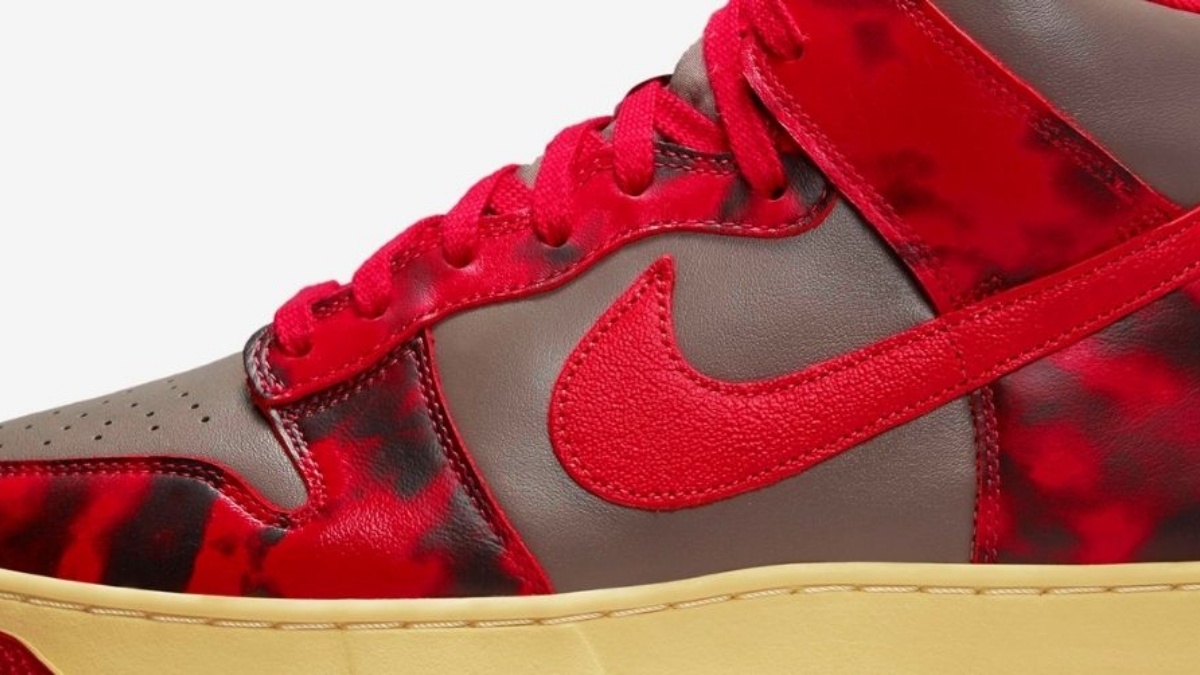 The Nike Dunk High 1985 'Red Acid Wash' is coming soon. The model gets a vintage look because of the yellowed sole.

Earlier this year, 2021, images of three different Nike Dunk High 1985s with an 'Acid Wash' theme surfaced. A yellow, white with black and red colorway passed by. This month, it's time for the release of the 'Red Acid Wash'.

The Nike Dunk High has a unique look. The base of the upper is dark grey. The overlays are in 'University Red'.

What makes the overlays special is that they have been acid-washed. This gives it a special effect. The red Swoosh has remained intact.

The sole is yellowed so that the sneaker really looks like it came from 1985. The outsole is red, as are the overlays and laces.