The New Balance 550 at StockX 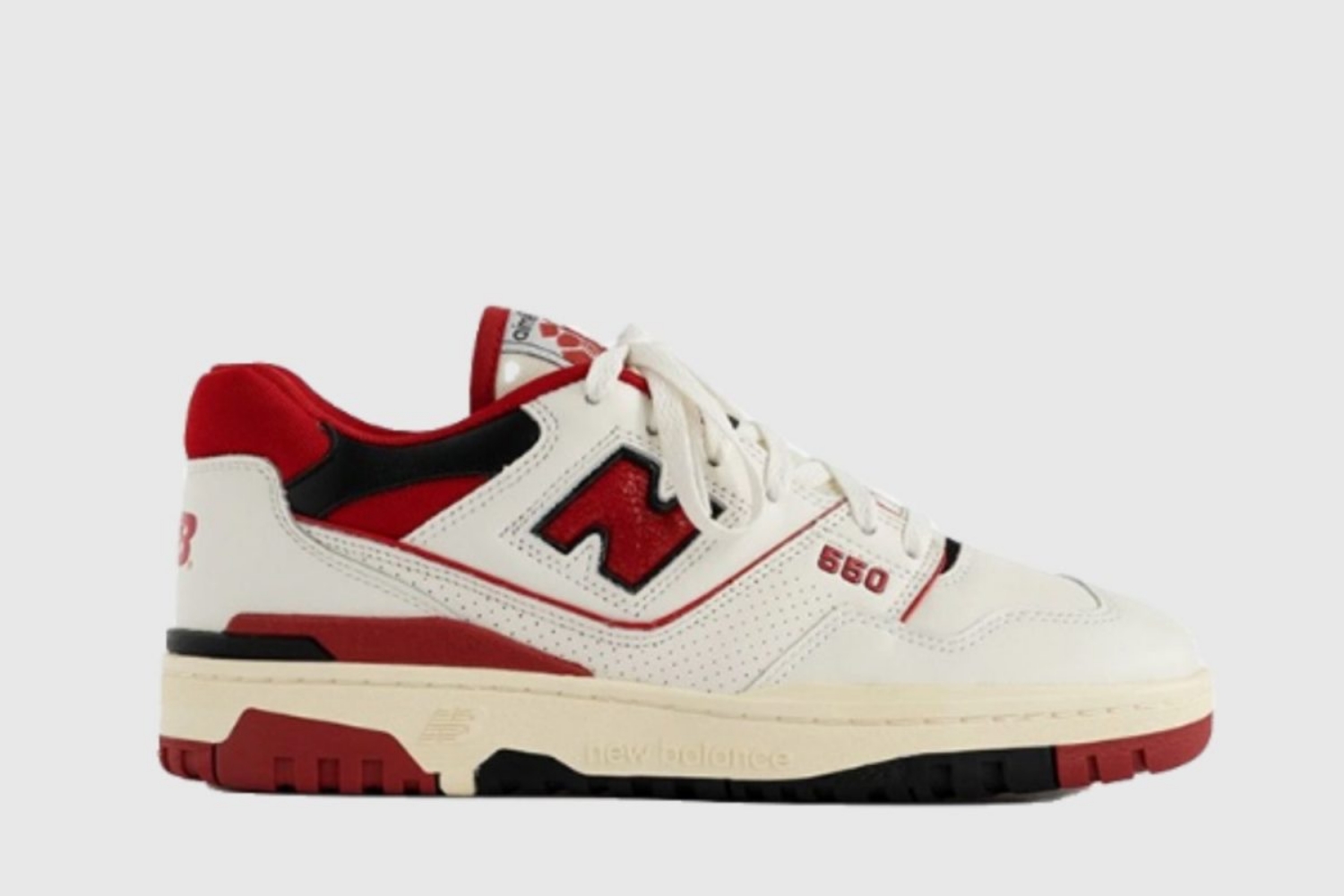 The New Balance 550 is back and has been given a bunch of colorways in 2021. The pair was designed as a basketball shoe and is now loved as a lifestyle sneaker. This model is also available on StockX.

History of the New Balance 550

New Balance was founded in 1906 by William J. Riley. In the first years, the brand focused mainly on supporting shoes for people with foot problems.

In 1934, Riley teamed up with Arthur Hall, who designed models for workers who stood or worked all day. New Balance started designing sports shoes for sports like basketball, football and running in 1941.

The New Balance 550 was released for the first time in 1989. The sneaker was originally designed as a basketball shoe and was originally called the 'P550'. The model has a low silhouette and is made of premium leather. The well-known N-logo is also printed on the middle panel and gives the shoe a retro look.

In 1989, New Balance was mainly known for their running shoes. Models like the 990 and the 1500 were very popular and when the 550 came on the market, it was not received with open arms. The 550 was therefore not very popular, except in Europe, where the design did catch on.

Some 30 years after the first release of the 550, the sneaker made its comeback in 2020. The retro pair was put back on the market by clothing shop Aimé Leon Dore. The New York-based shop has collaborated with New Balance on several occasions and came out with the updated NB 550 in October 2020.

Founder of Aimé Leon Dore, Teddy Santis, is a big basketball fan himself and wanted to bring the model into the fashion world. "Took us a couple years and a lot of work to bring this shoe back," the designer told on social media. "Everything about the 550’s and what they represented felt like this would be the perfect romance to activate SONNY and the ALD grassroots basketball program."

The first New Balance pairs were given four different colorways. They featured the retro colours green, blue, red and grey. All four sneakers had a yellowed sole, which gave the models a vintage look.

Soon after its initial release, the pair was well received and in 2021, Aimé Leon Dore came out with new colorways of the model. Here, the N-logos were given a yellow and red colour, but the sneaker kept its current design. The brands Size? and AURALEE also came up with their own designs of the New Balance 550.

Today, the 550 is back in fashion. The sneaker that was originally designed as a basketball shoe, has become a popular model nowadays. On StockX you can find all these 550 models. StockX also checks all the items they receive and the New Balance are guaranteed authentic.