The best New Balance collabs of 2021 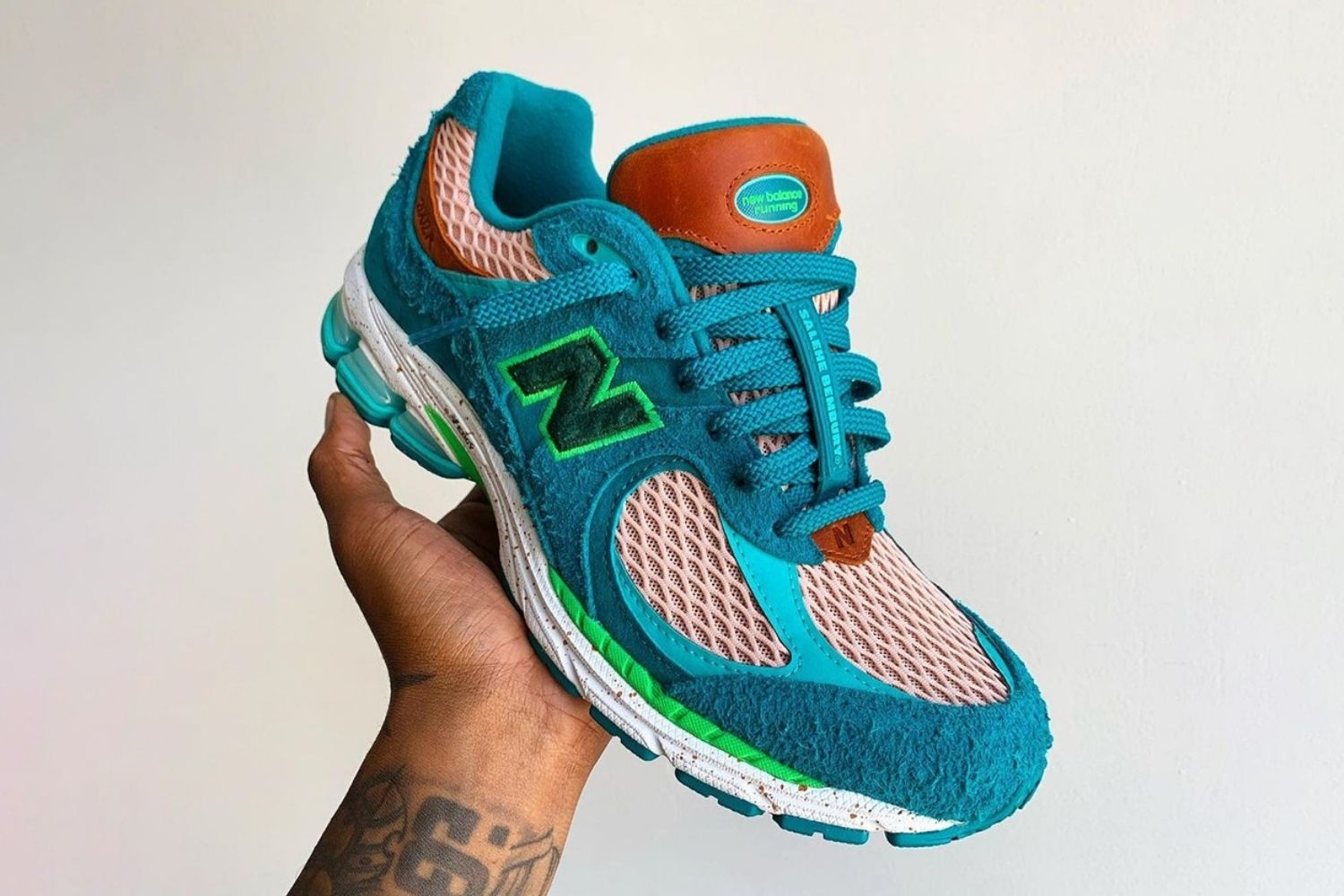 The year 2021 was a good year for New Balance. The brand launched new models, released Anniversary packs and last but not least, had a lot of successful collabs. From Salehe Bembury to JJJound, these are the best collabs of 2021.

In the year 2021, New Balance released a lot of unique pairs. New Balance was founded in 1906 and in the first years, it focused on shoes with a supportive function. In the 50s, the brand came up with sports shoes and since then, the brand has made its name worldwide. Also in 2021, the brand came out with a lot of iconic models.

The NB model 990 celebrates its 40th anniversary in 2022. In 2021, New Balance already released a number of 990 pairs for this anniversary pack and also the collabs were very popular. Different artists and designers have been able to express their creativity on the New Balance silhouettes. Here are our favourite collabs from 2021.

This pair has been given a classic silhouette and a retro look. Released in April, the sneaker definitely deserves a spot in this list of the best collabs of 2021.

Salahe Bembury 'Water Be The Guide'

The 2002R model received a colourful makeover in 2021. Shoe designer Salehe Bembury released his first design with New Balance in 2020, and the designer has also designed several models in 2021. The 'Water Be The Guide' was released in June 2021 and has a striking look. Like many of Bembury's designs, the model is inspired by natural elements.

The sneaker combines different materials and is bright blue in colour. The 2002R model was also used in the 2020 collaboration and was also given a colourful design.

The Basement has also received a makeover in 2021. The Basement is a community in London and has been active since 2013. The community started as a Facebook group and brought streetwear fanatics together. Soon, the group grew to a community of tens of thousands of followers who all share the same passion.

The 2002R in collaboration with The Basement was released in two colorways. For the community from London, this was the first collab with New Balance. The 'Olive Black' in particular deserves a spot among the top collabs of 2021 and has a clean design.

AURALEE also came up with a new colorway on the New Balance 550. After the releases of Aimé Leon Dore, the Tokyo atelier also designed their own 550 pair. Auralee is known for its minimalistic designs and this is also reflected in this collab. The sneaker has been given a Pistachio/Ecru colorway and has a retro look.

The pair was released in July 2021 and with its minimalist look is definitely a good addition to the shoe wardrobe.

The NB 990 model celebrates its 40th anniversary in 2022, and JJJound has also responded. The 990v4 is navy and combines different shades of indigo. Justin Saunders, designer at JJJound, is known for his minimalist designs. This is also reflected in this model. The combination of black details and indigo shades makes it a very unique sneaker.

The New Balance pair was released in October 2021 and is not the first collab by the two names. In 2020, the two names released two colorways of the 992.

Designer and creative director Joe Freshgoods also collaborated with New Balance on a 990 pair. The Chicago-based designer is known for his use of bright colours in his designs, and so it is in the 990v3. The model is mainly brown and combines the colours green and blue in the upper. The wavelet pattern on the tongue gives the trainer an extra twist and also the bright green outsole contrasts well with the brown.

The Joe Freshgoods x 990v3 was released in September 2021 and certainly deserves a place in this list.

The second model that Salehe Bembury has given a makeover is the 574 'Yurt'. The first model of this pair was released in October 2021 and came in a 'Shark Skin' colorway. The 'Yurt' has been given a distinctive design, and the ventilation system on the heel in particular is a striking detail. This vent lets air out with every step and can also be used as a whistle.

The 574 'Yurt' has been released in two colorways and both have a very special design.

The sneaker combined the two brands' strengths, and New Balance and Stone Island show how they continue to innovate in a creative way in the RC Elite V2.

The New Balance 2002R 'Protection Pack', unlike the previous pairs, is not a collab. Still, this pack had striking designs and definitely belongs to the top NB sneakers of 2021. The pack consists of three colorways and has a striking design. The sneakers have an embossed upper and are designed by Yue Wu.

Although the 'Protection Pack' was not part of a collab, the three pairs definitely deserve a place in the top New Balance releases of 2021.

In conclusion, the year 2021 was a very successful year for New Balance. The brand has had a lot of successful collaborations and also in the future, some great sneakers are waiting for us.