The Air Jordan 6 'Electric Green' has a flashy colorway ⚡ 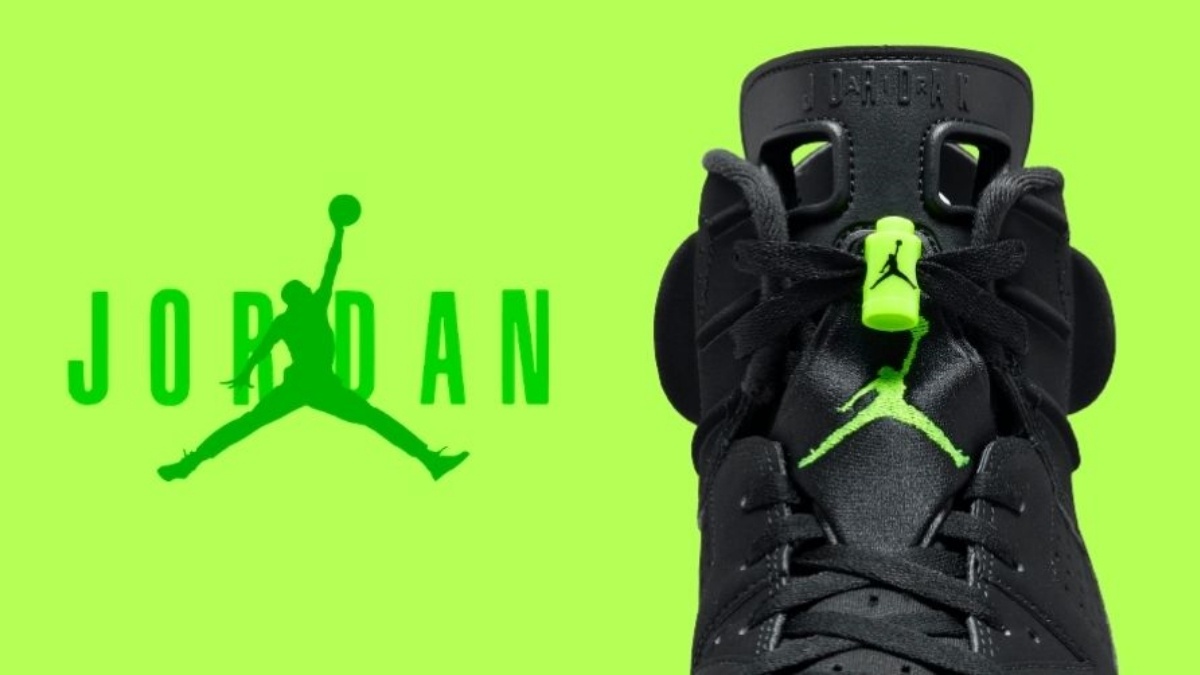 We recently saw the re-release of the Air Jordan 6 Retro 'Carmine' for Jordan's 30th anniversary. The OG Nike Air logo was brought back on the heel of the shoe for a special touch on this release.

Jordan continues to release other designs on the Air Jordan 6 this year. The first images of the 'Electric Green' colorway have been shared. The colorway is very similar to the previously released black Air Jordan 6 Oregon PE. This pair was very exclusive and got the Oregon logo on the heel. This logo will not be seen on the new model. Besides the black colorway of the Oregon design, a white version was also made.

The sneaker have been made almost completely black, but the design also contains details in the striking 'Electric Green' colour. This bright green colour can be found on parts of the sole and tongue. The Jumpman logo on the heel is made black, while the other Jumpan logos on the tongue, inside and outside of the sole are painted bright green. In addition, beige-like parts have been used on the sole that have been made semi-transparent. Between the rear part, the well-known AIR Bubble can be seen. Finally, the material of the sneakers consist mainly of nubuck.

The Air Jordan 6 'Electric Green' is expected to be released around the summer, probably on 5 June 2021 for €190. Keep an eye on the Sneakerjagers Release Calendar so you don't miss the exact release date!