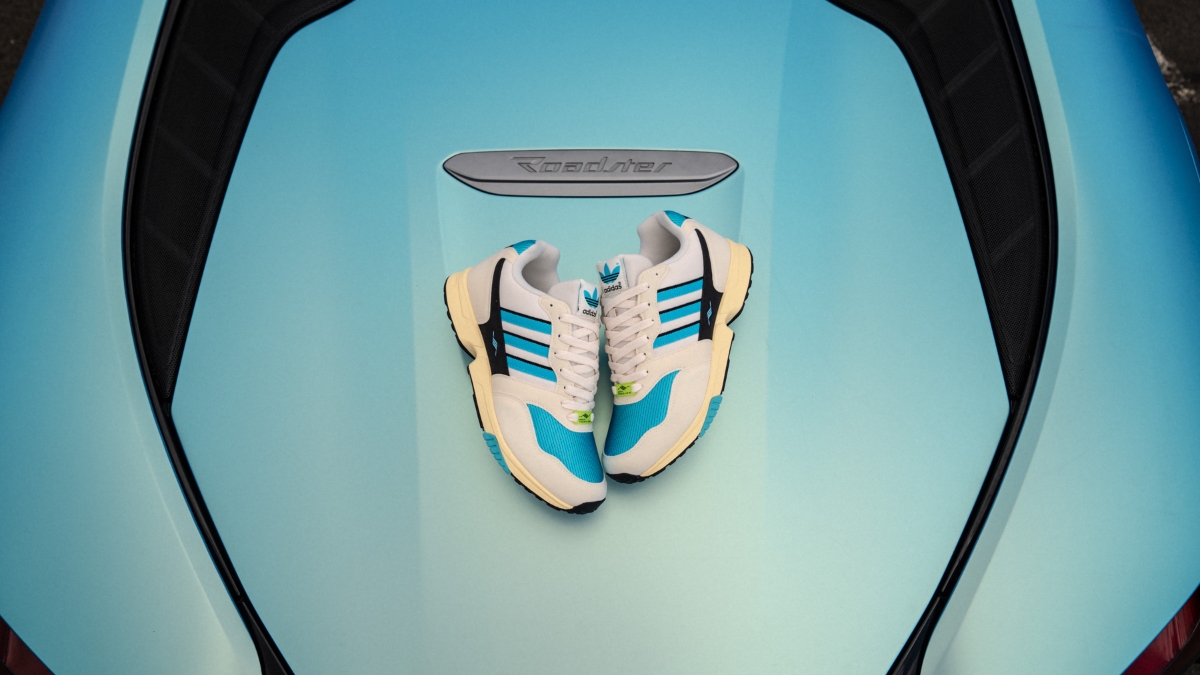 Huhh bro, there's only the adidas ZX 10 000 and no adidas ZX 1000 C or anything like that!' Yeah first things first 'Hola' to my dear community and yes that was my discussion today with my bro @kevin here in the office in Amsterdam. But yes, I was right and the adidas ZX 1000C Retro in 'White & Blue' is going to release soon. And it's not a new adidas silhouette! But yes, more about that later!

Here you can find an overview for the release: (Click on the button below to get to the retailer list!)

Re-Release from the OGs!

The history of the adidas ZX family goes way back in time! In 1984, the new design was build to meet the needs of the runners as best as possible. Today you see adidas ZX models in street style and on the streets of the world, but their origins in sport are still fundamental. That's why adidas has now turned a few screws and with the new ZX models you are not only fashionable but also innovative and superbly equipped.

from the best @maren, Sneakerjagers DE

adidas has come up with something special this year! Due to the virus this adidas campaign has been postponed. But of course adidas is not only bringing one sneaker, but a whole package (A-ZX series)! The start make the adidas ZX 1000 and the sneakers will be launched on August 07, 2020!

Now the A-ZX series comes again and will accompany us until 2021! Our partner asphaltgold has uploaded a mega nice video on their IG-TV! Below you can find the vid and its a must watch!

By the way: The A-ZX series (A to ZX) consists out of 26 kickz. From 2008 to 2009 the adidas ZX Kickz were released and were 'redesigned' by adidas partners.

Let's take a closer look at the Kickz together! adidas brings the ZX 1000 with a suede upper and the beige colour perfectly matches the current 'vintage' trend. The toebox, as well as the heel, is made of a sky-blue mesh with pinstripes - nice and simply just heavenly! Also you can find on the heel the adidas branding. The well-known 3 stripes on the side panels are coloured blue and black. As with every adidas ZX, the torsion shaft on the bottom sole is a must! The Torsiongrip divides the sneaker into two parts and gives your feet the optimal cushioning. So this is a perfect shoe and is going to replace your current kickz for sure.

If the pics of the kickz above are not enough for you, then take a look at the mega nice photos of 'Overkill'! Enjoy!

So this article that's it of the adidas ZX 1000C ends! If you want to know when the next kickz from the adidas A-ZX Pack is going to be released, have a look at our Sneaker News or even better at our mega nice Release Calendar! Let's Go!