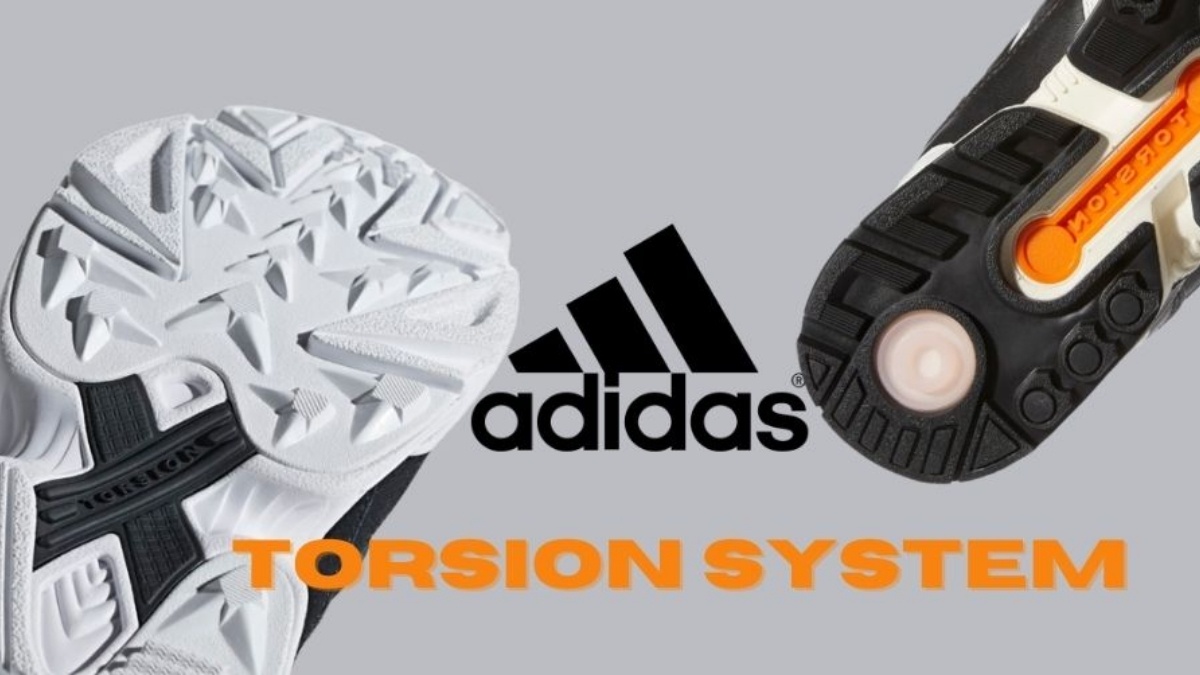 In 1988 adidas came out with the Torsion System for the first time. This technology in the sole of the sneaker has already left its mark on several models and remains popular to this day.

The Torsion systeem works as follows: The sole with this system is divided into three parts. The forefoot, midfoot and heel. When you take a step, your foot rolls, as it were, from toe to heel. This causes a lot of pressure on the foot, which can lead to injuries, especially in marathon runners.

The Torsion technology provides a bridge between the forefoot and the rear foot. By supporting the midfoot, the foot rolls off more easily when running. On the bottom of the sole, you can often see a kind of 'bridge' that connects the front of the sneaker with the back. This connection is made of TPU-materials.

The adidas Torsion system has been introduced on several models. For example, several ZX models like the ZX 5000 and the 6000 have received this technology. With the design of different models, Torsion sole could slightly differ per pair and you can choose the one that best fits your foot.

Now the technology has got its own collection and you can get the 'Torsion TRDC' and 'ZX Torison' at adidas. This supportive midsole can also be found on the 'Falcon' and the 'ZX Flux'.

Since the 'Torsion System' was released in the 90s, the technology has been found on many different pairs. However, Torsion has been overtaken in the field of running shoes and the technology surrounding midsoles has continued to develop. For example, the adidas 'Ultraboost' are very popular these days. These silhouettes have been given a 'Boost' sole that promotes energy return.

In the new 'Ultraboost 21', the two technologies come together. These models share the 'Boost' sole and have the bridge technology of the Torsion System. These make the sneakers very suitable as running shoes and are therefore also very popular among marathon runners. In addition, the system has also been seen in various basketball and tennis shoes.

The technology is not only loved on the race track. The adidas 'Falcon' and 'Originals ZX' are also very popular as everyday sneakers. The pairs have a classic silhouette and are suitable for every outfit. There are a lot of different models with the system, so there is a suitable pair for everyone.

Check out the sneakers with the 'Torsion System' on the website of adidas. If you want to read more of these kinds of articles, take a look at our blogs. Also don't forget to follow us on Instagram, Twitter and Facebook and stay up to date with the latest sneakers and news.